Today our family traveled by car from Auckland, the largest city in New Zealand, to Coromandel, which seems to be the smallest village in the country! I just added the photos.

We had one stop at an absolutely fabulous shorebird/intertidal mudflat sanctuary; there were utterly thousands of shorebirds present. A few waterbird species I positively identified were PIED SHAG, WHITE-FACED HERON, ROYAL SPOONBILL, PARADISE SHELDUCK, GRAY DUCK, GRAY TEAL, BROWN TEAL, and PURPLE SWAMPHEN. Shorebirds seen included PIED and VARIABLE OYSTERCATCHERS, PACIFIC GOLDEN-PLOVER, SPUR-WINGED PLOVER, PIED STILT, BANDED DOTTEREL, RED KNOT, SHARP-TAILED and MARSH SANDPIPERS. The stars of the show, however, were the 1500+ BAR-TAILED GODWITS present feeding in large flocks at the preserve. Bar-tailed Godwits undertake the longest nonstop flight of any animal species on earth. Each autumn they fly over 11,500 miles from southwestern Alaska to eastern New Zealand and southern Australia. Not even the largest commercial jets are even capable of making that flight!

Here are some photos from the preserve, but take note that most of these aren't of good quality because the majority of them were taken from quite a distance. 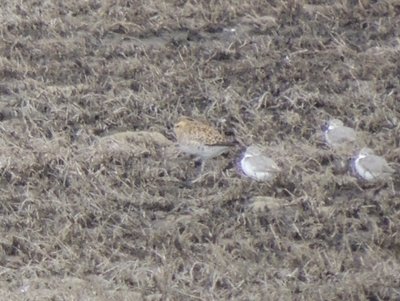 Here is a photo of a large group of shorebirds. This picture, however, doesn't even begin to represent how many shorebirds were at the preserve. 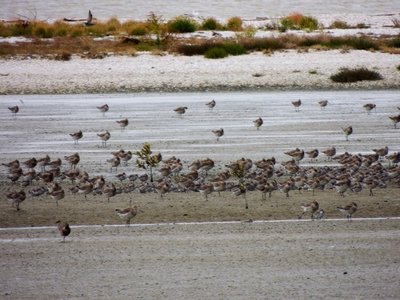 One of the many WHITE-FACED HERONS present: 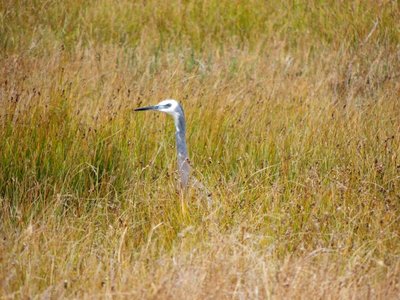 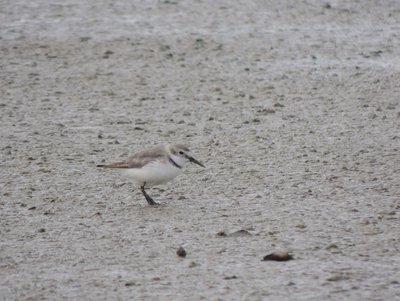 One of the few BAR-TAILED GODWITS that was friendly enough to come close to the birding blind: 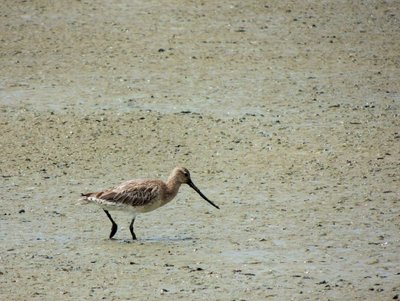 Our last stop was at a beautiful view along the highway. Here is a photo from the vantage point: 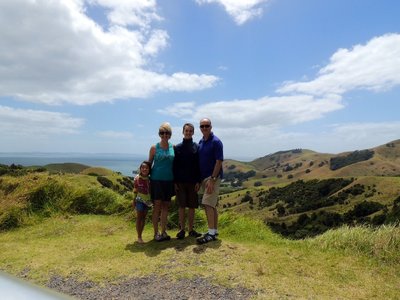 A few hours later, we arrived at our pretty little motel in the quaint town of Coromandel, which is located at the tip of a pristine peninsula that juts out into the Pacific Ocean. It is absolutely magnificent here. This is the view that we have from our motel overlooking the bay: 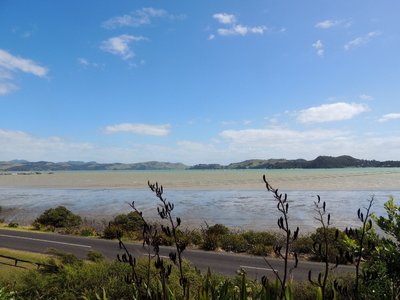 This evening we rode a train up a mountain to an amazing vantage point overlooking all of Auckland Harbor from the "other side" (looking AT Auckland this time vs. FROM Auckland). It was quite fun.

Bird-of-the-day to the many Bar-tailed Godwits because it was a humbling experience to be in the presence of so many of these wonderful birds. Stay tuned because tomorrow we drive to Tairua, another beautiful town with outstanding views located on the eastern side of the Coromandel Peninsula.

Thanks, Henry, for the birding pics! We are lobbying to support Sage Grouse territory out here in Colorado.....
your cousin Mary