Day 12: The Drive to Tairua

Today we drove from Coromandel to Tairua, a beautiful town on the southeastern Coromandel Peninsula. Our first stop was at this beautiful waterfall which was a short walk from the road: 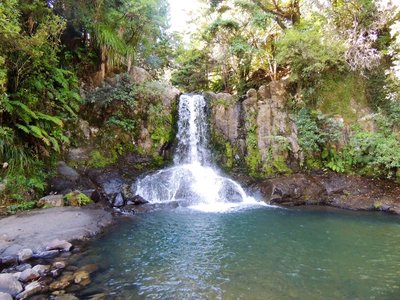 Our second stop was a walk with various groves of Kauri trees. Kauri trees can live to become almost as tall as sequoias, but these weren't nearly that tall, so I didn't enclose any pictures of the trees themselves. I did, however, see a few birds including NEW ZEALAND FANTAILS and a single GRAY WARBLER.

You can see clearly in this picture why this bird is called a NEW ZEALAND FANTAIL: 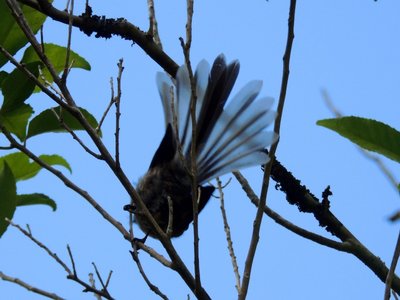 Then, our next stop was an impromptu one when I saw this beautiful SPUR-WINGED PLOVER pictured below. Also present were AUSTRALASIAN HARRIERS (also called Swamp Harriers) and numerous WHITE-FACED HERONS, but I didn't manage to photograph those species. Here's the plover: 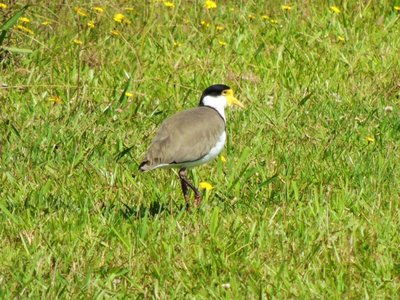 Our fourth stop of the day was at a beautiful beach where we saw this magnificent cave that you can walk through: 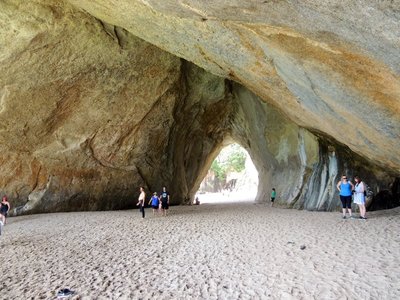 On the way back, my sister Pearl posed in front of a stand of huge Kauri trees: 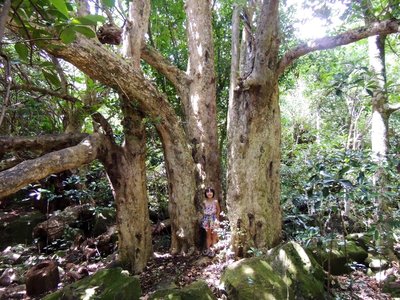 Our final stop before arriving at our motel was at this beautiful vantage point overlooking the ocean near the road: 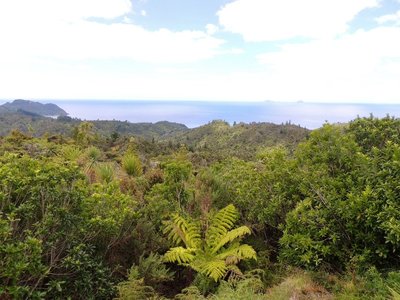 I also saw a GREY WARBLER, New Zealand's only warbler: 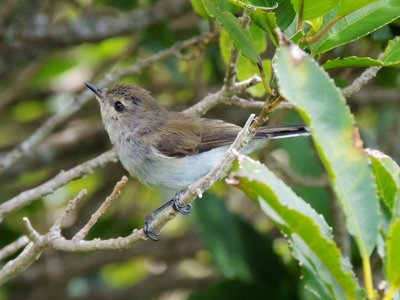 After unloading our bags at our pleasant motel, I headed down to the mudflats and started wading through the muddy, mucky, watery substance covering the bay because of the lack of water in low tide. I saw some absolutely phenomenal birds, including the following. 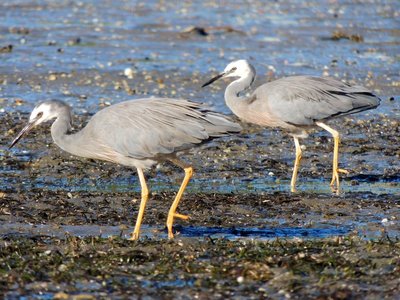 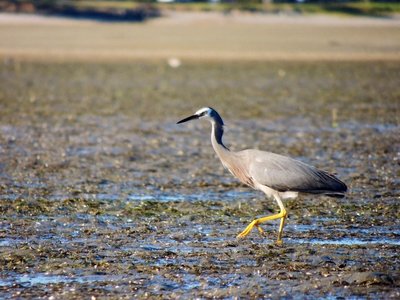 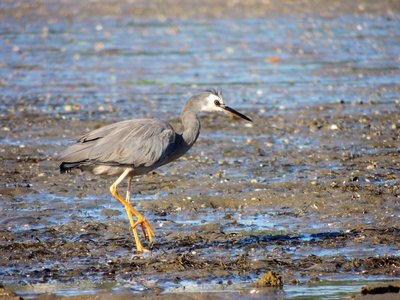 NEW ZEALAND DOTTERELS. It was nice to see this endangered species up close, even though if it was a bit muddy getting there. 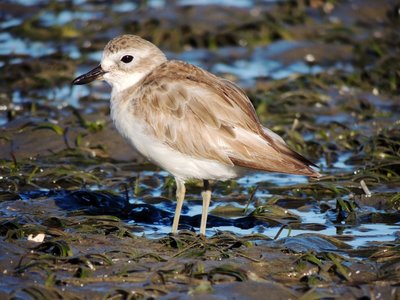 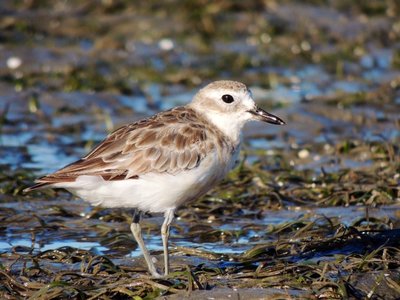 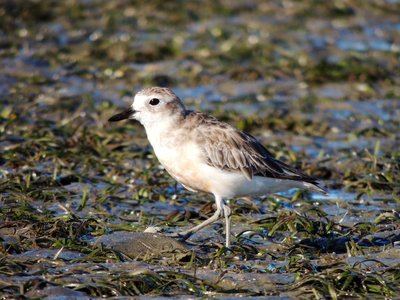 BAR-TAILED GODWIT. It was nice to see this amazing species again, and this time I got to be even closer to it! 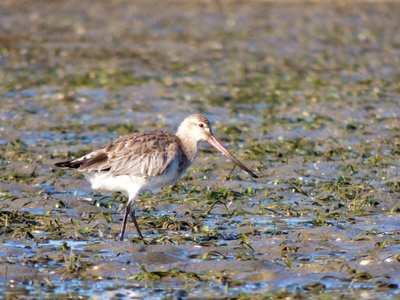 Later we took a small hike in a forested city park to a nice lookout on a rather high hill near the seaside. I heard a BROWN KIWI, which was an amazingly nice surprise, but again, I didn't see it. I did, however, see a few birds such as TUI, NEW ZEALAND FANTAIL, JAPANESE WHITE-EYE, and GREY WARBLER. 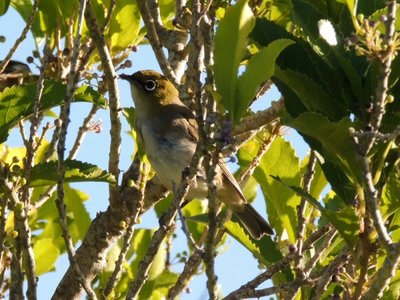 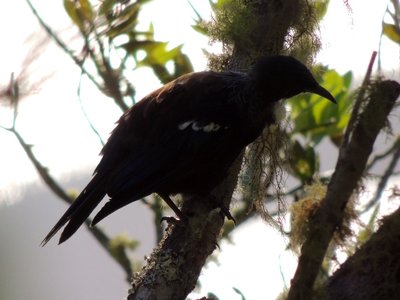 It was an amazing, nearly 360-degree view from the vantage point at the top of the hike: 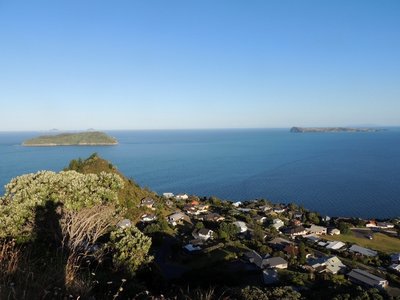 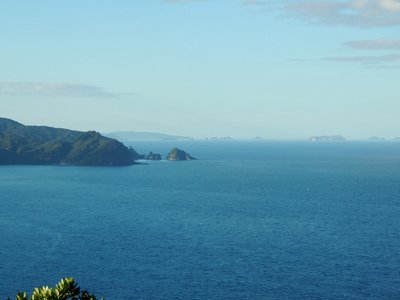 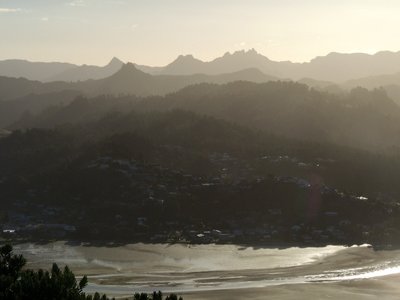 Bird-of-the-day to the life bird GREY WARBLERS seen today. Sorry, but the BROWN KIWI has to settle for second place today because this is now the second time that I've heard one but not seen one. Hopefully some other time I will get to see a kiwi!

Tomorrow we will drive to Rotorua, a geothermal wonderland, so stay tuned!