Today, I birded Fort Tilden in search of three life birds: Black Scoter, Parasitic Jaeger, and Black-legged Kittiwake, all of which have been recently reported from this serene location in the Far Rockaways. I would later head to Jamaica Bay National Wildlife Refuge to see what I could find there, too.

On the way to the beach at Fort Tilden to search for my life birds (all of which are marine species), I found this cute (one of many) YELLOW-RUMPED WARBLER beside the trail: 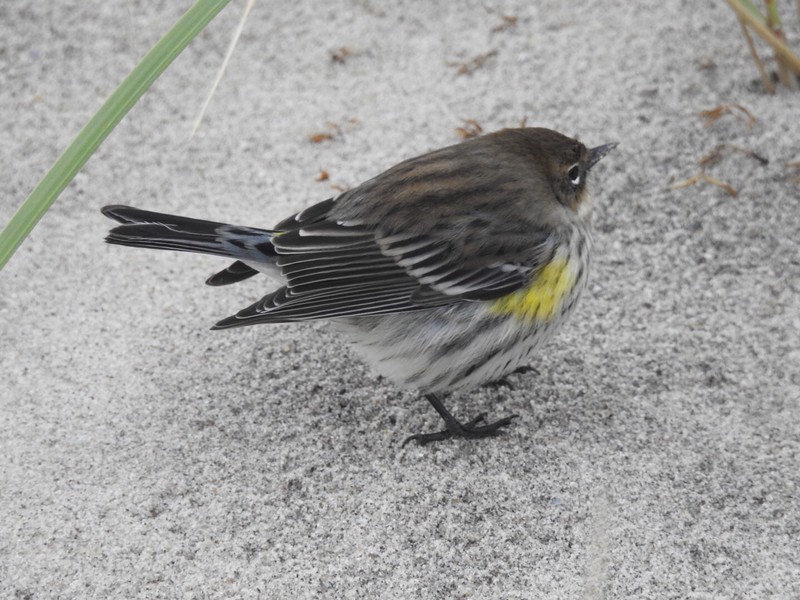 As soon as I got to the beach - BOOM! - a flock of black diving ducks flew by and I quickly zoomed in on them. They were all-black with bright orange bills, and proved to be my hoped-for life bird BLACK SCOTERS!!! How cool! 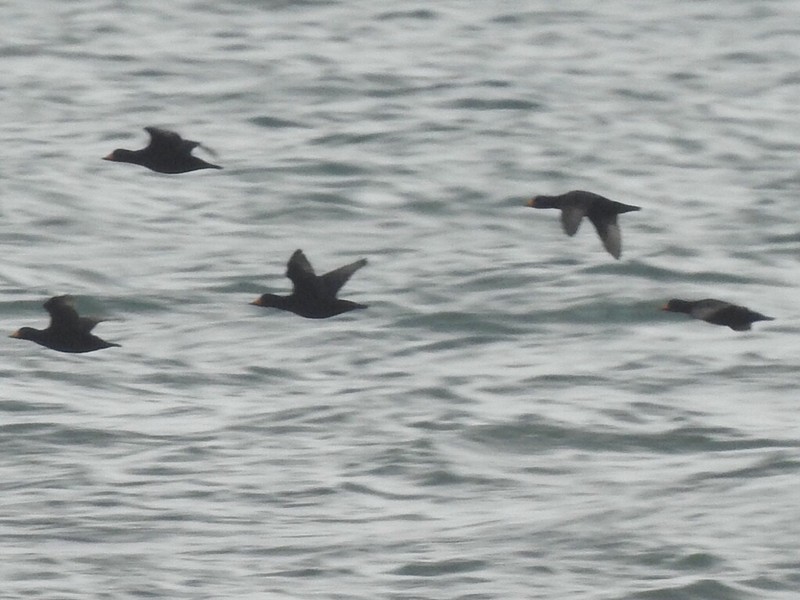 A flock of DUNLIN flew by: 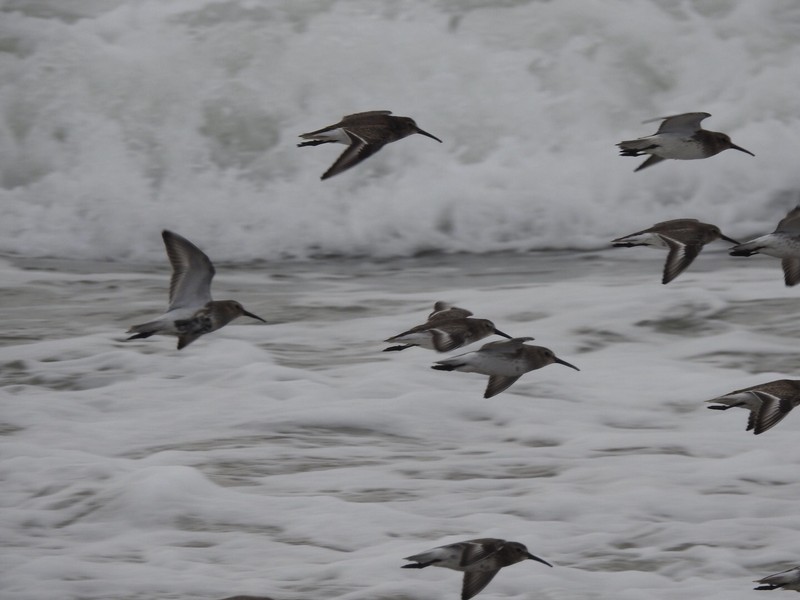 And settled close to me on the beach a little later: 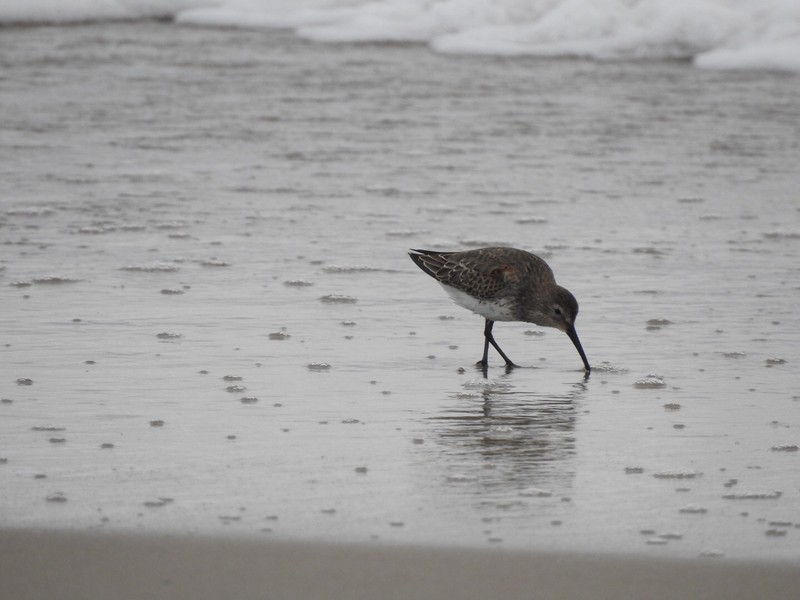 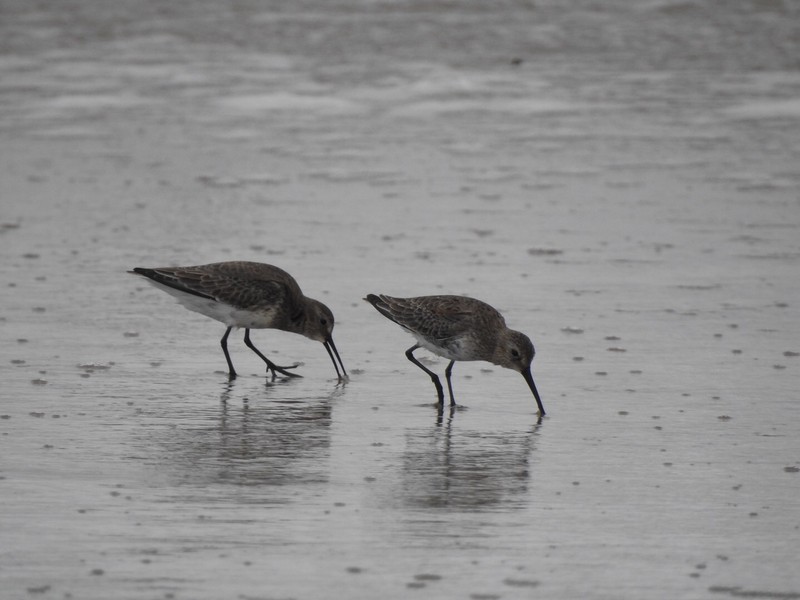 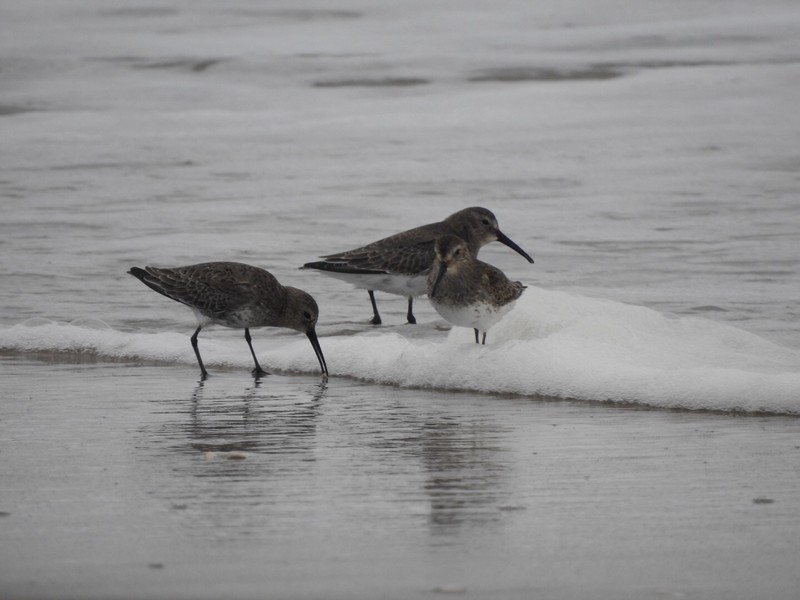 This NORTHERN HARRIER flew in from off the ocean: 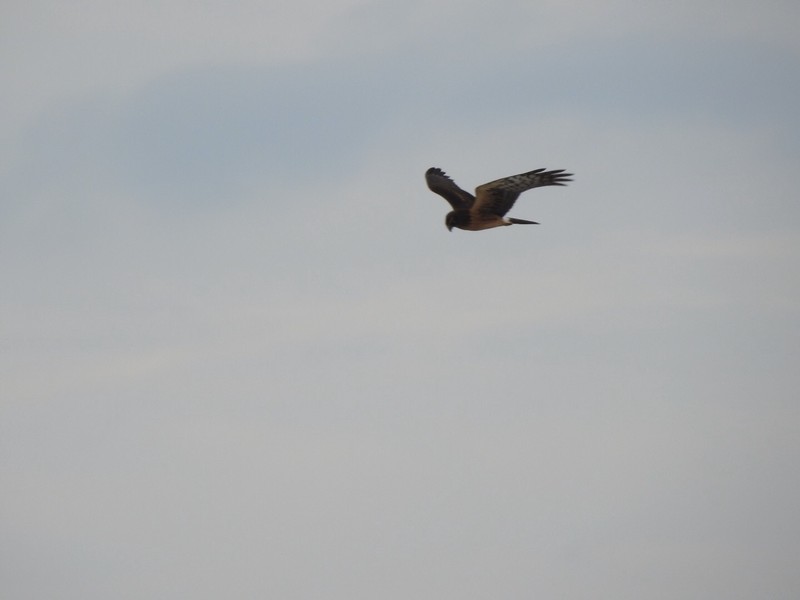 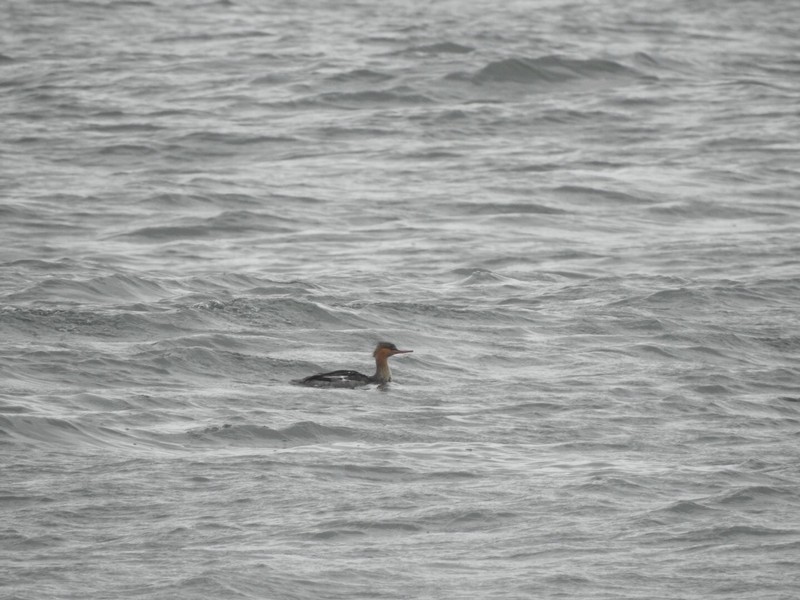 Another scoter species, a WHITE-WINGED SCOTER this time, was observed flying away — note its conspicuous white wing patches which quickly identify the bird. 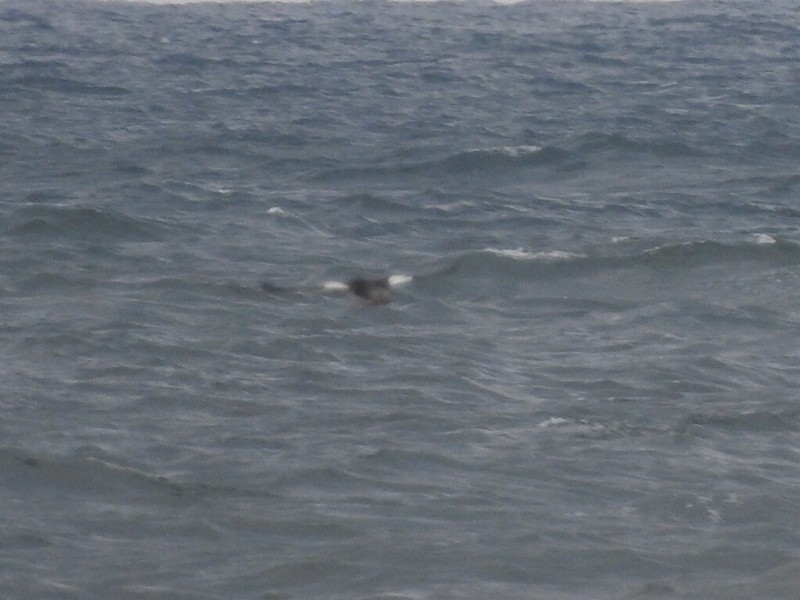 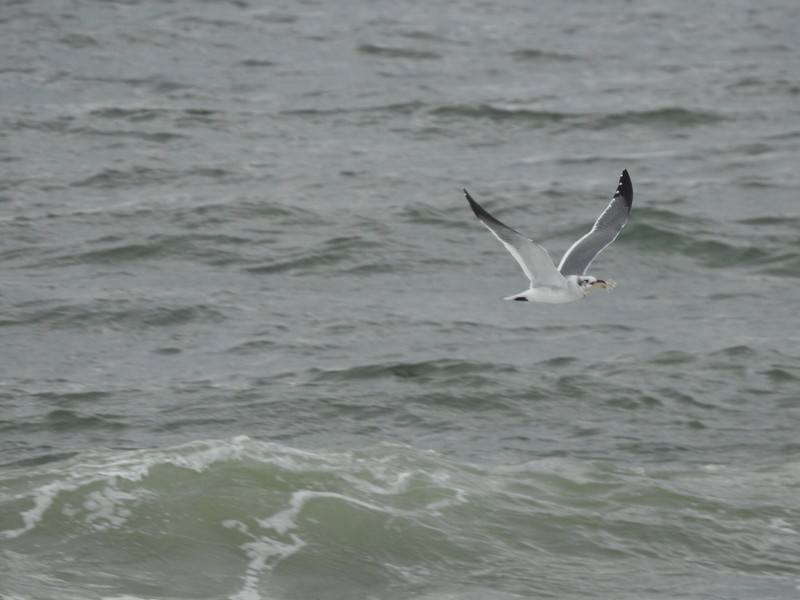 On the walk back to the bus after the beach there were some CHIPPING SPARROWS around: 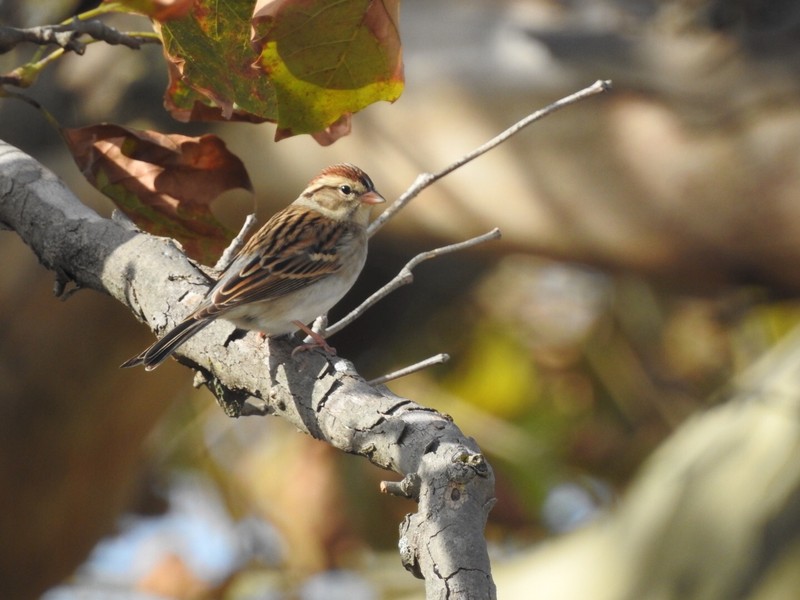 And a cool MERLIN falcon flew over! 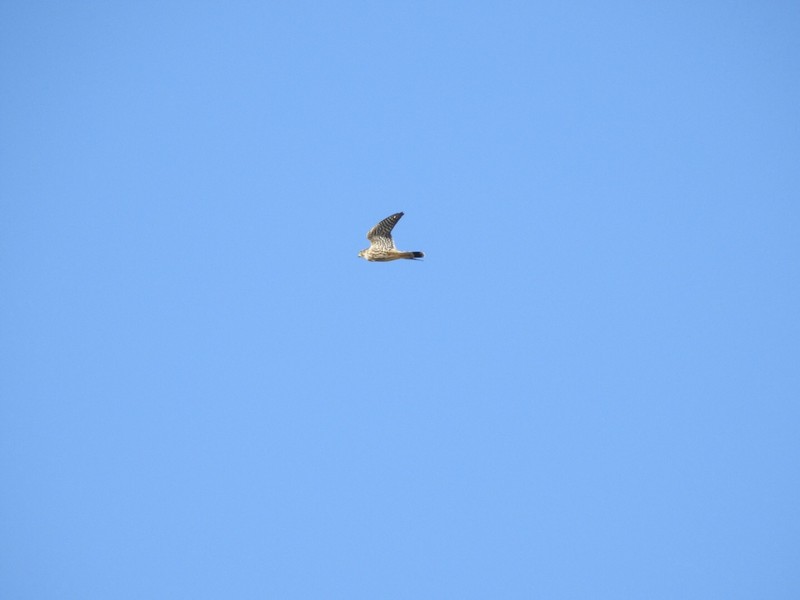 Then, my next stop was Jamaica Bay National Wildlife Refuge for the remainder of the afternoon. My first location I birded there was the West Pond, where I found this raft of LESSER SCAUP, BUFFLEHEAD, & RUDDY DUCKS: 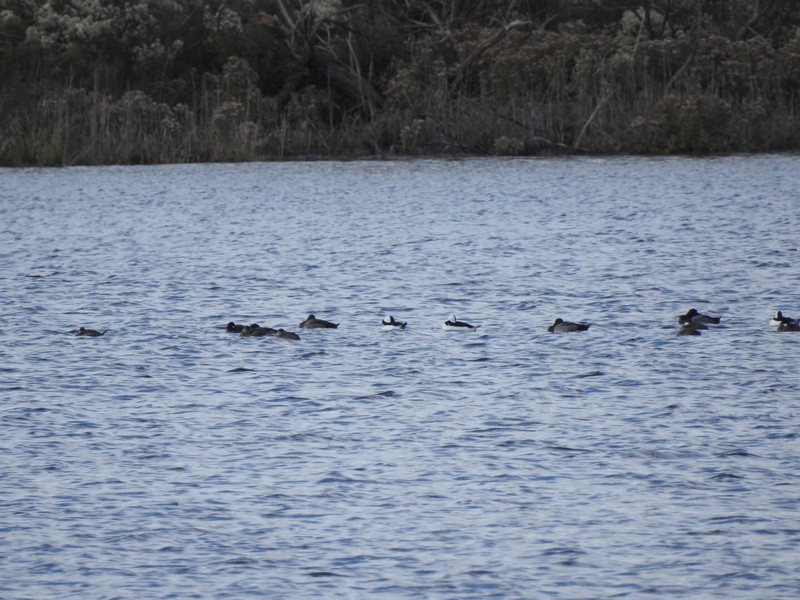 BRANT geese, only a fraction of the thousands I saw today: 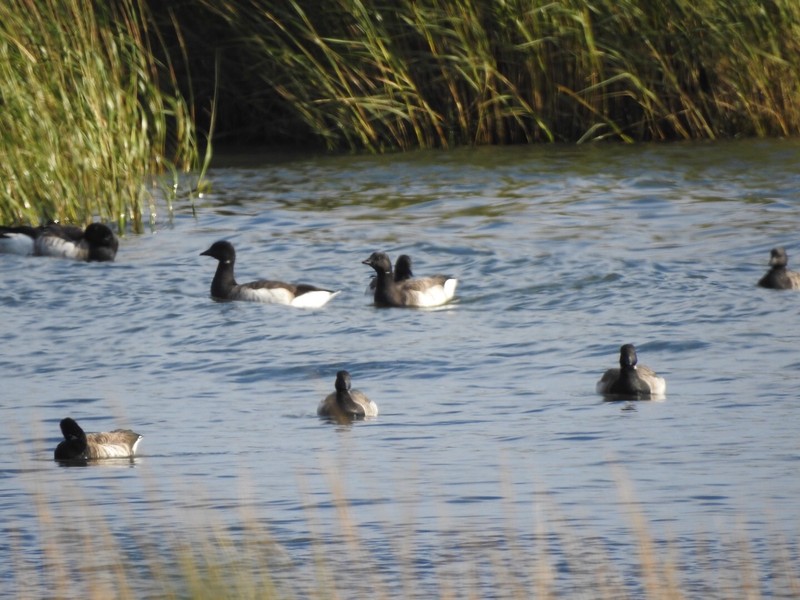 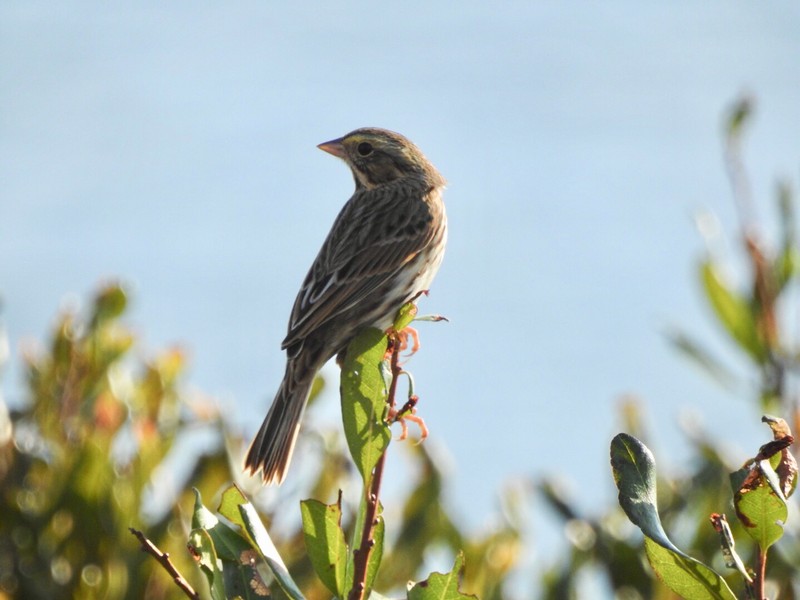 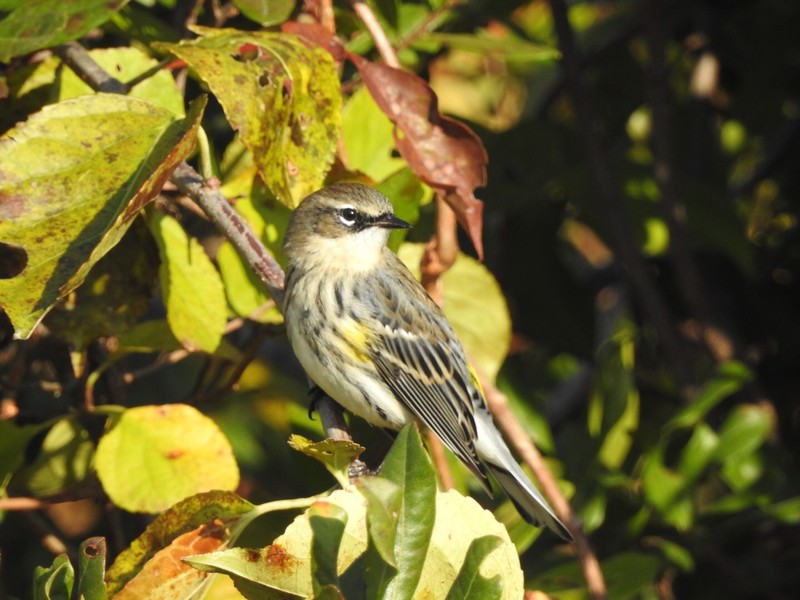 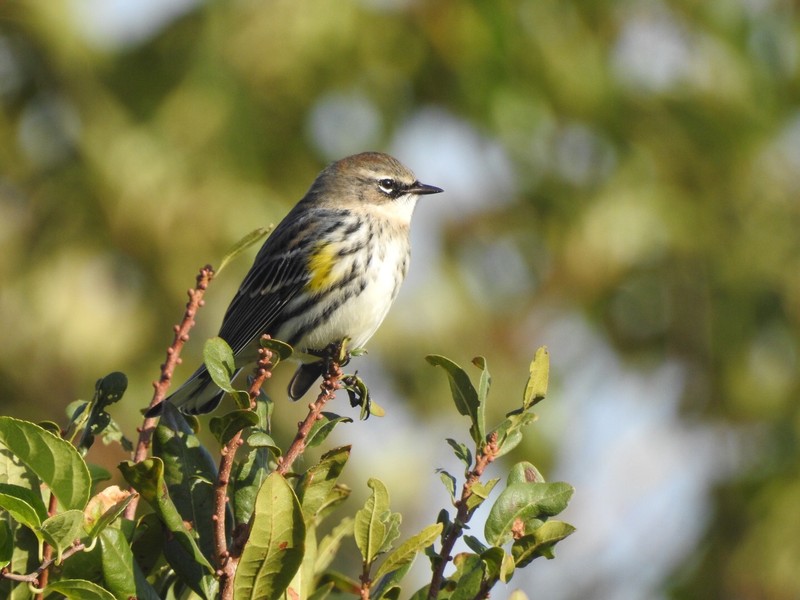 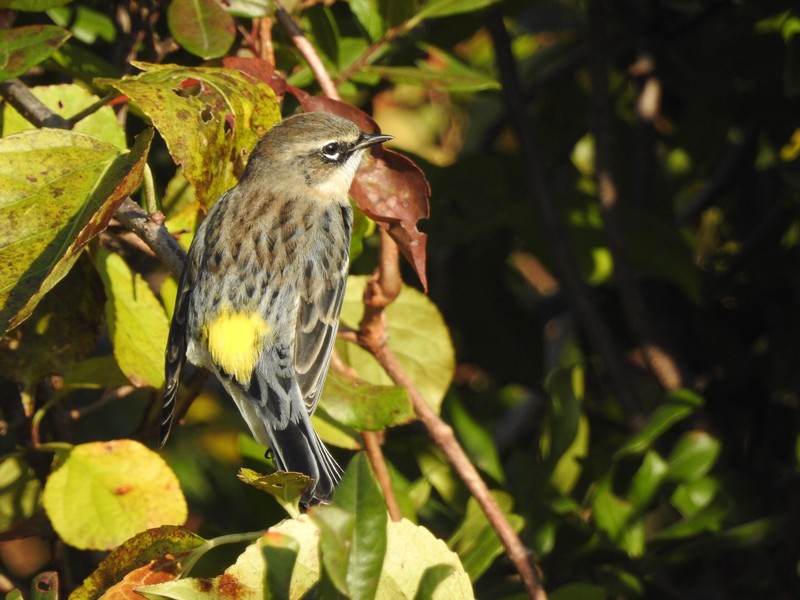 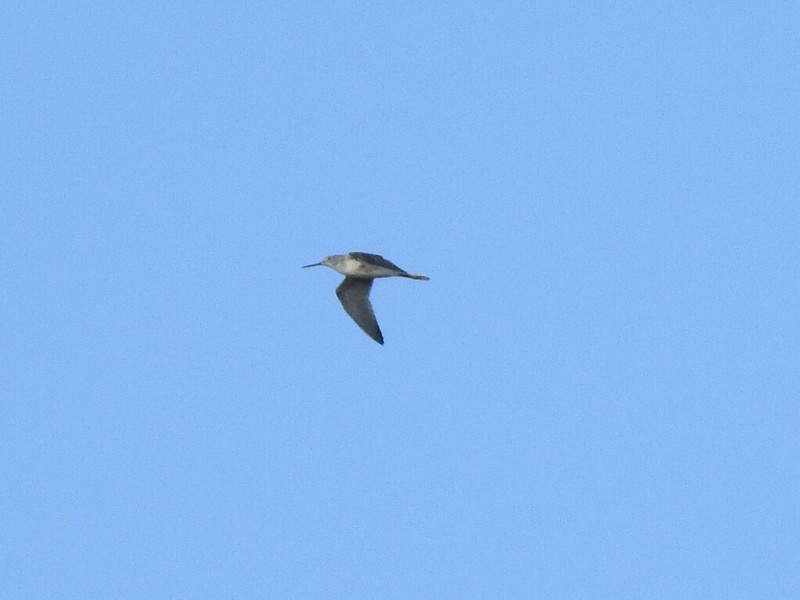 Then, I walked over to the East Pond where I found this perched SHARP-SHINNED HAWK: 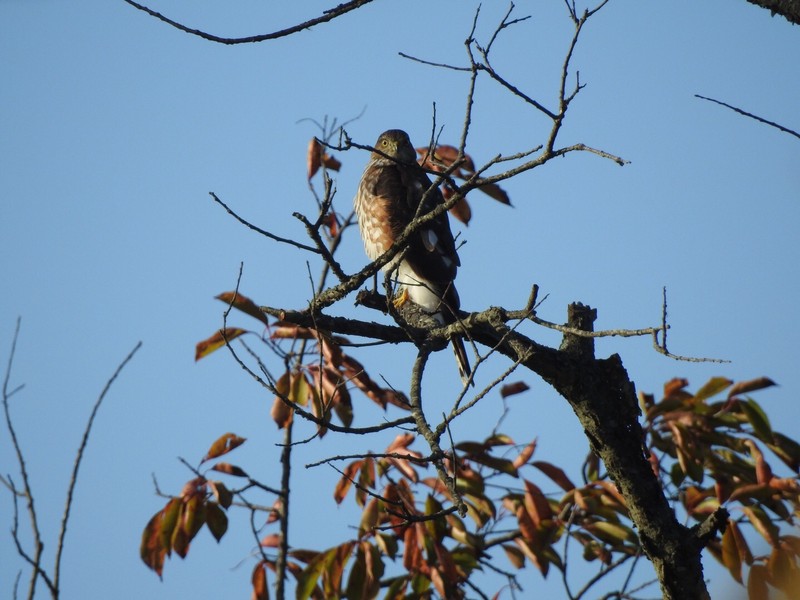 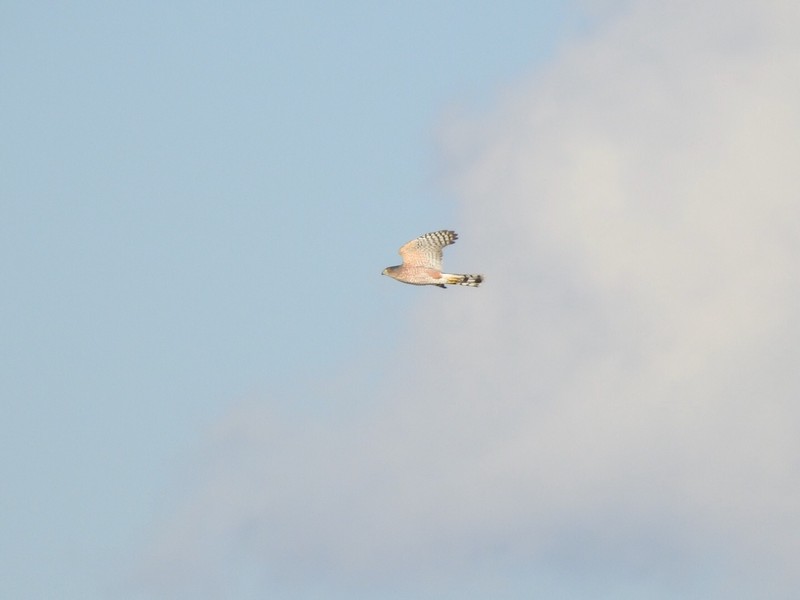 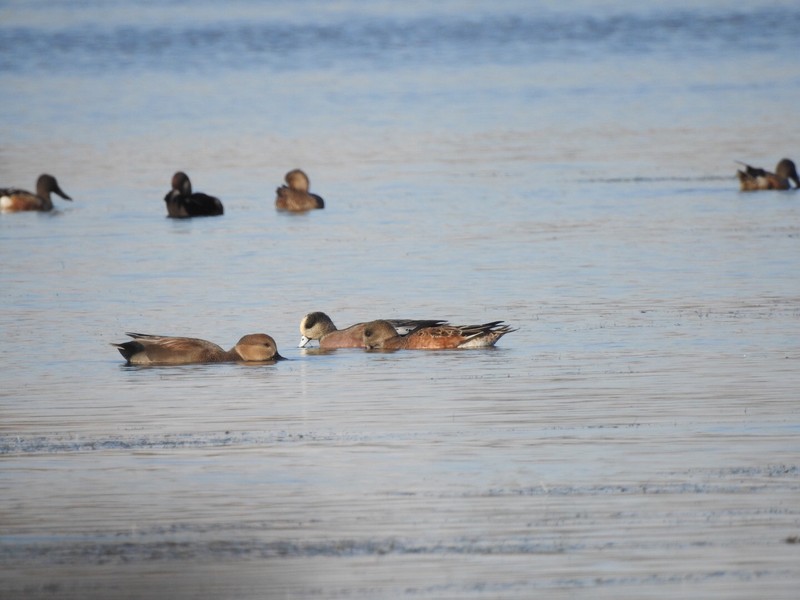 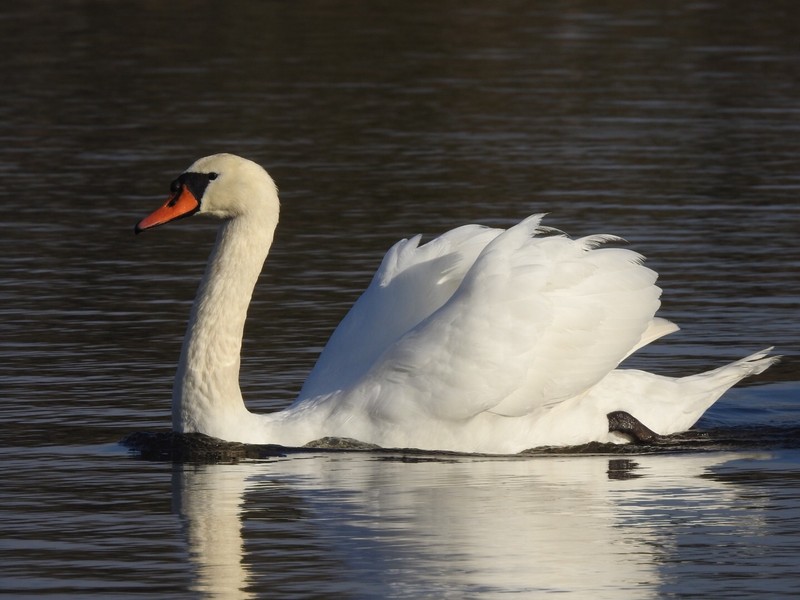 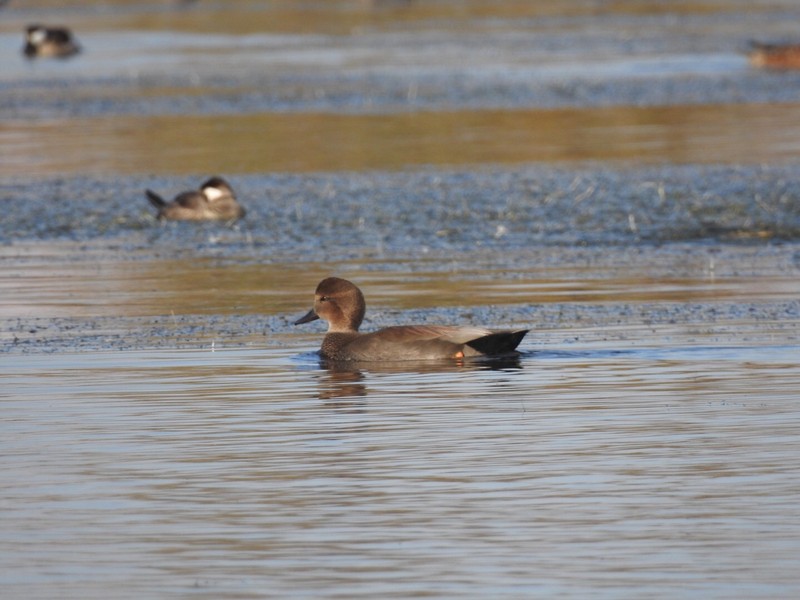 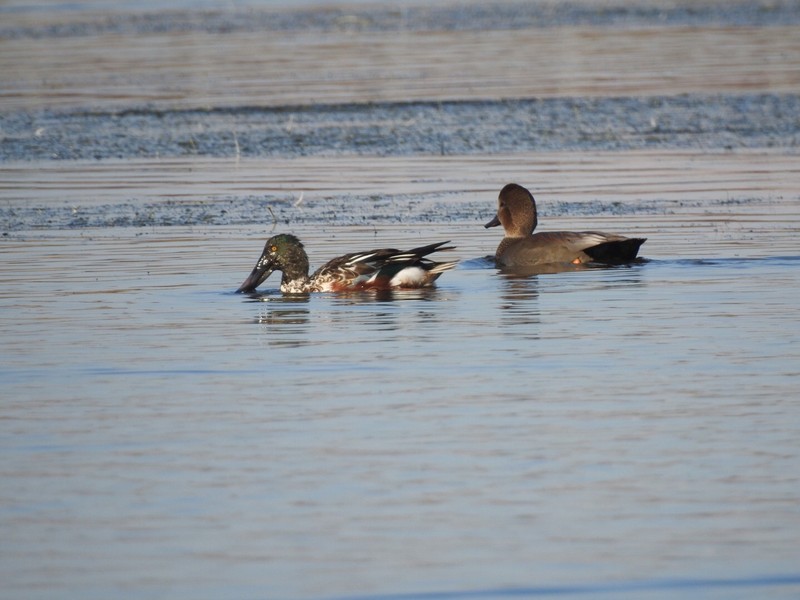 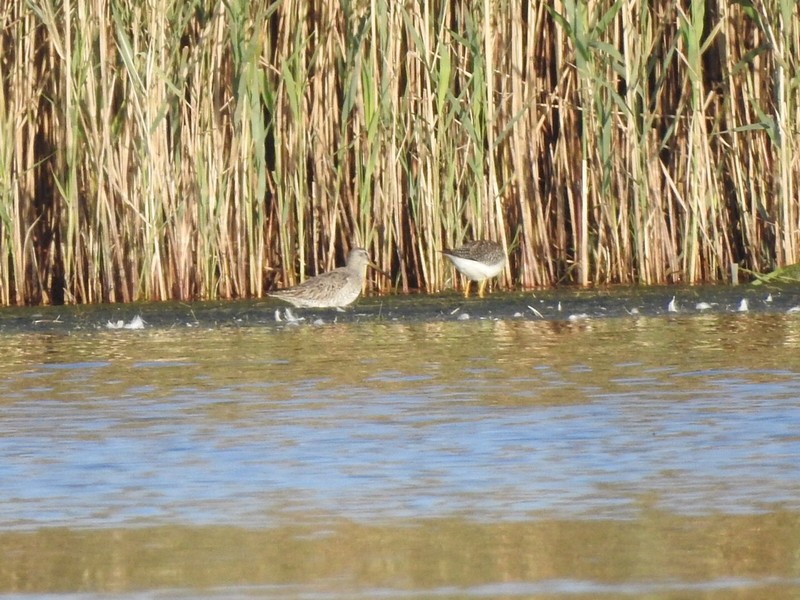 A noteworthy bird seen but not photographed here was a GREAT CORMORANT. Heard but not seen was a COMMON GALLINULE.

Then, within a large flock of mainly Lesser Yellowlegs, I photographed a much larger, more brownish shorebird with a very long bill. Pretty soon, I identified it as a MARLBED GODWIT, also a species I have only ever seen once before! This is an annual migrant through New York but it is still noteworthy enough that it comes up on the eBird Rare Bird Alert — so cool!!! 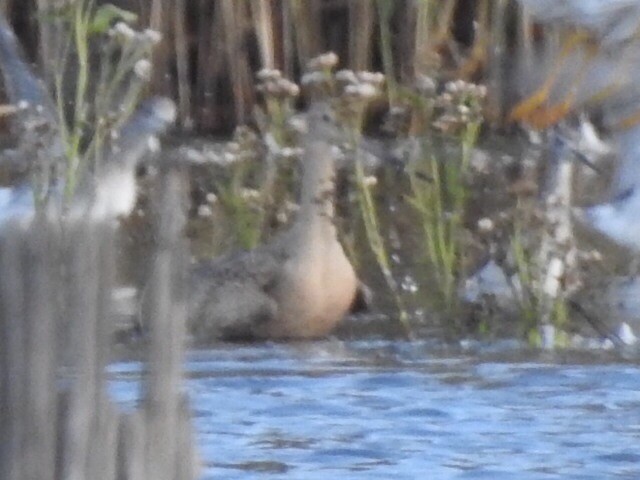 What a great day! Bird-of-the-day to my life bird BLACK SCOTERS, with runner-up to the MARBLED GODWIT. I attached the full species list for the day below — the waterfowl department really delivered today with fourteen species.

Posted by skwclar 17:32 Archived in USA

Nice one on the sparrow! The others too!
Stop having so much fun Henry!😁