Today before school I birded Bush Terminal Park in Brooklyn in hopes of finding a vagrant Mew Gull that was photographed there yesterday, and then I birded Central Park to see what I could find there.

There was a gathering of dabbling ducks at the park including this AMERICAN WIGEON: 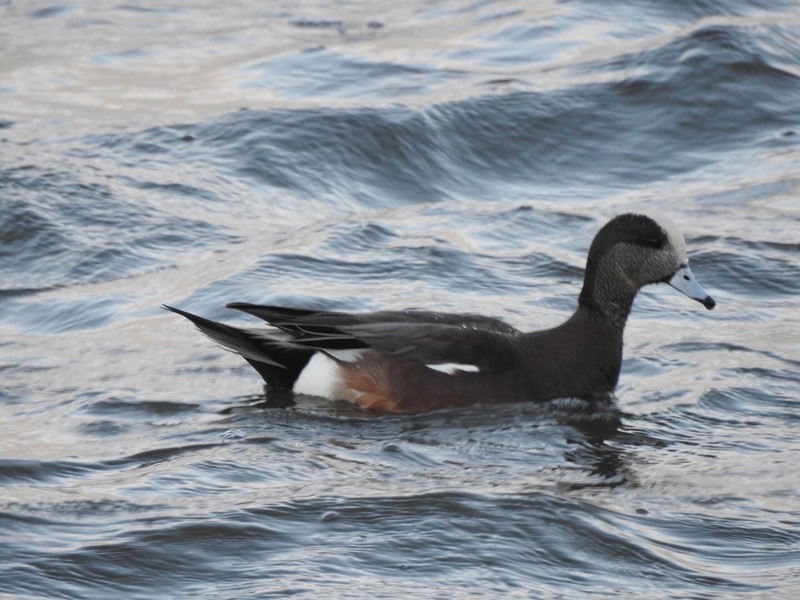 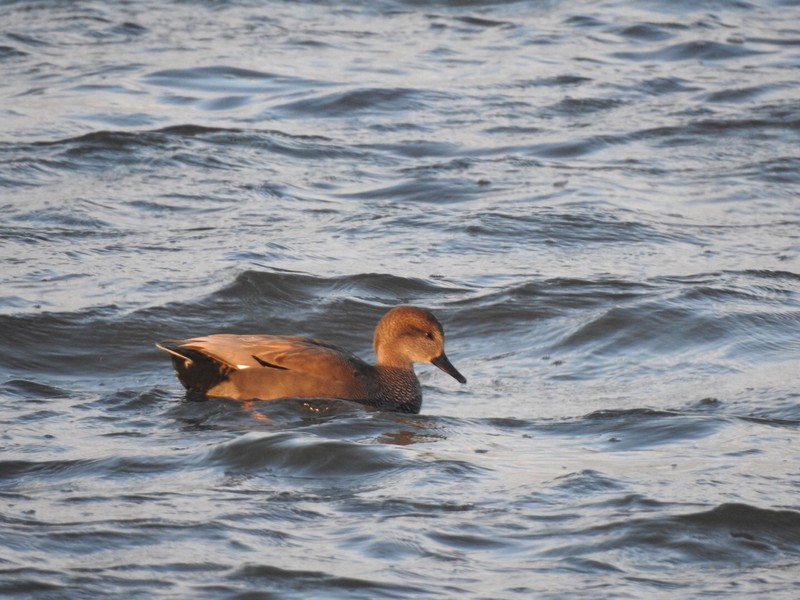 There were quite a few gulls roosting, feeding, swimming, and flying around too. This picture shows the three common species here in the winter: GREAT BLACK-BACKED, HERRING, and RING-BILLED. 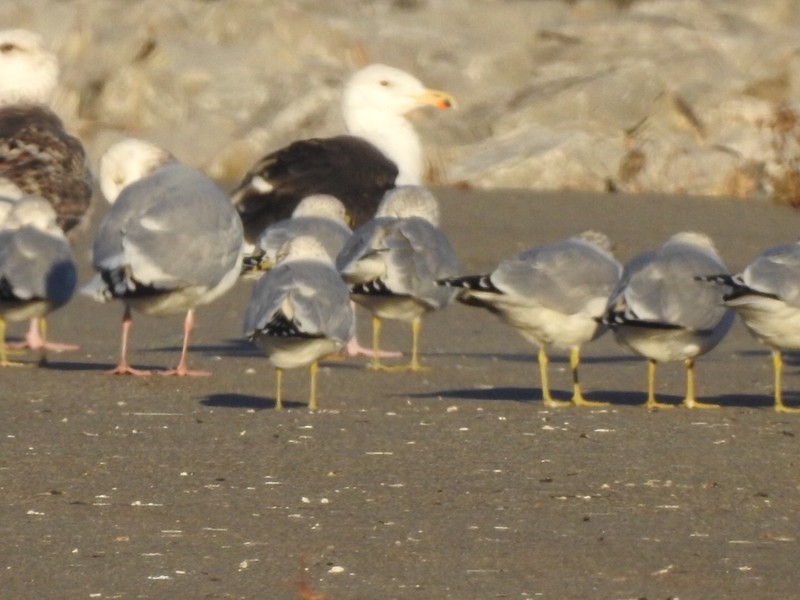 Unfortunately, the wind-driven cold drove me away after quite a bit of scanning and picking through the gull flock — the needle in the haystack did not show today and I missed the Mew Gull.

Then, it was off to Central Park! I immediately headed to the Shakespeare Garden since that has been where the owls have been roosting recently. Upon arrival, I found this nice male RUBY-CROWNED KINGLET flaring his crown: 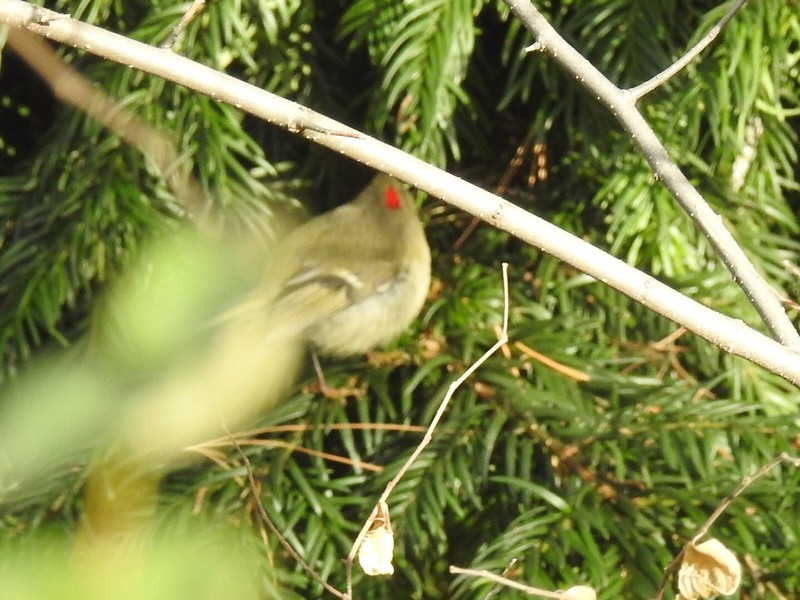 And a getting-late GRAY CATBIRD: 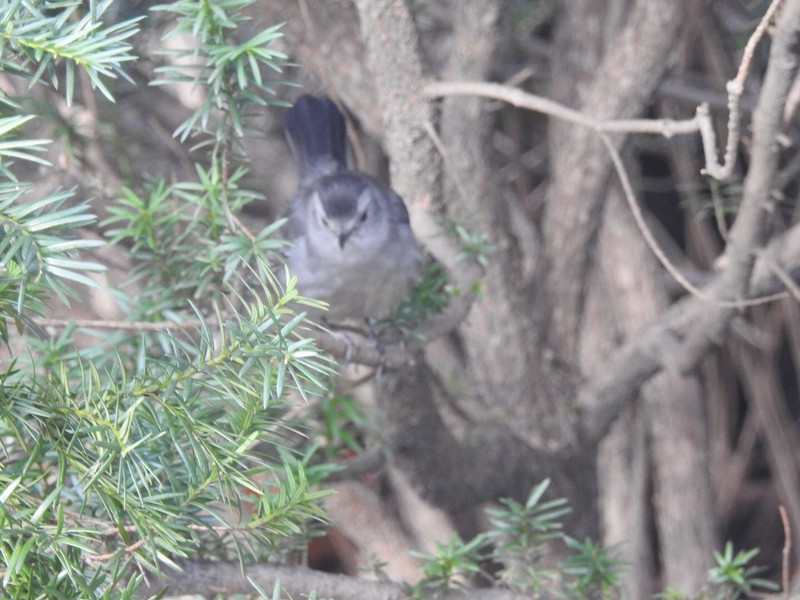 This BARRED OWL, which has now been roosting in the pine trees next to Belvedere Castle for over a week, was easily re-found: 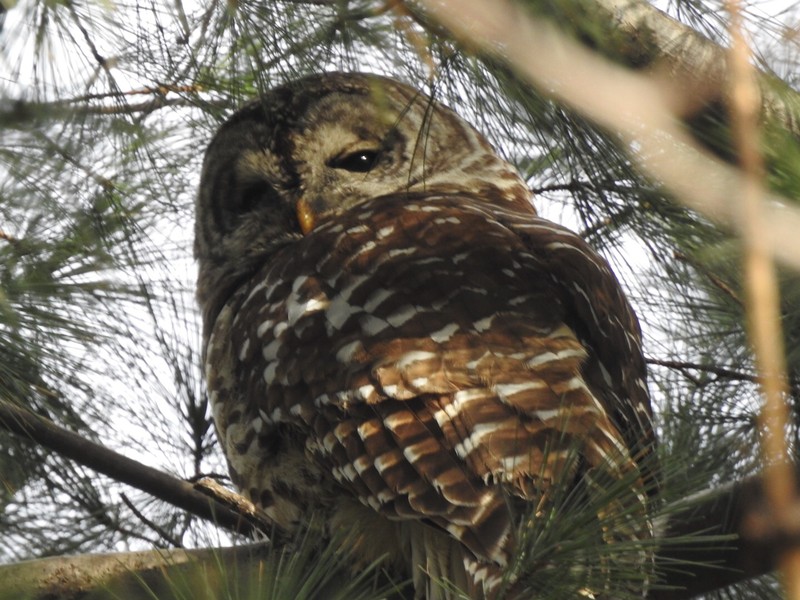 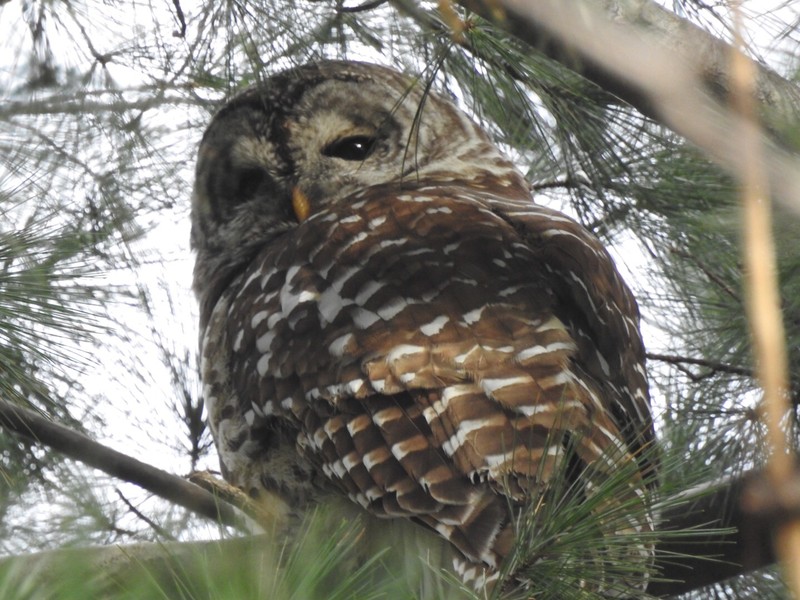 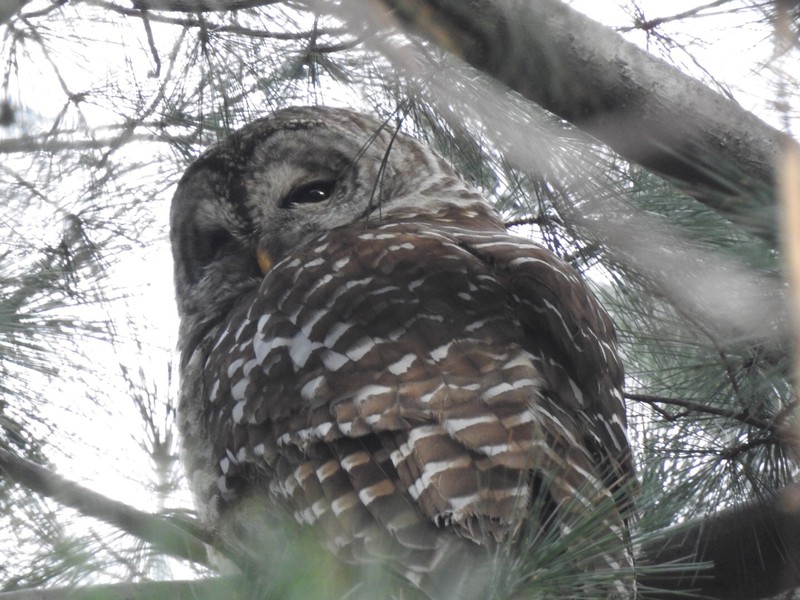 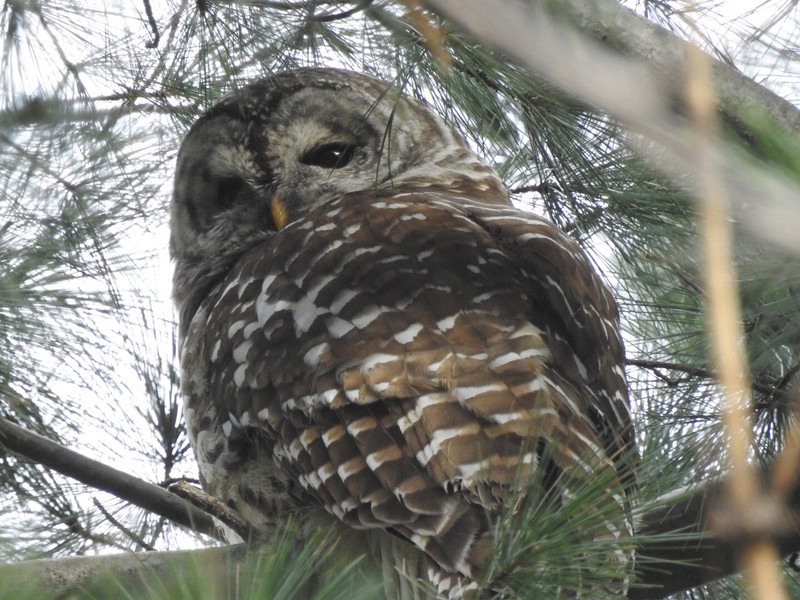 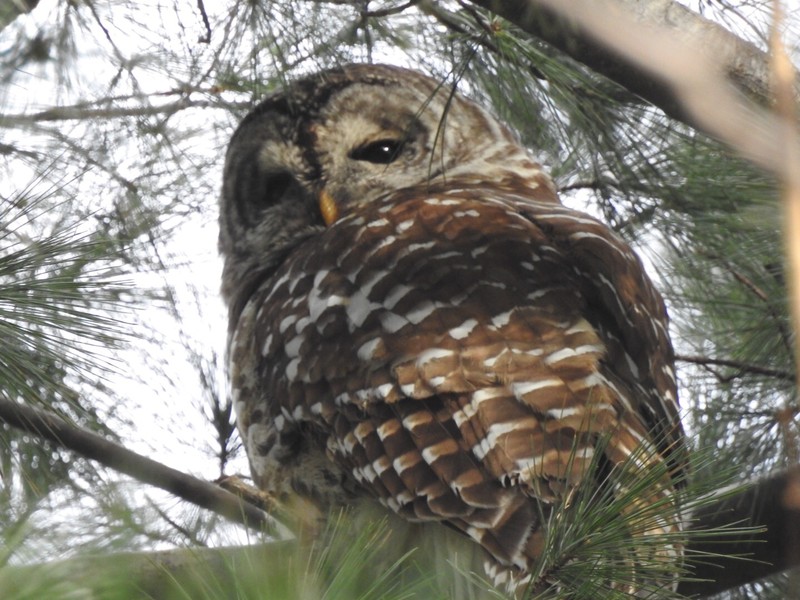 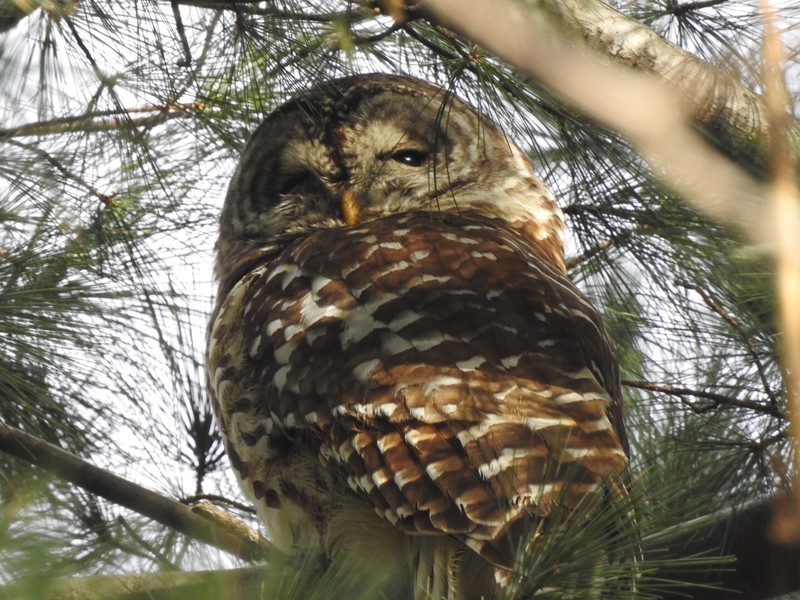 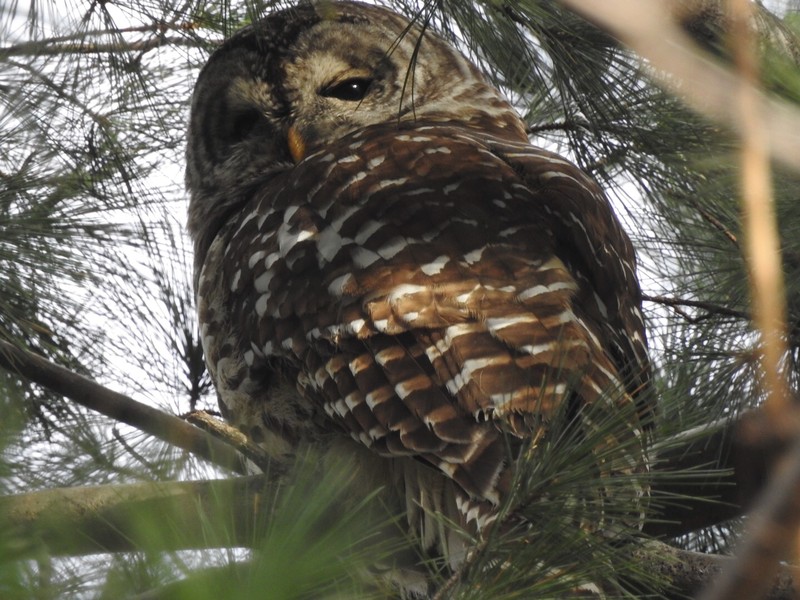 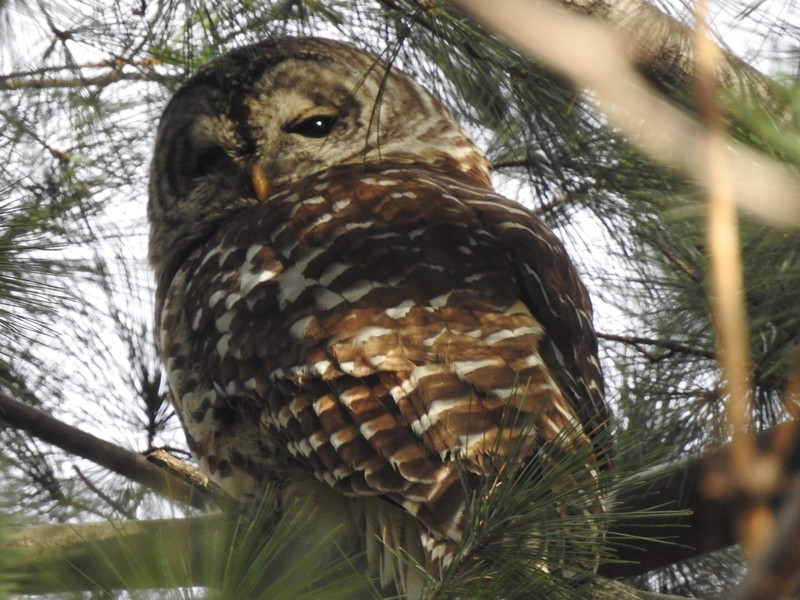 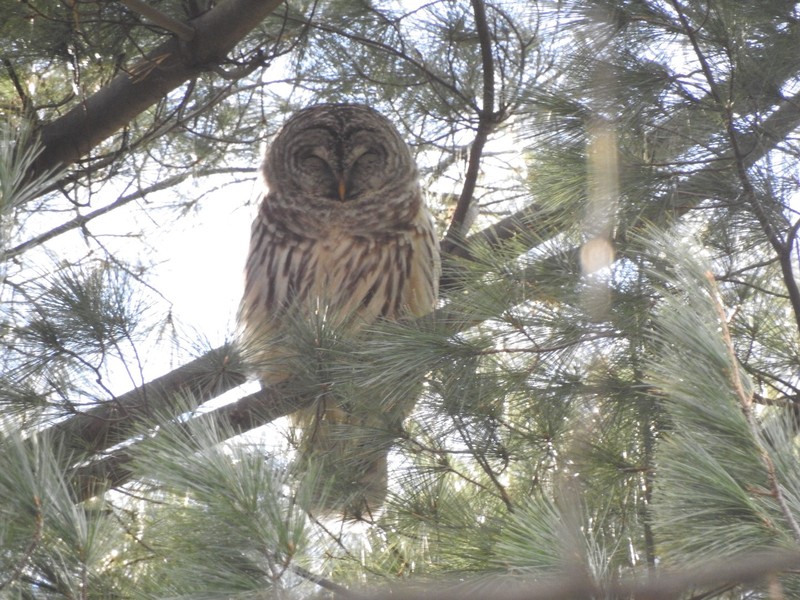 And lo and behold, I found a group of birders looking at a (the?) NORTHERN SAW-WHET OWL sitting about ten feet high in a holly bush just a bit down the hill from the Barred. Amazing — I keep scoring these two beautiful owl species! 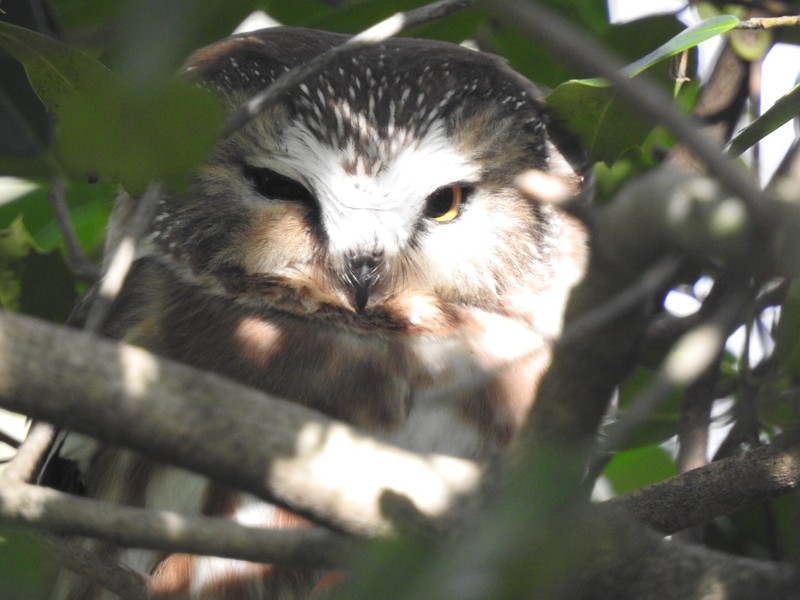 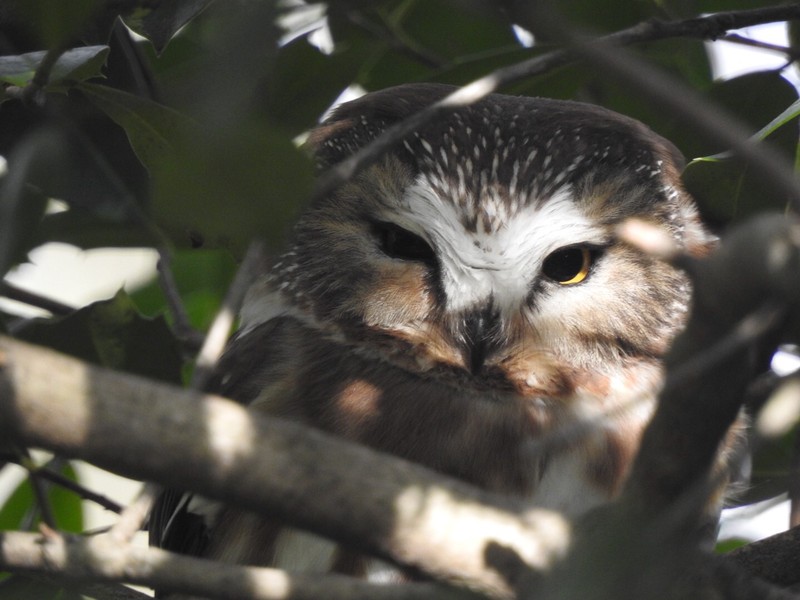 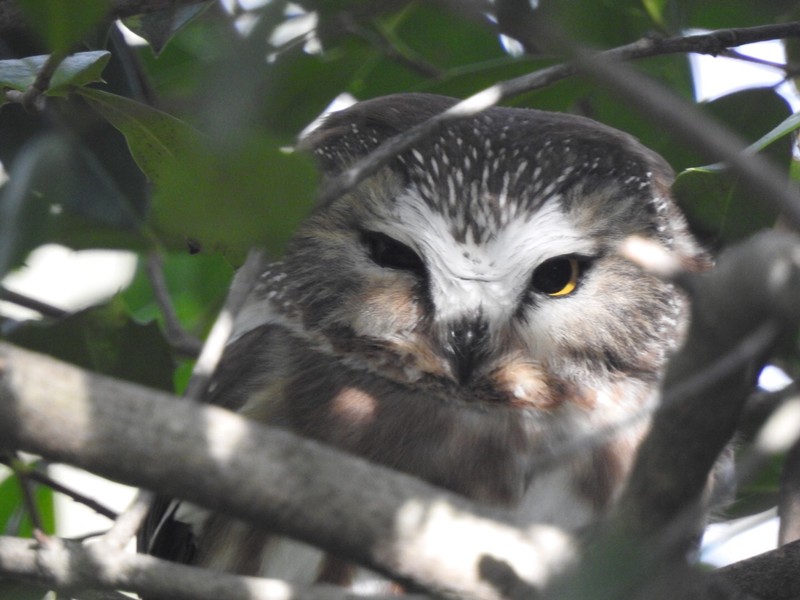 This WHITE-BREASTED NUTHATCH also demanded attention from us birders, foraging along a fence post in front of us: 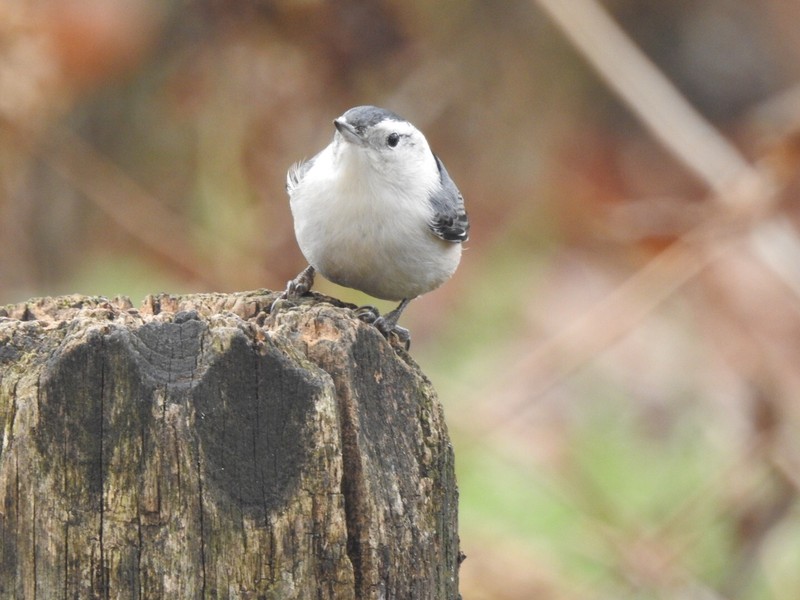 Another great morning! Bird-of-the-day to the Northern Saw-whet and runner-up to the Barred Owl! It is truly becoming an amazing year for saw whets as there have been so many seen in the NYC area recently, including one observer who recently found two in the same tree in a park in the Bronx!

Posted by skwclar 07:48 Archived in USA