Today, I birded Jones Beach State Park in search of a rare Black-headed Gull that has been seen there recently, and then I made my way over to Marine Park in Brooklyn to search for Red-necked Grebe before ending the day at Central Park.

I knew it would be a great day of birding when I found this FISH CROW after getting off of the Long Island Rail Road in Freeport. Fun fact: I got my life bird Fish Crow in front of the White House in 2015! 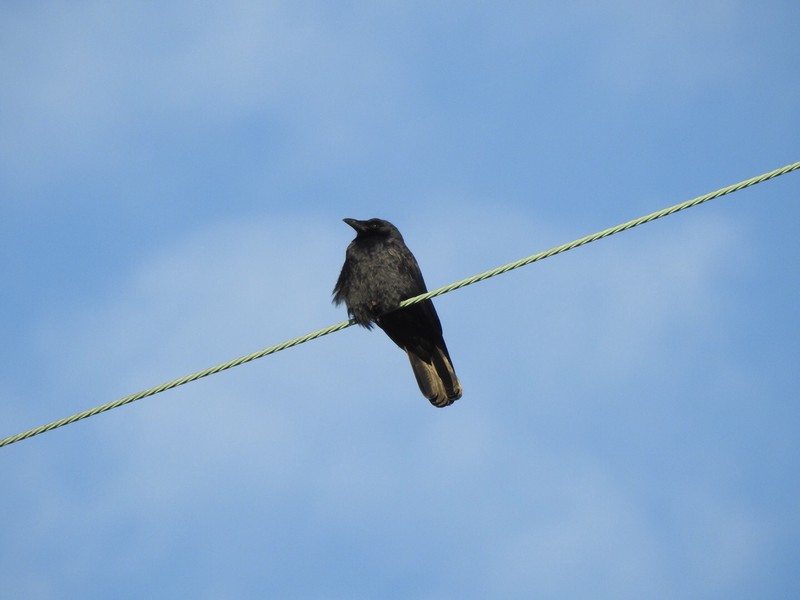 At Jones Beach State Park, I immediately sensed a lot of bird activity in the form of waterfowl and gulls. A good sign! These COMMON EIDER were plentiful and nice to see: 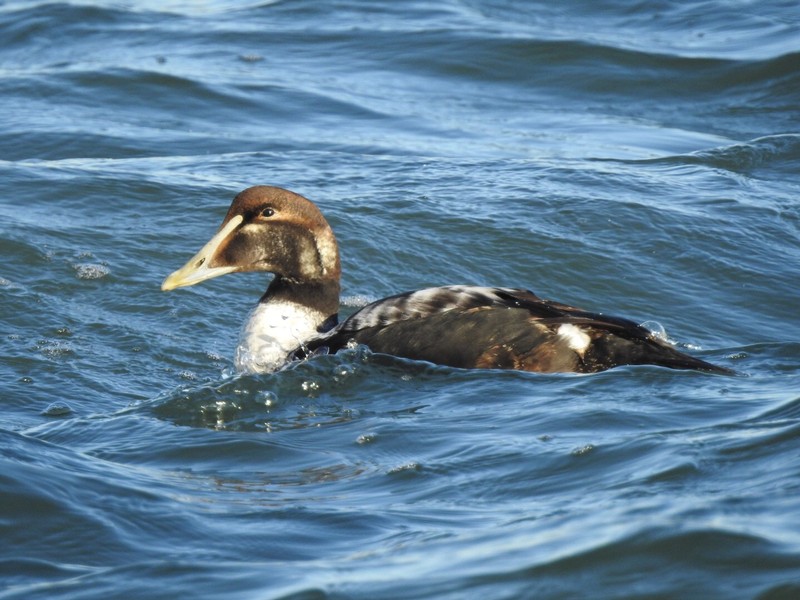 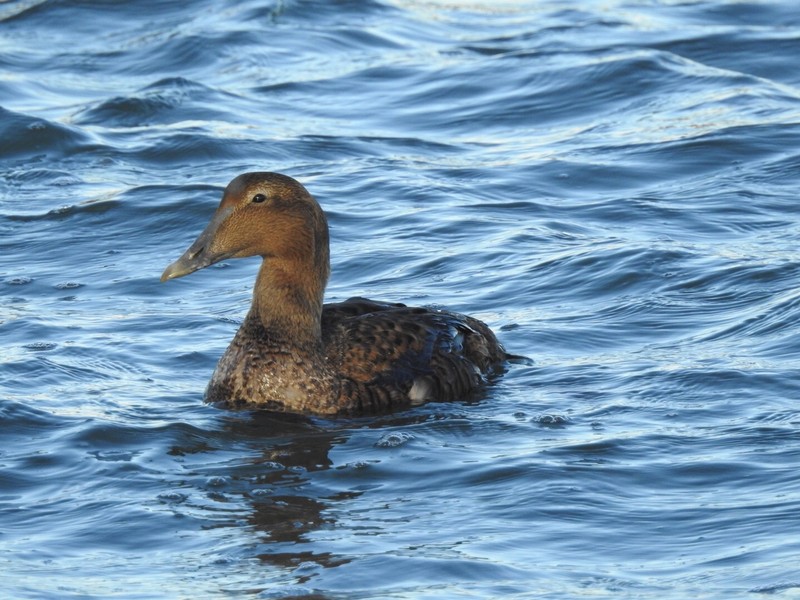 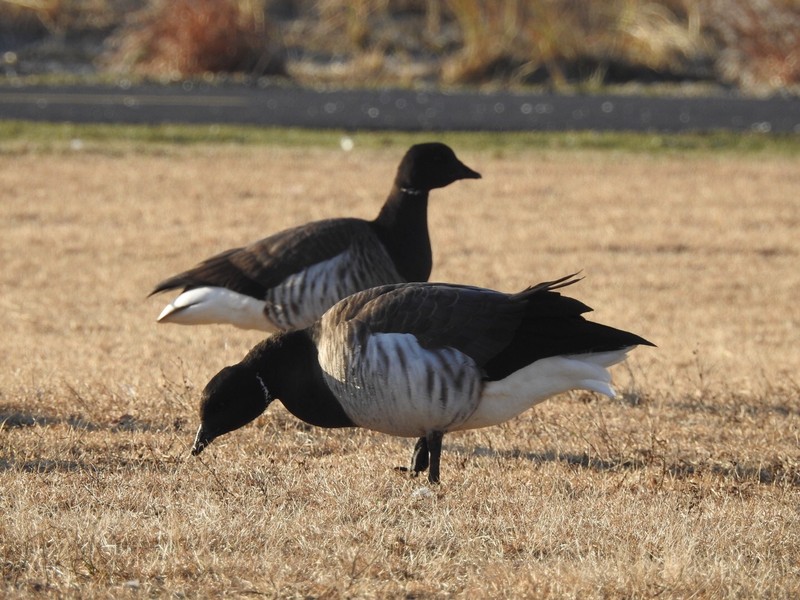 As well as the eider, I got a “scoter slam:” all three scoter species in one day! Surf and Black are both common in deeper saltwater in the area, and White-winged isn’t rare but it tends to be very local and found in small numbers, so it was cool to see this male WHITE-WINGED SCOTER fairly close: 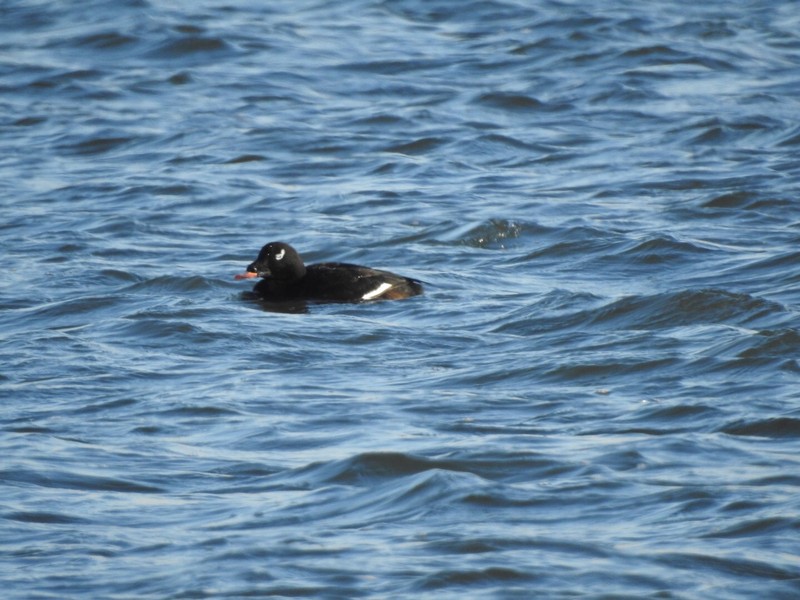 I got beautiful looks at the comic bill of this male SURF SCOTER: 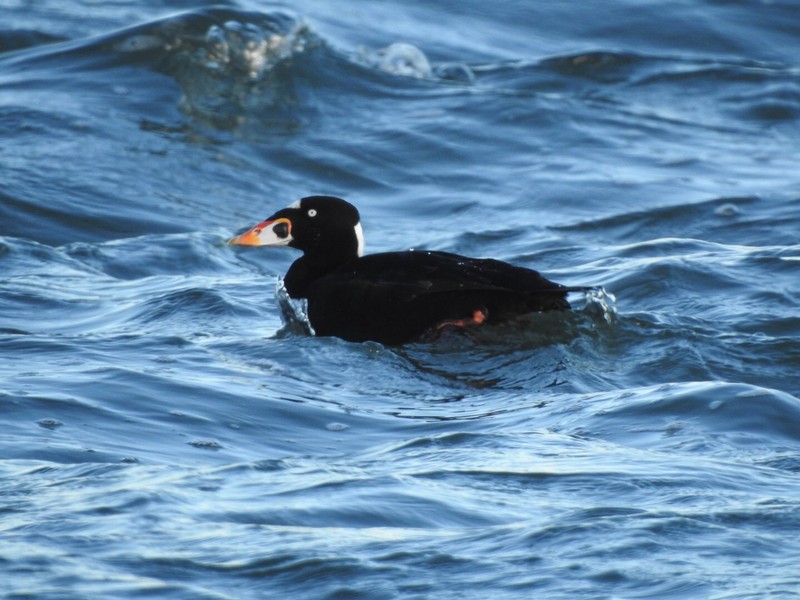 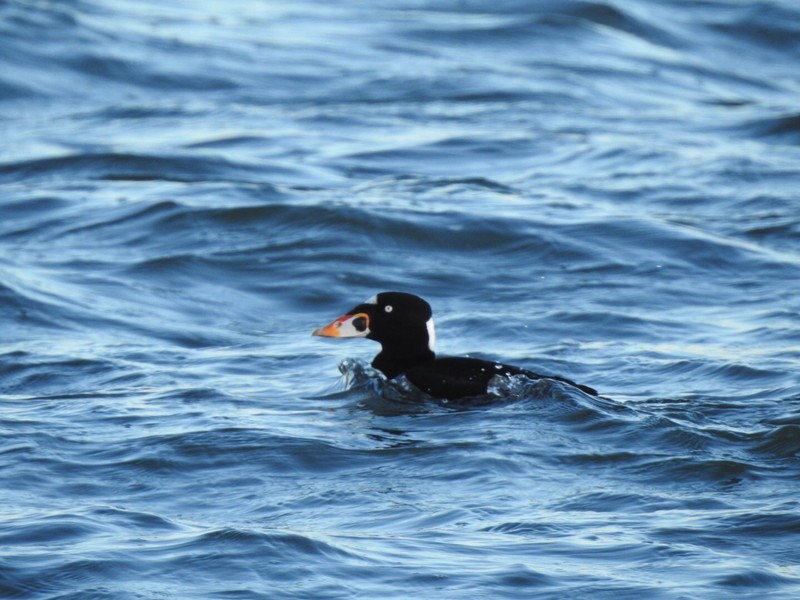 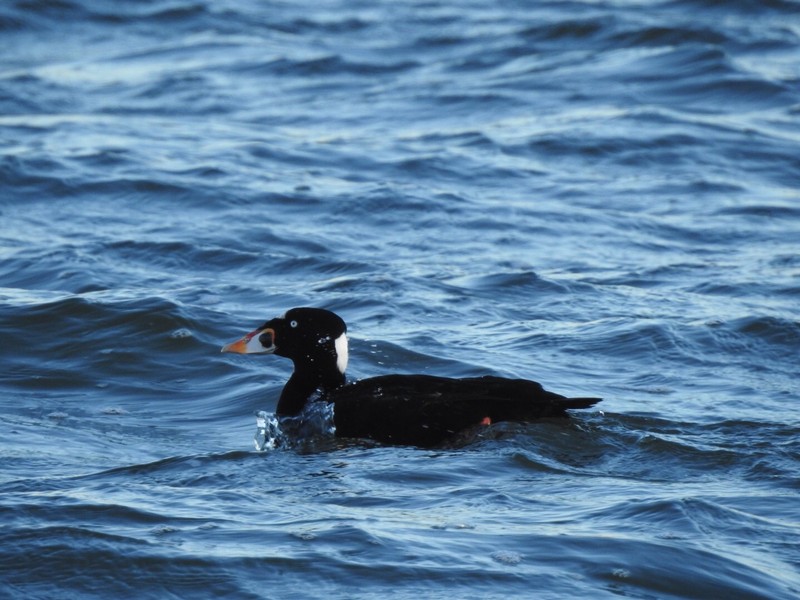 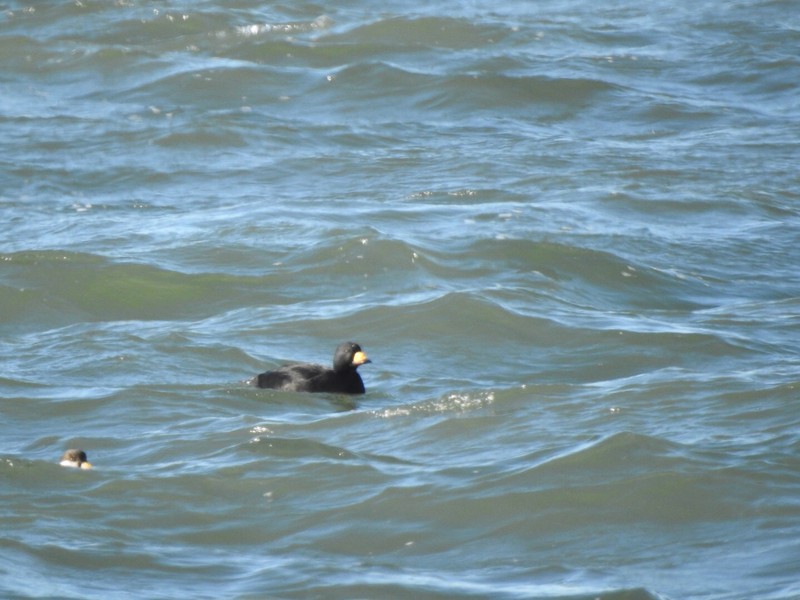 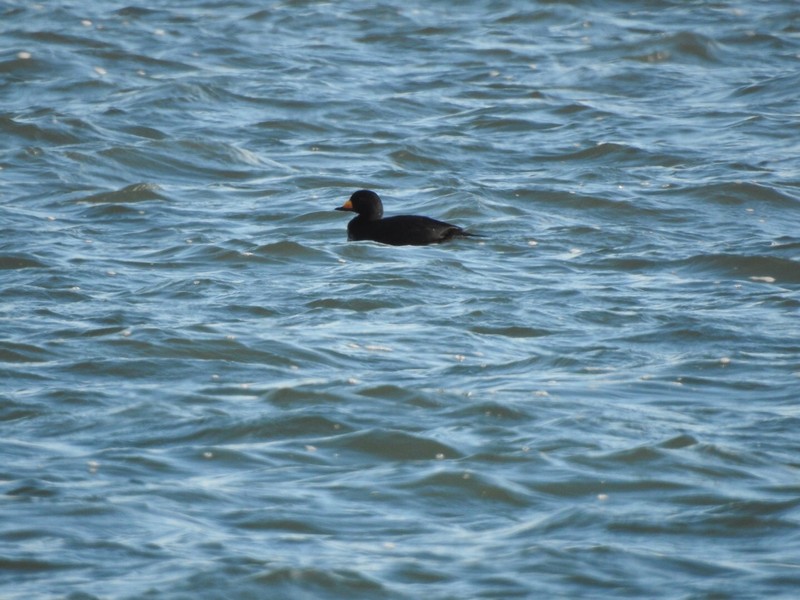 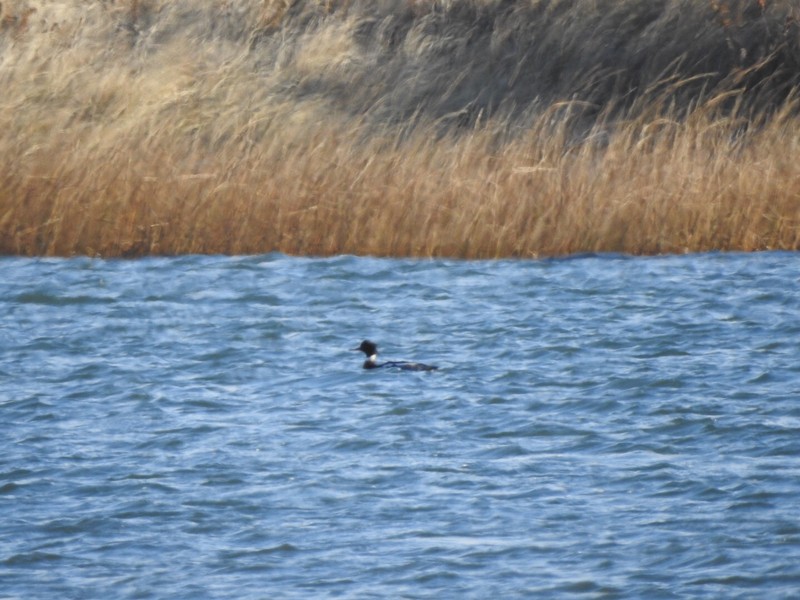 Then, I picked through the flock of gulls roosting on the spit opposite of the Coast Guard station: 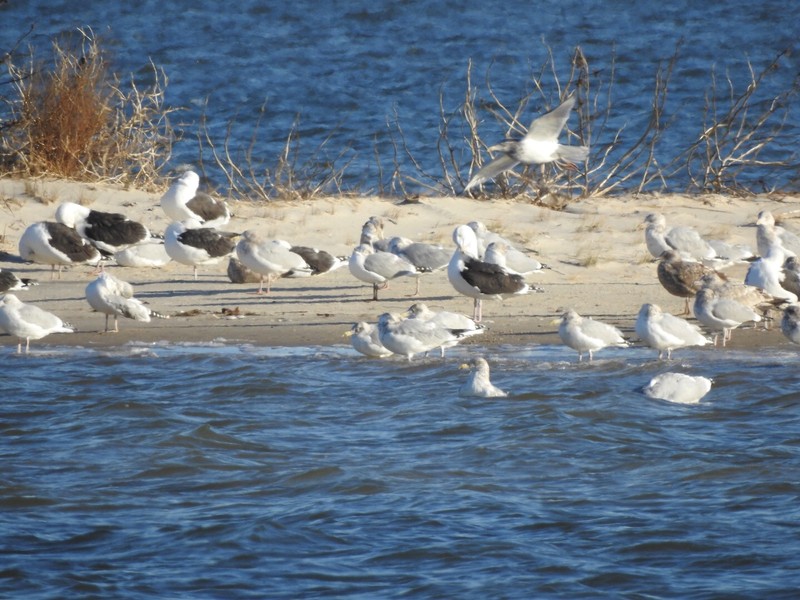 Gulls with DUNLIN (the small sandpipers): 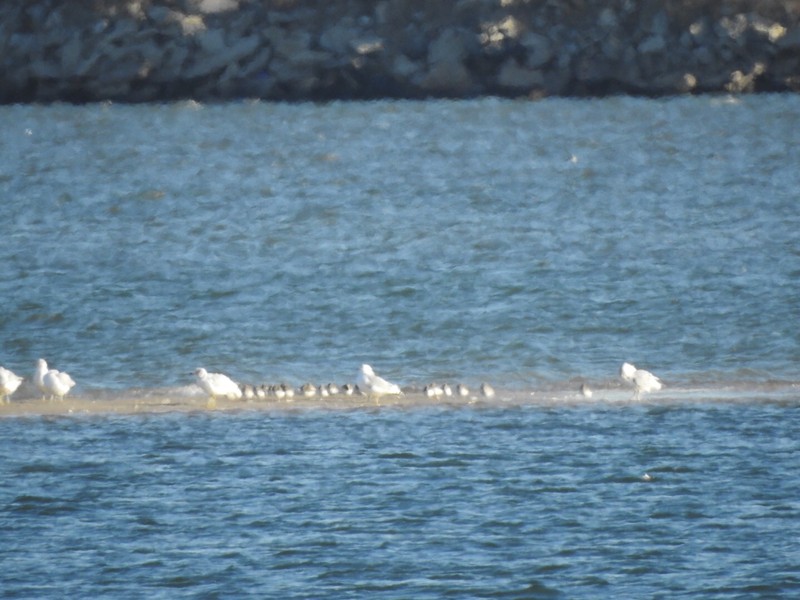 After a good thirty minutes of scanning, a smallish gull with red legs flew in and after examining the tiny, black-and-red bill, I had found my hoped-for BLACK-HEADED GULL, a species I have only ever seen in Europe — it is a vagrant here in America! Cool! (note that in nonbreeding plumage as pictured here, the gull does not have a fully black head but instead a tiny dark spot behind its eye, similar to Bonaparte’s Gull). 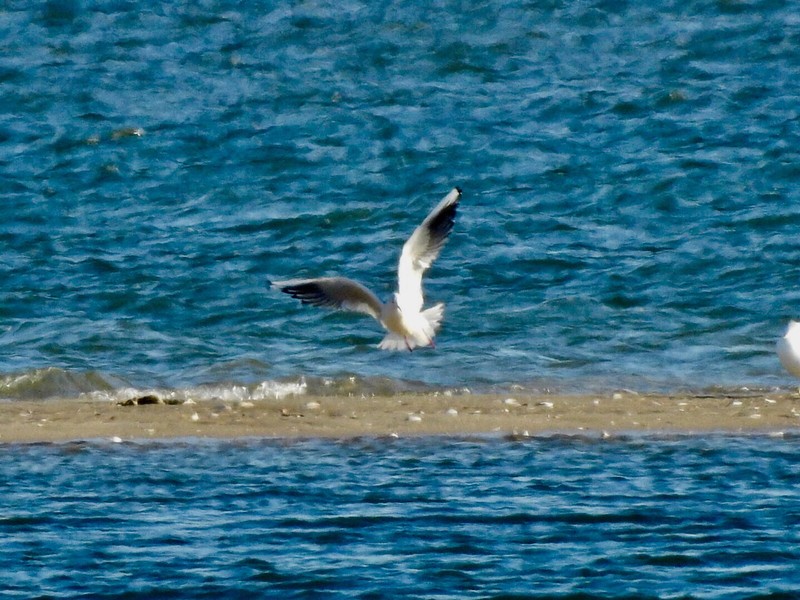 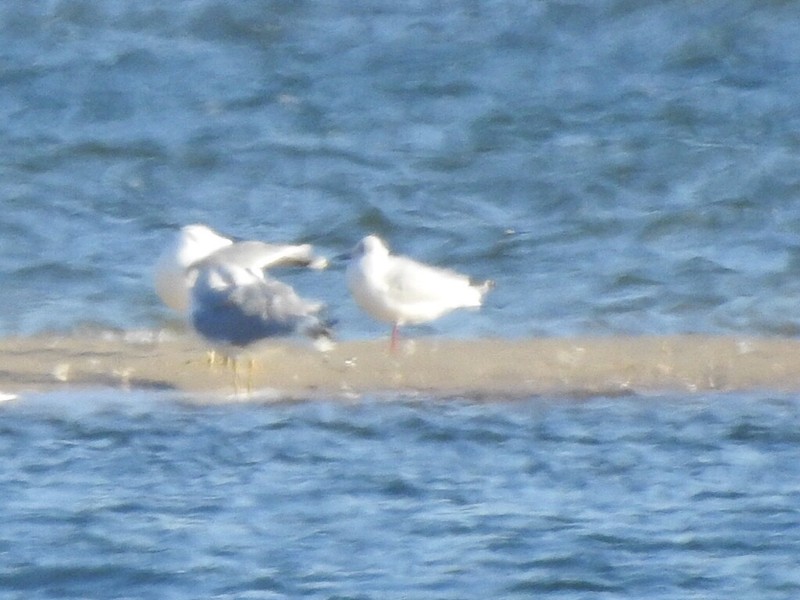 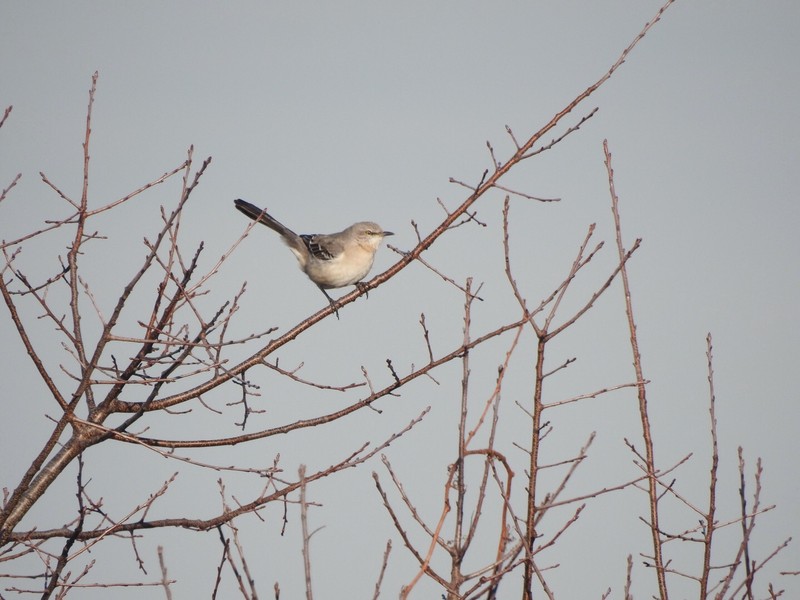 Then I walked over to the west beach & jetty of the state park because I heard from other birders that a Snowy Owl was seen there earlier in the morning. Unfortunately, I dipped on the owl but a nice consolation prize came in the form of a beautiful drake LONG-TAILED DUCK: 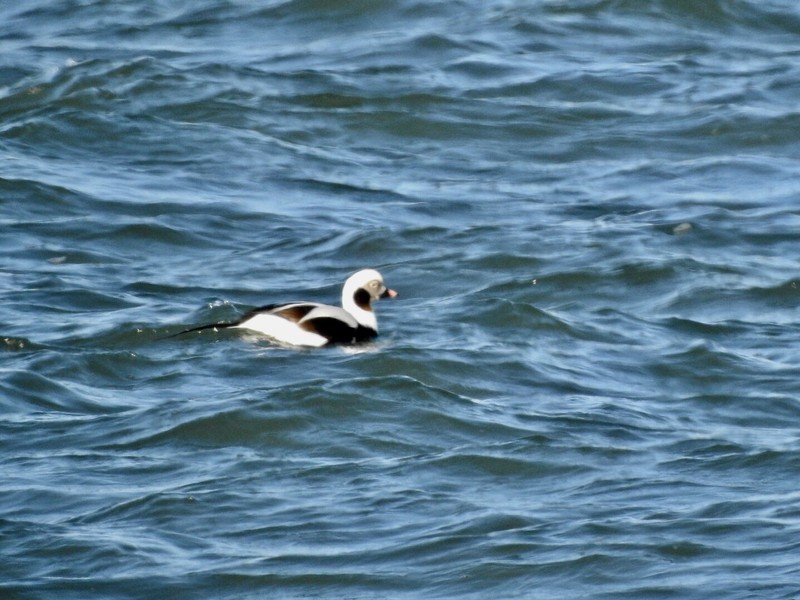 A hunting NORTHERN HARRIER flew by: 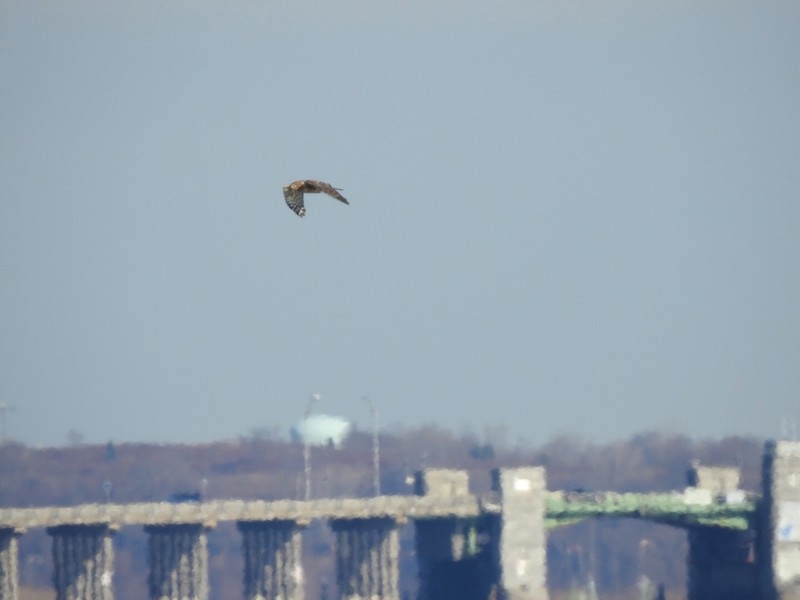 Then, after an uber, train, subway, and bus ride deep into Brooklyn, I finally made it to Marine Park Nature Center in search of a Red-necked Grebe that has been seen there recently. 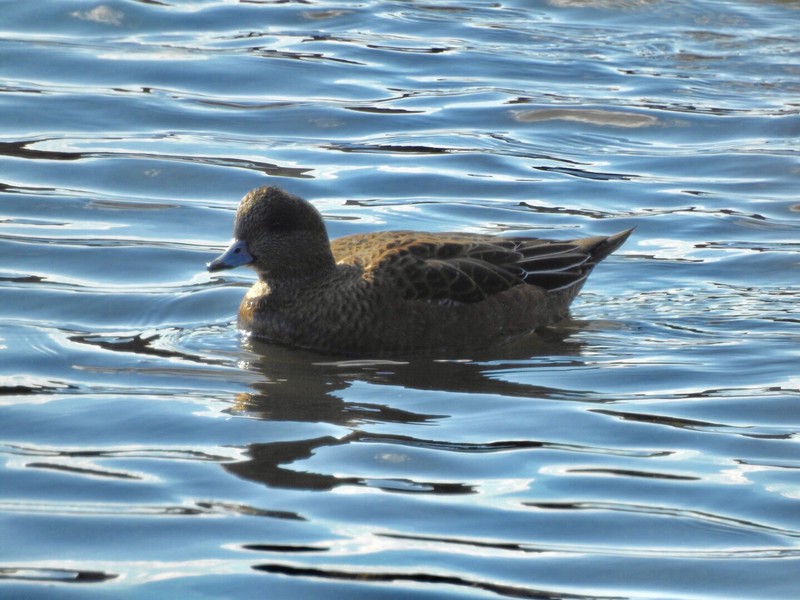 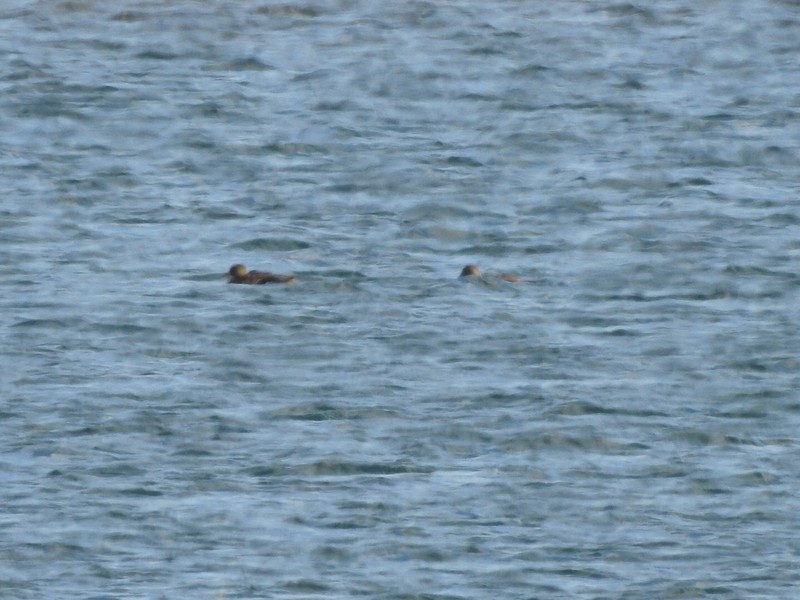 These far-off RED-THROATED LOONS were awesome — it’s only the second time I’ve ever seen this species! 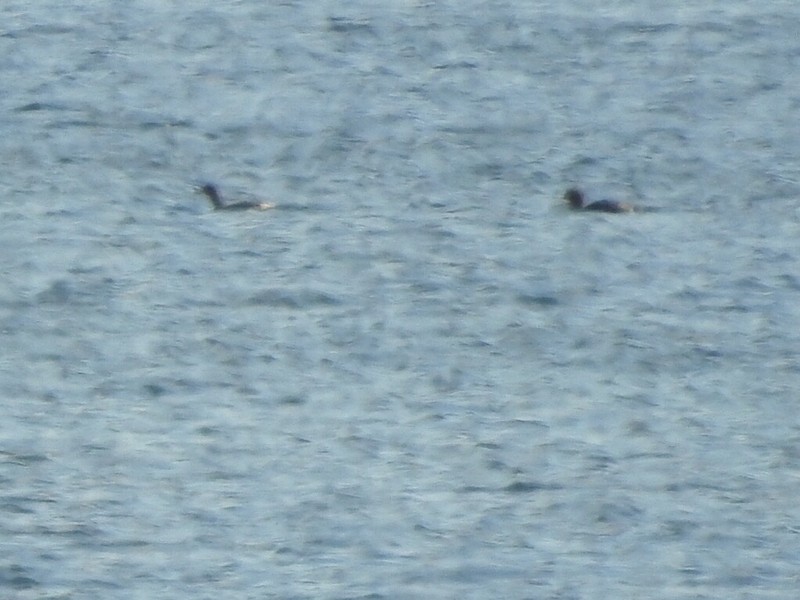 GREATER YELLOWLEGS, somewhat of a surprise: 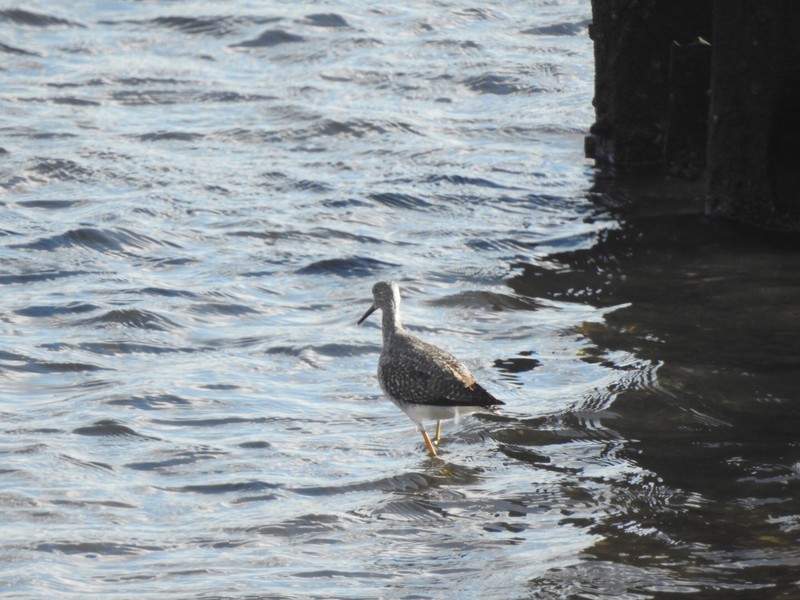 While scanning for the grebe, I saw a dabbling duck with a reddish head and to my great surprise, I found the drake EURASIAN WIGEON which I had missed here a few weeks ago! This bird was a life bird just last weekend, and a wonderful consolation prize because I missed the grebe. Any day seeing a Eurasian Wigeon in America is a great day, especially when you’ve seen a Black-headed Gull earlier in the morning! Two European birds in one day! 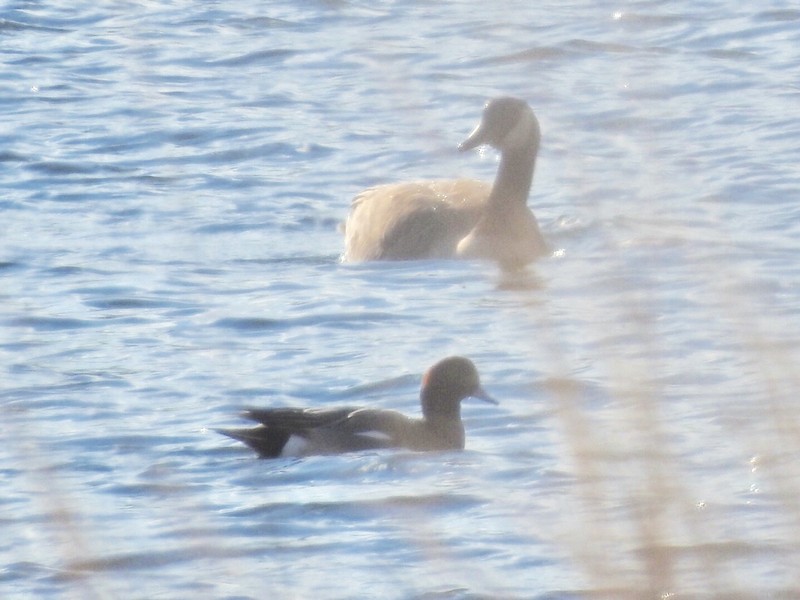 After Marine Park, an uber and three subways shuttled me to Central Park because I had heard through the Manhattan Bird Alert that an astounding three (!) owl species were being seen today, and in a rather close vicinity to one another near the 79th Street Traverse! 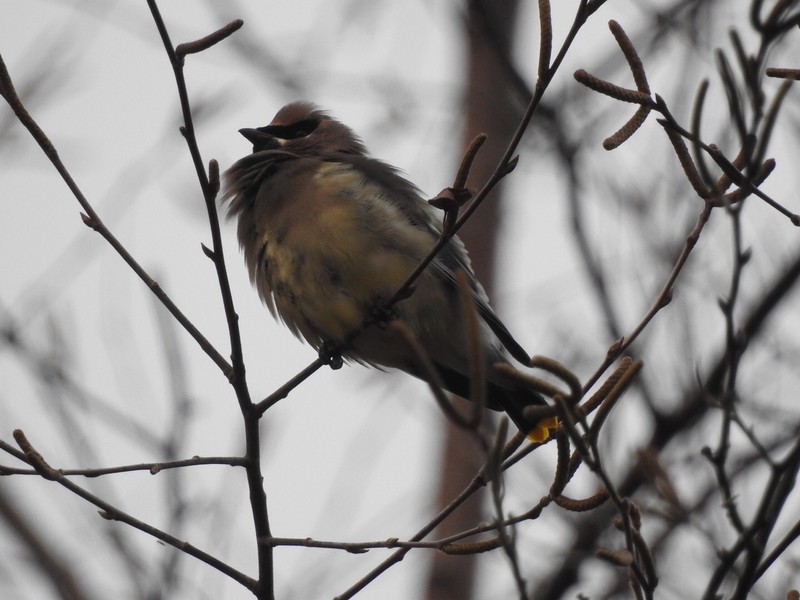 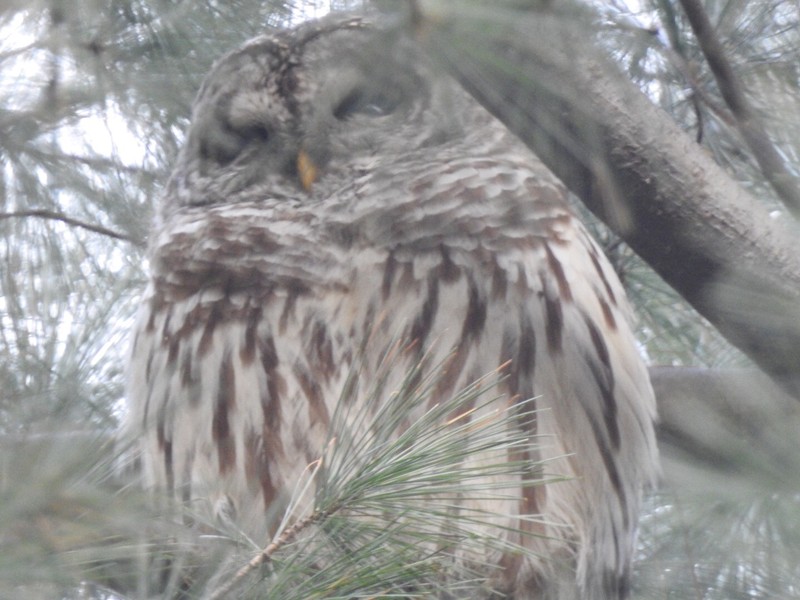 As well as the sleeping NORTHERN SAW-WHET OWL that has been found in the same holly bush for a few days now. Sooooo cool to see this seldom-seen species so many times recently! 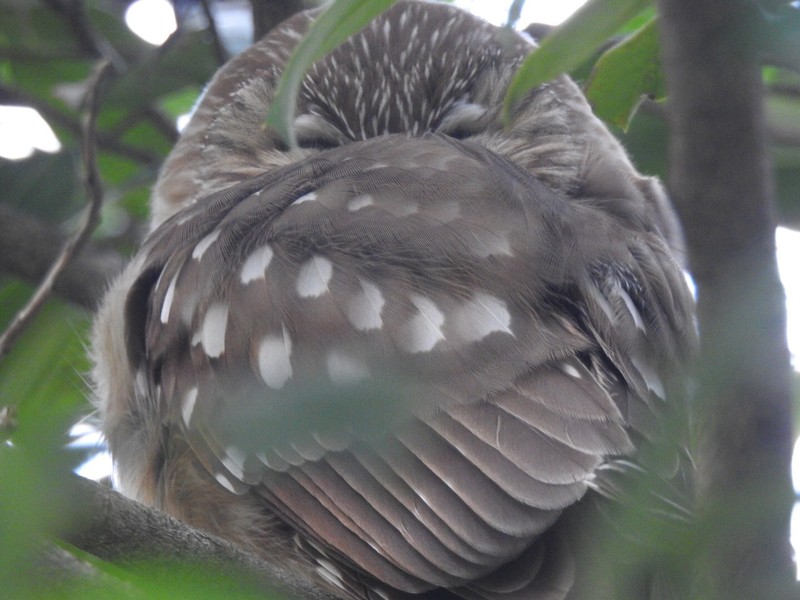 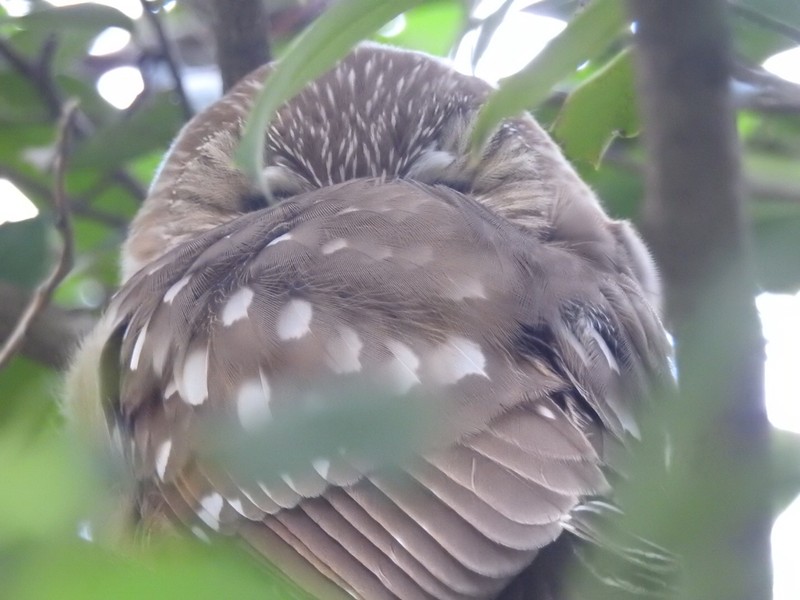 And a walk to the Evodia Feeders in the Ramble scored me the third owl species, a roosting GREAT HORNED OWL! Owl trifecta — woohoo!!! 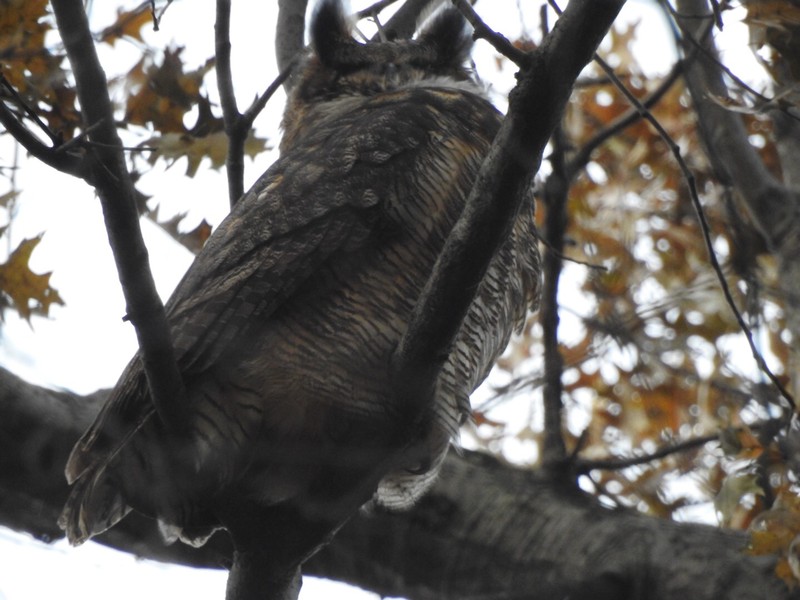 What an INCREDIBLE day! Bird-of-the-day goes to the Black-headed Gull with runners-up to the Eurasian Wigeon, Red-throated Loons, and Northern Saw-whet Owl. So many goodies to pick from — crazy!!! Stay tuned, this is my last week of school before I head back to the Windy City for Christmas break.

Posted by skwclar 15:15 Archived in USA

Wow! What a day! It’d sure be nice to join you on one of your adventures!

Wow, Henry! I can't believe how many birds you saw in one day plus the three owls have to be my favorites!