Today, now that I am back in Illinois, I birded on the southeast side of Chicago with my friend Kim Habel in search of a bird called a Snow Goose which is a casual species here in Chicago, showing up with large goose flocks every once in a while. We were specifically headed to a place called Calumet Park.

Before I show photos from today though, I have some from the other day when I was walking around in Millennium Park with my family.

A late HERMIT THRUSH was nice. 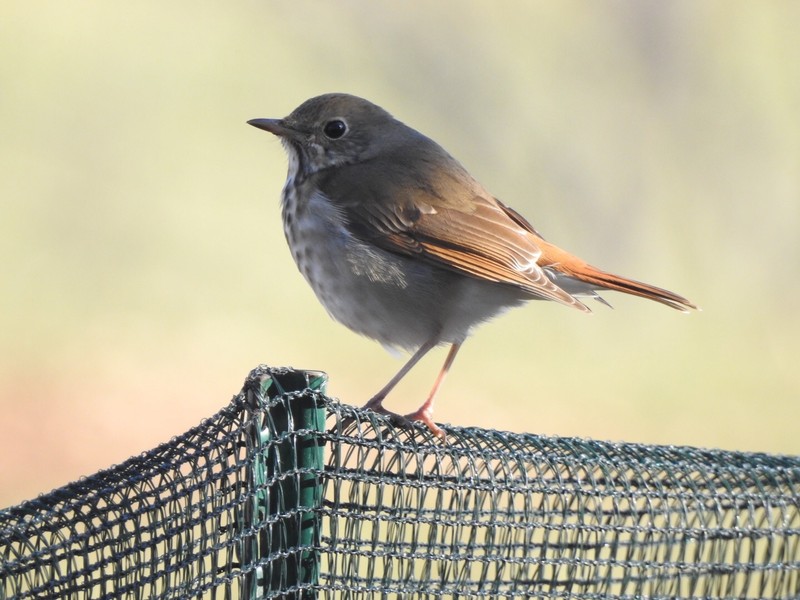 As was this COMMON GOLDENEYE in Monroe Harbor. 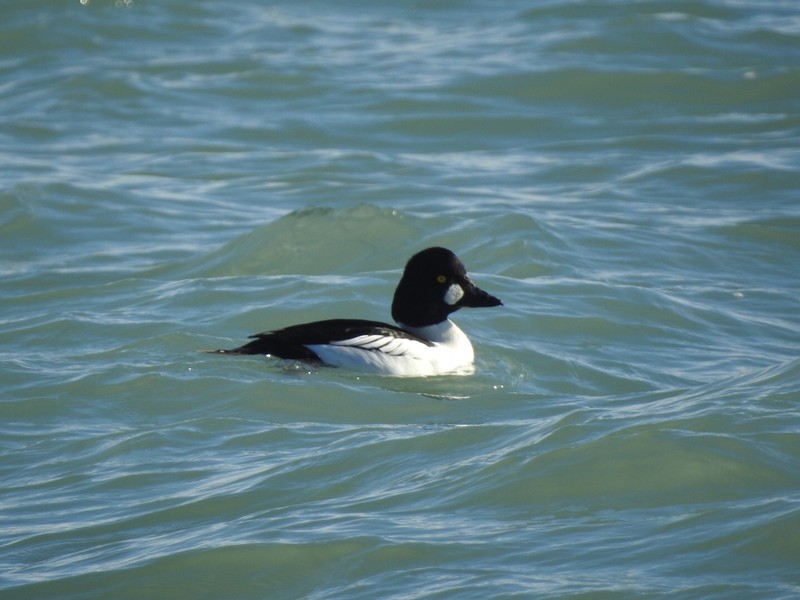 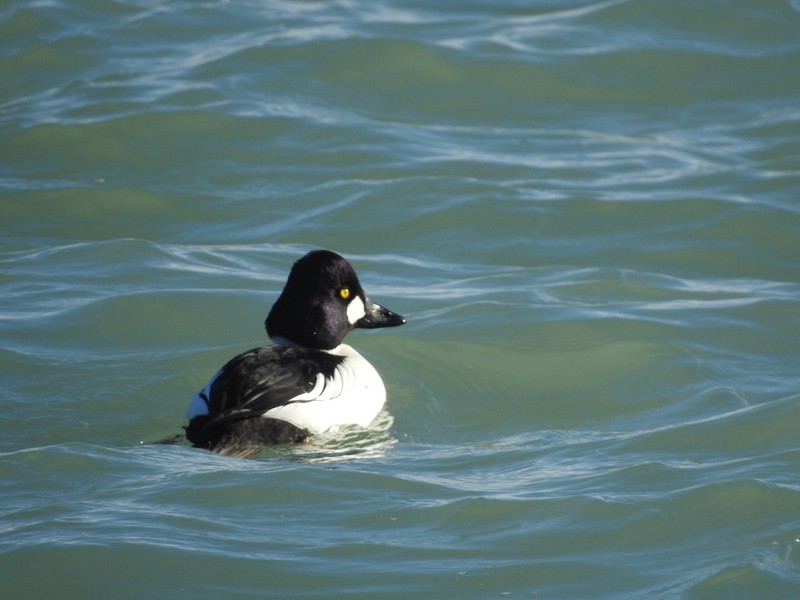 And best of all, a PEREGRINE FALCON put on a beautiful show soaring far overhead. Too cool! 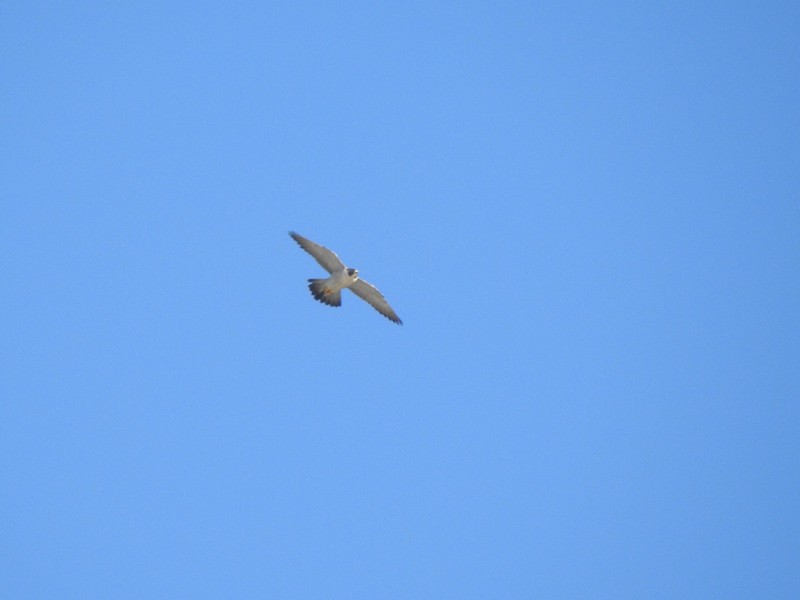 Upon arriving, many geese were there including these common CANADAS: 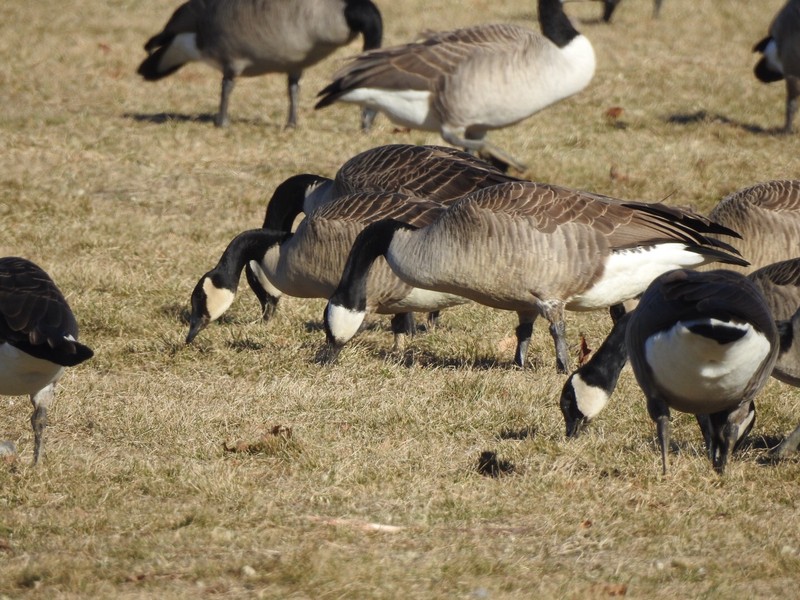 Then, we scanned the flocks that were swimming in Lake Michigan and soon, two orange-legged geese flew in: GREATER WHITE-FRONTED, very cool and uncommon — I have only ever seen this bird one time before today’s sighting. 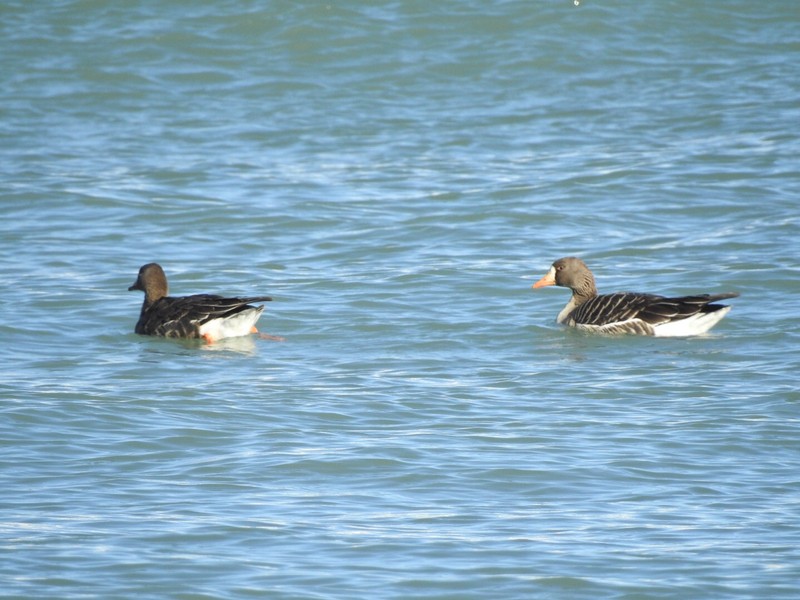 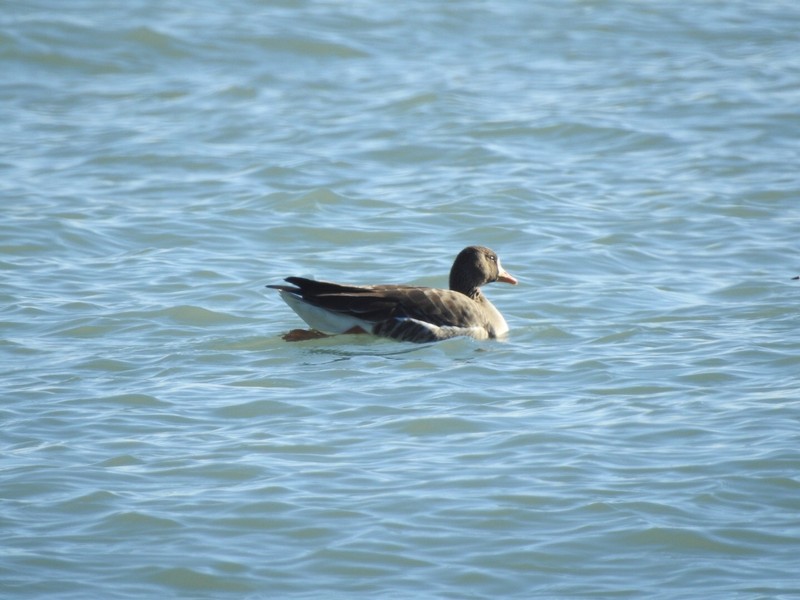 Here they are associating with the larger and more common Canadas: 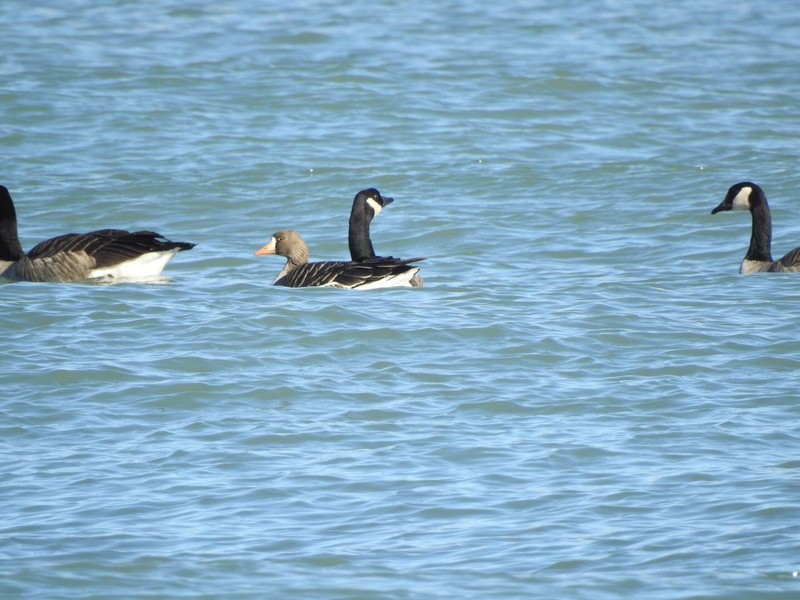 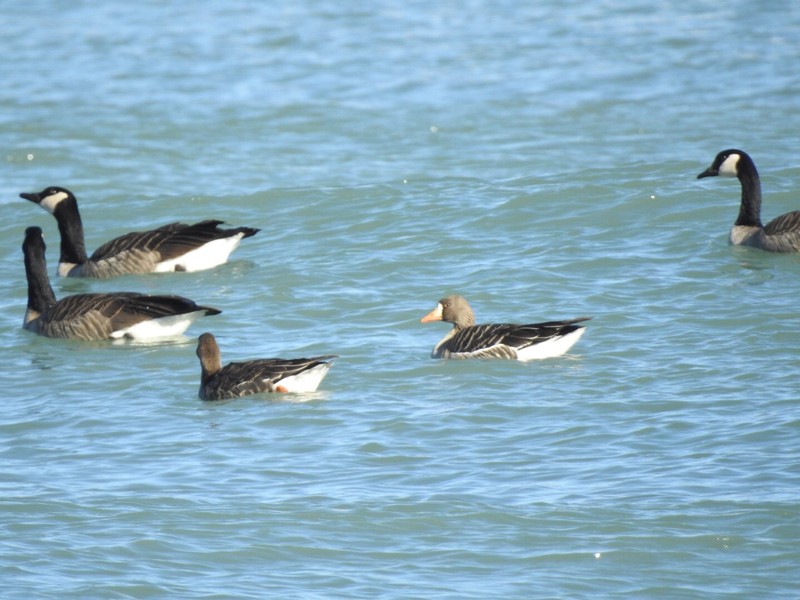 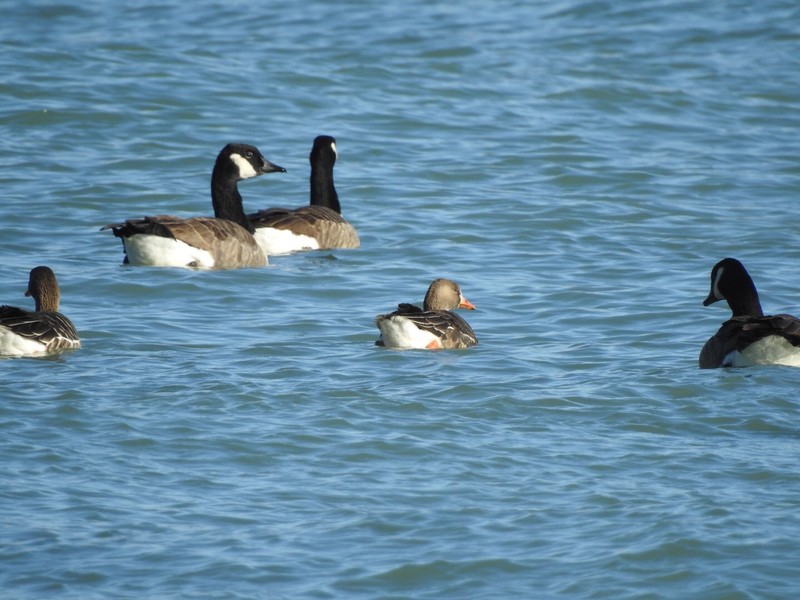 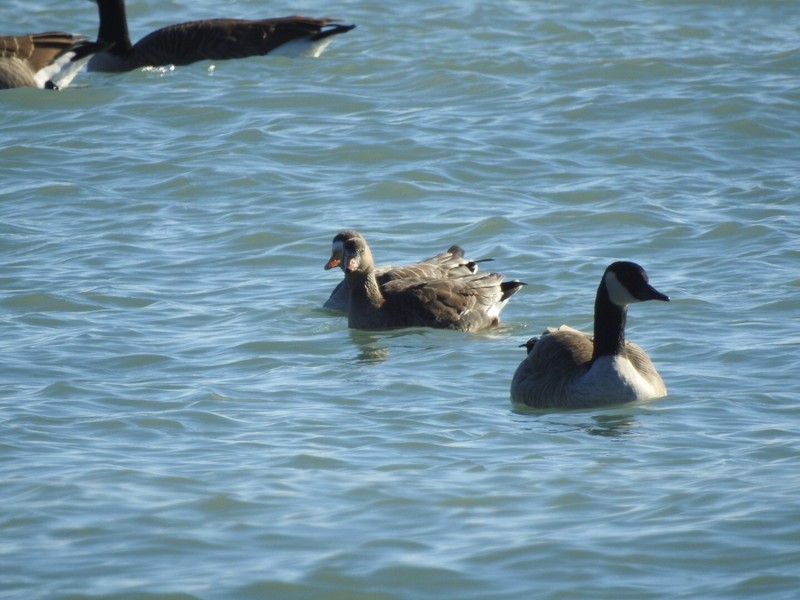 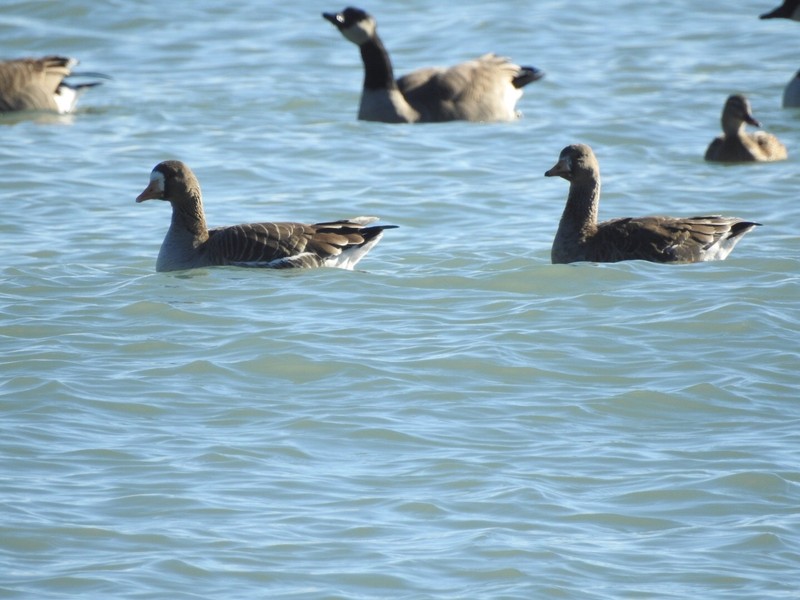 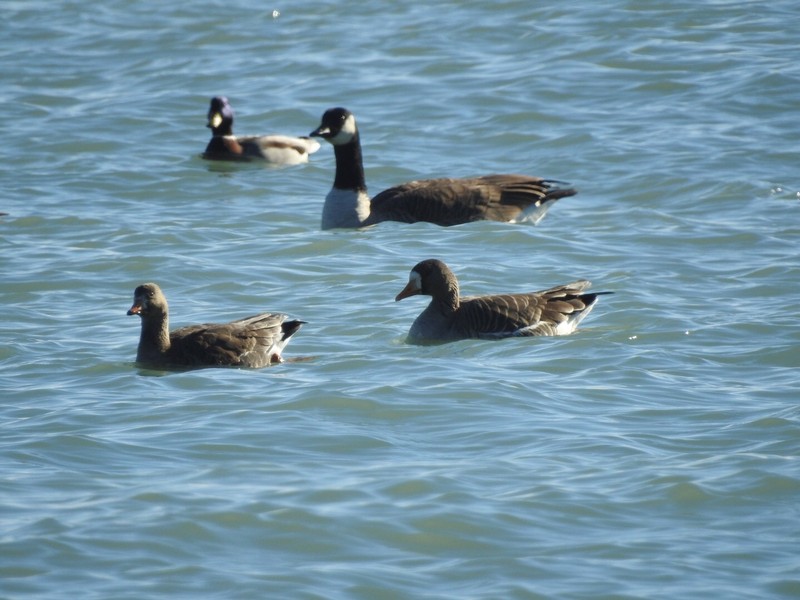 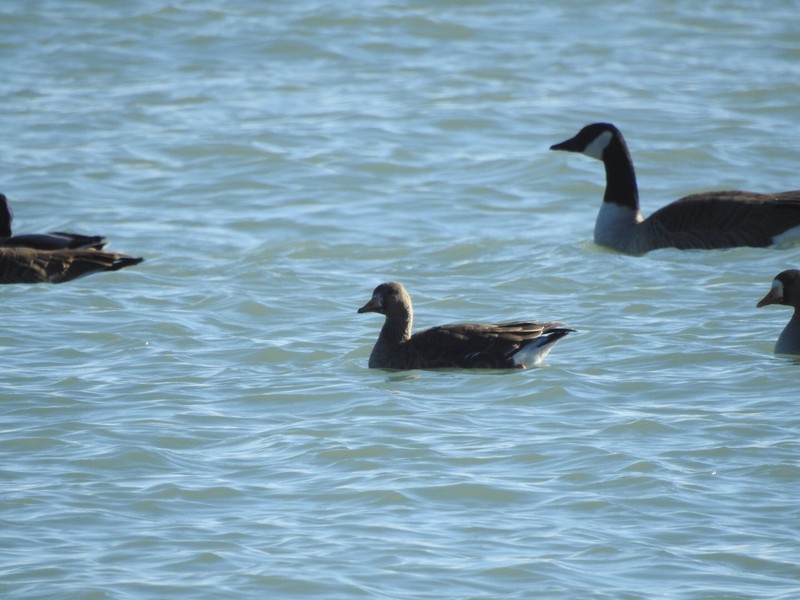 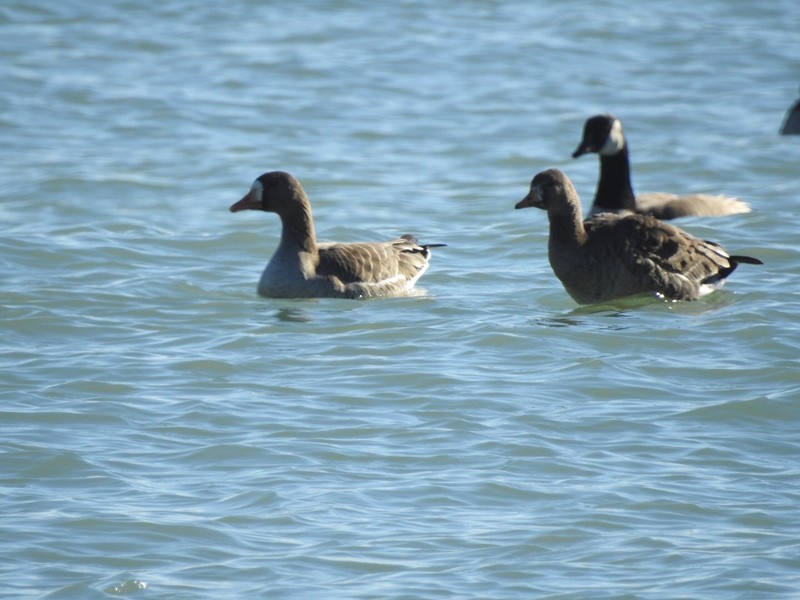 There was other waterfowl around as well, including this female BUFFLEHEAD: 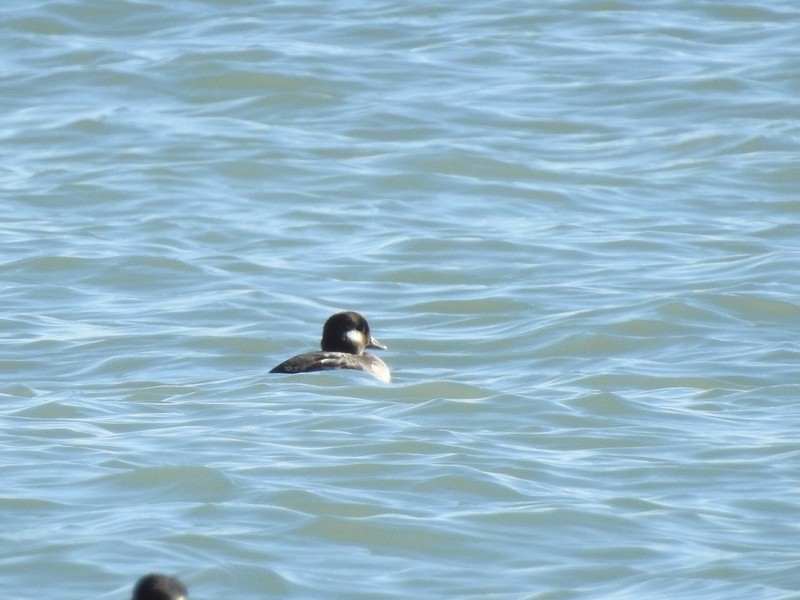 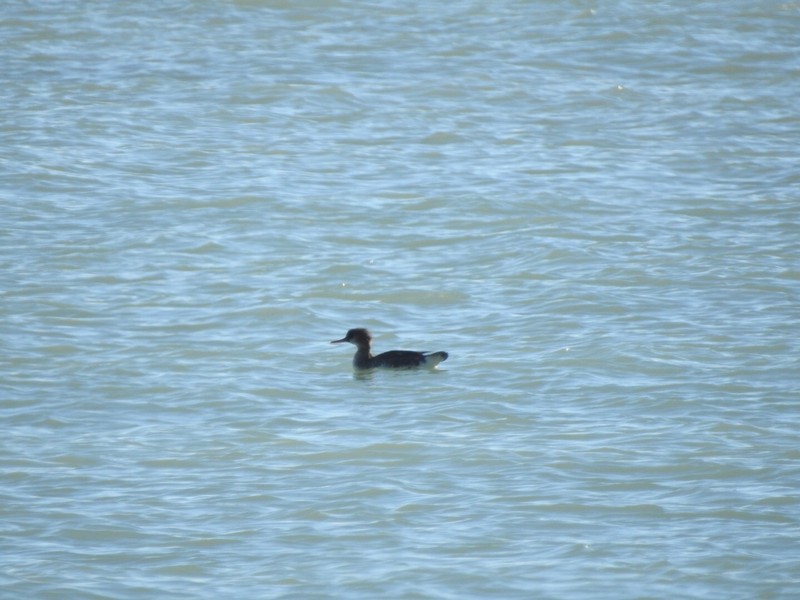 Then, we tried scanning the large goose flock gathered on the baseball diamonds one more time. Sure enough, Kim spotted this glisteningly white gem, our hoped-for SNOW GOOSE. What a great bird — another goose species, though common in some parts of the country, that I have only ever seen once before! 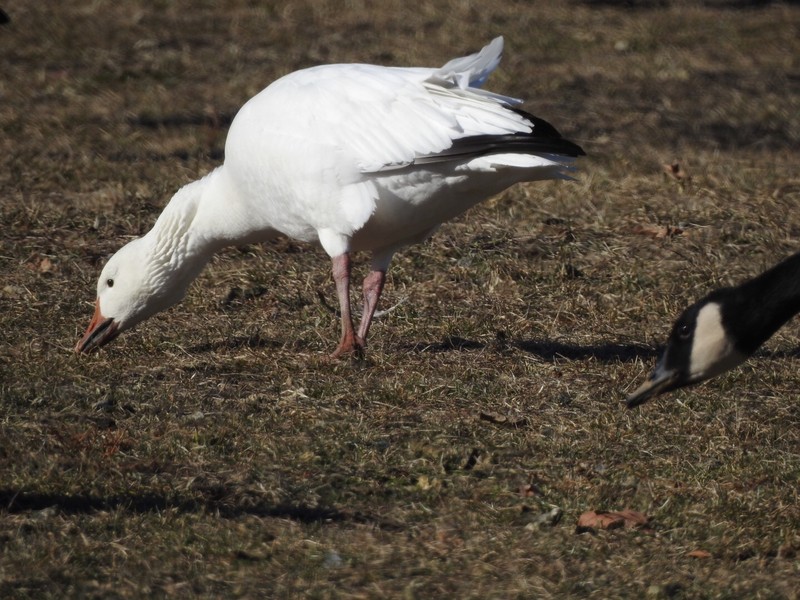 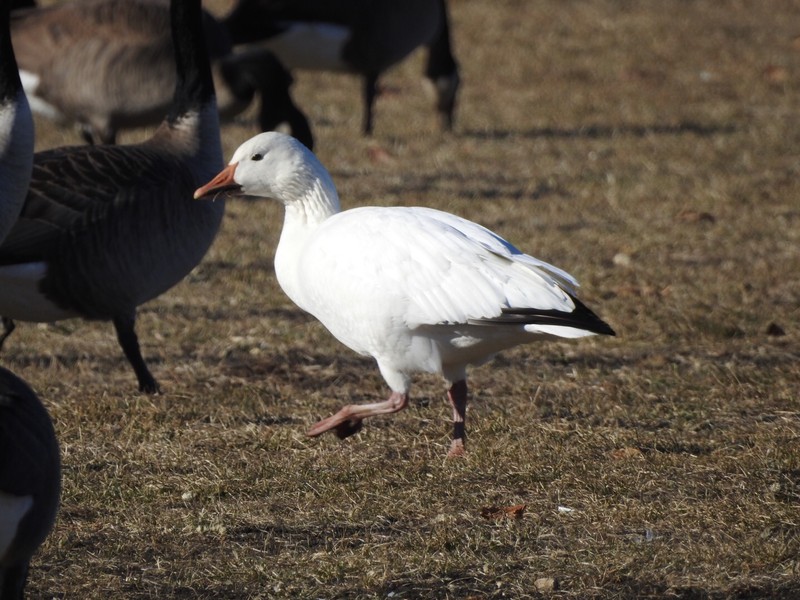 Then, to our absolute delight, I picked out a fourth (!) species of goose for the day, a CACKLING GOOSE which is a Canada Goose-lookalike with a much stouter neck and a stubbier bill. Overall, a cuter-looking bird, and rarer than the Canadas! 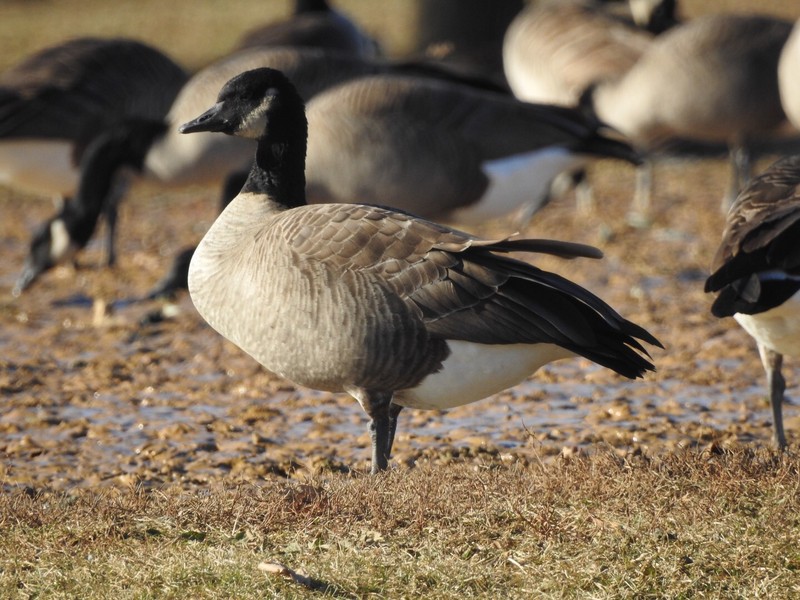 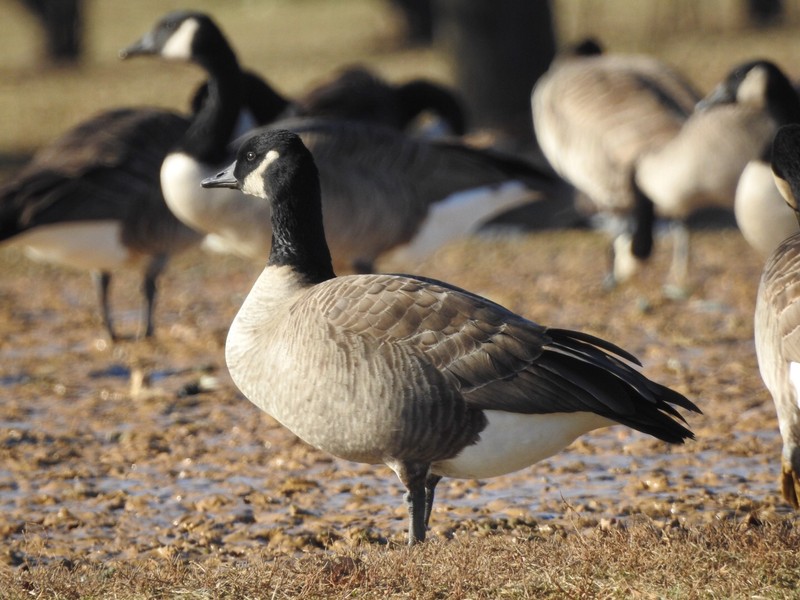 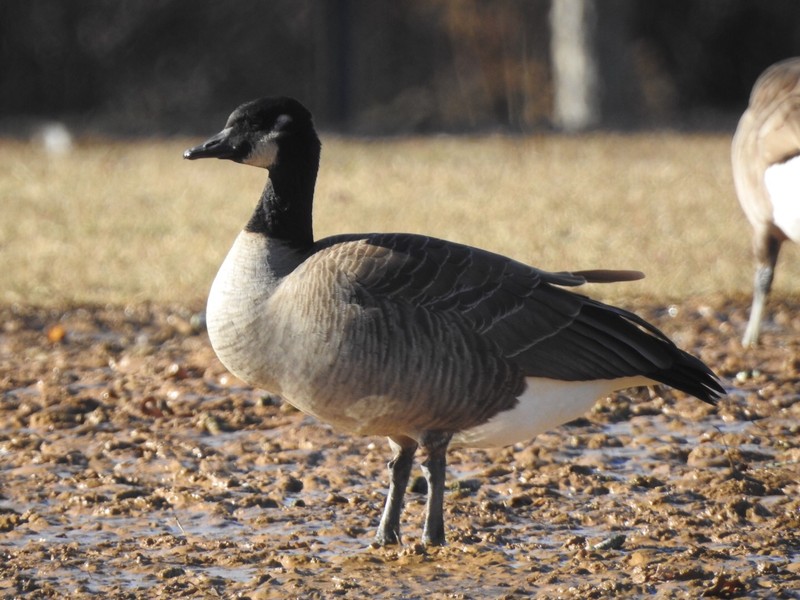 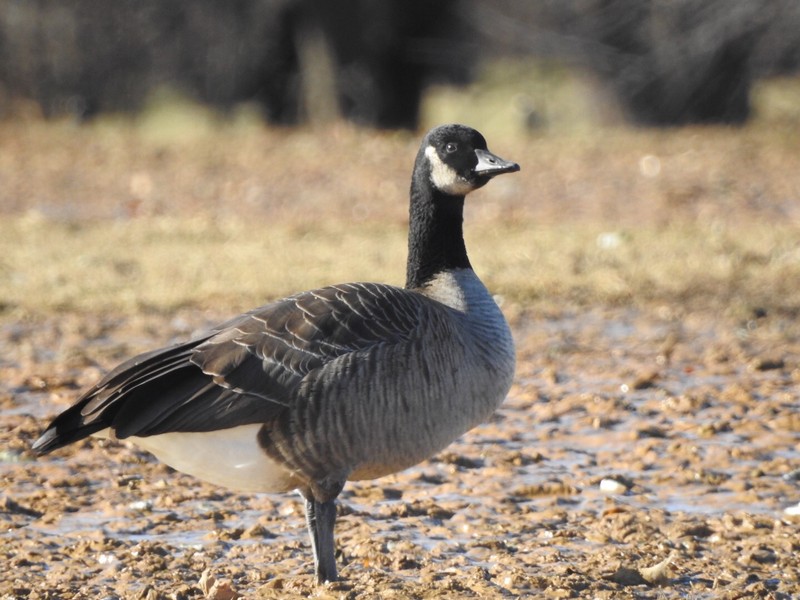 It was truly a wild, albeit successful, goose chase! Birds-of-the-day to our two “bonus” geese species, the GREATER WHITE-FRONTED & CACKLING GEESE, with runner-up to the always-spectacular SNOW GOOSE:

Posted by skwclar 15:53 Archived in USA

Love all the different waterfowl! thanks