Day 14: The Drive to Lake Taupo

Today we drove to Lake Taupo (did you notice I didn't start this post with "hi all"? It was becoming too much of a personal cliche), the largest lake in New Zealand within the largest volcanic crater in the world (a sunken crater, of course). Quite the study of superlatives. Most of the day, however, was dominated by the drive and stops along the way. I just added the photos.

Our first three stops were at places with a great deal if geothermal activity. It looked very similar to some of the scenery at Yellowstone National Park last summer (and boy did it smell like it, too!). Everywhere it smelled acutely of sulphur. The first stop was at something called a "mudpot", which is exactly what it sounds like. A bunch of icky mud boiling up to the surface of the earth to form a big muddy bog. It was...interesting, and somehow mesmerizing to watch. 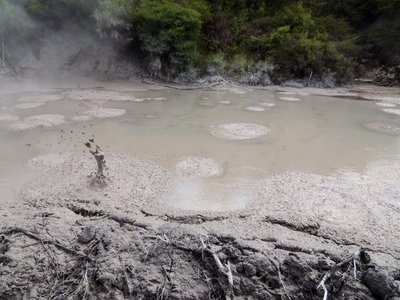 Our next stop was at a beautiful geyser called Lady Knox Geyser, a beautiful geyser that shot up about sixty feet in the air. The funny story behind this geyser is that it is man-made. A couple hundred years ago, the area around the geyser was a big prison. The prisoners discovered a "hot springs" and decided to wash their clothes in it. As soon as the soap touched the hot spring, it triggered an extreme geothermal reaction, and to their fright, hot water along with their clothes spewed sixty feet in the air. The geyser will not go off unless it is triggered, so a staff person at the nature preserve put a biodegradable soap-like material into the geyser vent, and within a minute, there was a major eruption. I thought that it was a very intriguing geyser. 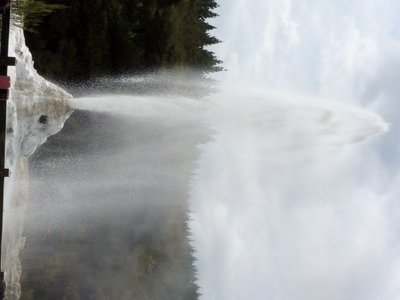 Our third stop was a two-hour hike around a very active geothermal area, and we saw quite a variety of geothermal features such as mud pots, hot springs, multi-colored lakes, and inactive geysers. 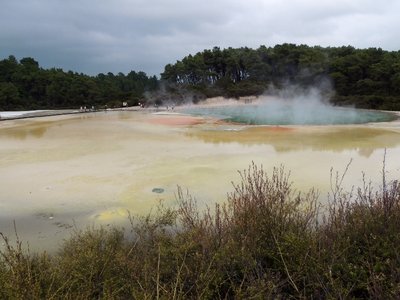 The Devil's Bath. My father called it the "Devil's Urinal". Blugh. 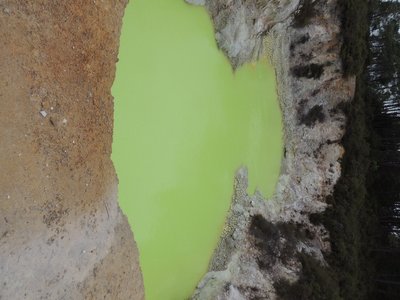 My sister Pearl plugging her nose in an especially stinky area. 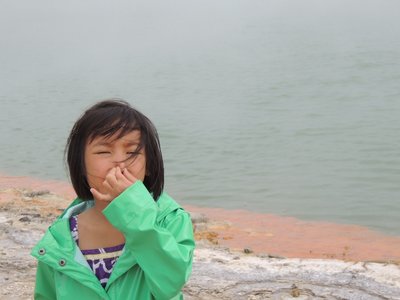 I saw a few nice birds on this hike including a PIED STILT which was in the middle of a very hot geothermal lake. It was eating insects that were caught in the hot water, although somehow the bird itself wasn't actually affected by the temperature. 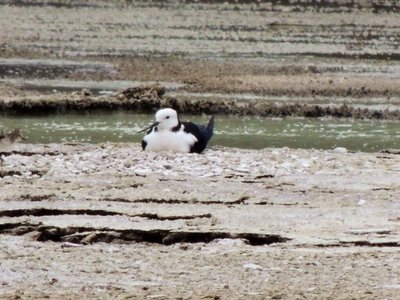 Some other birds seen were NEW ZEALAND SCAUP, PARADISE SHELDUCK, BARBARY and SPOTTED DOVES, NEW ZEALAND FANTAIL, and a TOMTIT (again, the bird, not the breast). 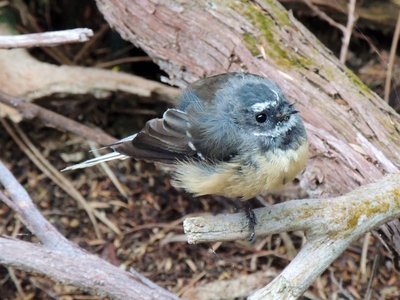 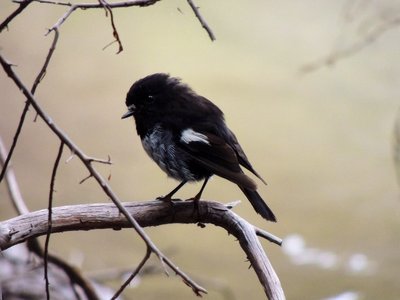 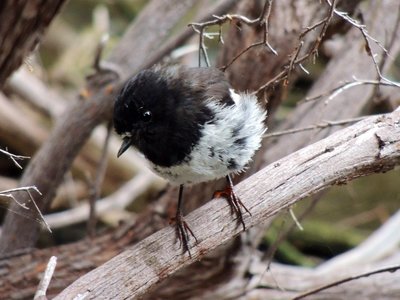 Our last stop of the day was a viewpoint across a scenic valley facing a nice waterfall (this is the third major waterfall I have seen in New Zealand). It was very beautiful there. 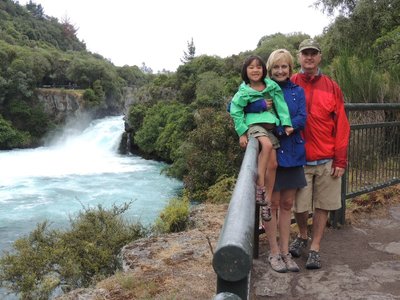 After we arrived at our cottage near Lake Taupo, I took a walk around the lakefront. I saw some very nice waterbirds including LITTLE BLACK SHAG, GREY DUCK, GREY TEAL, NEW ZEALAND SCAUP, and a family of absolutely stunning BLACK SWANS. 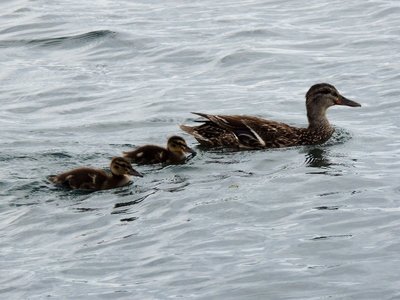 Leucistic Grey Duck. Leucism is an uncommon phase in animal species where there is an abnormal amount of white pigment present in the feathers of a certain bird, creating a "half-albino" look about the bird. 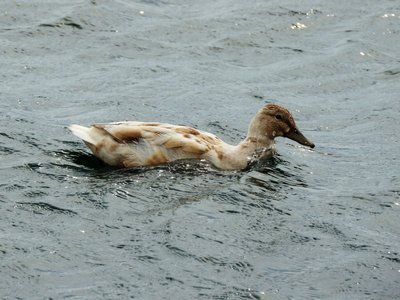 A beautiful family of Black Swans, with a Grey Duck tagging along just for fun. 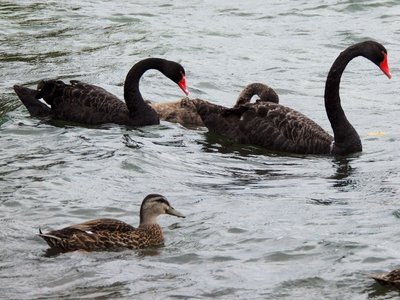 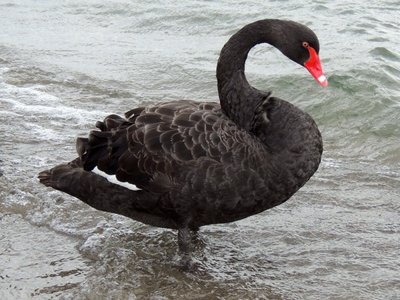 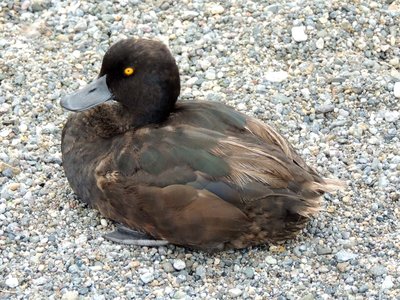 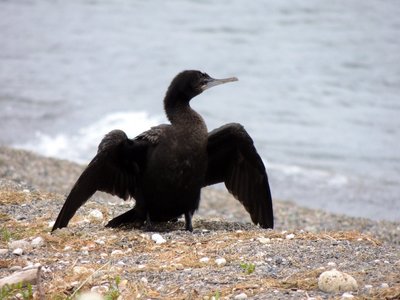 Bird-of-the-day to the family of BLACK SWANS. They are so odd and yet still beautiful compared to the swans in North America.