Today we drove from Lake Taupo to Hawke's Bay, a famous wine-making region.

First of all, however, before we left I took a quick walk to Lake Taupo and snapped a photo of this gorgeous BLACK SWAN: 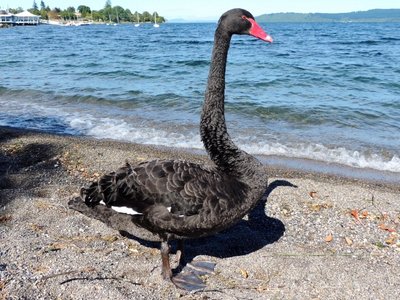 Other water-oriented birds seen were GREY DUCK, GREY TEAL, and a WHITE-FACED HERON.

Our first stop on the drive to Hawke's Bay was a pull-off to admire the far-away Ruapehu, the highest mountain in the North Island of New Zealand (but not the highest in the entire country). Even though it is the middle of the summer, it still has snow and ice on it, including the last of the North Island's alpine glaciers. All of the other glaciers and perennial snow bodies in New Zealand are found on the South Island. Here is a photo taken from afar of this magnificent mountain. 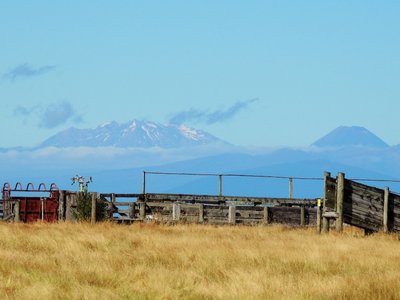 Our second stop was at a beautiful waterfall, the fourth major waterfall we have seen in New Zealand. 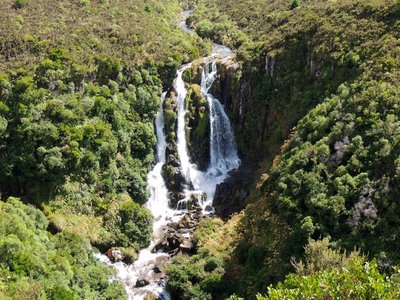 Our third and last stop of the day before arriving at our destination was at a small but nice fruit stand, where we bought a myriad of fresh New Zealand fruits. My dad determined there that apples don't only taste good in America.

Finally we arrived at Hawke's Bay. After a quick lunch, we split up. My parents checked in at the hotel while I watched Pearl at the playground and managed to sneak in some birdwatching at the same time. Some avian species seen included KELP, RED-BILLED, and BLACK-BILLED GULLS as well as TUI and LITTLE SHAGS. More common species were seen also, of course. 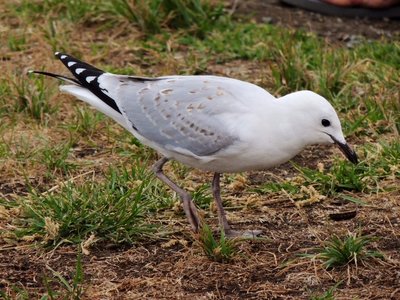 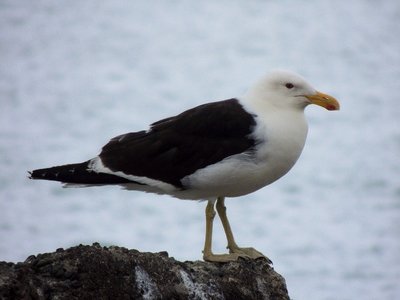 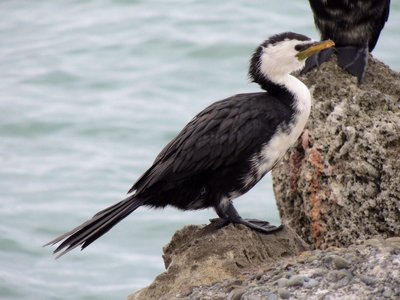 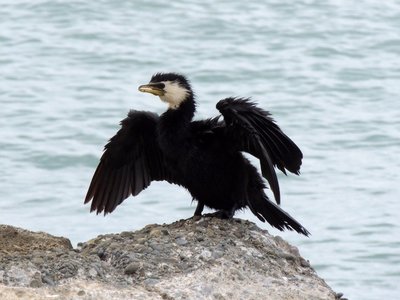 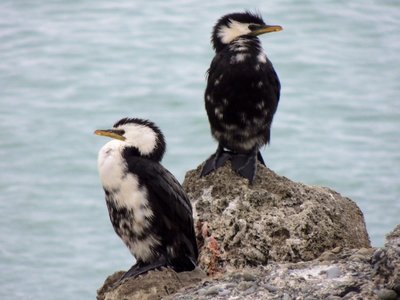 We had a fancy dinner later that evening. I had a delicious chicken dish, with the succulent chicken wrapped in bacon and ham and stuffed with cheese and spinach. It was sprinkled with peppers and rosemary and was laid on a bed of mashed potatoes. Yum. My parents also enjoyed sampling the fine wines that Hawke's Bay is internationally known for.

Bird-of-the-day to the Black-billed Gull again. I like this gull species so much because it is an endangered species and yet so cooperative for photographs. I believe this is the third time it has won the bird-of-the-day award.

Tomorrow we drive to Martinborough. We are considerably further south in the North Island than where we were a week ago, and will continue to march our way south in North Zealand.