Manhattan: From Woodcock to Geese

Now that I have been back at school for a week, I finally had the chance to get out birding today. My target birds were migrating American Woodcock of which several have shown up recently at Bryant Park, and a Snow Goose which has been hanging out in the northeast corner of Central Park.

After a surprisingly quick trip on the 1, 2, and 7 subway lines, I was in the heart of Midtown Manhattan, scouring Bryant Park for the AMERICAN WOODCOCK. Soon enough, I found a huddle of people who weren’t even birders but who had discovered this dorky, tail-cocked, dancing bird in the plantings just north of Joe’s Coffee stand. The woodcock allowed for the most amazing views I have ever seen of this bird. 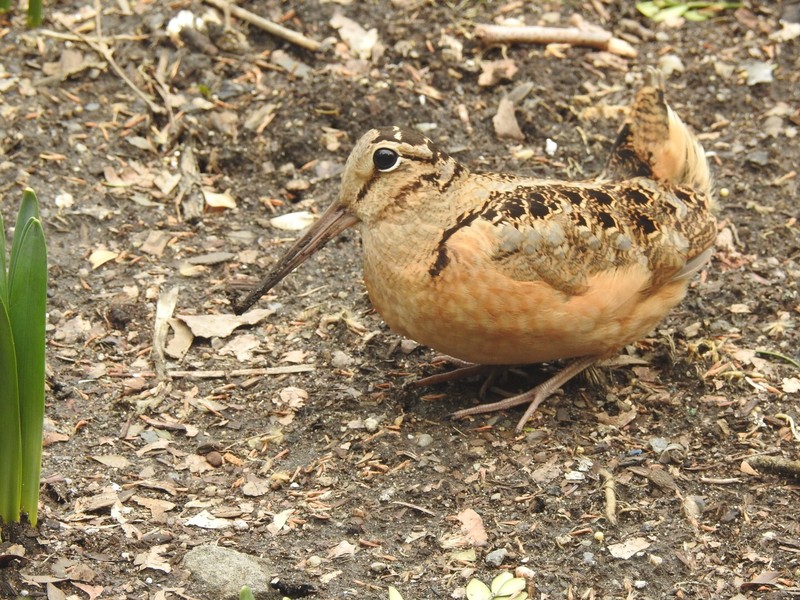 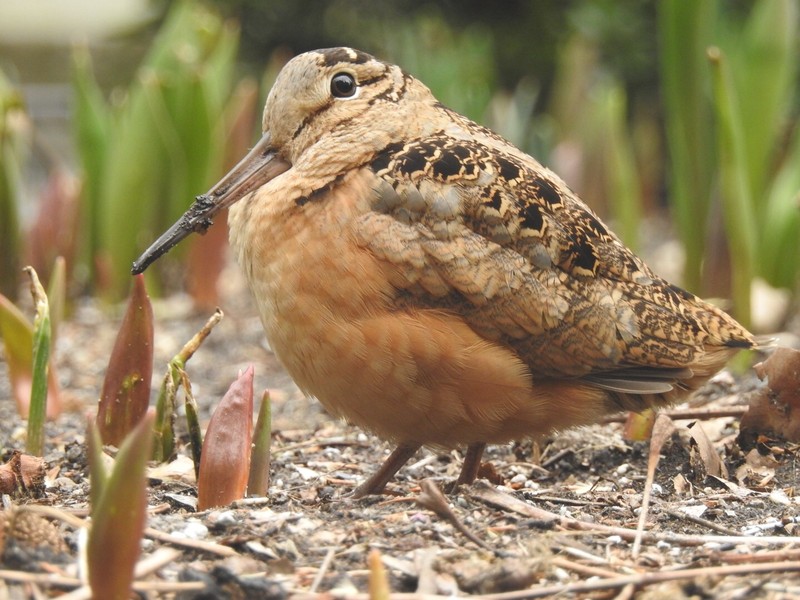 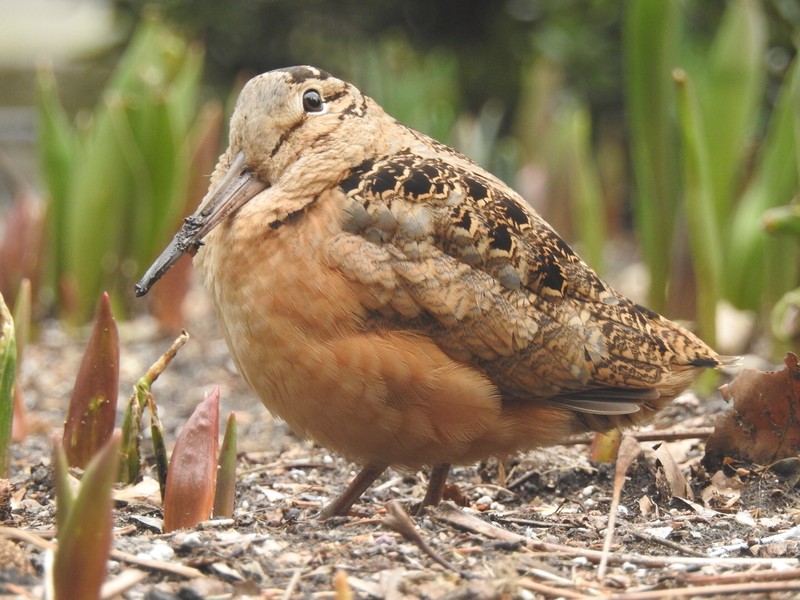 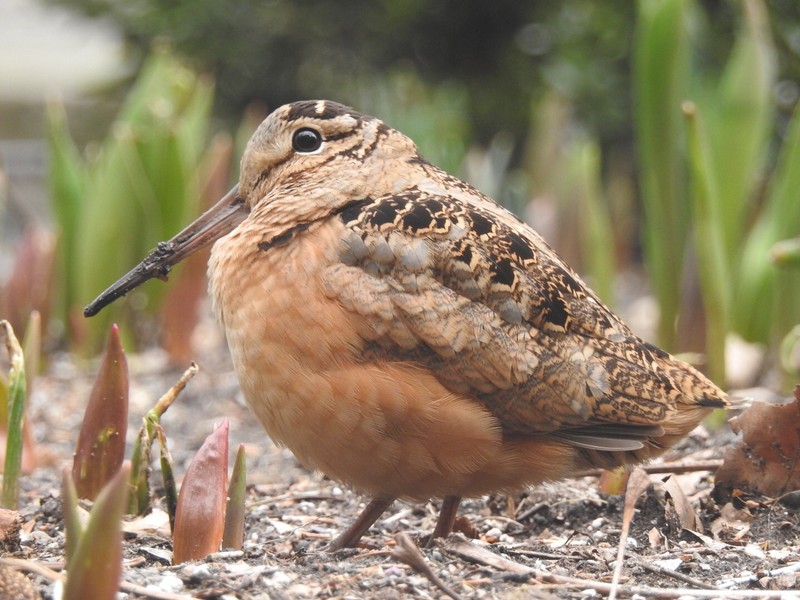 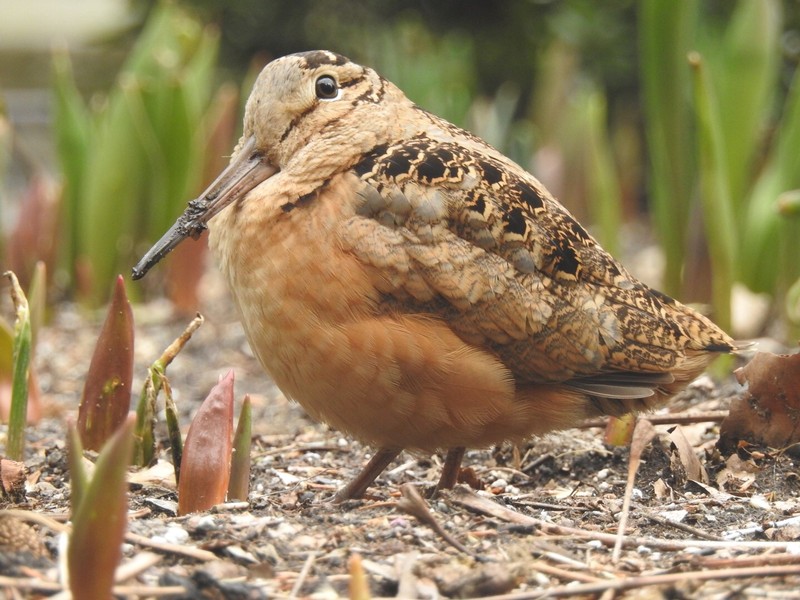 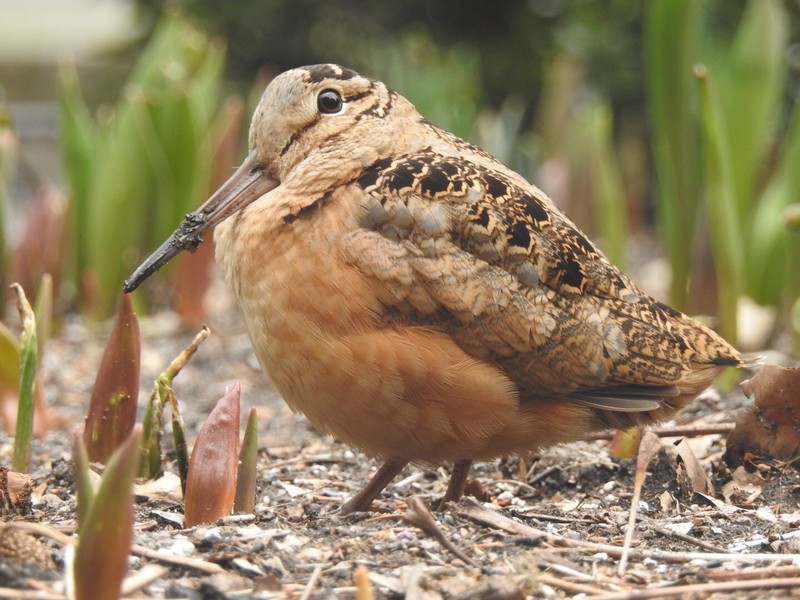 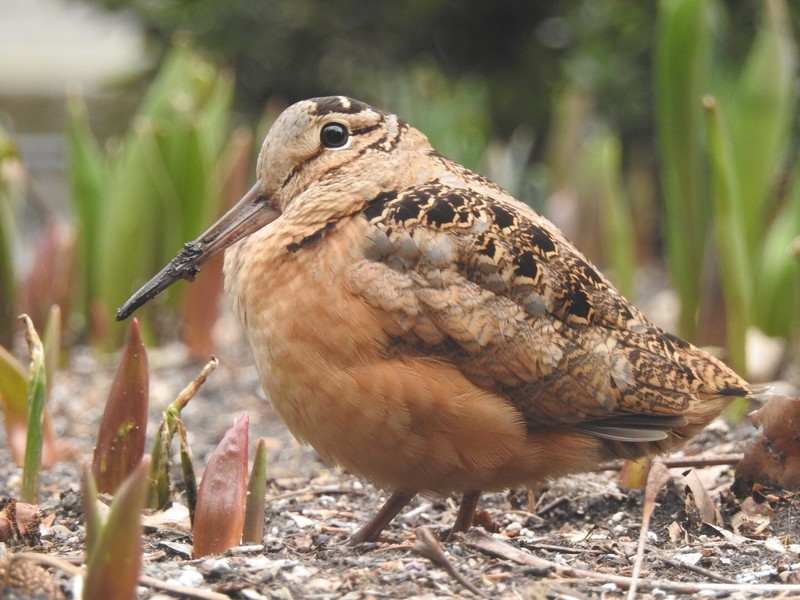 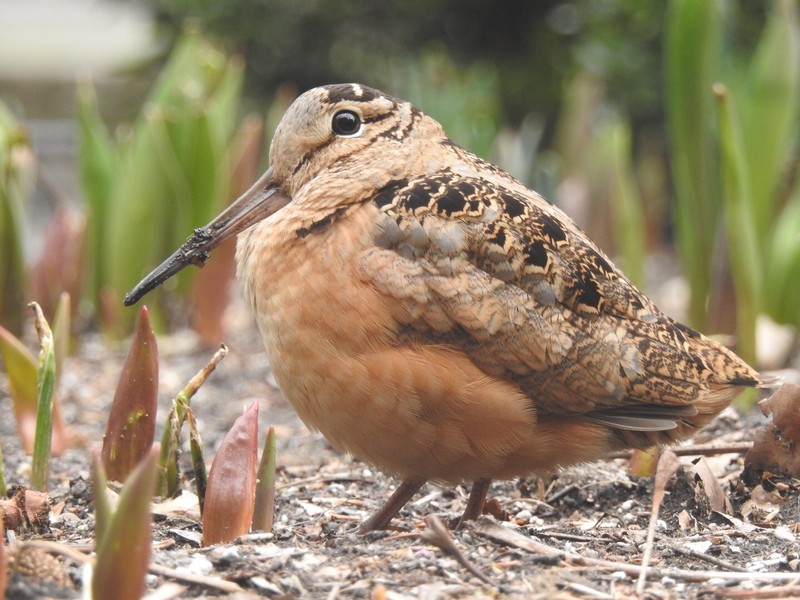 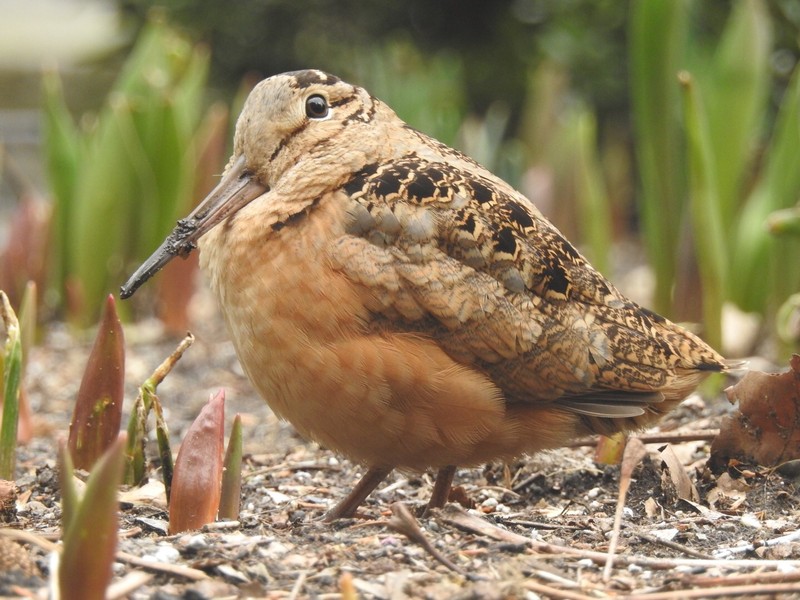 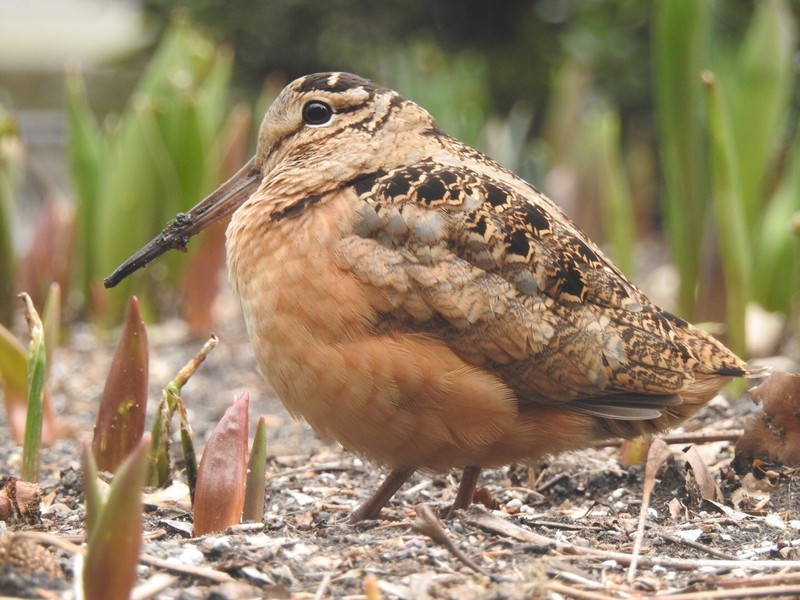 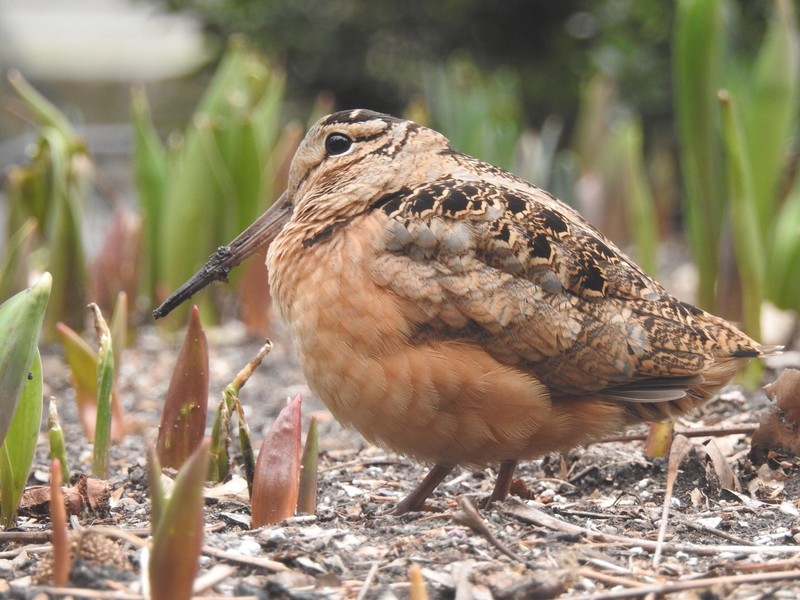 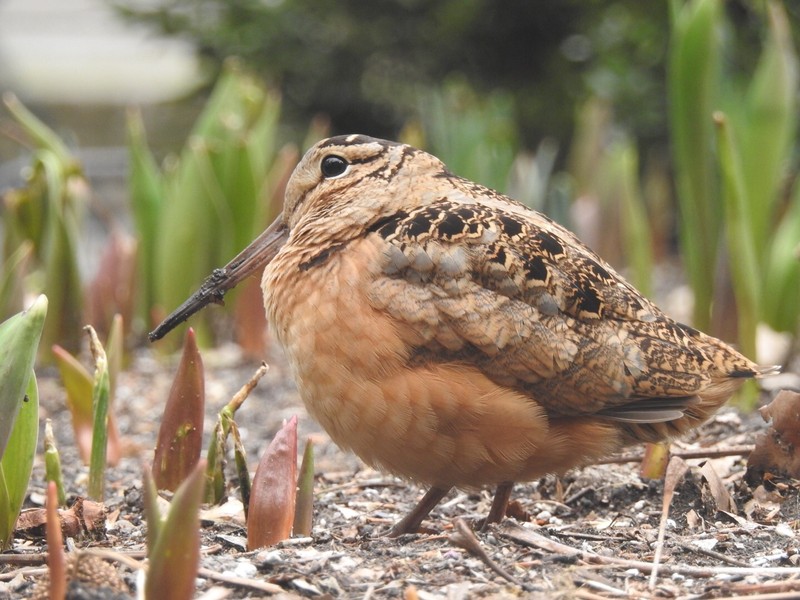 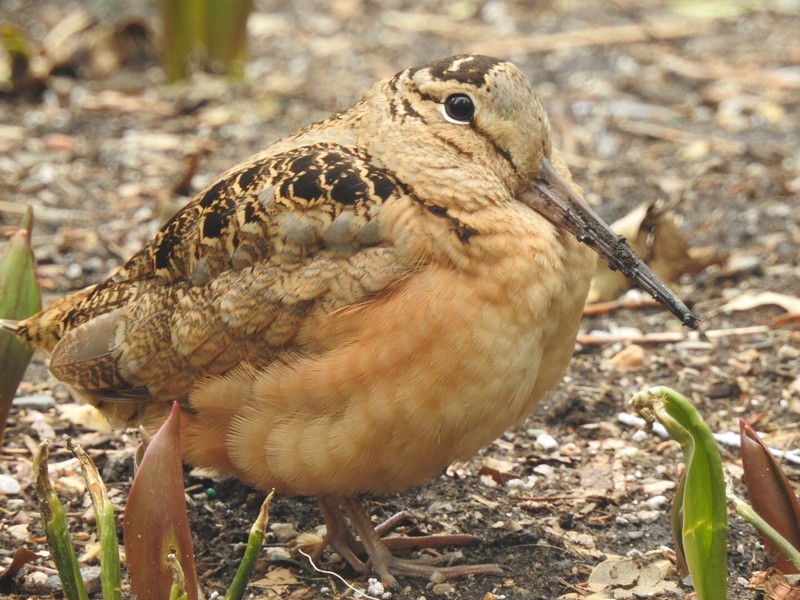 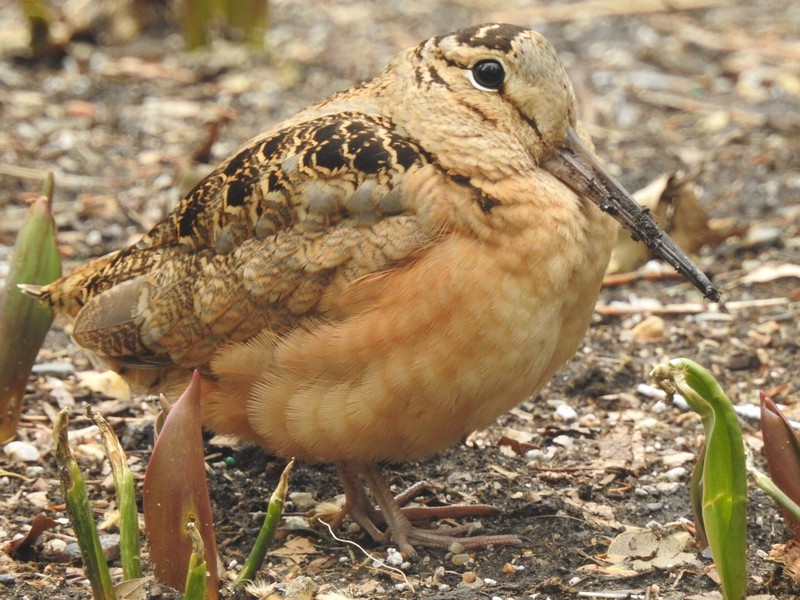 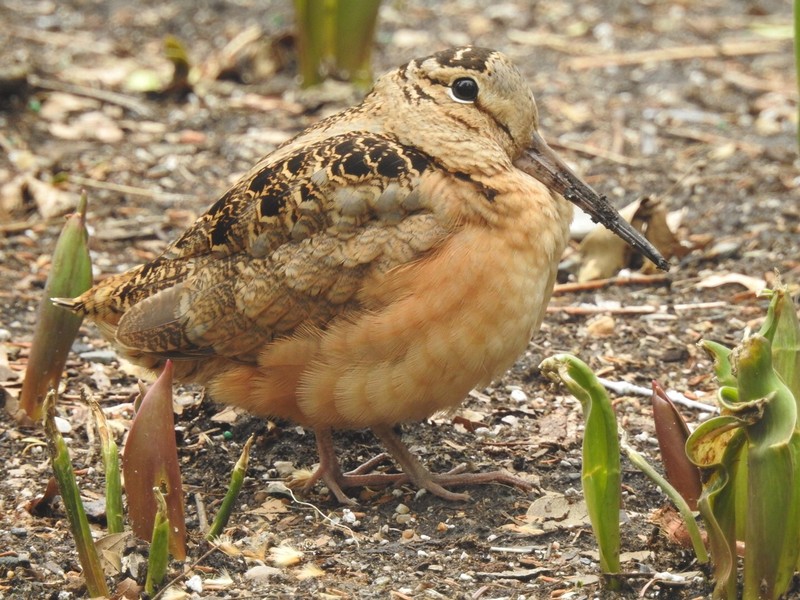 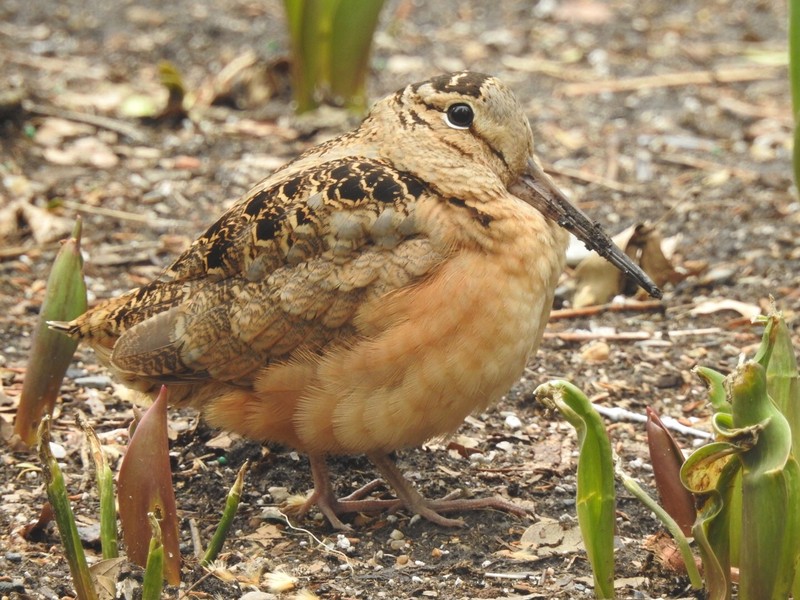 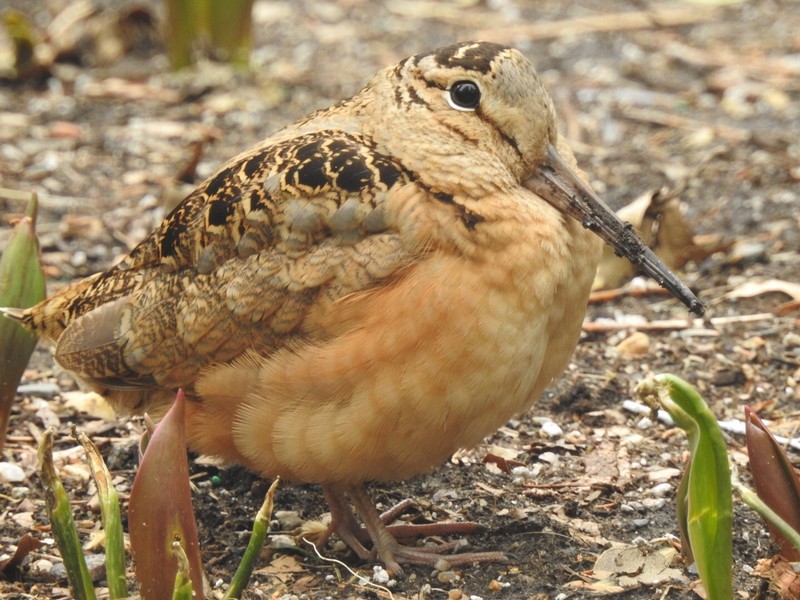 I hope this cute little guy makes it through the maze of Manhattan — the unfortunate fact that they have eyes on the sides of their head as opposed to frontward-facing, coupled with their long beaks, make them prone to painful deaths upon hitting windows in flight. 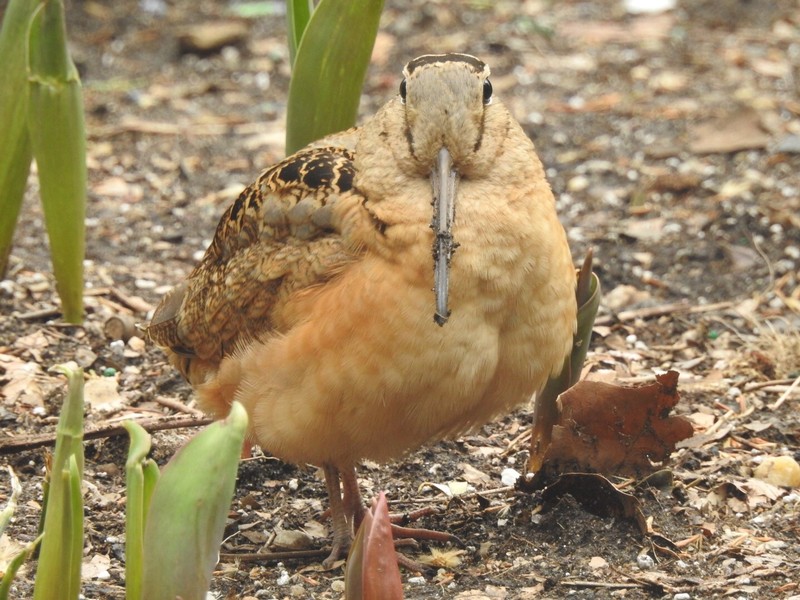 Look at that beautiful patterning on its back! 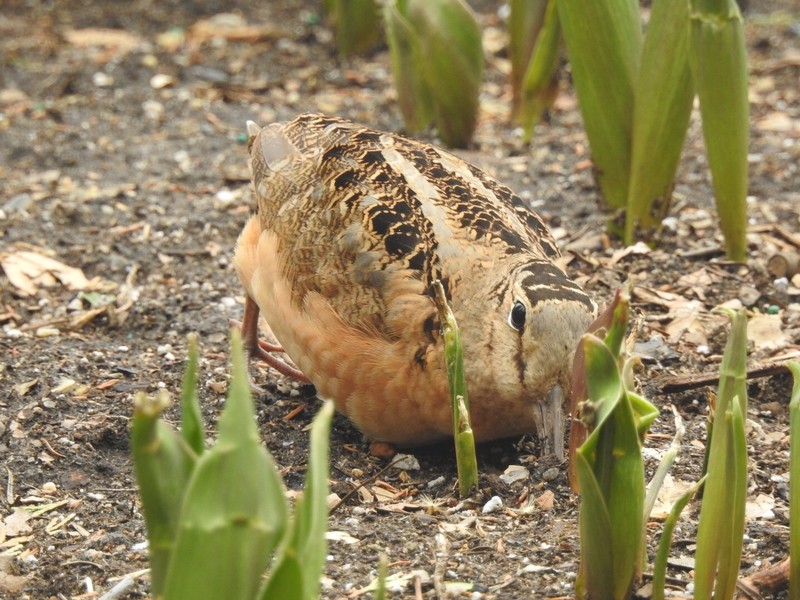 Here are less-zoomed views of the woodcock in the bigger picture of Bryant Park with the buildings in the background. Too cool! 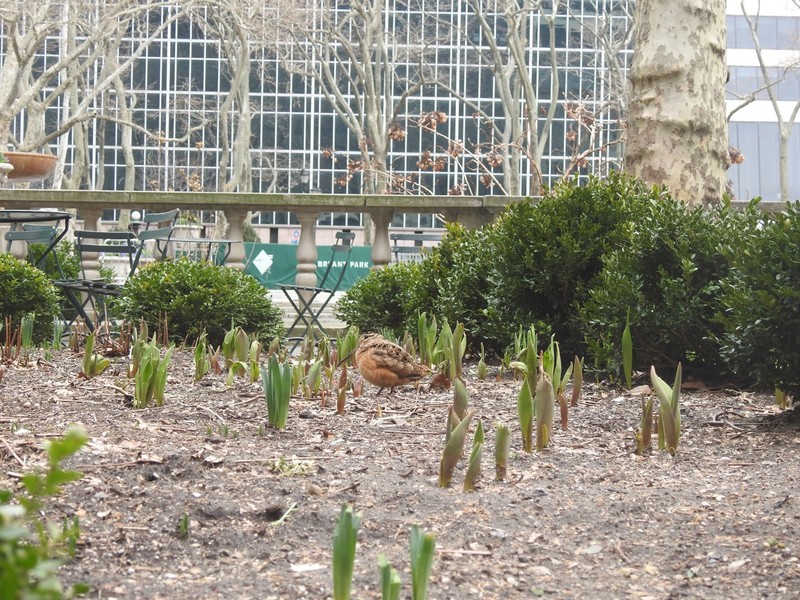 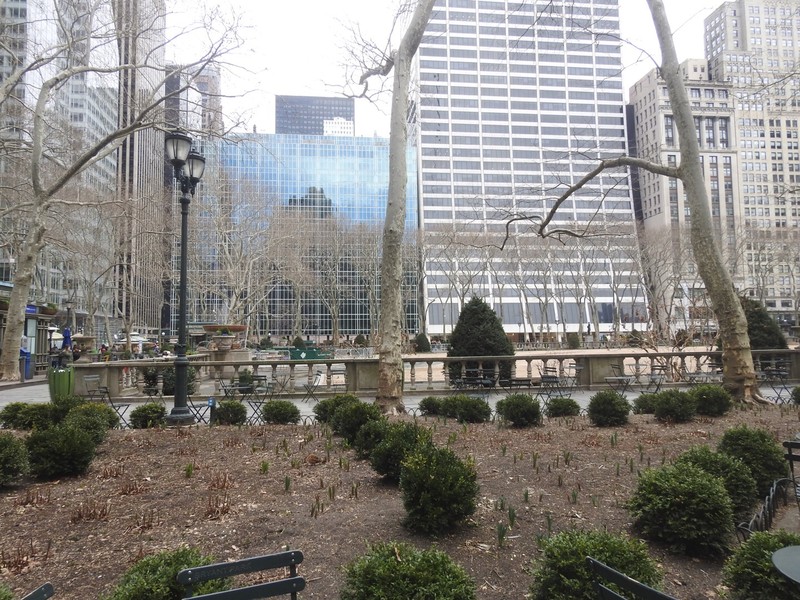 After showing several more people this gorgeous little creature, I took the 7 and the 3 trains to the northeast corner of Central Park where there is a lake called the Harlem Meer, at which the Snow Goose has been seen yesterday and today. I immediately found this drake RUDDY DUCK: 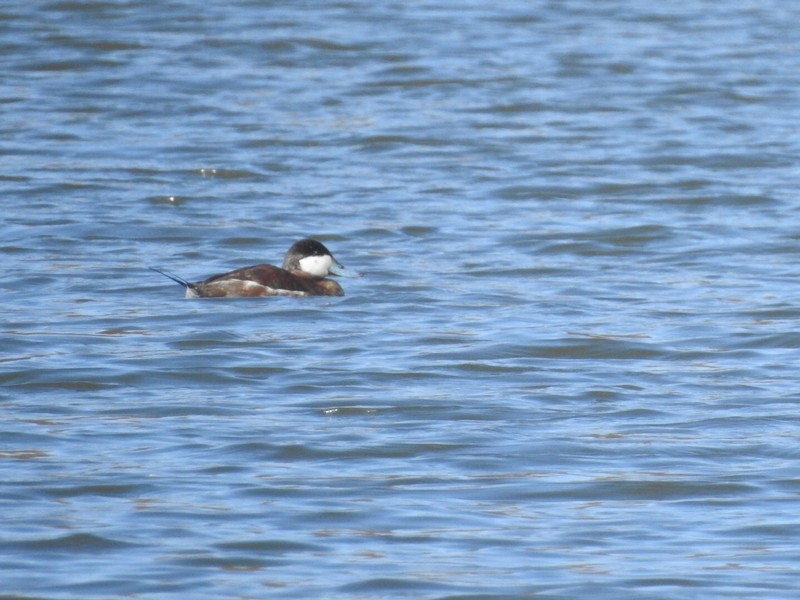 Then lo and behold, a beautiful all-white SNOW GOOSE appeared on the opposite side of the Meer from where I was standing. Nice! 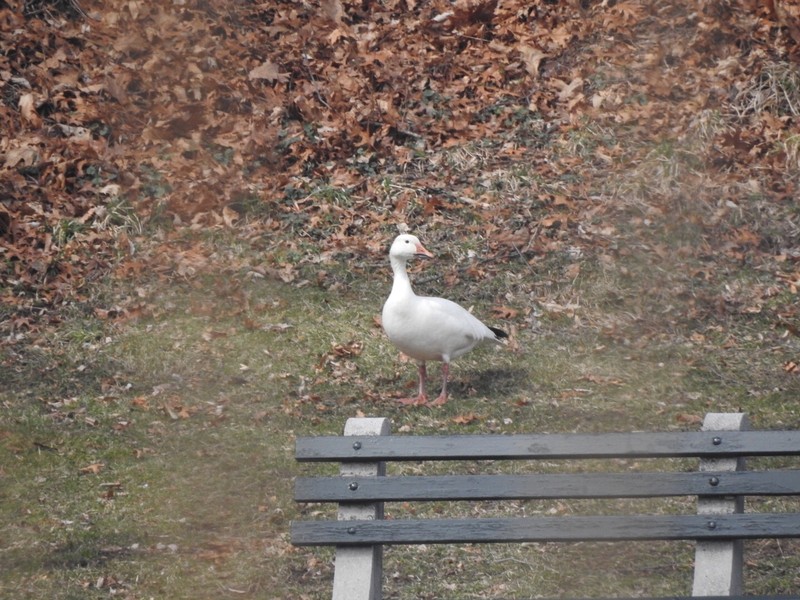 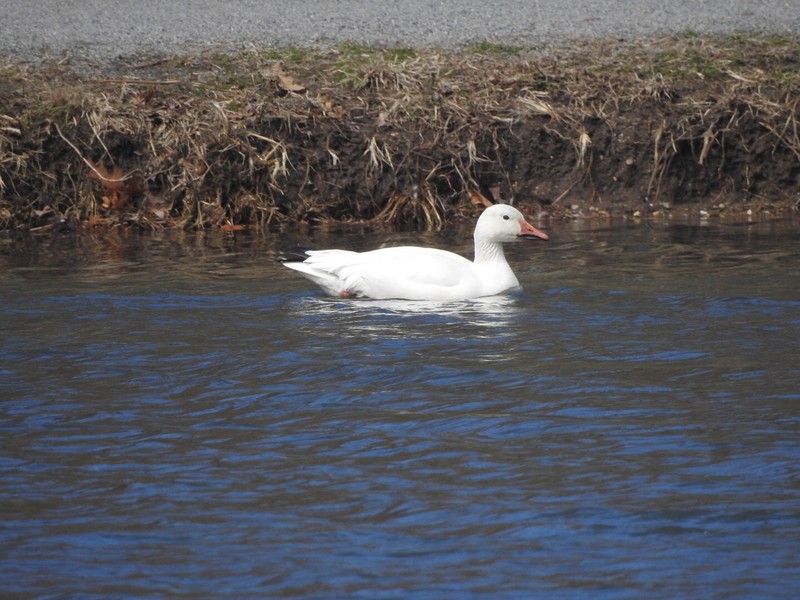 Two for two today! Bird-of-the-day to the American Woodcock with runner-up to the Snow Goose. Stay tuned, migration is just going to get better and better from here, and I am in New York until May 10, which means I will get to experience the heart of spring migration in Central Park!

Posted by skwclar 09:34 Archived in USA