Sorry I haven't posted in a while; the wifi has been absolutely atrocious lately.

Today we drove from Napier in the famous Hawke's Bay, to Martinborough, a very far outskirt of Wellington, New Zealand. Many common birds were seen from the car such as AUSTRALASIAN HARRIER, SPUR-WINGED PLOVER, WHITE-FACED HERON, YELLOWHAMMER, and AUSTRALIAN MAGPIE.

Our first major stop along the way was at a small bird sanctuary on the side of the ocean. I saw a few birds, including the ones pictured below as well as all three of New Zealand's Gull species.

Little Shag. This one was part of a nesting colony at the bird sanctuary. 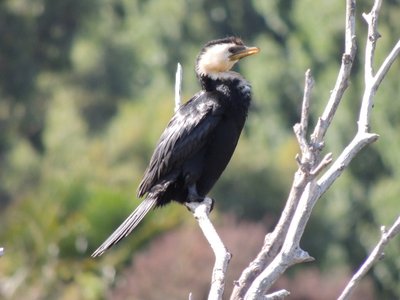 Our next stop was at the summit of the beautiful Te Paku Peak. The top of the peak was cool and windy, so we didn't stay very long despite the mind-blowing views. After a few minutes, we retreated to the car and gobbled up a few delicious Subway sandwiches (we had two sandwiches to split between the whole family, of course I got a whole sandwich and the rest of my family had to share the other one. Ha!). Here's the view from the top of the mountain: 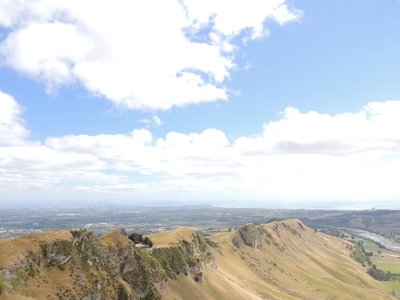 Our next stop was at the Mt. Bruce Wildlife Refuge. I saw a number of rare bird species in cages, including seeing two Brown Kiwi up close! Sorry, but I'm a birder, which means I do not, under any circumstances, take photos of birds in cages. Speaking of kiwi, in two days, I will take a guided night tour looking for kiwi...

Anyway, back to the wildlife refuge. I saw a number of nice wild birds, including a TUI, COMMON CHAFFINCH, and many KAKA, a marvelous maroon-colored parakeet species. We watched a park officer refill the Kaka feeders, and the Kaka were already waiting before the guy even filled them! They were aggressive and not shy at all. Here are the photos of those avian wonders: 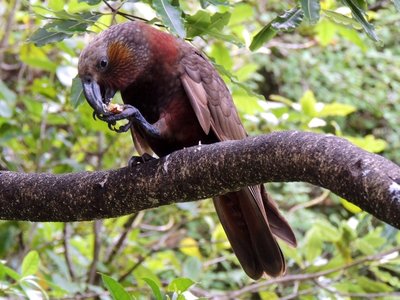 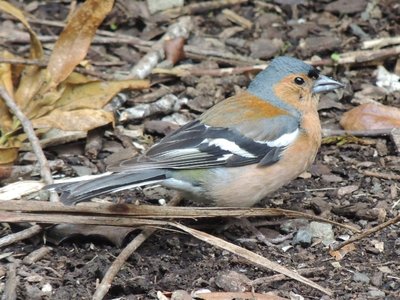 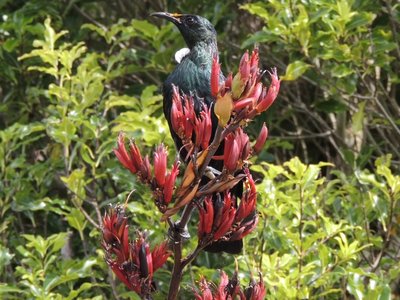 I also saw many eel in a stream on premises, none of which I got a good photo.

It was a fabulous stop!

By the time we arrived at our motel, it was early evening, so we spent a lazy rest of our day there. I got a new bird for New Zealand at the motel, a nice, albeit introduced COMMON REDPOLL.

Bird-of-the-day to the life bird KAKA; it was very pleasant to see so many of these gorgeous parakeets up close.