Today before meeting my parents to tour the NYC Tenement Museum, I took the A & B trains into Brooklyn to search for a Prothonotary Warbler that has been seen in Prospect Park the last few days. Although I have seen this species before, it is a beautiful bird and I was really hoping to find it because Brooklyn Bird Alert had thankfully posted its exact location in the park on twitter earlier this morning.

When I arrived, I could tell warblers were present including this YELLOW-RUMPED WARBLER: 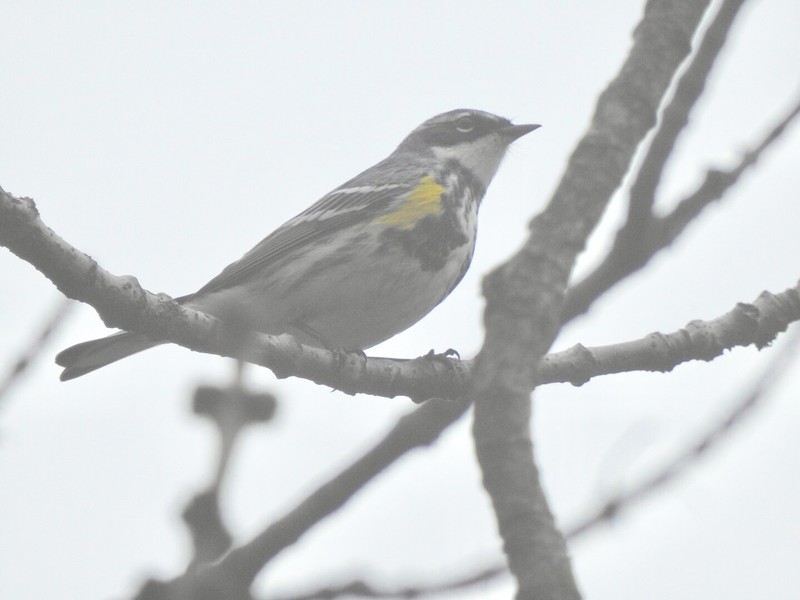 And this PINE WARBLER: 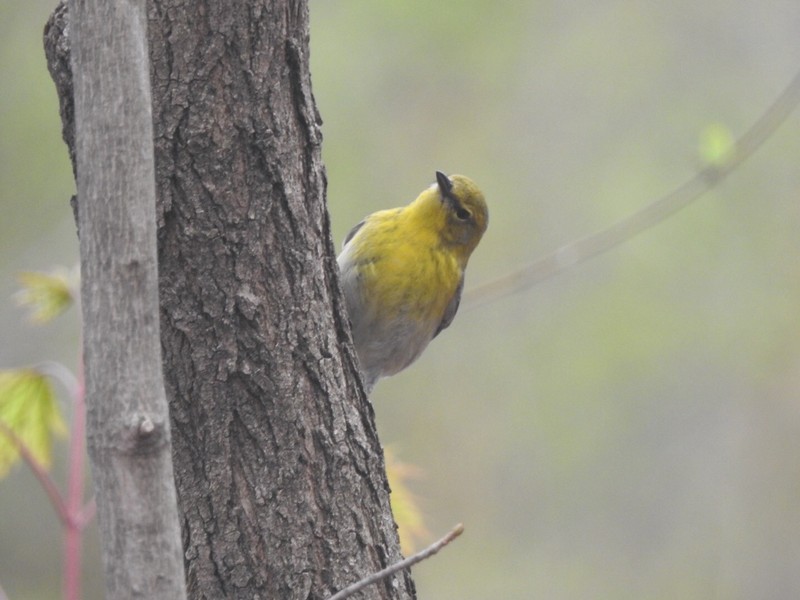 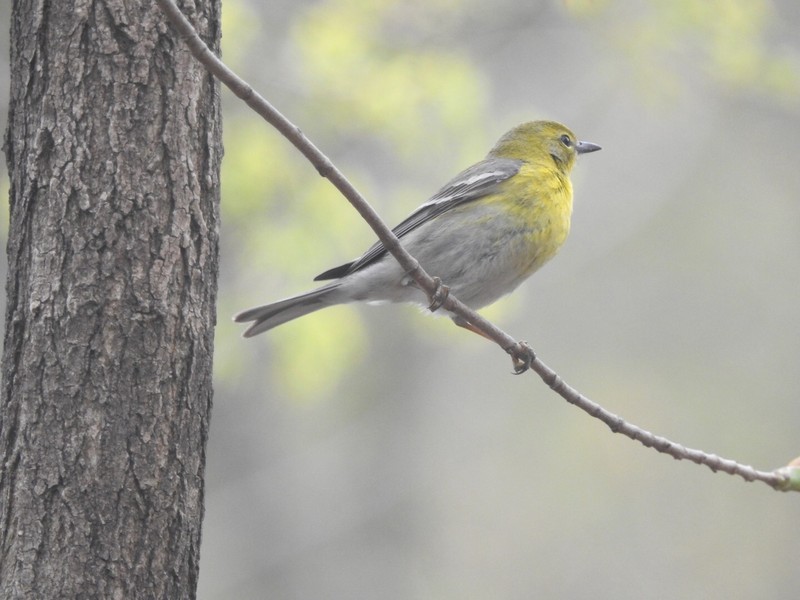 Then, I spied a few photographers and lo and behold, there was a brilliant male PROTHONOTARY WARBLER, my target bird! Success!!! 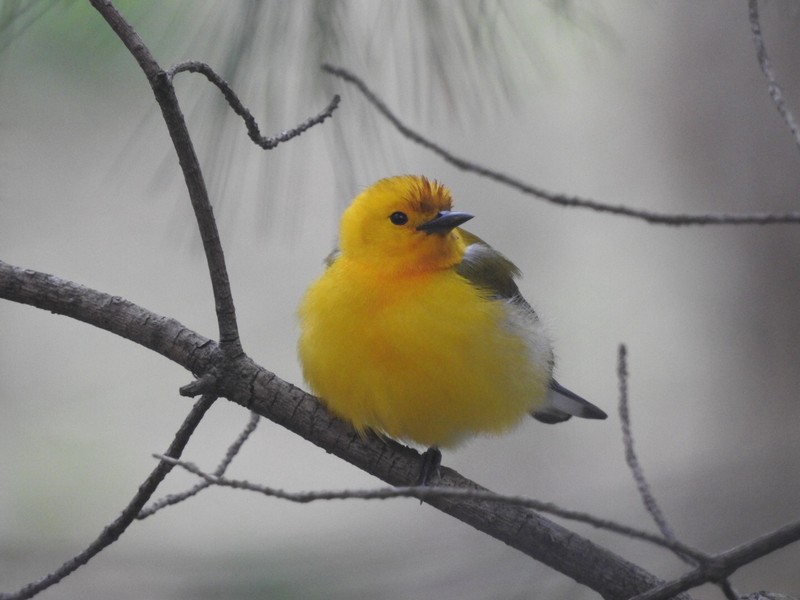 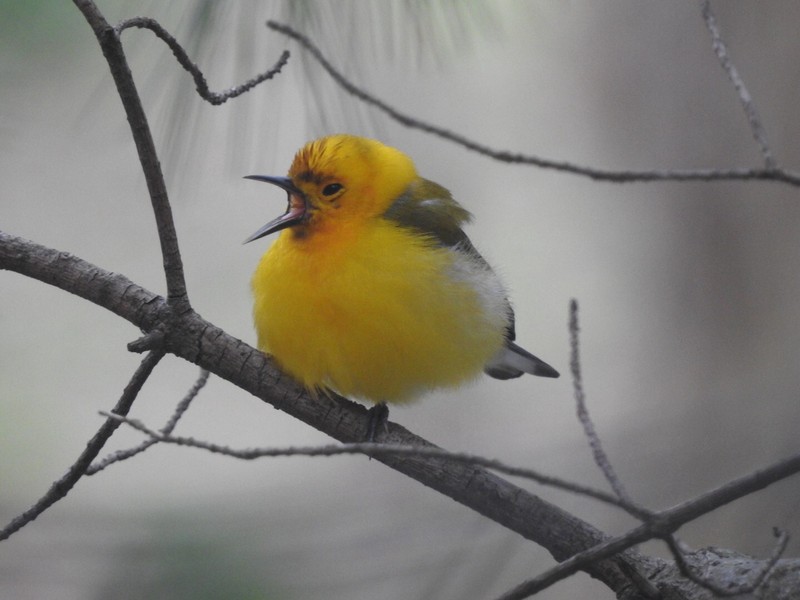 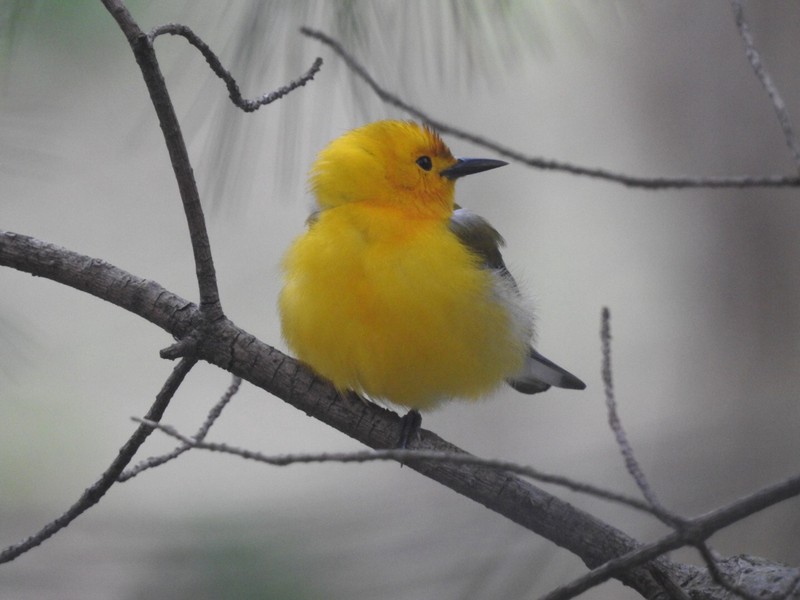 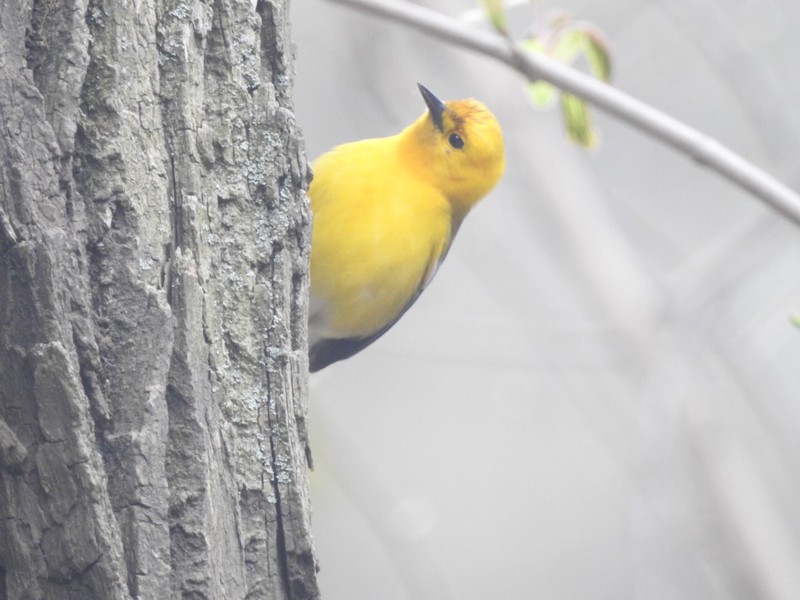 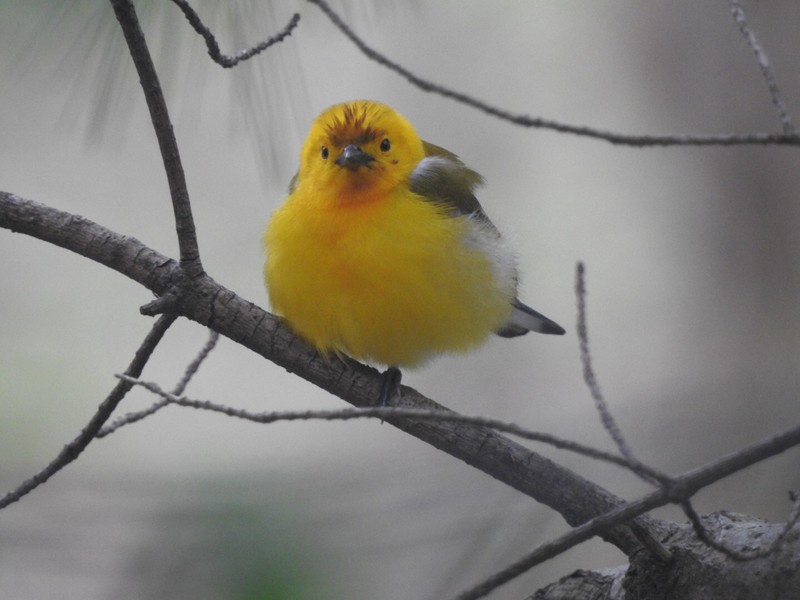 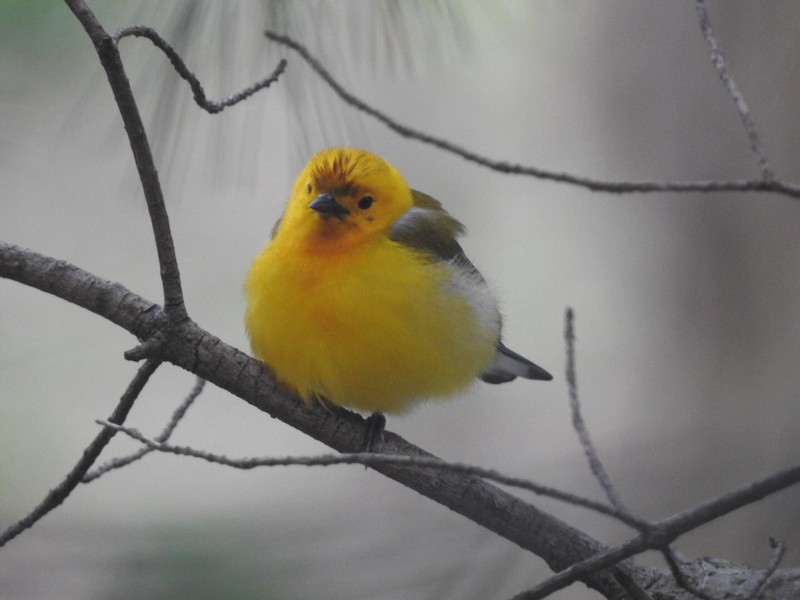 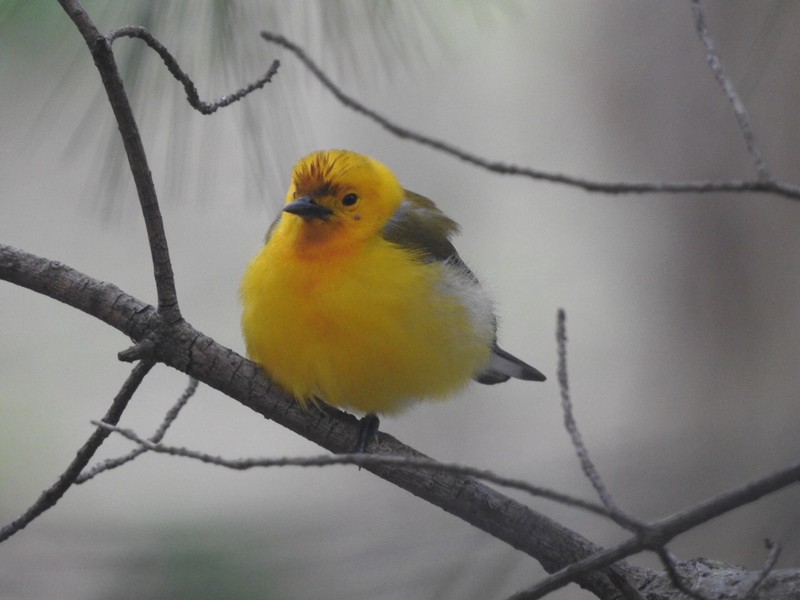 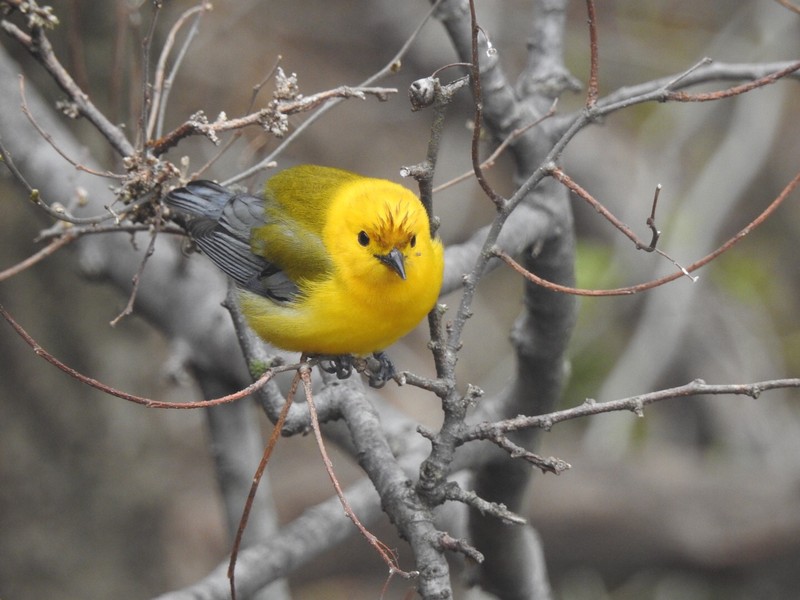 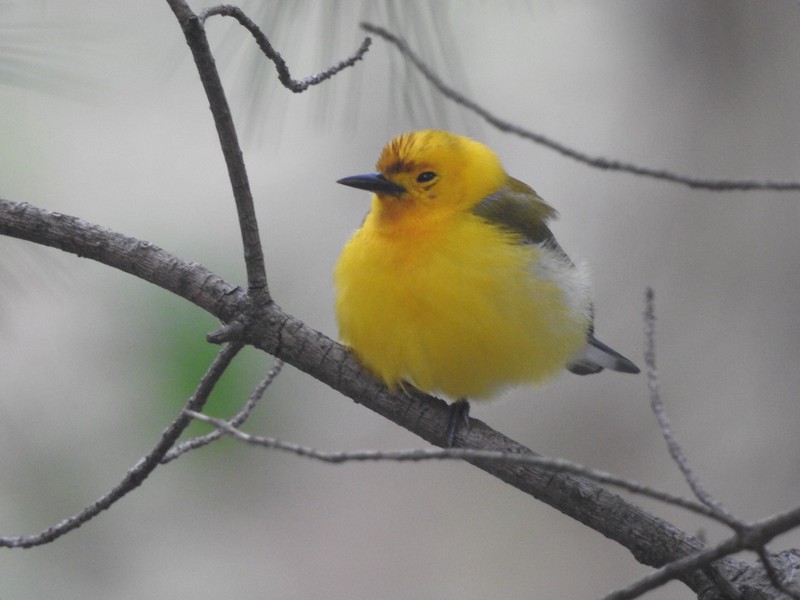 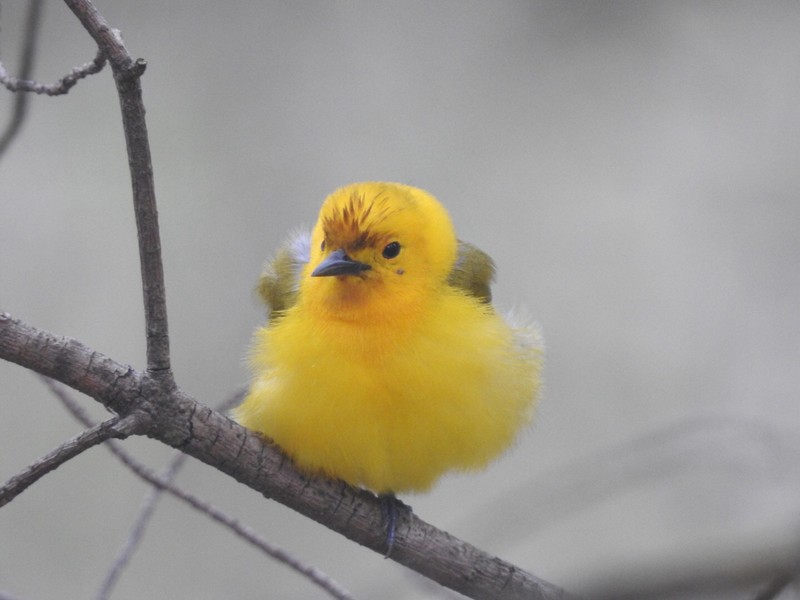 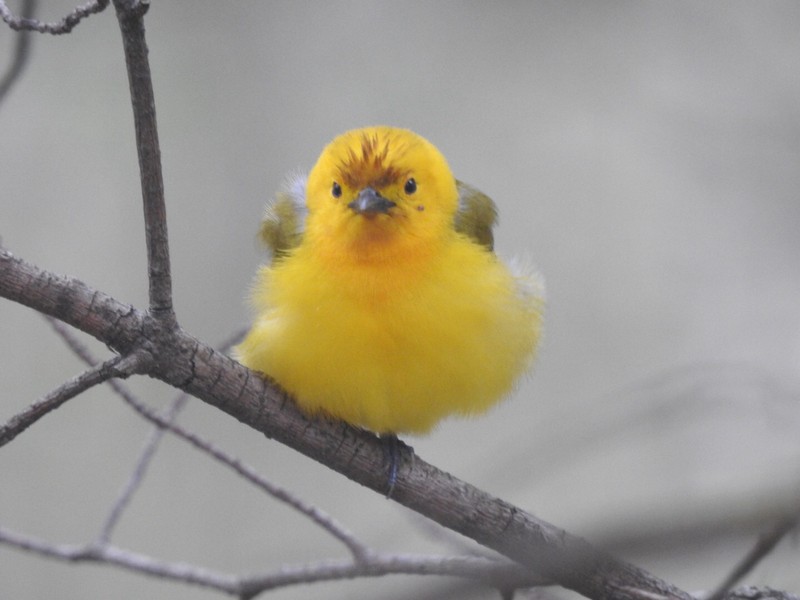 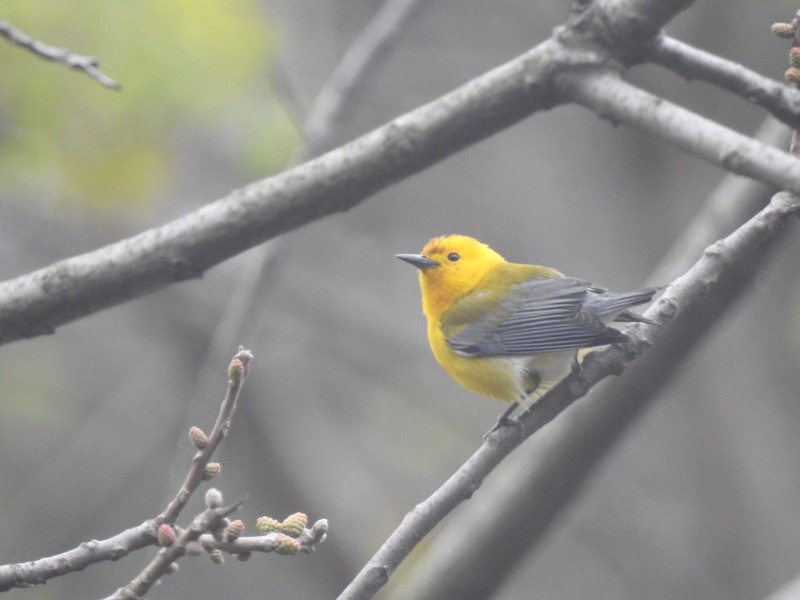 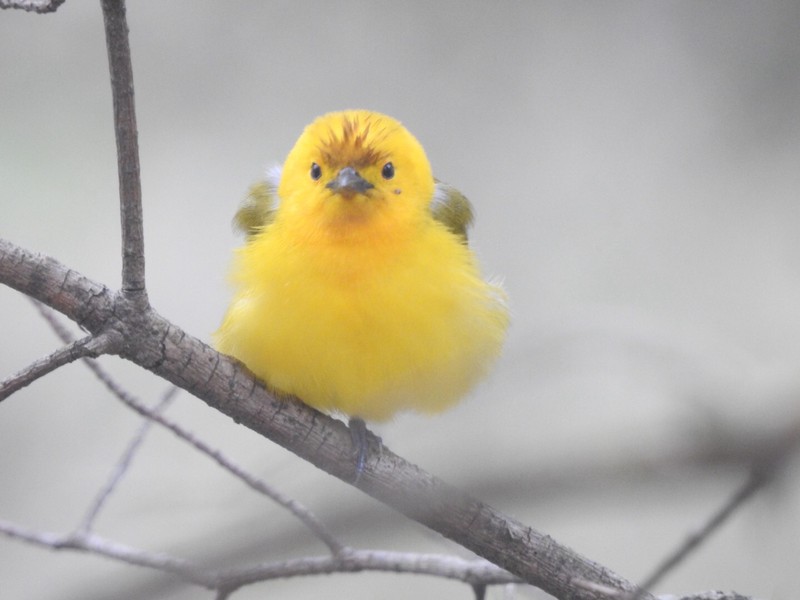 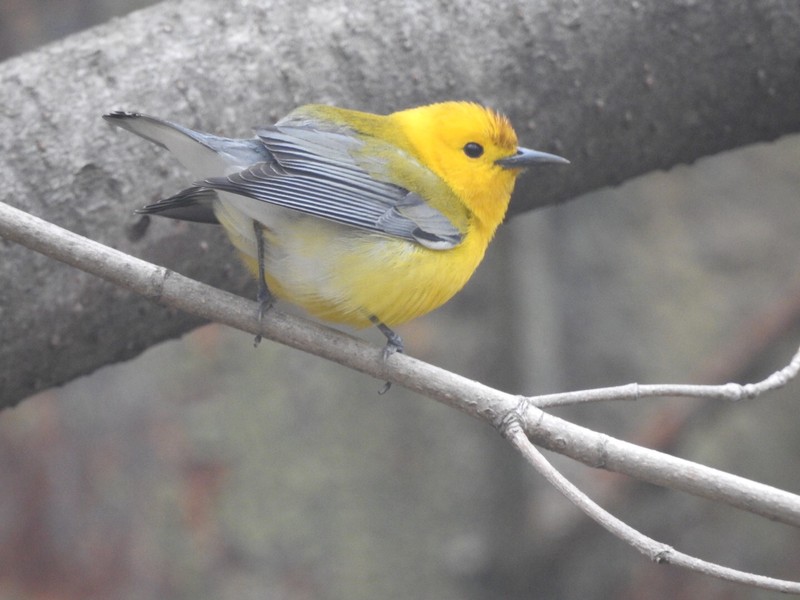 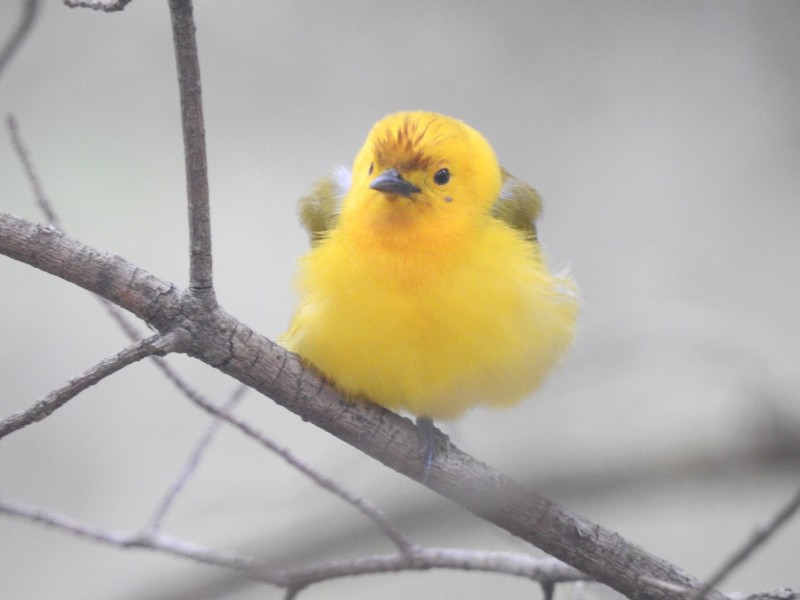 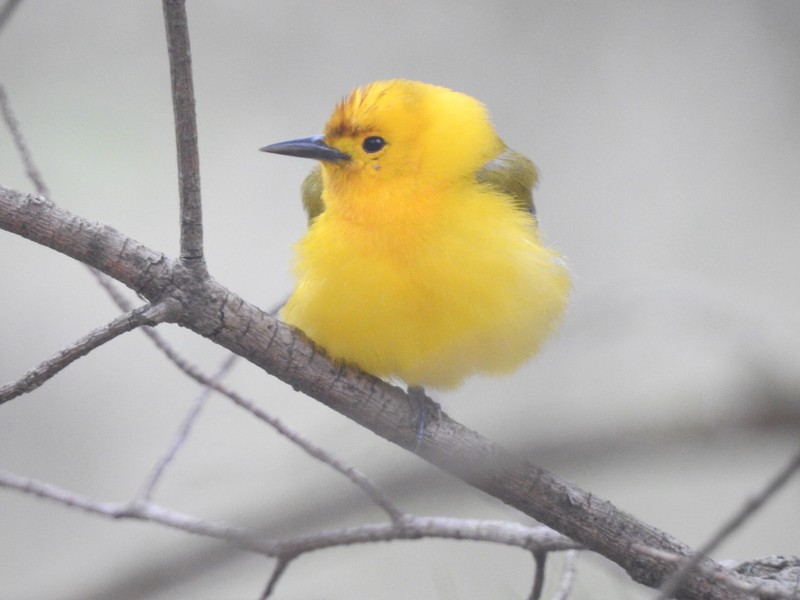 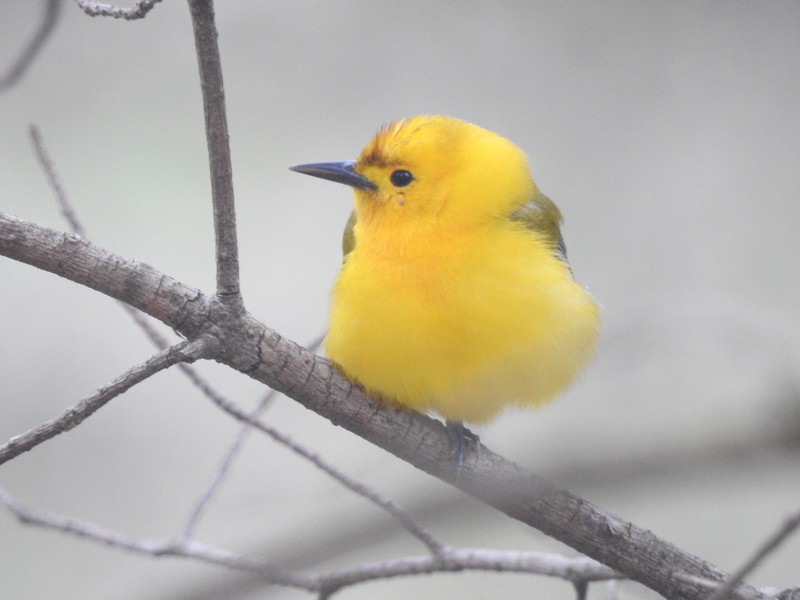 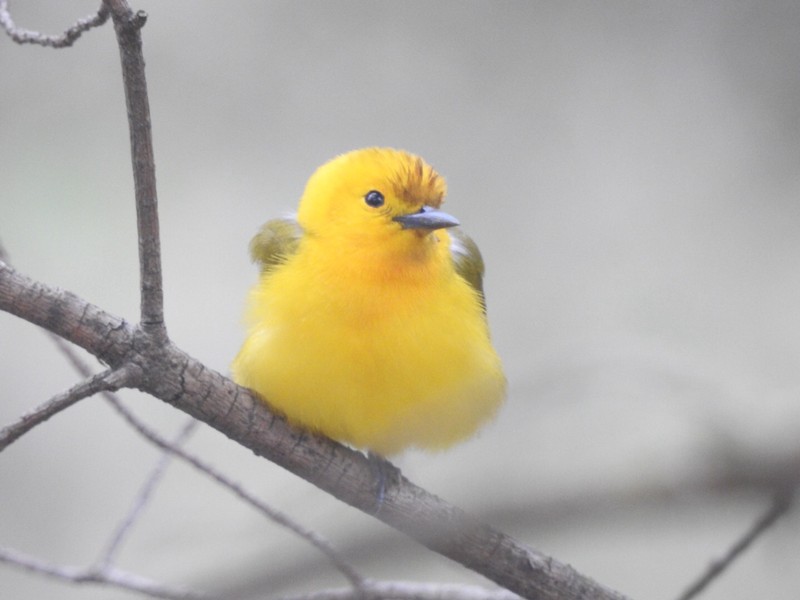 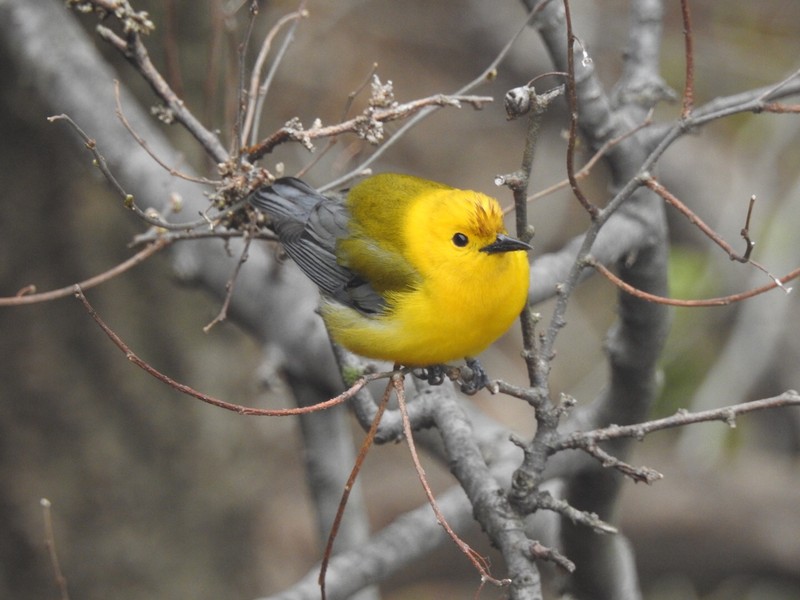 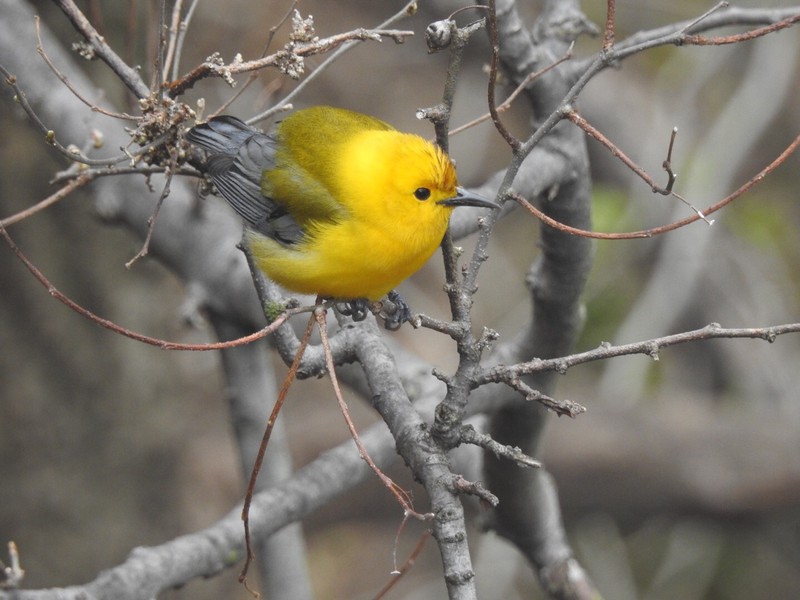 It was incredibly tame — at one point, it hopped down onto the trail in front of us. Here is a zoomed out photo of this brilliant warbler: 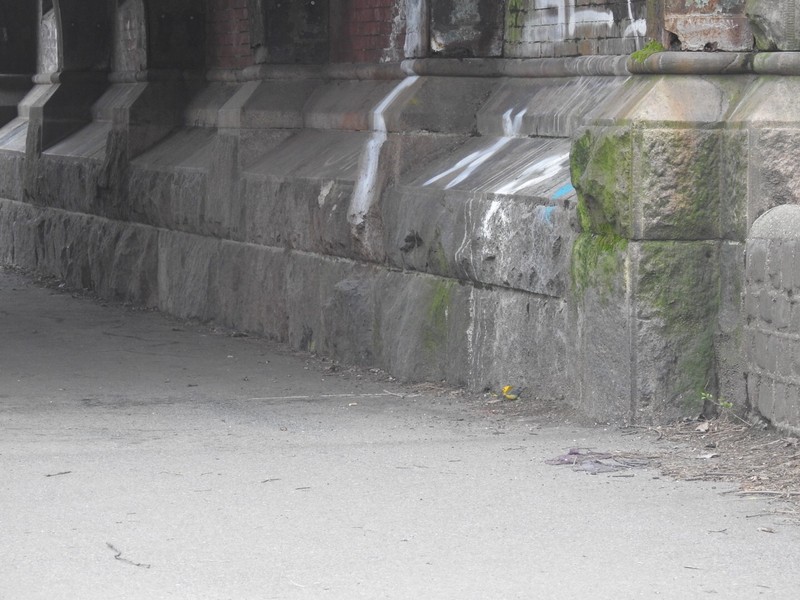 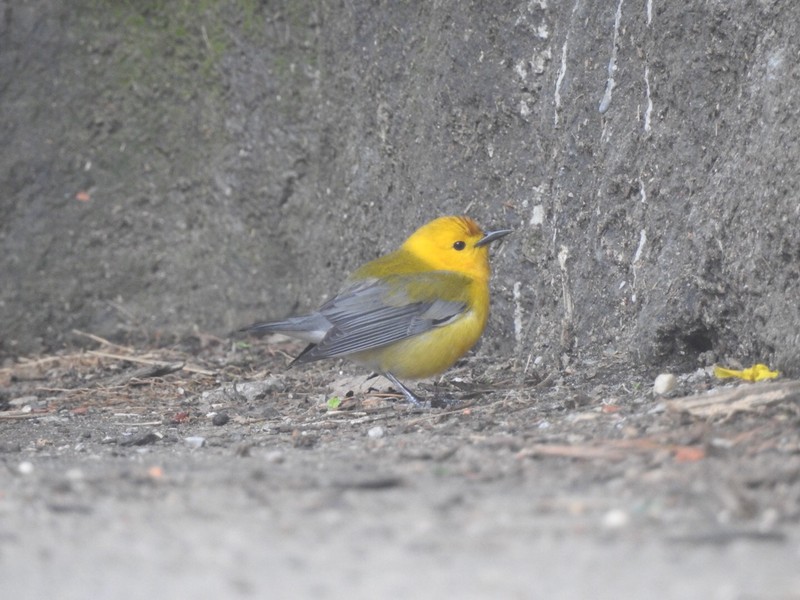 In this picture you can see one of the other photographers in the background on the right: 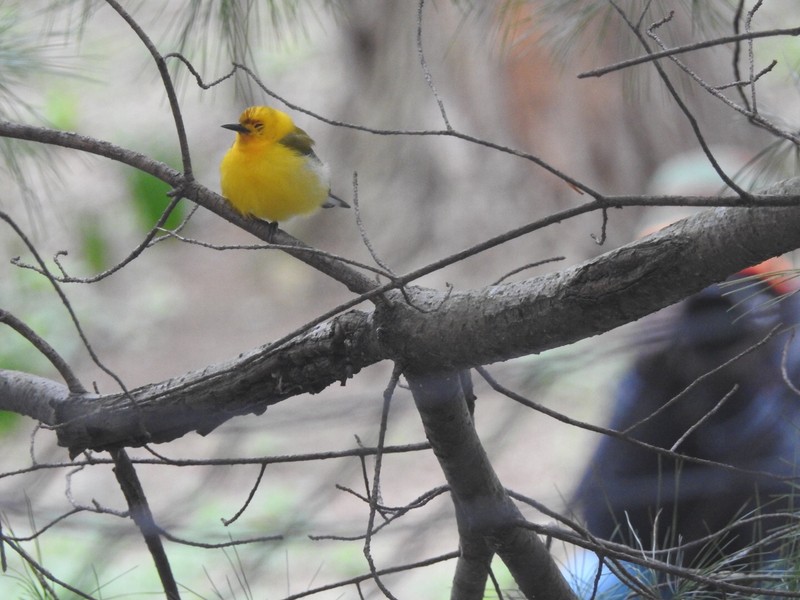 An EASTERN PHOEBE on the way out was also nice: 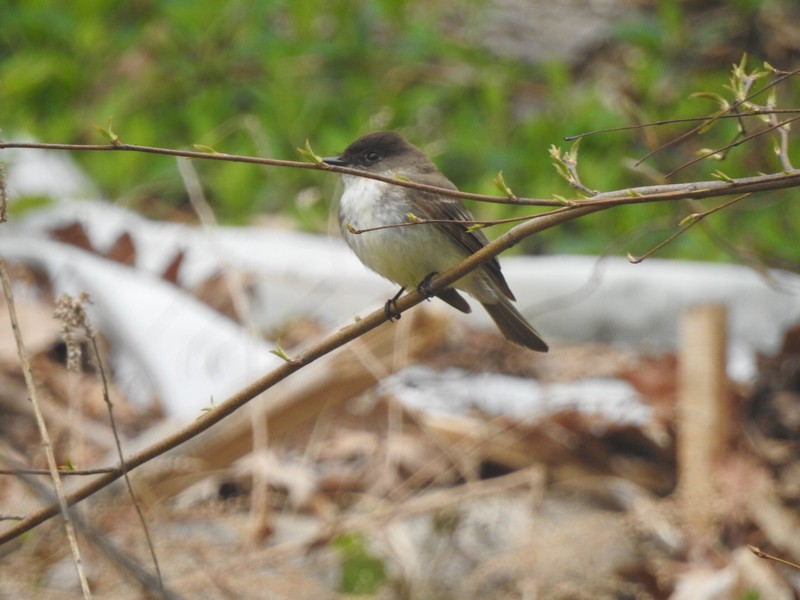 Then, I saw another birder named Cyrus and he was looking up into pine trees — he told me there was some sort of nest he had spotted. I asked him, “wasn’t there an owl in these trees just the other day?” because I had heard on Brooklyn Bird Alert of a Long-eared Owl being seen in this exact stand of pine trees on tuesday. He broke into laughter and admitted, yes, that is indeed what he was looking for — it is a good practice for birders to be discreet about owls’ locations in order to protect these vulnerable creatures. We searched and searched, checking the areas of the trees very close to the trunks, and finally, I spotted an owl-like blob to the left of one of the trunks: 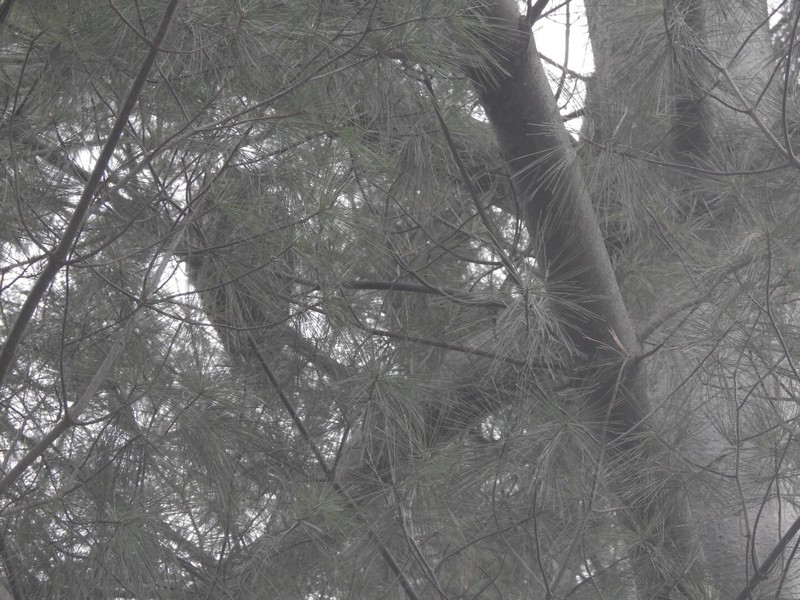 I called Cyrus over, and sure enough, we had found our (albeit very well-hidden) LONG-EARED OWL! Too cool — an even more uncommon find than the Prothonotary! What a bonus bird! 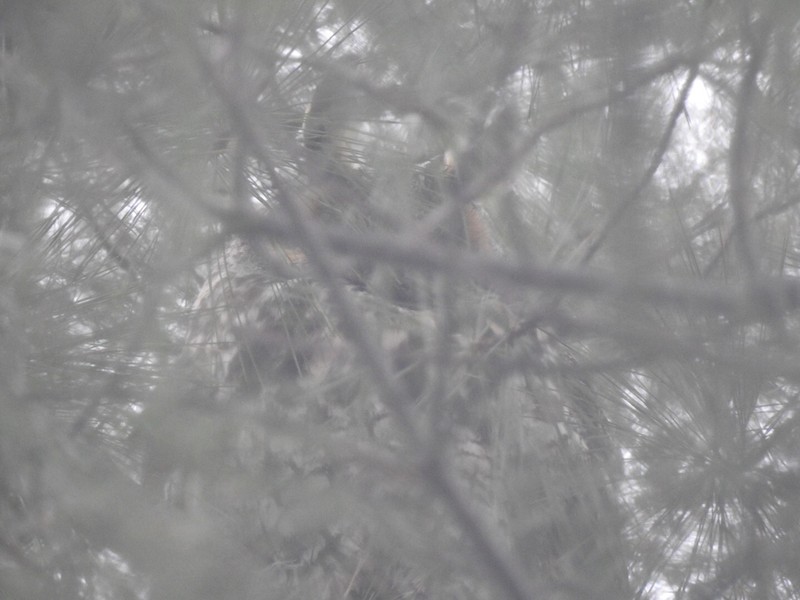 It was a fantastic afternoon of birding. Bird-of-the-day to the Prothonotary Warbler for its brilliance of color and to the Long-eared Owl for its rare surprise. Incredible. Stay tuned for more migration fun!

Posted by skwclar 11:40 Archived in USA

Beautiful bird, beautiful pics especially of the prothonotary singing! What a great trip!