Today we drove from the quaint town of Martinborough to Wellington, the capital of New Zealand (Auckland is a larger city even though Wellington is the capital).

Our first major stop along the way was a beautiful three-hour hike in a national reserve. It first went through a "city of rock pinnacles", which was a beautiful and other-worldly sight. Then, it switch-backed up a high bluff near there and came out at a magnificent lookout. From the lookout, you could see the entire city of pinnacles from above instead of from below like before. You could also see the surrounding bluffs, Cook's Strait, which forms the gap between the South and the North Islands, and our first glimpse of the many snow-capped mountains of the South Island. Birds seen along the trail included WELCOME SWALLOWS and NEW ZEALAND PIGEONS. Here are some photos from the trail:

The pinnacles and interesting rock formations from below: 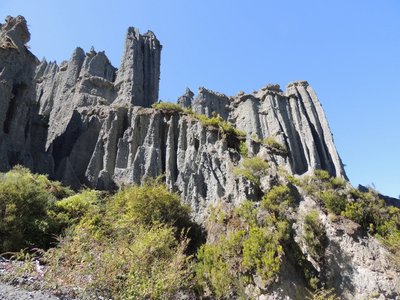 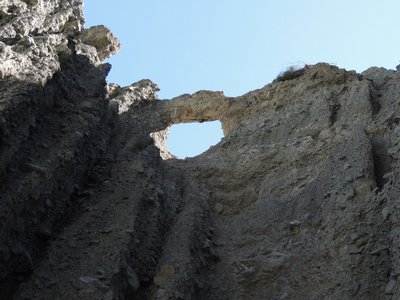 NEW ZEALAND PIGEON, the only bird of the day which allowed for photo ops: 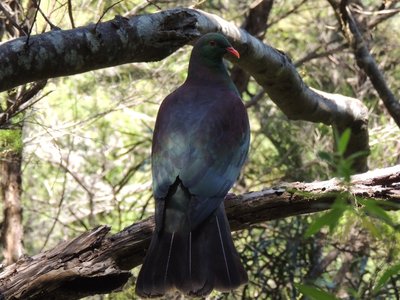 The view from the lookout: 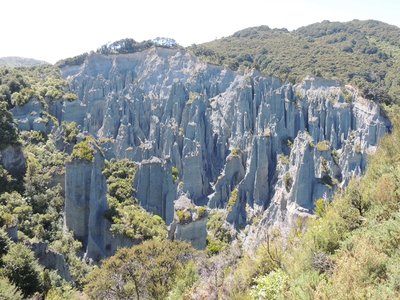 Our next and final stop on the drive was at a certain cape which happened to be one of the most southerly points in the North Island. It is funny to think about the fact that just about a week and a half ago we were at the most northerly point in New Zealand. Some birds seen around the point included VARIABLE OYSTERCATCHERS, RED-BILLED and KELP GULLS, YELLOWHAMMERS, WELCOME SWALLOWS, AUSTRALASIAN HARRIERS, and SPUR-WINGED PLOVERS, none of which allowed for photo ops! I saw many seals and sea lions around, so I took a bounty of photographs of them. Here are the best ones: 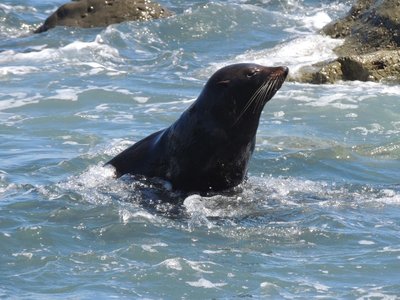 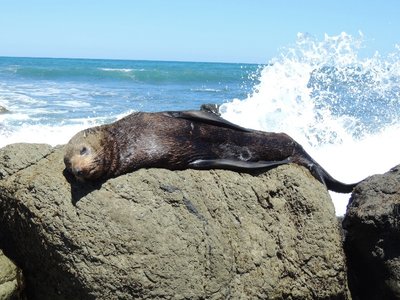 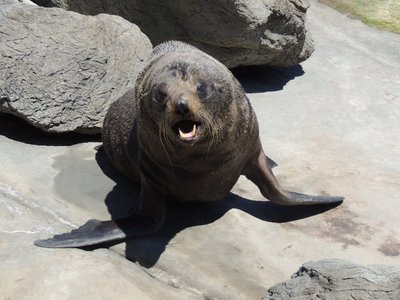 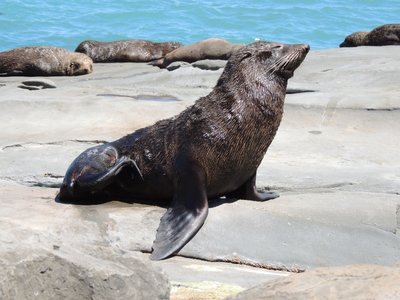 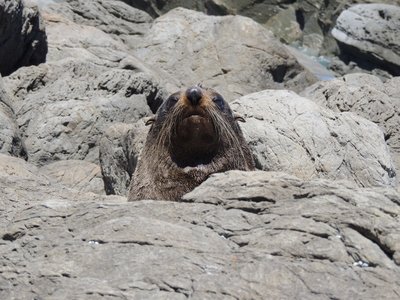 Bird-of-the-day today to the NEW ZEALAND PIGEON which was the only bird to allow me to photograph it today.

Tomorrow is our only full day in Wellington. My highlight of the day will probably be going on a personal guided night tour at a local preserve to see Little Spotted Kiwis in the wild. I am SO excited!