Today, if measured in total number of bird species, I fared less than yesterday, with the same going for total number of warbler species. No matter, we must forget ourselves from time to time!

All joking aside, it was another great day in Central Park. Though slightly less crazy of a density of birds, migrants were still supremely evident, such as my first EASTERN WOOD-PEWEE of the year: 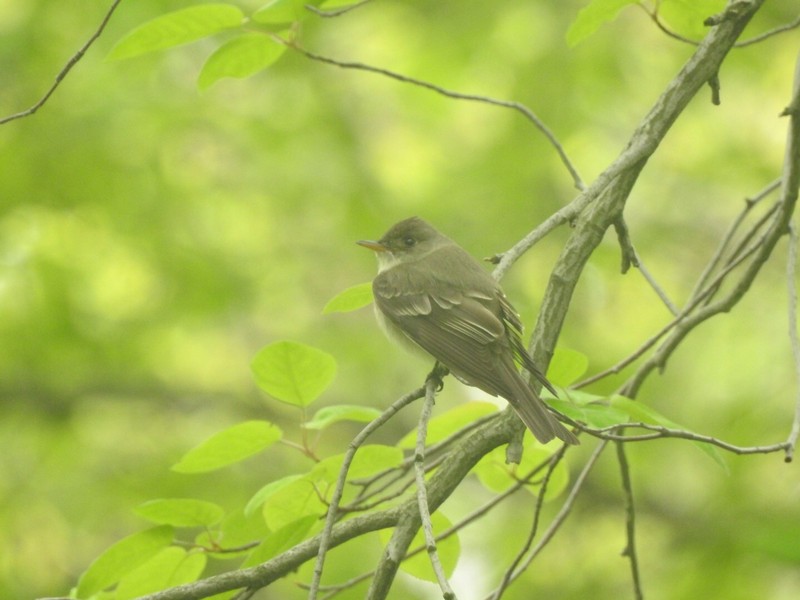 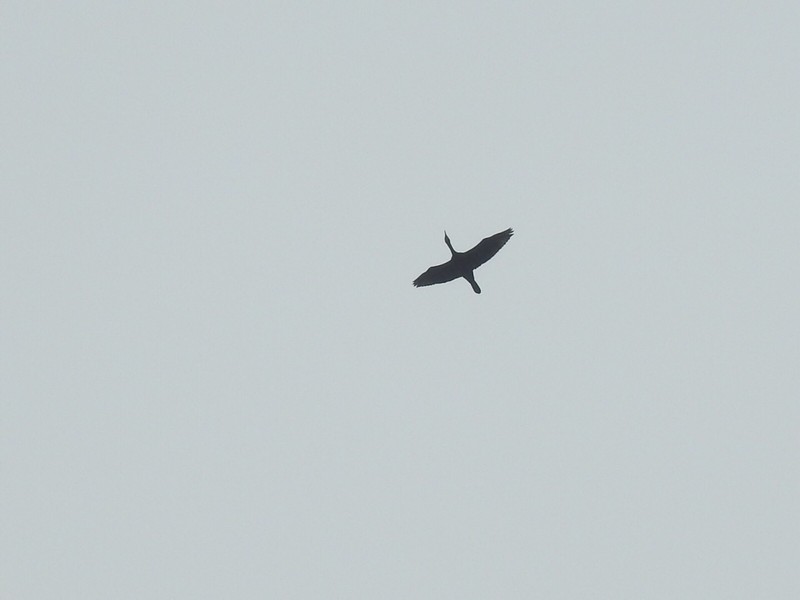 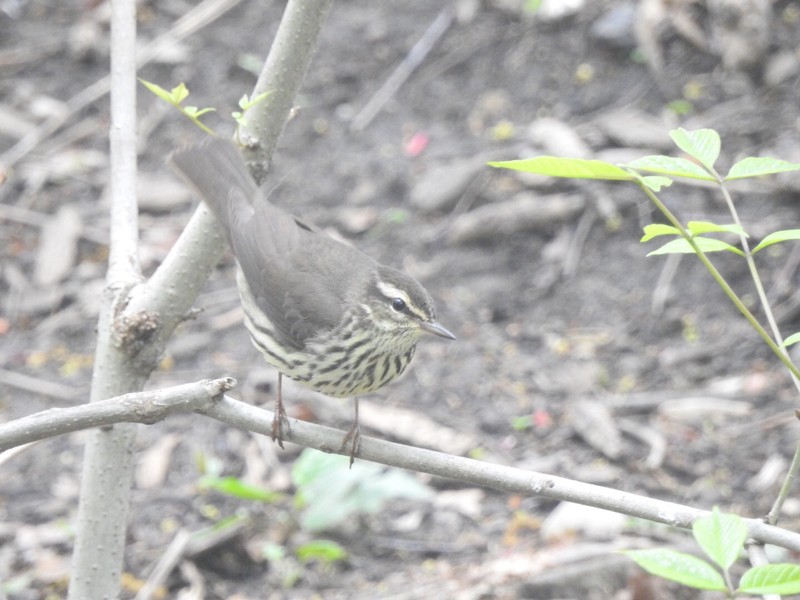 A male HOODED WARBLER, again one of my favorite birds, was a wonderful treat to see! I have seen more of these in recent days than ever before! 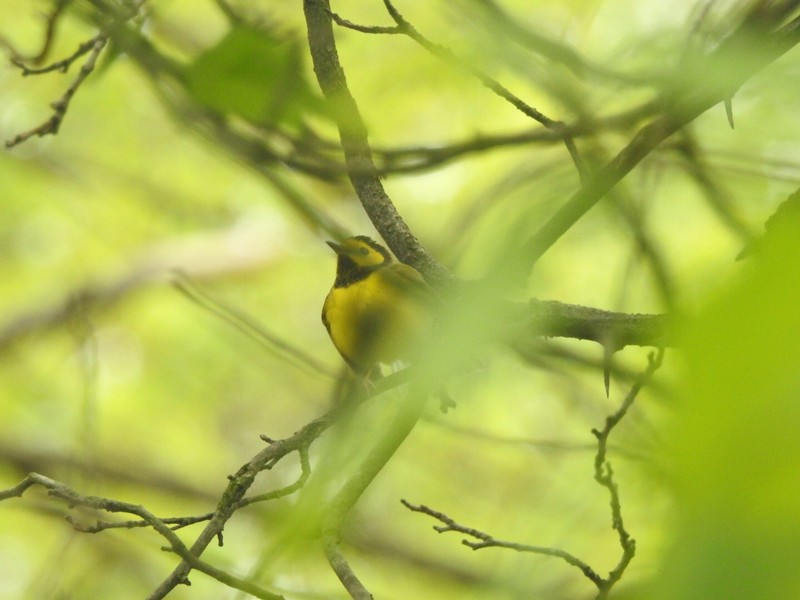 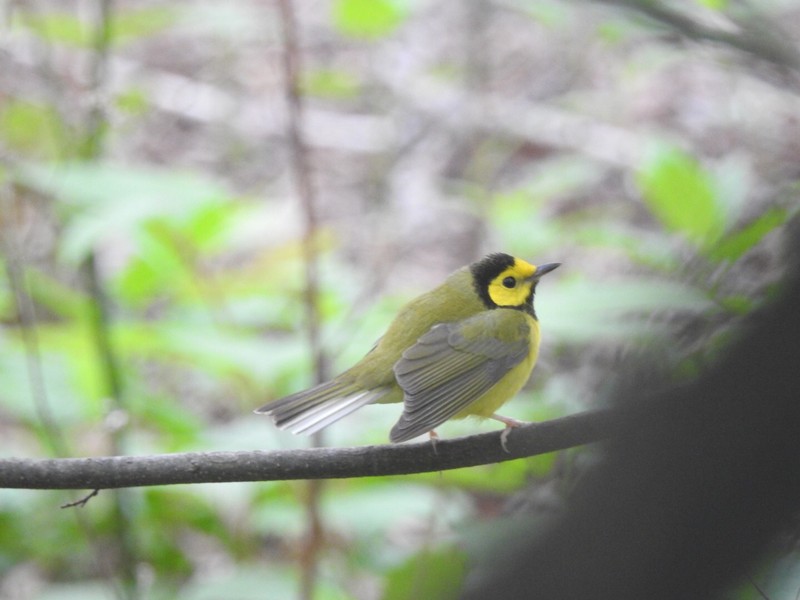 NORTHERN PARULA, one of many: 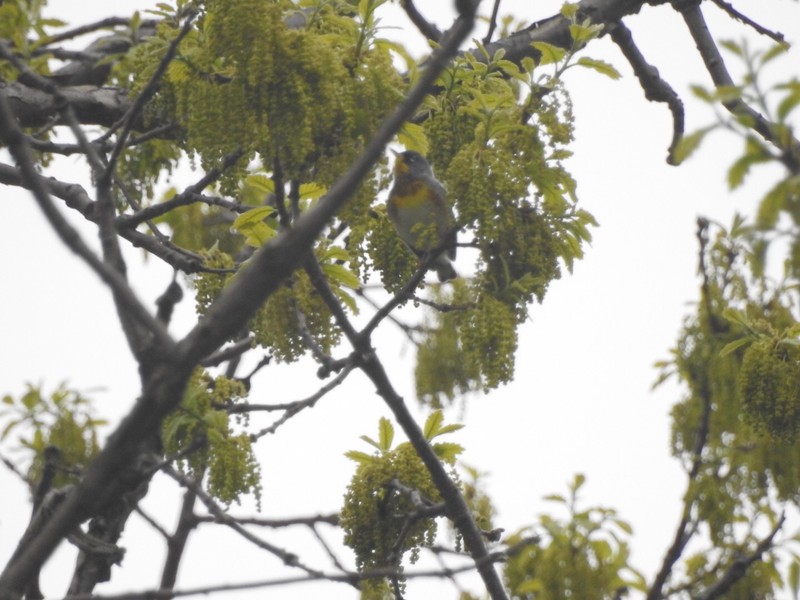 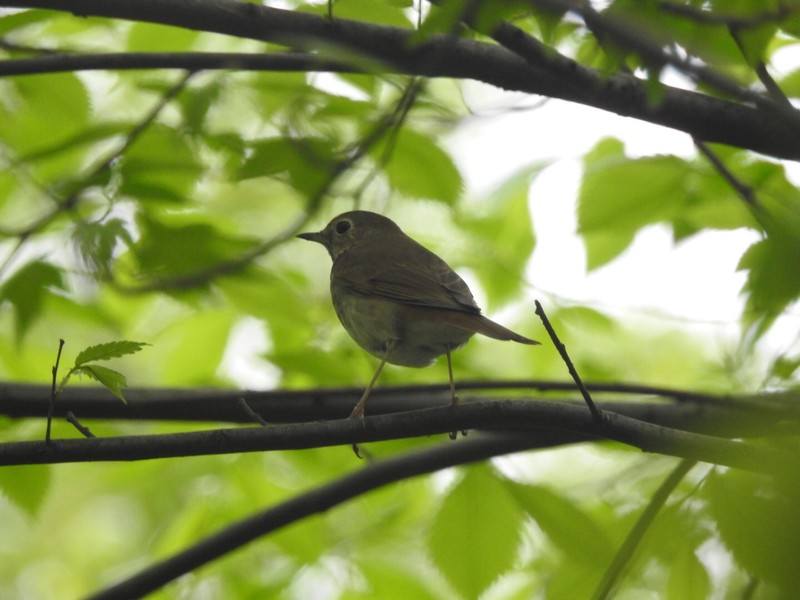 At one point a RUBY-THROATED HUMMINGBIRD zipped in to say hello: 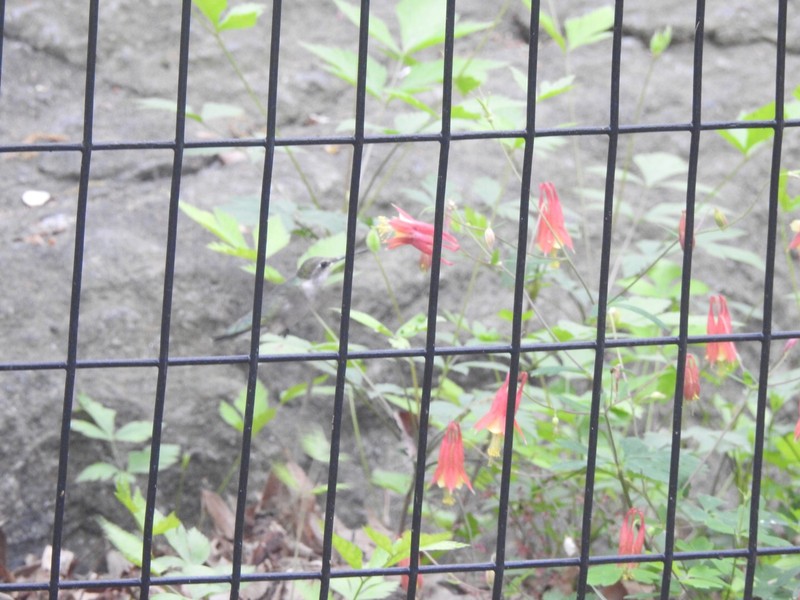 Seeing a female BLACK-THROATED BLUE WARBLER was a nice treat — their telltale identification mark is the white wing-patch: 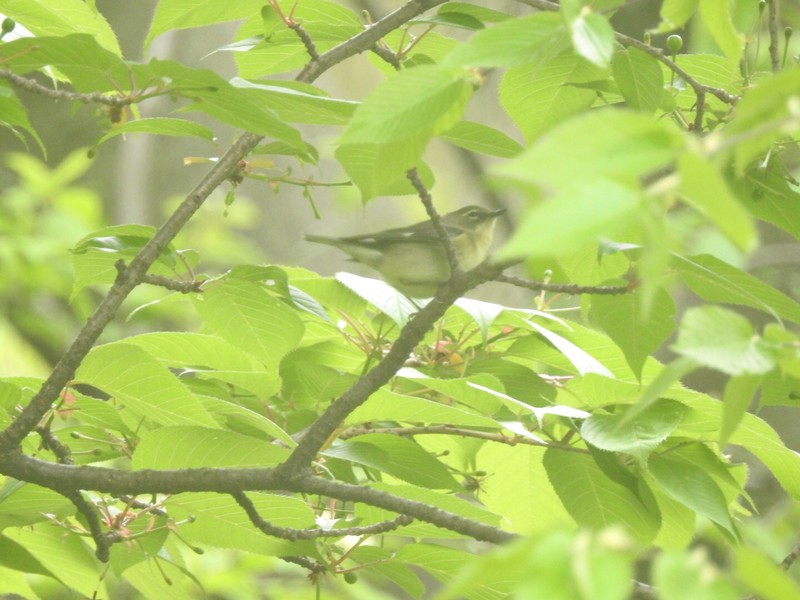 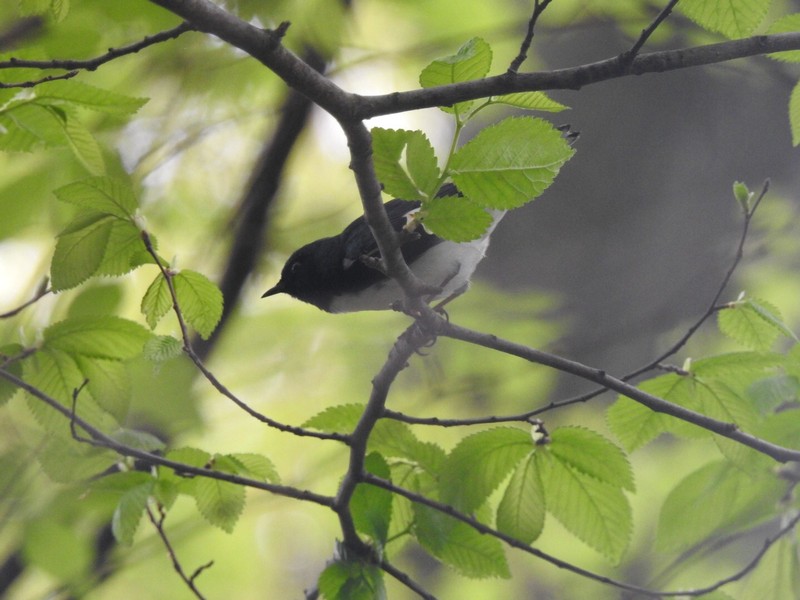 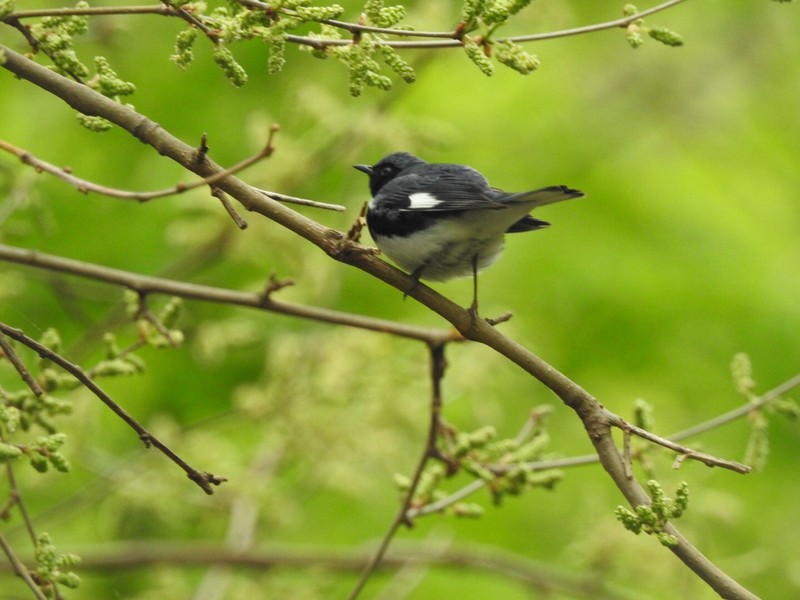 BLUE-WINGED WARBLER numbers hit an all-time high today; I have never heard nor seen as many of these birds as I did this morning! 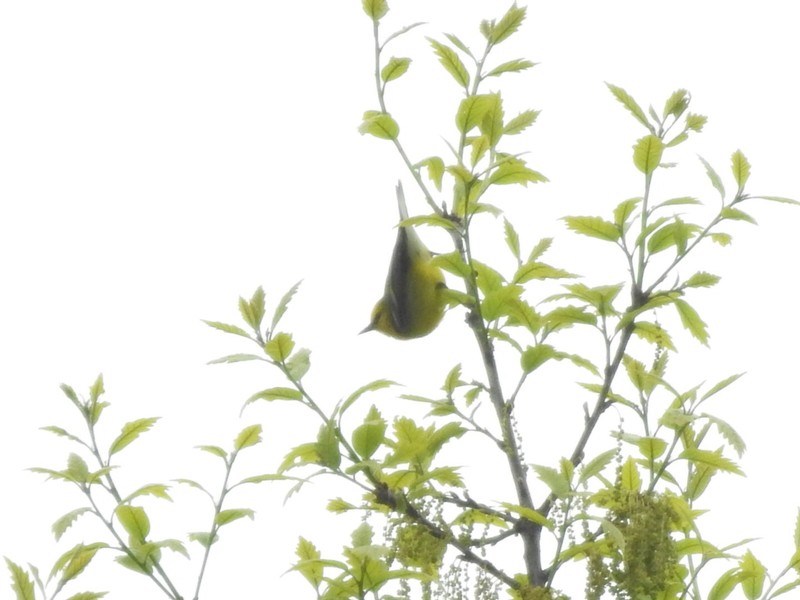 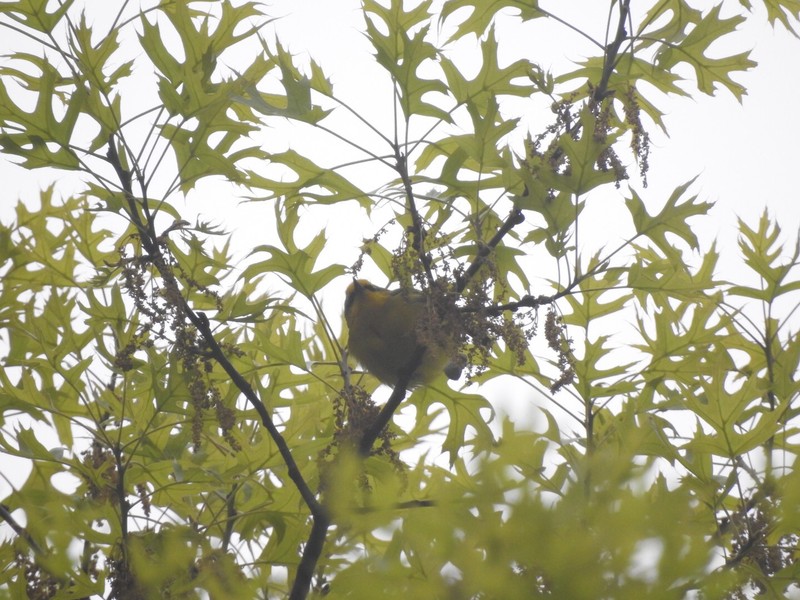 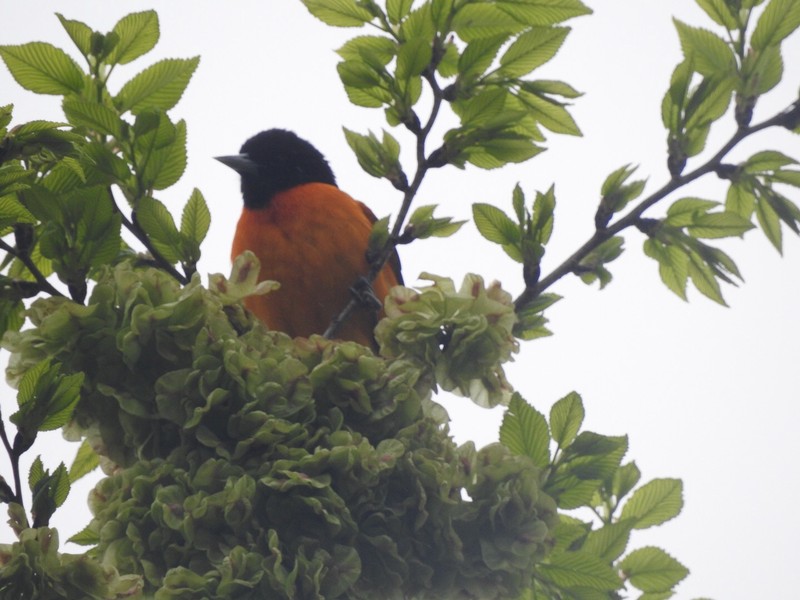 Another black and orange bird, the AMERICAN REDSTART: 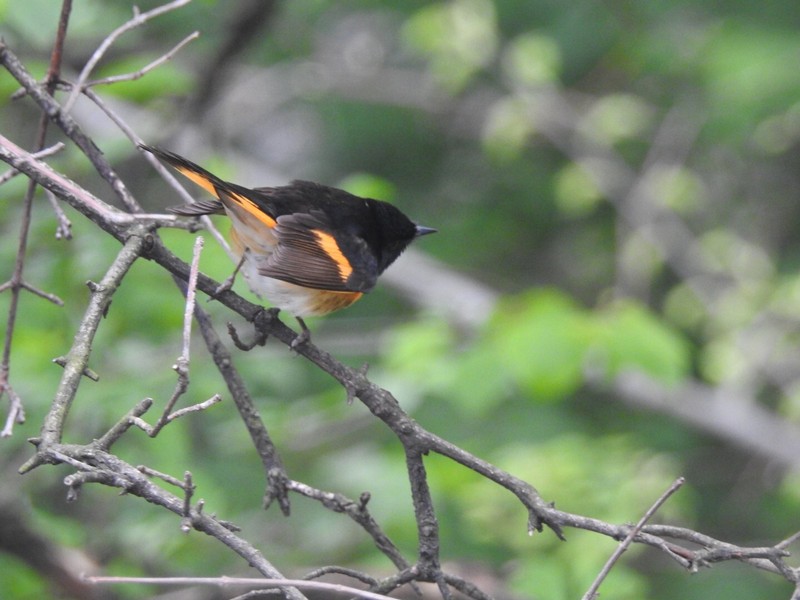 Look at those tail feathers: 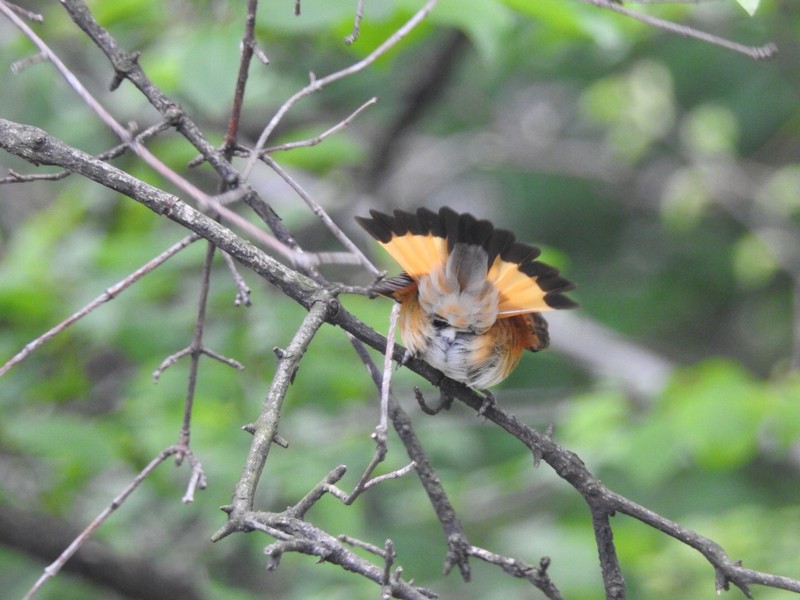 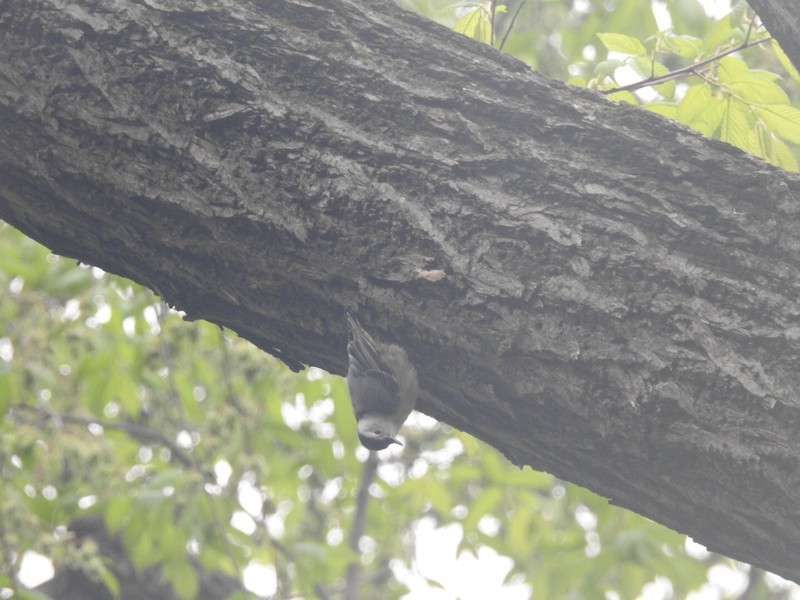 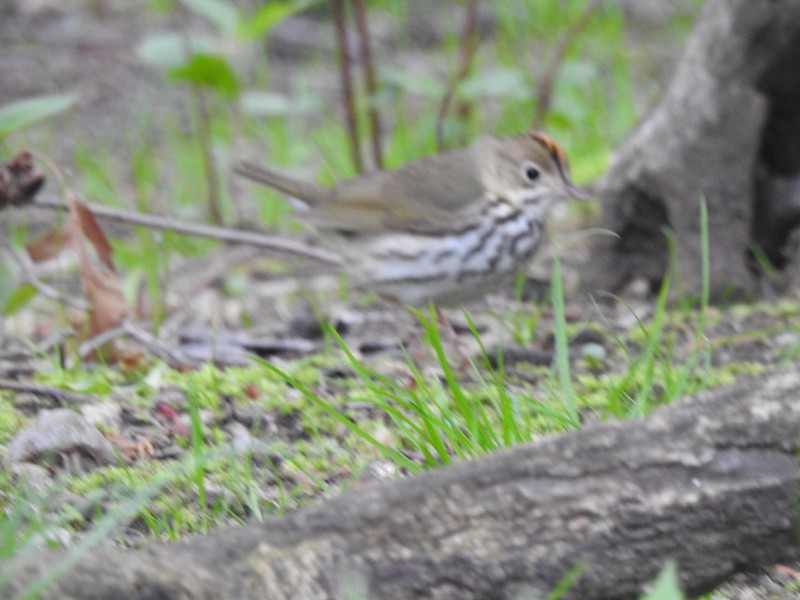 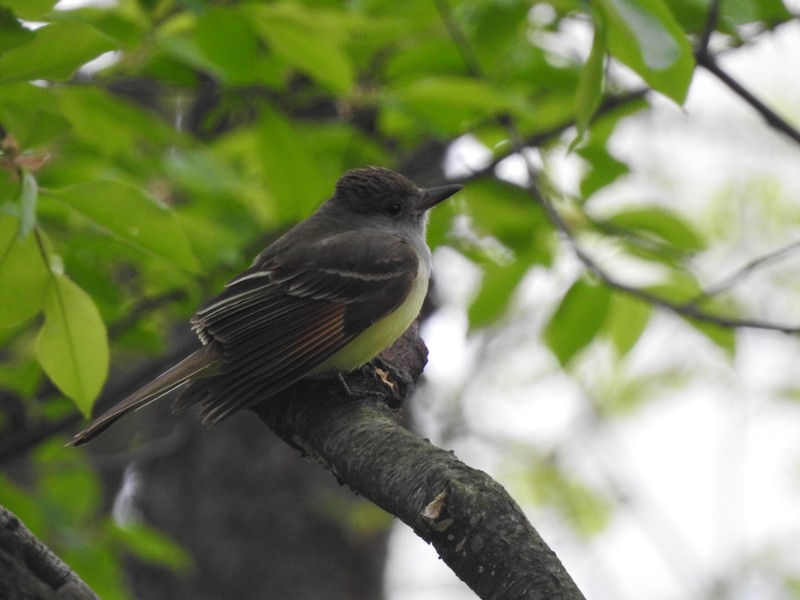 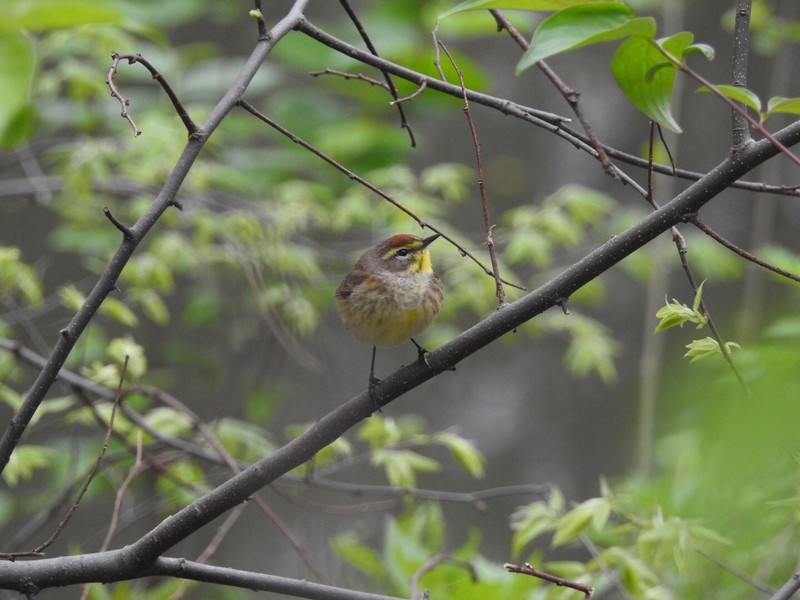 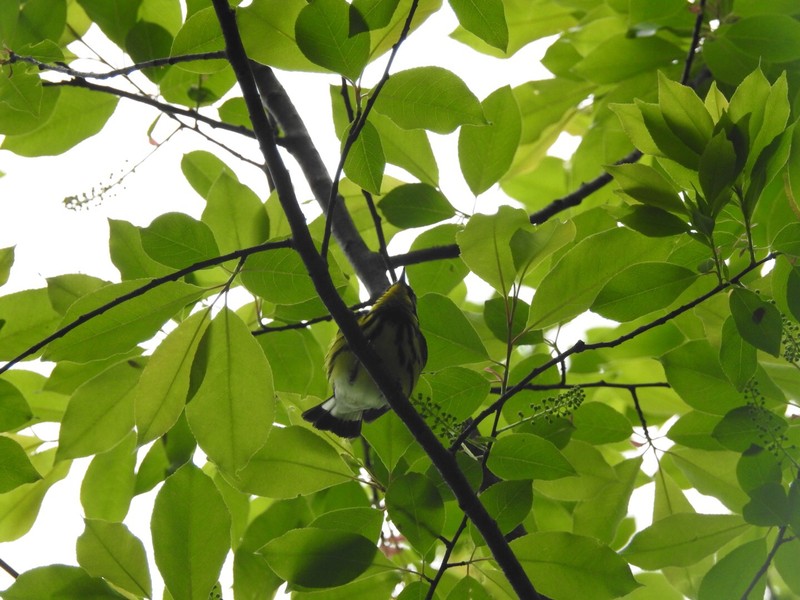 One highlight was seeing this male ORCHARD ORIOLE — there was a group of birders from Britain who especially appreciated this bird: 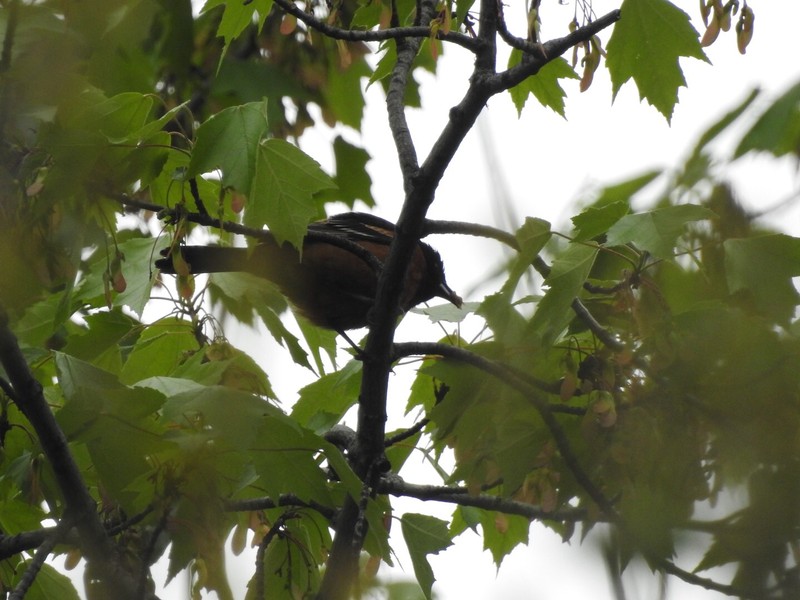 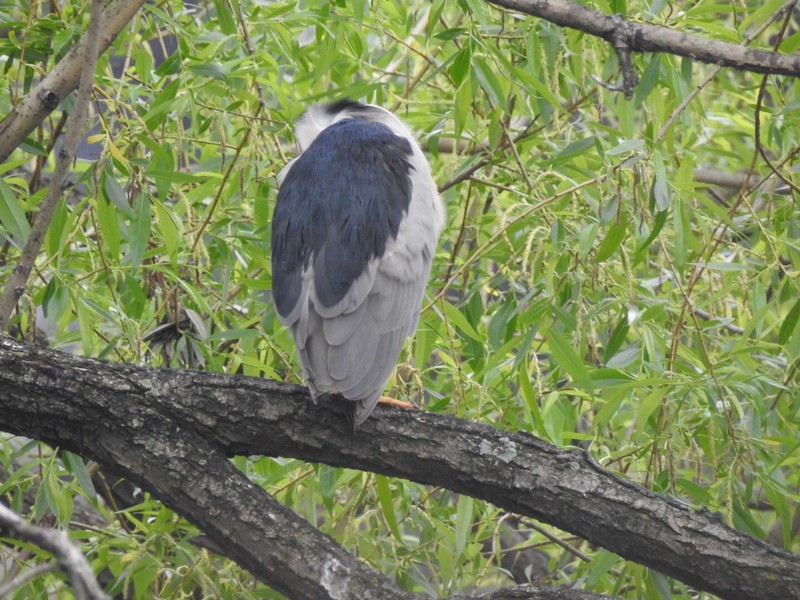 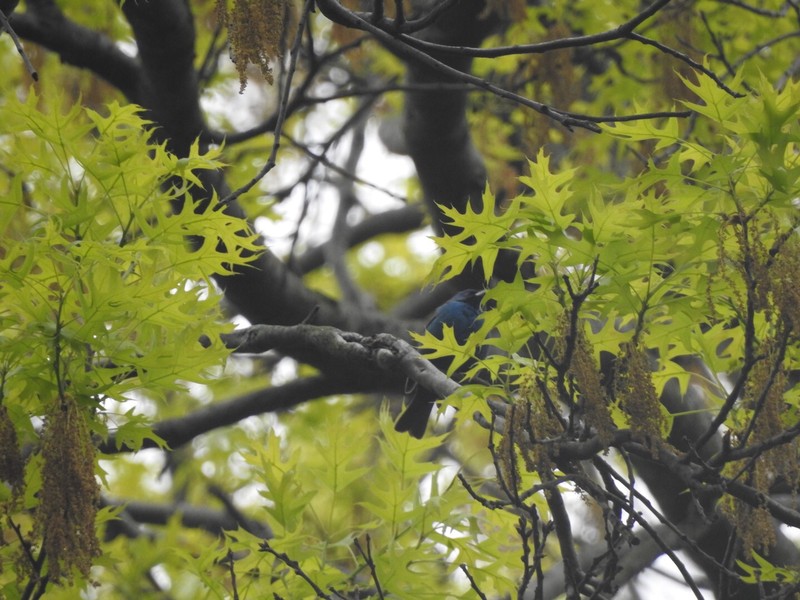 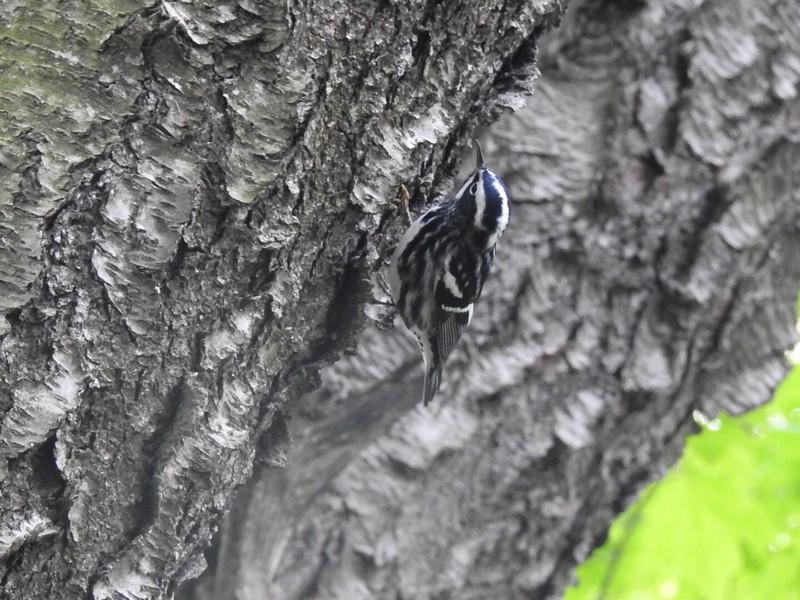 Then, I saw a report of a male Cerulean Warbler in the North Woods. I had one problem: I was in the Ramble, over 30 city blocks away from this bird (Central Park is HUGE!). I raced to the C train, caught an uptown train to 103rd, and in no time was stalking through the North Woods of Central Park in search of the birding group which was reportedly tracking the bird.

I found another SWAINSON’S THRUSH, the second I’ve seen this year: 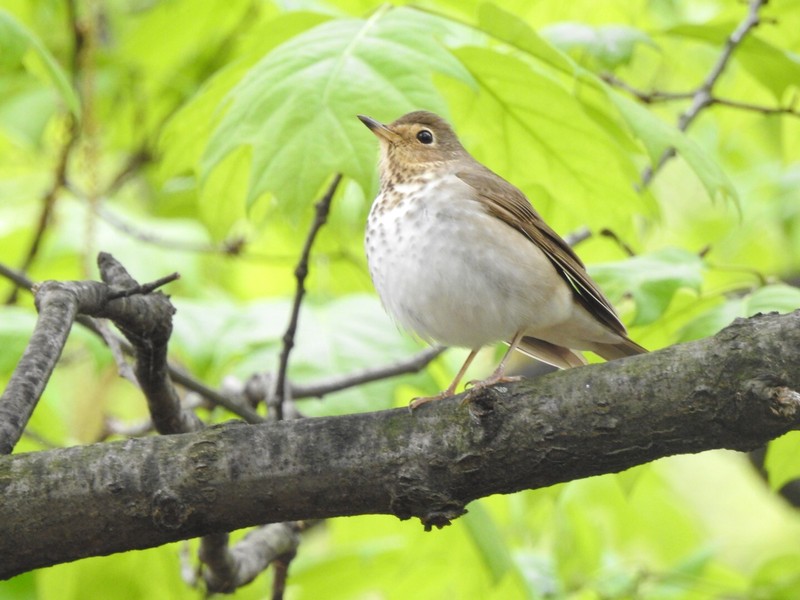 Then, I met up with the tour “Birding Bob” was leading. He had the CERULEAN WARBLER alright! Woo-hoo: not only my second Cerulean this week, but this one was in Manhattan of all places — insane! 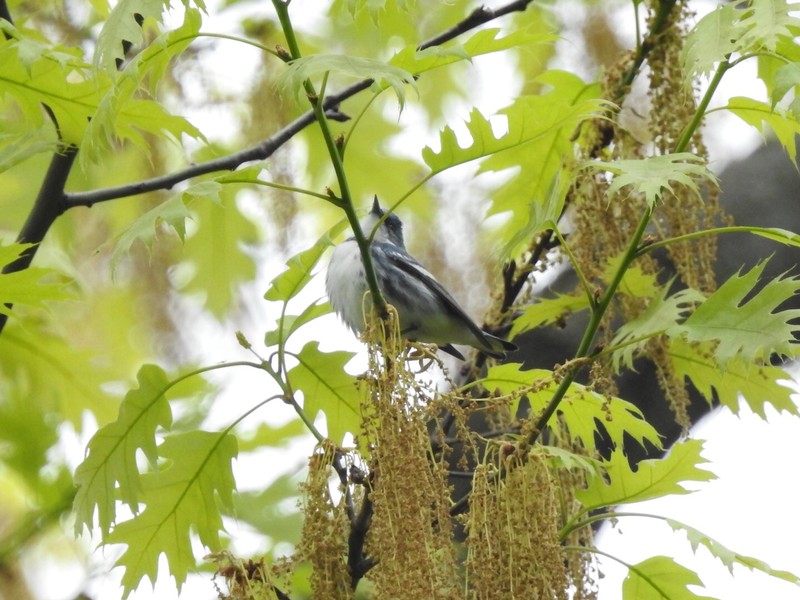 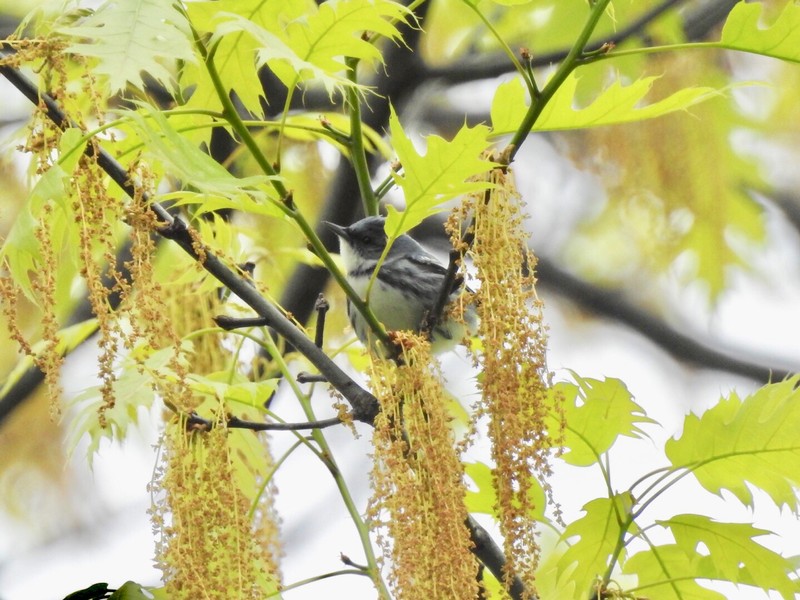 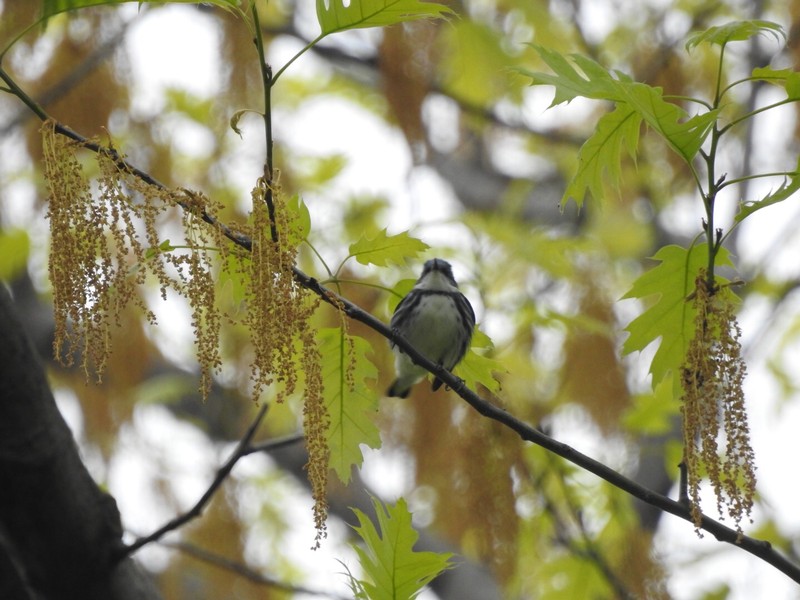 I would have been jumping for joy a little harder had it not been for the particular situation in which I observed this bird. Unfortunately, this nutcase named “Birding Bob” leads tours through Central Park where he incessantly employs playback of bird songs and alarm calls using speakers, making the songbirds go absolutely nuts. And he doesn’t even stop after a minute, the tapes go on and on! I personally believe that playback in moderation is ethical (outside of breeding grounds), but Birding Bob exploits technology for a quick buck. He knows that people will keep coming back to his walks if the birds come close, so he will do anything including messing around with Mother Nature to “bring in the birds.”

Unfortunately, I was not brave enough to say all of this to his face (though many have already) but I did offer my viewpoint about why I believe what he does his unethical to some of the bird walkers who would listen to me. Birding ethics is a touchy issue and must be handled with utmost grace.

Bird-of-the-day to the Cerulean Warbler, despite the wasting of its’ migratory energy on the part of Birding Bob. Runner-up to the Hooded Warbler. Stay tuned for more migration madness!

Posted by skwclar 18:19 Archived in USA