Yesterday, I made the long pilgrimage of a drive up to Rockford, IL in order to search for a bird that has eluded me over the years: Mississippi Kite! This grayish hawk’s breeding range extends into the far southern tip of Illinois, but interestingly enough, one or two tend to spend their summers along the Rock River in Rockford — clear on the other, northern end of the state! This would be a life bird for me so I was really hoping to get this “species tick.”

I arrived around 1:30pm at the appointed place, Rock Terrace Drive, along which they have been spotted as recently as the day before I went. Birds were around, and I spotted a few WOOD DUCKS on the other side of the Rock River: 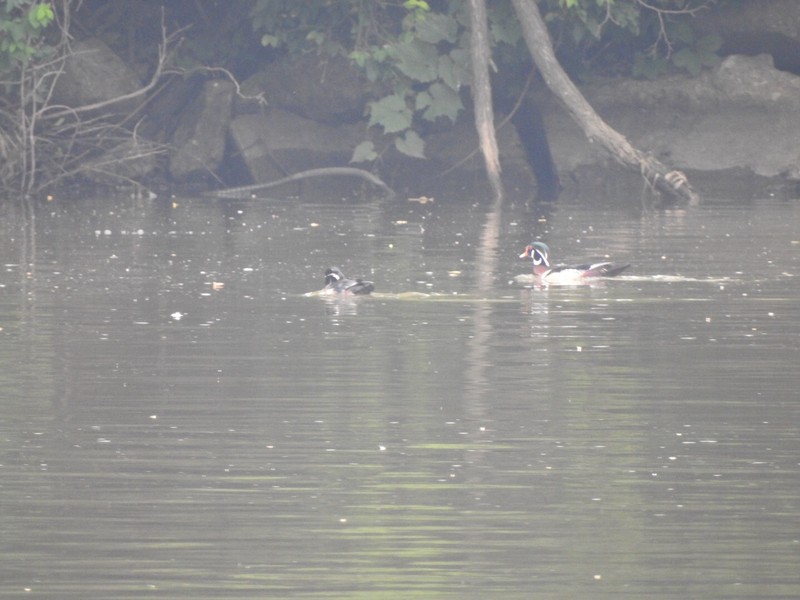 A duckling was around as well: 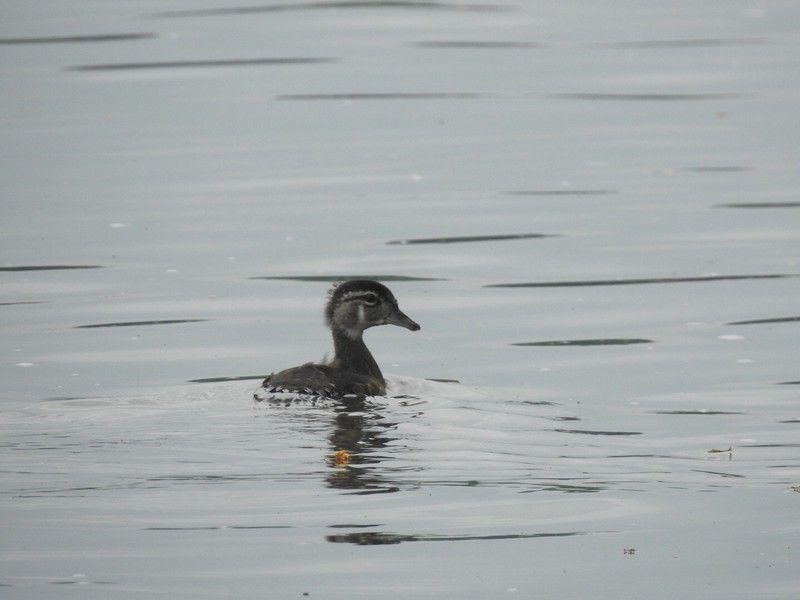 Quite a few GREAT BLUE HERONS made their presence known throughout my stay. 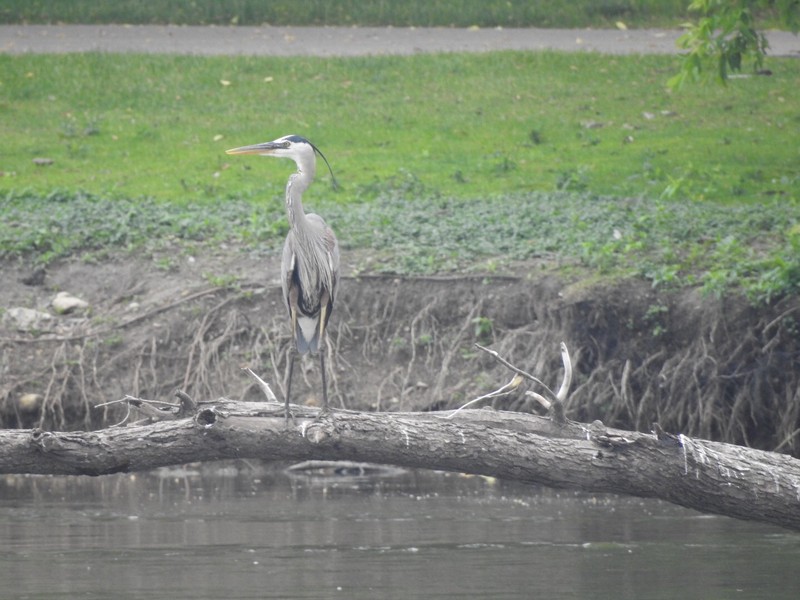 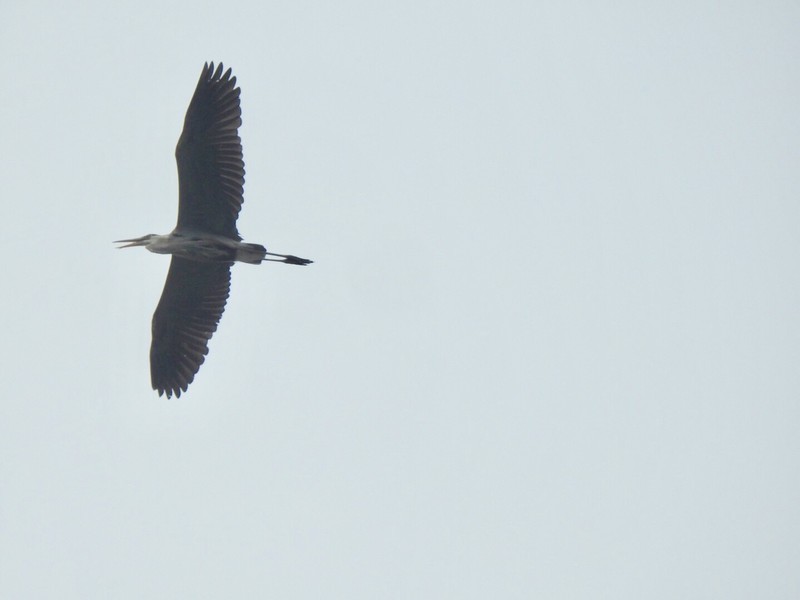 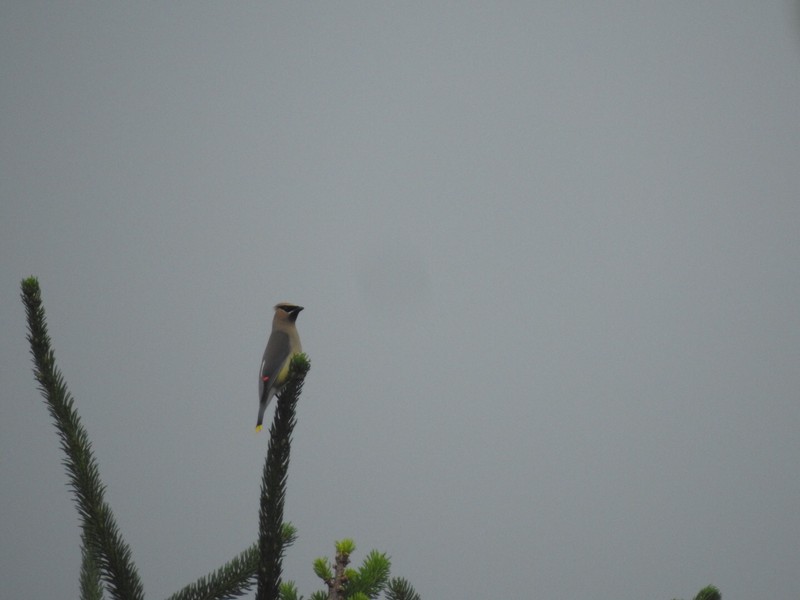 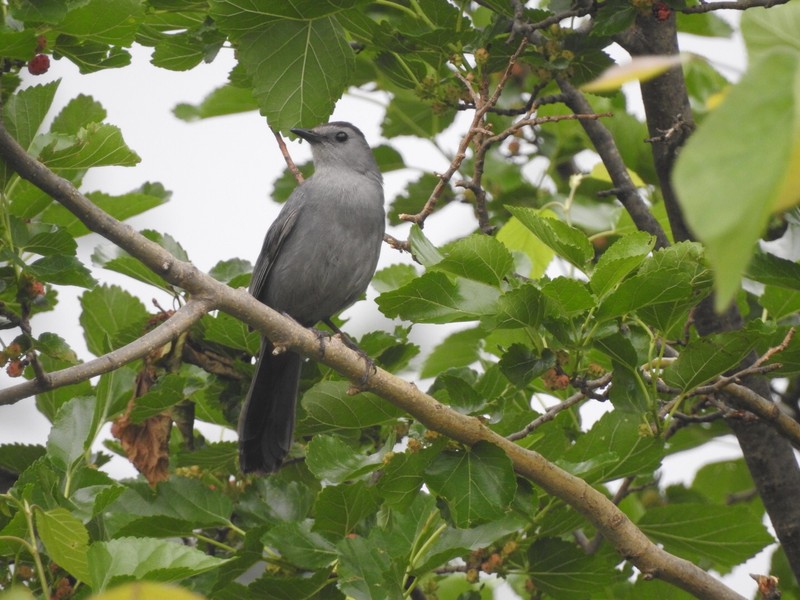 With a tasty snack of berries! 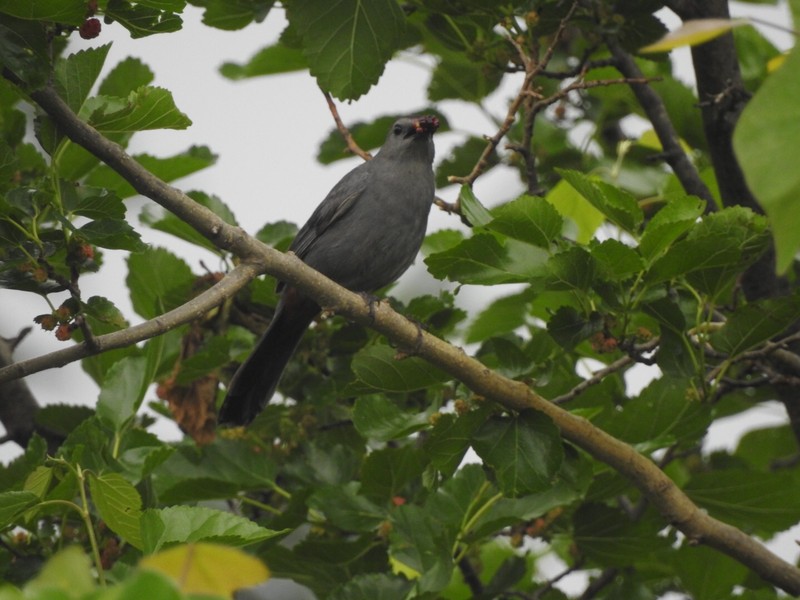 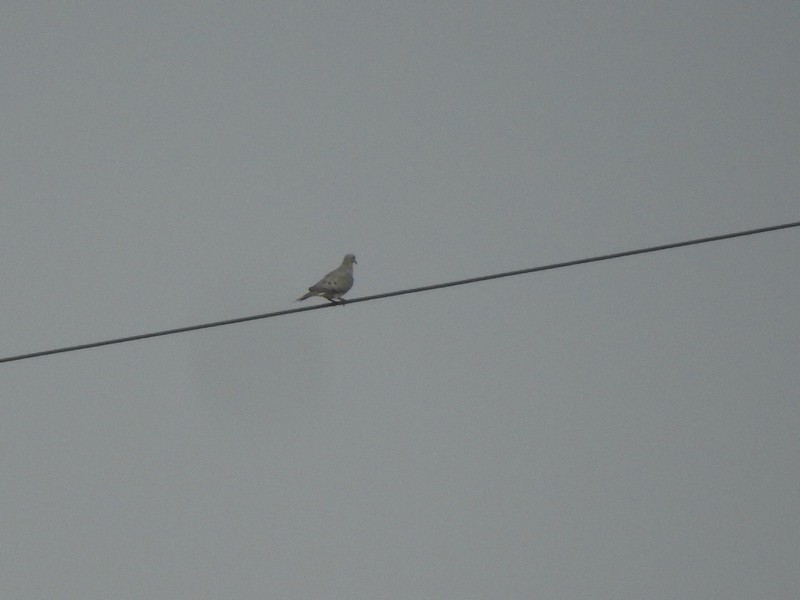 I found BARN, as well as these more uncommon CLIFF SWALLOWS nesting under the Auburn St Bridge: 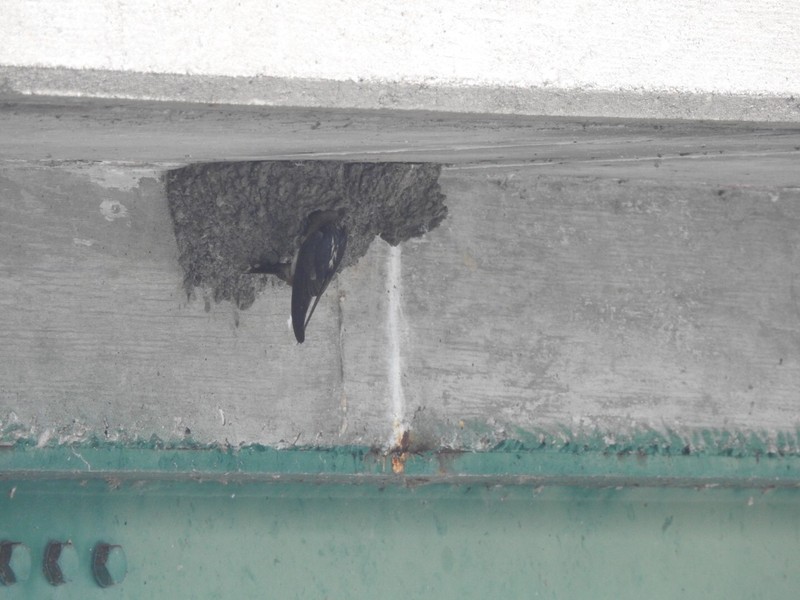 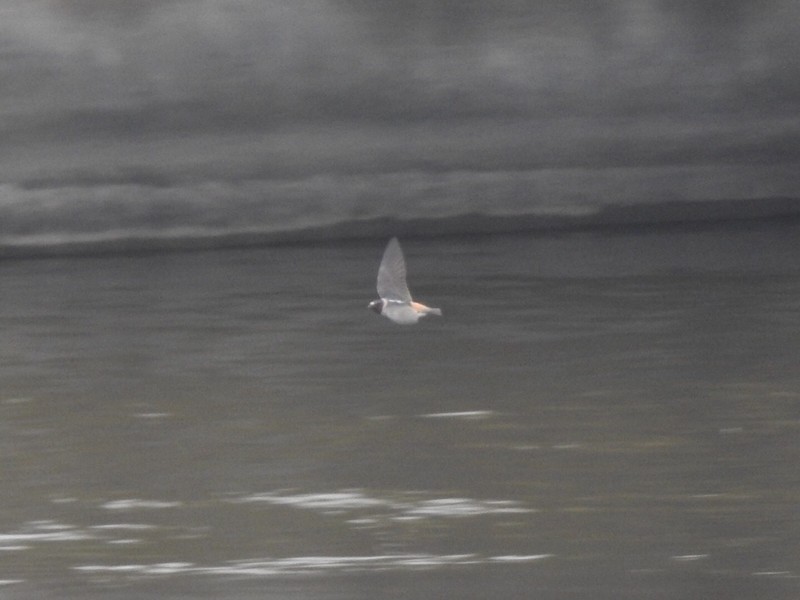 My heart started racing when a raptor flew overhead, but alas, it turned out to be a TURKEY VULTURE: 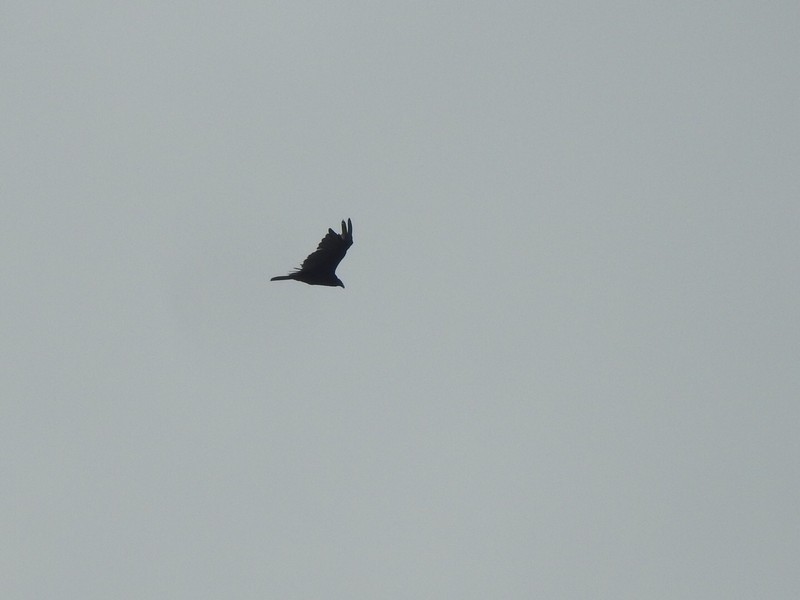 And then again and again I got excited, and then immediately crestfallen as this & a few other RED-TAILED HAWKS soared over the area throughout the afternoon: 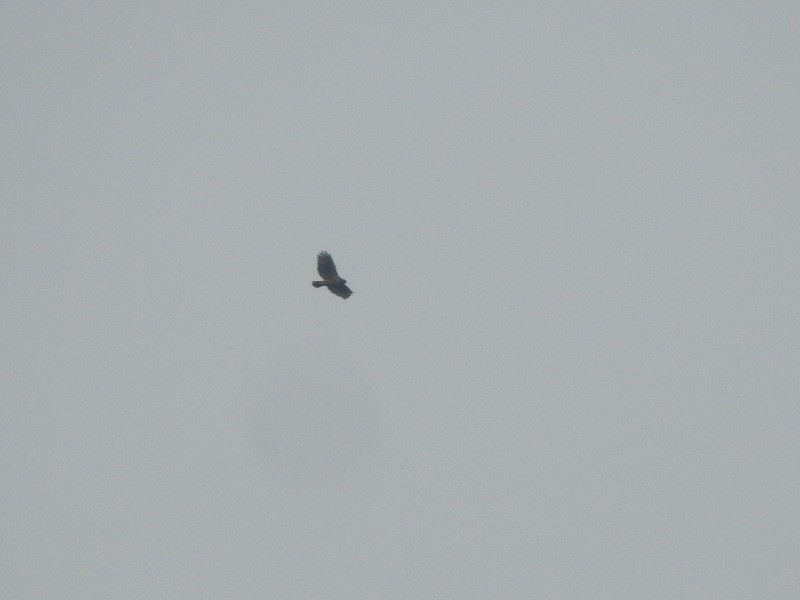 After over three hours of hawkwatching the area, I gave up. These kites used to nest at a nearby elementary school in the area, but the last few summers they haven’t been documented nesting & have been much more elusive. Elusive; they proved to be for me once again! Well, there’s always next time I guess.

I will pick my bird-of-the-day to be the Cliff Swallows with runner-up to the cute Wood Duckling. Turned out to be a rather quiet day. Stay tuned — on saturday I am going up to Wisconsin for a family reunion where I will hope to squeeze in some birding, and then on sunday I am flying out to Chautauqua in western NY state for summer music camp! I will be there until August 10 and will be very busy but I do hope to fit in some birding. After that, Sun Valley, Idaho!

Posted by skwclar 21:19 Archived in USA