Today I hiked part of the way up Bald Mountain in Ketchum, Idaho on the Warm Springs Trail with my Dad. This trail passes through some nice stretches of conifer forests where in the past I have gotten Northern Pygmy-Owl, Townsend’s Solitaire, Black-backed Woodpecker, and other high-elevation conifer forest specialties here in Idaho.

The trail starts off by passing over Warm Springs Creek, where a SONG SPARROW or two can always reliably be found: 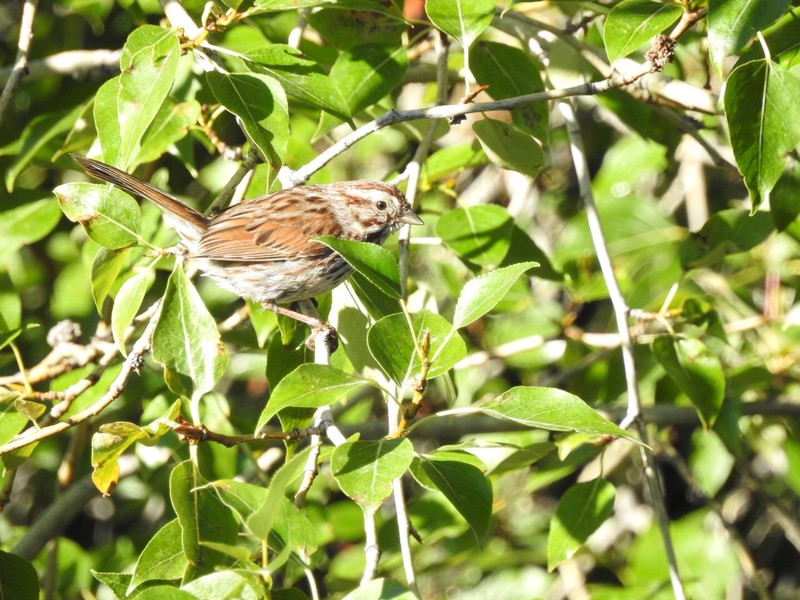 Then it moves up the mountain through ski runs and stretches of conifer forests where many Pine Squirrels call it home: 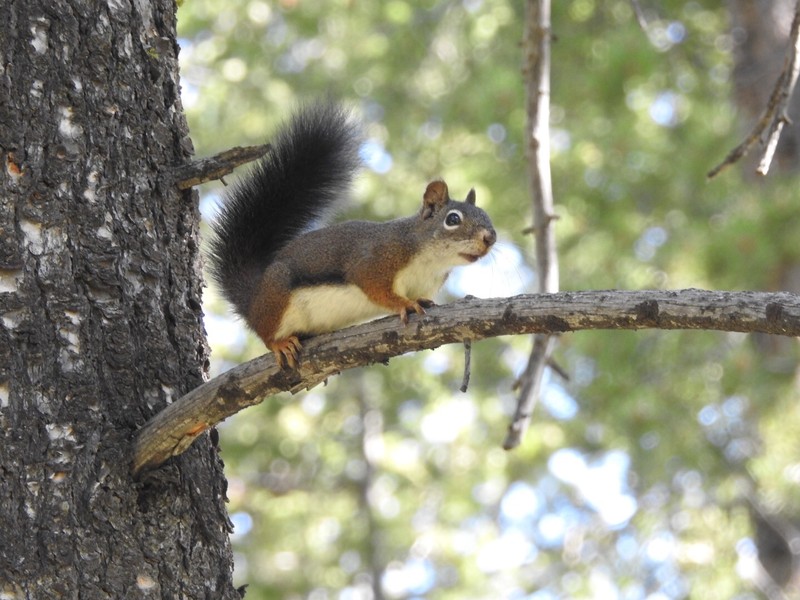 After quite a bit of searching, I finally got a view of the heard-only HAMMOND’S FLYCATCHER from the other day: 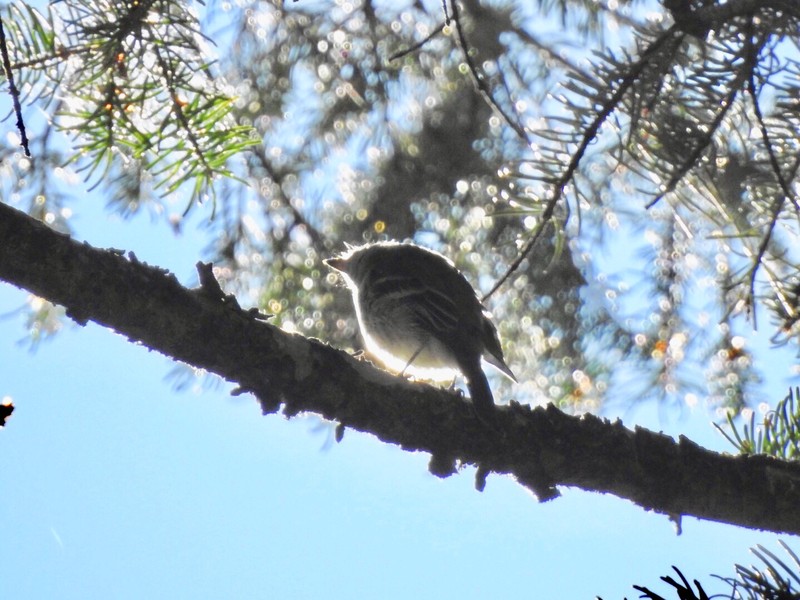 BROWN CREEPERS were once again fairly numerous throughout the hike: 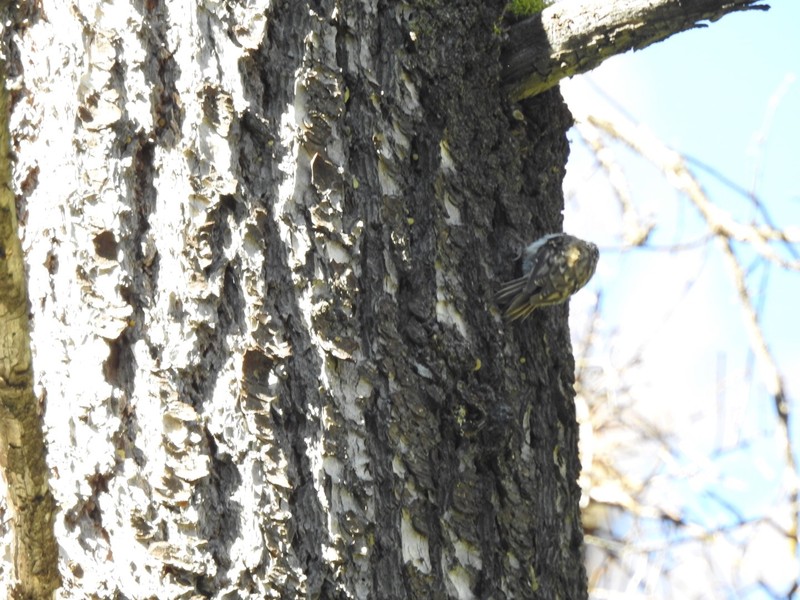 And a few RUBY-CROWNED KINGLETS, such as this one, were seen: 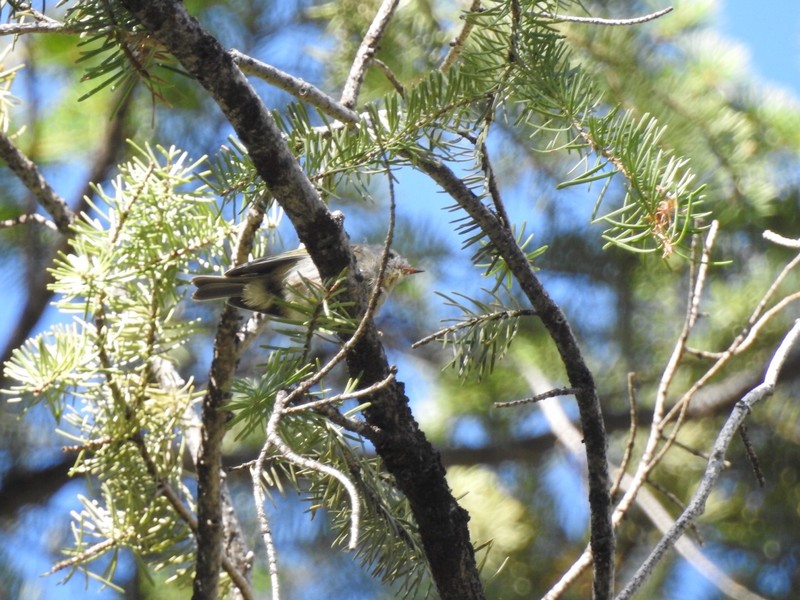 A high-elevation WARBLING VIREO was a surprise because these are usually found in lower riparian habitats: 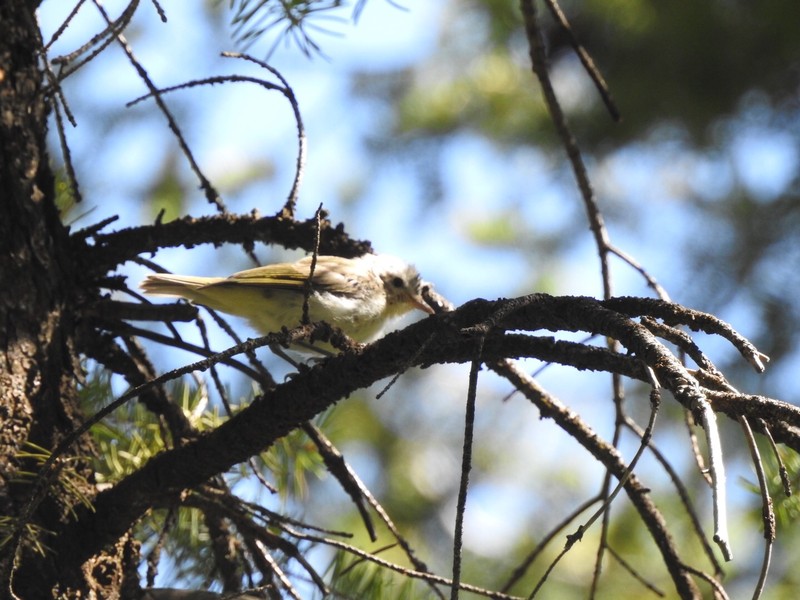 MOUNTAIN CHICKADEES abounded throughout the day but were too skittish for decent photos: 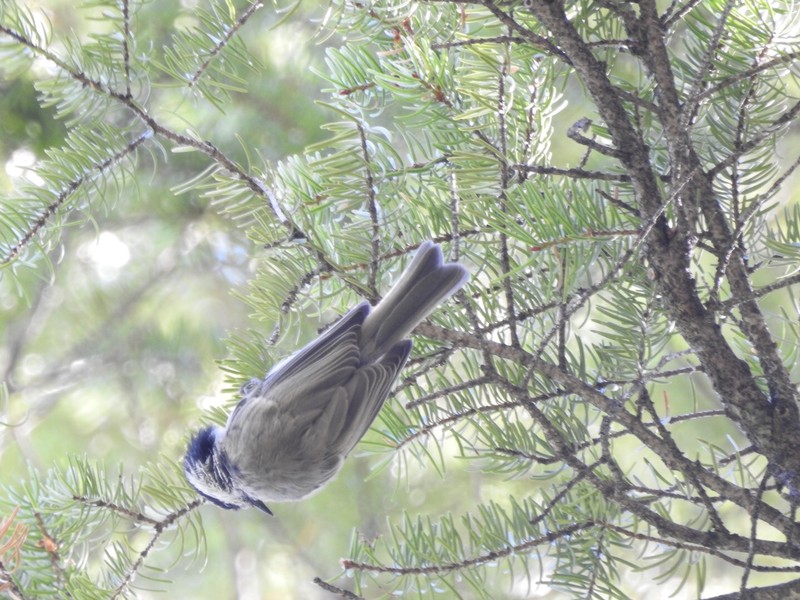 I got a quick view of a decent migrant species, an ORANGE-CROWNED WARBLER: 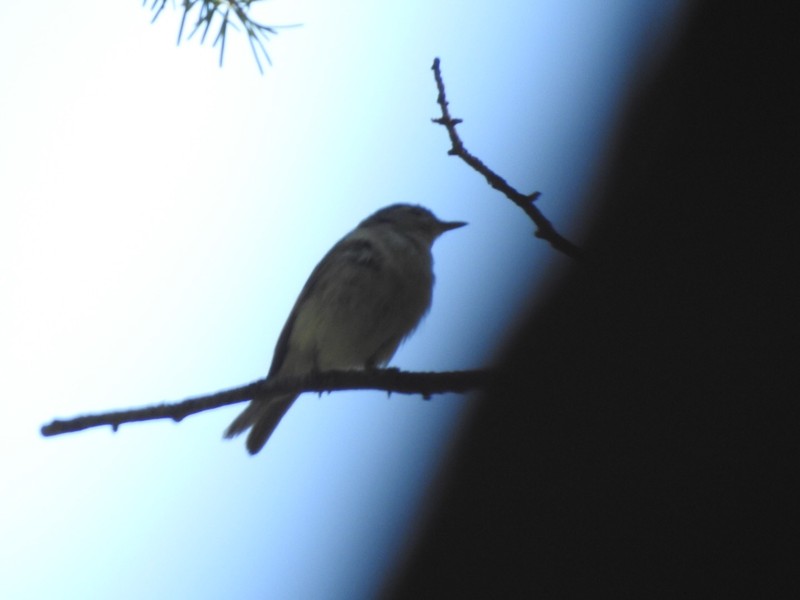 Juvenile CHIPPING SPARROW, many of these breed up and down the ski runs on Bald Mountain: 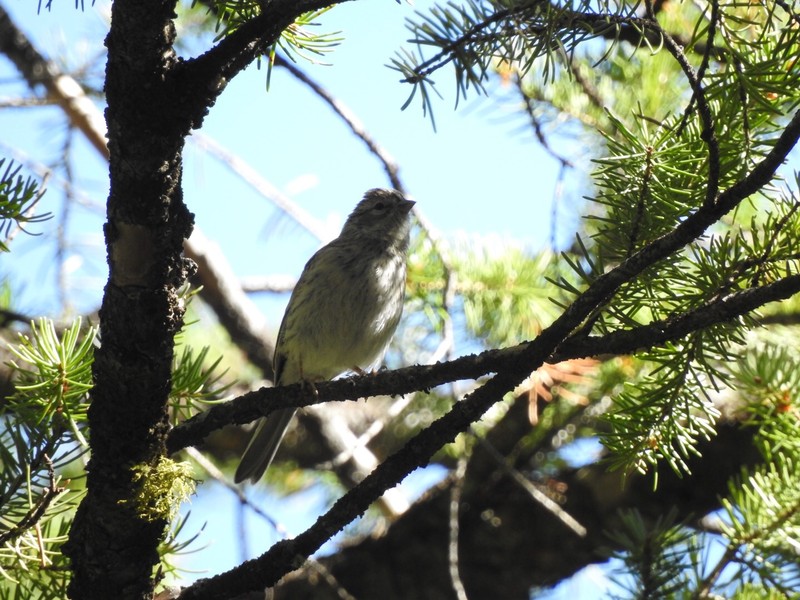 The surprise of the day was when a hummingbird flew over the trail, I played the recording of a CALLIOPE HUMMINGBIRD, and it came zooming back in! I have never tried playback with hummers before and this brief interaction was very interesting. Only the third time I have ever seen this uncommon species! It is the smallest hummer in the USA. 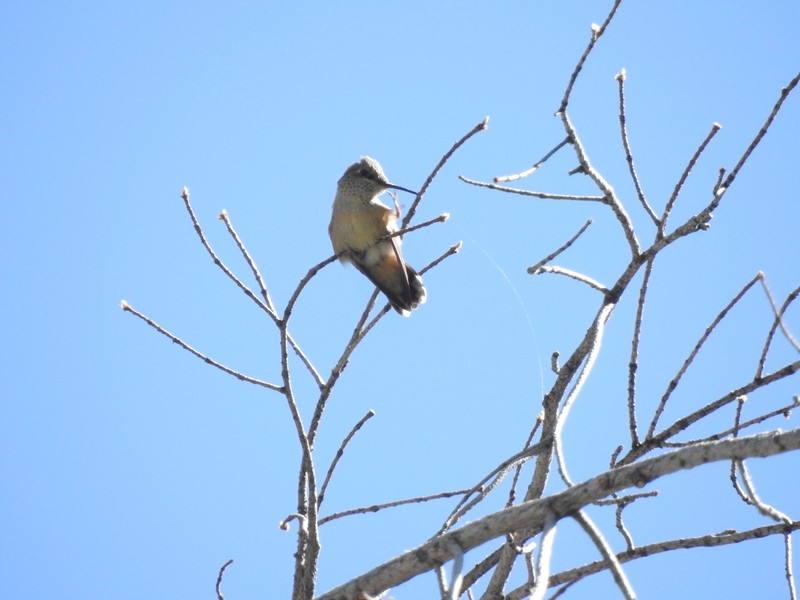 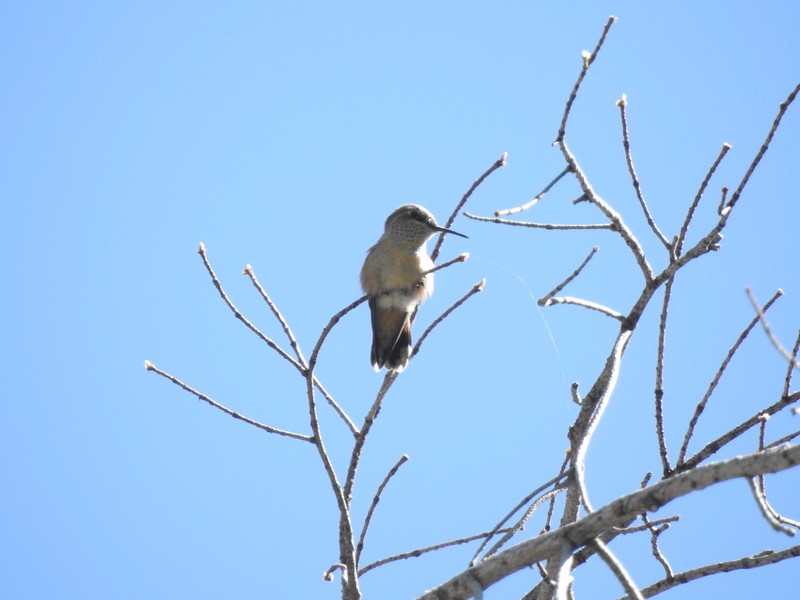 A few raucous calls alerted me to the presence of a STELLER’S JAY: 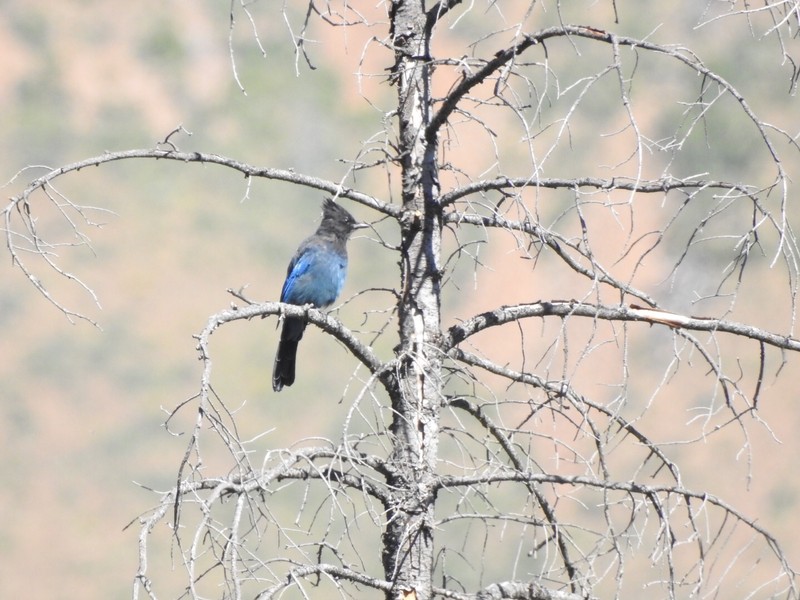 My first-of-the-year DUSKY FLYCATCHER was found in typical Dusky habitat: disturbed, dead conifer forest. It was again a quick sighting; tough to photograph. 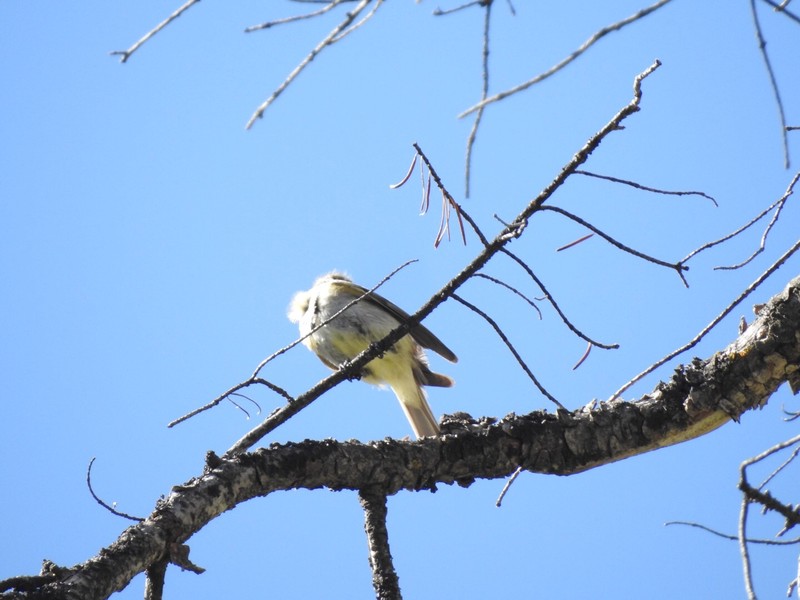 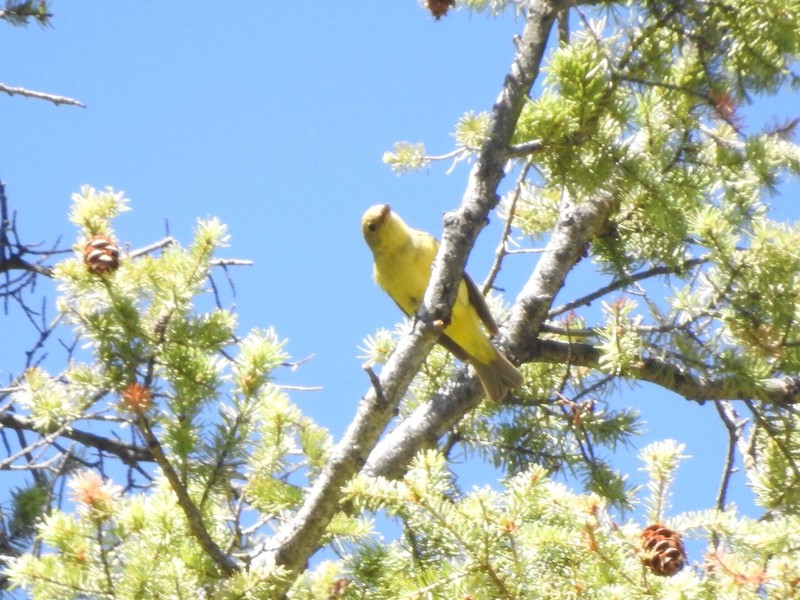 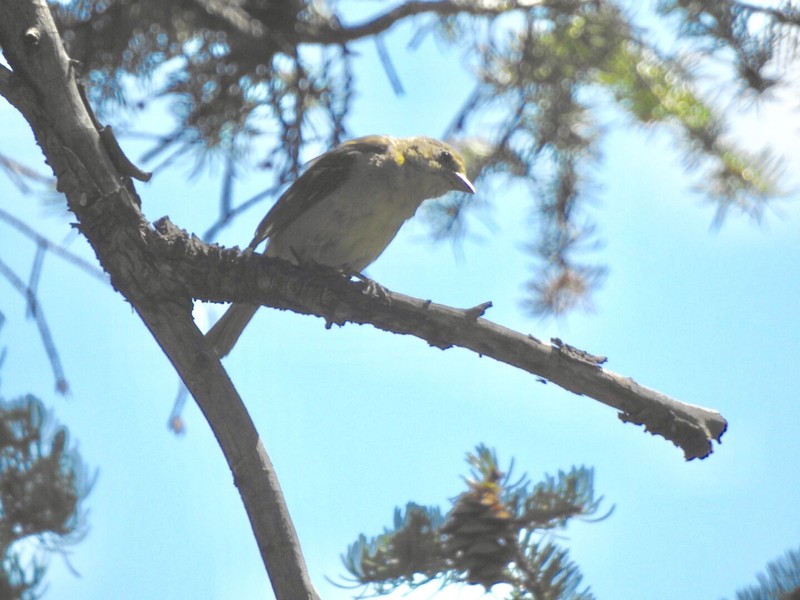 We called it a day after summiting one of the north ridges of Bald Mountain — it had a wonderful view west into the Warm Springs drainage area. 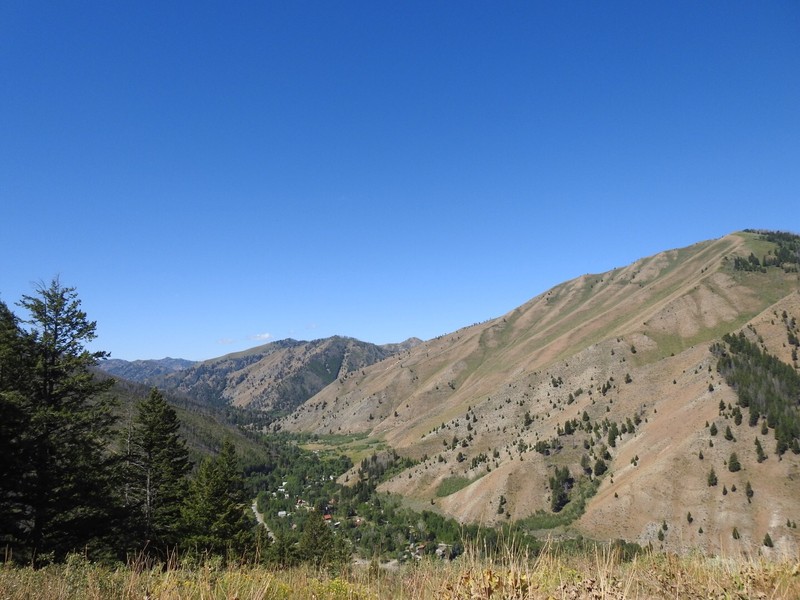 Any ideas what this specimen is? My best guess is juvenile Western Tanager again, but the beak seems disproportionately large. Let me know in the comments what you think! 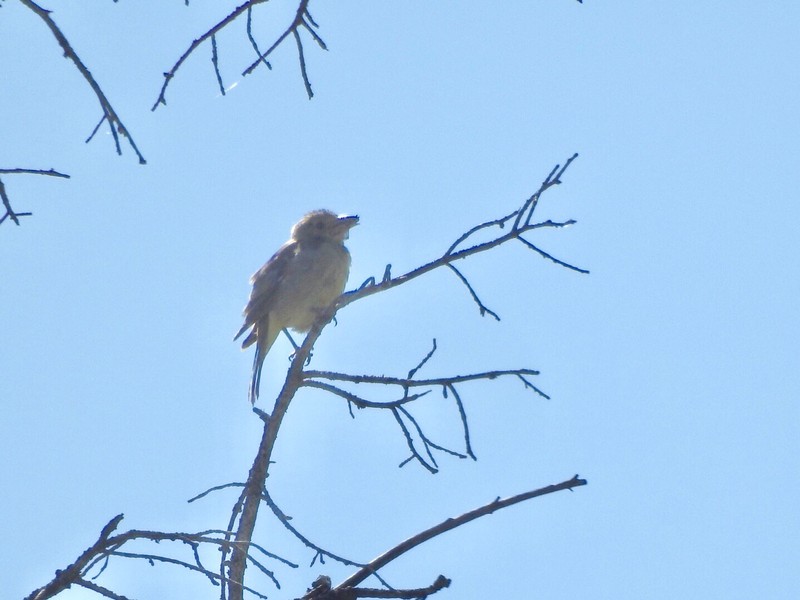 A single CLARK’S NUTCRACKER, a classic high-elevation corvid species, flushed from the trail as we unknowingly passed by, and it posed for a photo: 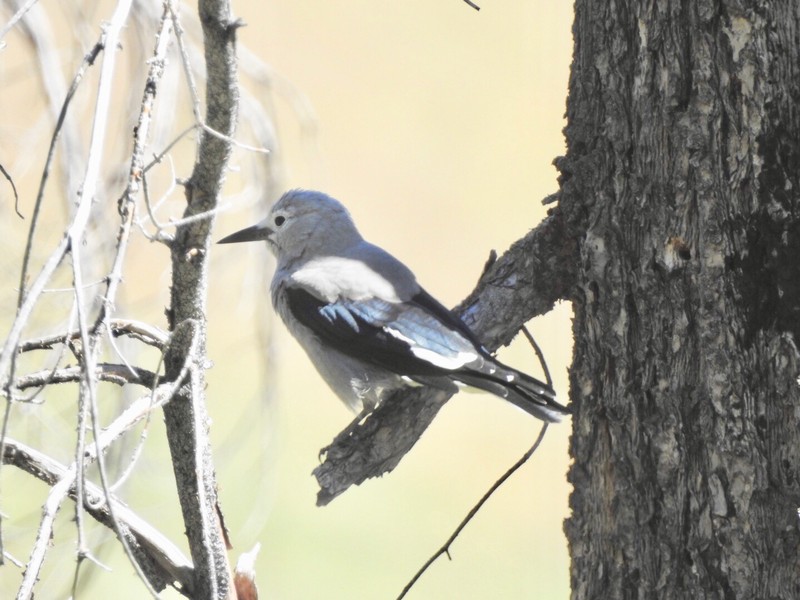 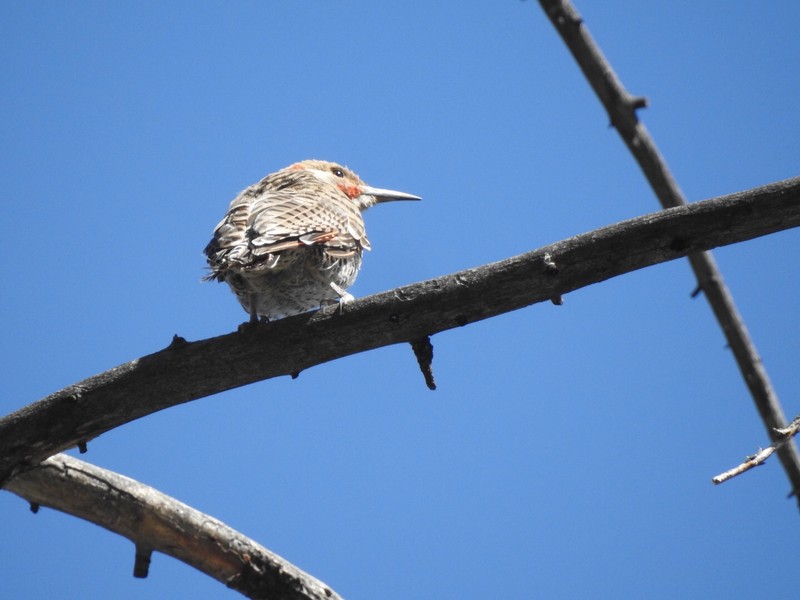 Bird-of-the-day to the Calliope Hummingbird with runner-up to the Dusky Flycatcher. A slower morning, but some nice highlights.

Posted by skwclar 13:04 Archived in USA