Birding in the Hurricane

As I had been reading on the recent weather forecast, today I noted on the radar for the northeast that the northernmost bands of rain associated with the now-category 1 Hurricane Dorian were grazing the New York City area, including some prime birding spots along the coast of Queens. 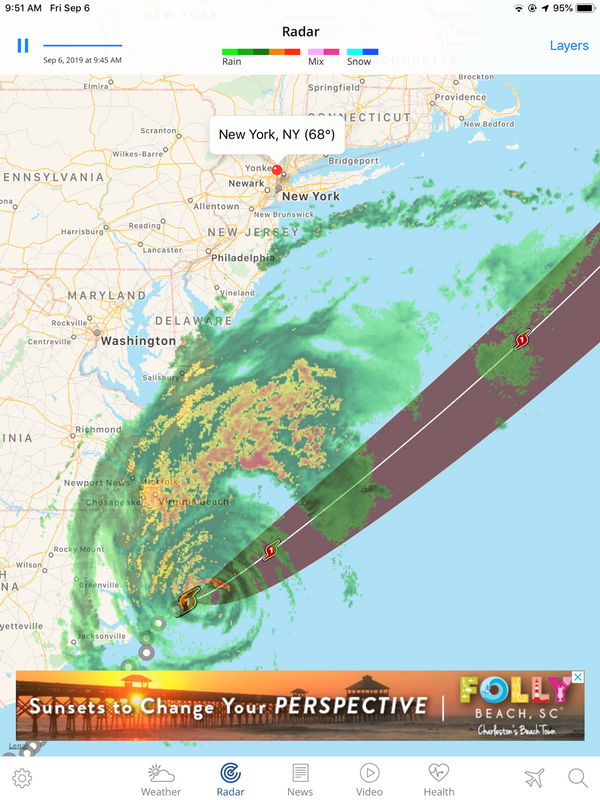 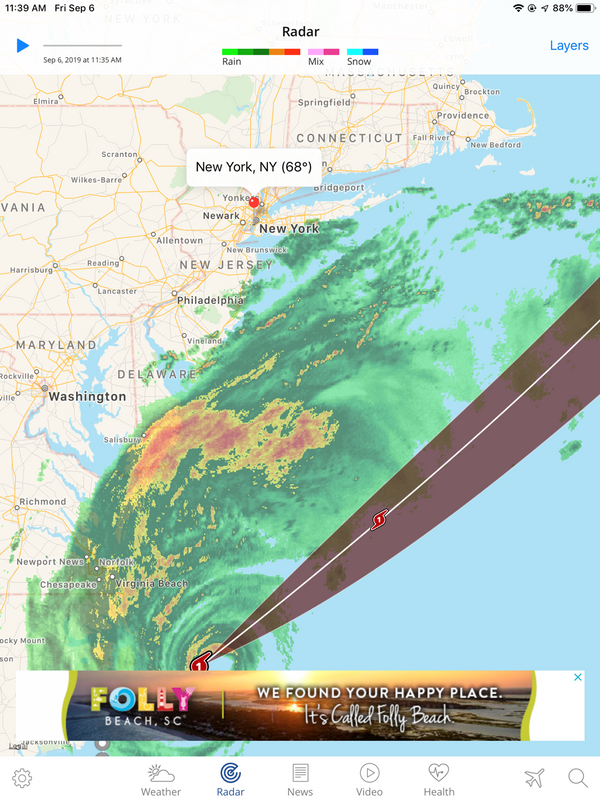 Hurricanes are known for their storm sturge, damaging winds, and all-around devastation, but a fact recognized far too uncommonly is that they also wreak havoc on bird life. One example is a critically-endangered subspecies of bird called the Bahama Nuthatch, that prior to this hurricane, was thought to only have two individuals left in the wild. Unfortunately, this hurricane has probably been the last straw for this dwindling species which has been only found on one island in recent years: Grand Bahama Island. Just days ago, the hurricane devasted that island.

Pelagic (sea-faring) & other aquatic bird species, in particular, are also prone to the ravaging affects of hurricanes and all tropical & non-tropical oceanic weather systems. Birds that tend to stick to the open ocean, such as various pelagic terns, storm-petrels, shearwaters, and boobies (yes, boobies) tend to wisely avoid these hurricanes by flying away from the center of the disturbance. When hurricanes such as Dorian approach land, this is then a prime time for birders to look for pelagic species from land — a rare opportunity to see usually-inaccessible species.

NOT to worry: in no way did I put myself in any form of danger today as I stayed far from the water’s edge, and the outer bands of the hurricane are always the weakest: all I experienced today were a few rain showers and some wind. So, after a two-hour commute to Fort Tilden along the coast of Queens, I was ready to brave the rain and see what I could find — my hopes were high! It sure did look stormy as light rain pelted down, winds blew from the east, and the sea raged offshore. 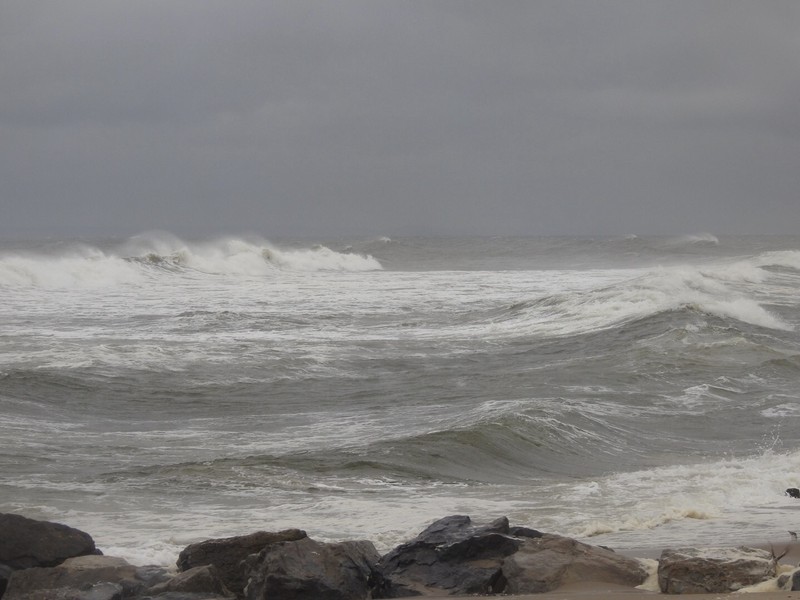 Much of the afternoon was spent bracing my umbrella against the 50MPH wind and rain with my left hand and photographing/scoping the open ocean with my right hand. It was tiring, but I hadn’t come all this way for nothing! 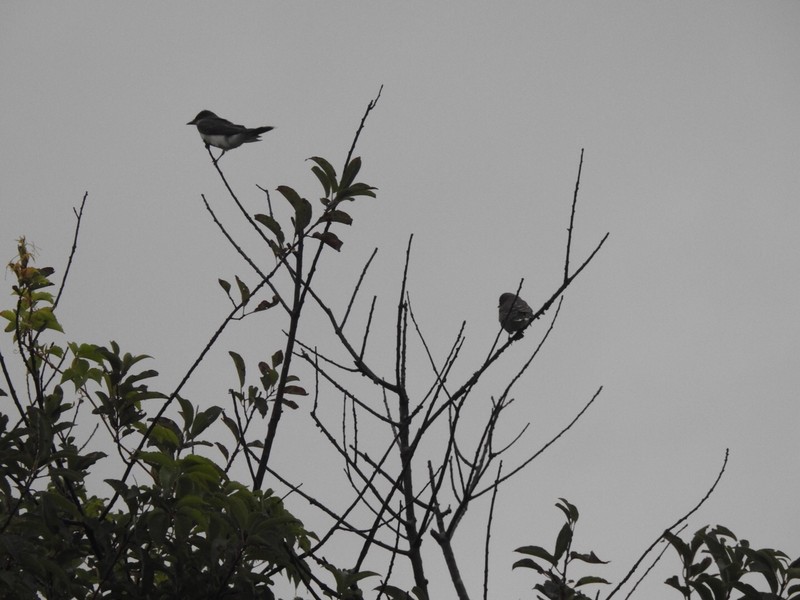 I saw SANDERLINGS on the beach in various plumages: 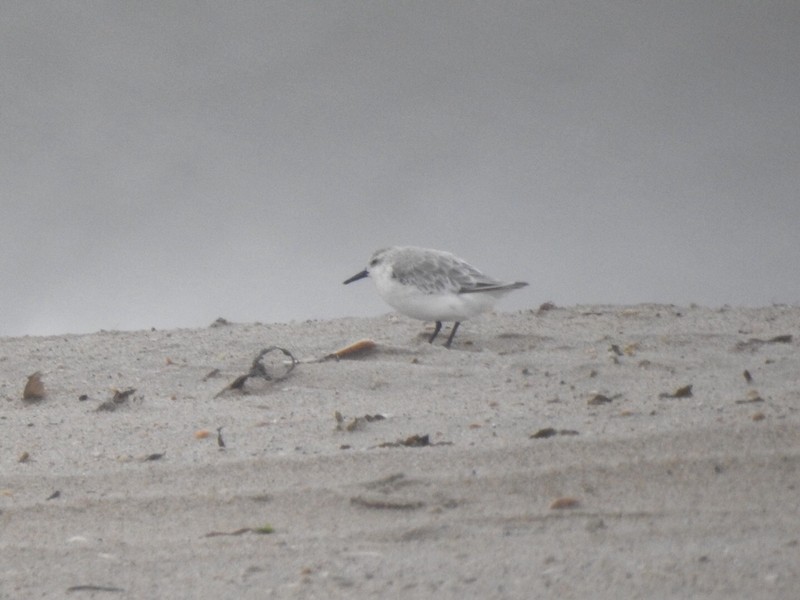 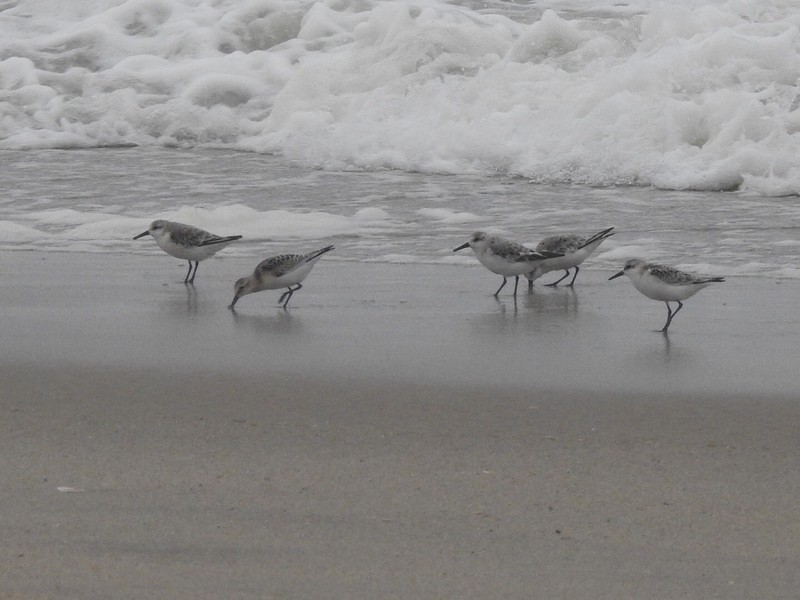 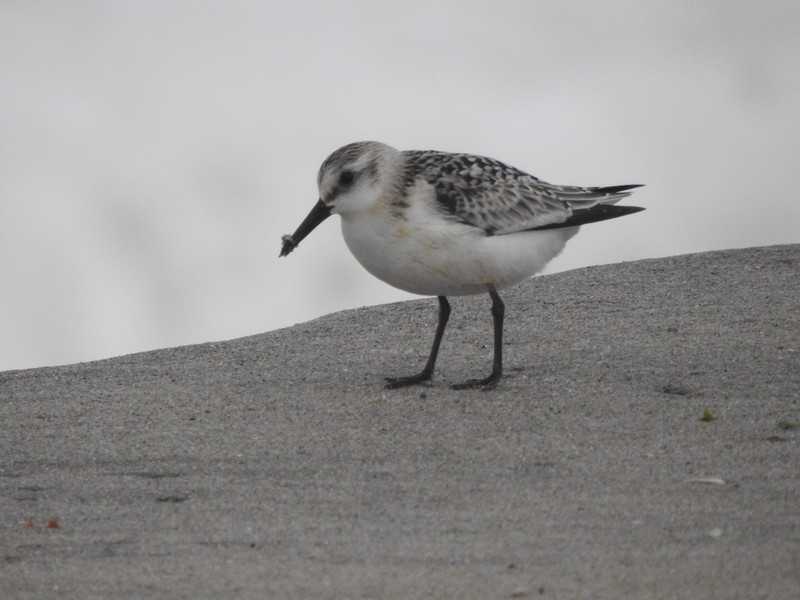 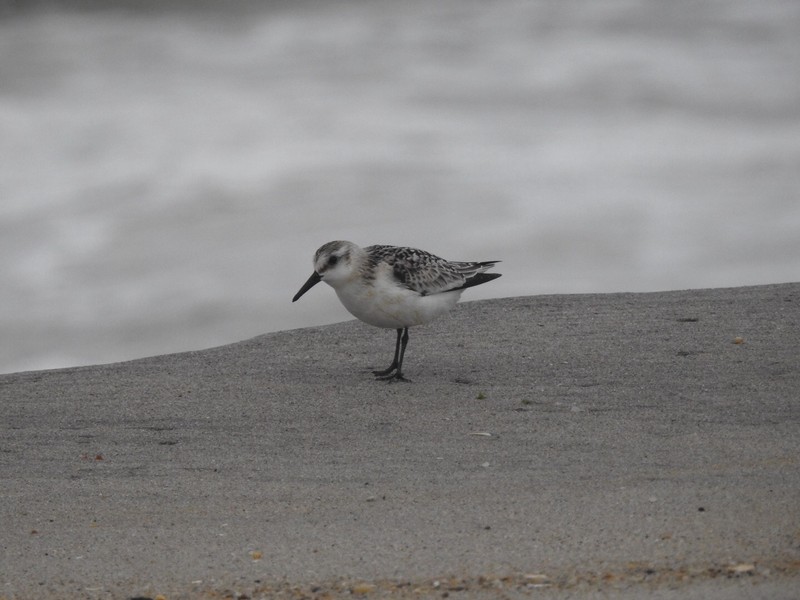 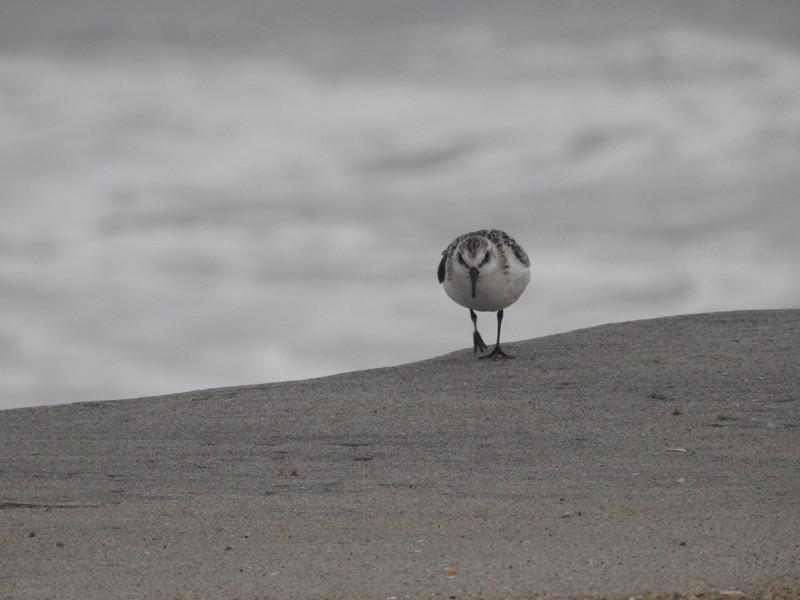 As well as AMERICAN OYSTERCATCHERS, another fun shorebird species I love to see: 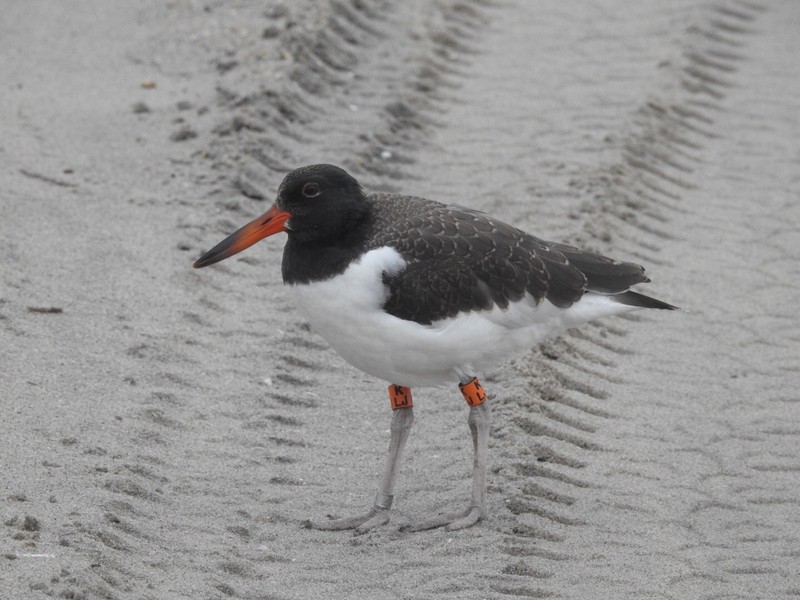 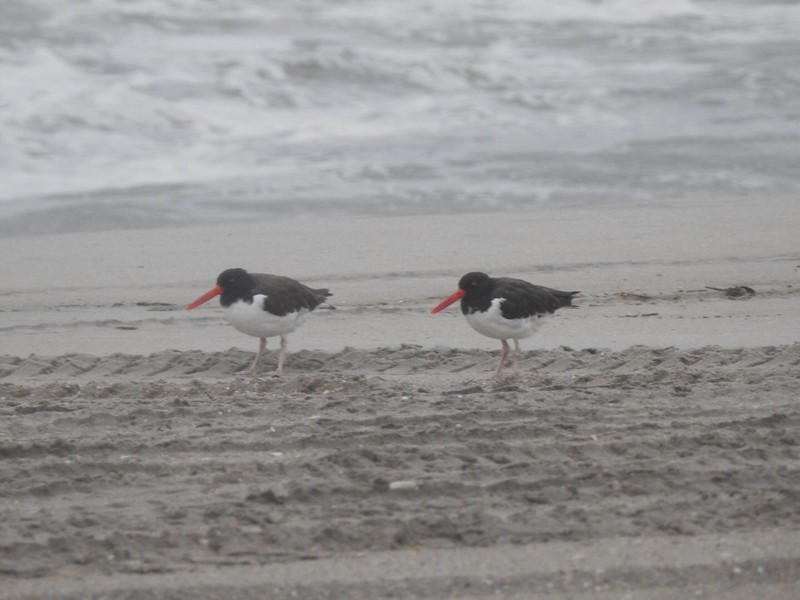 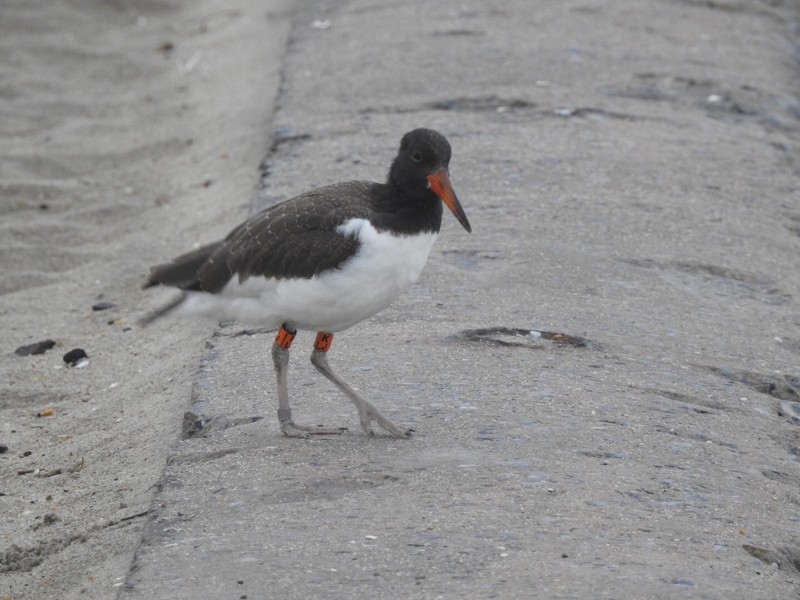 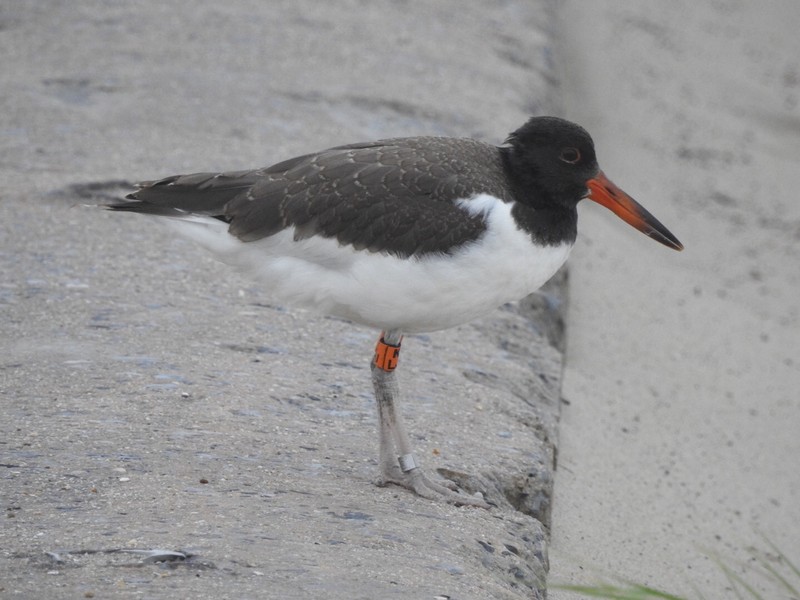 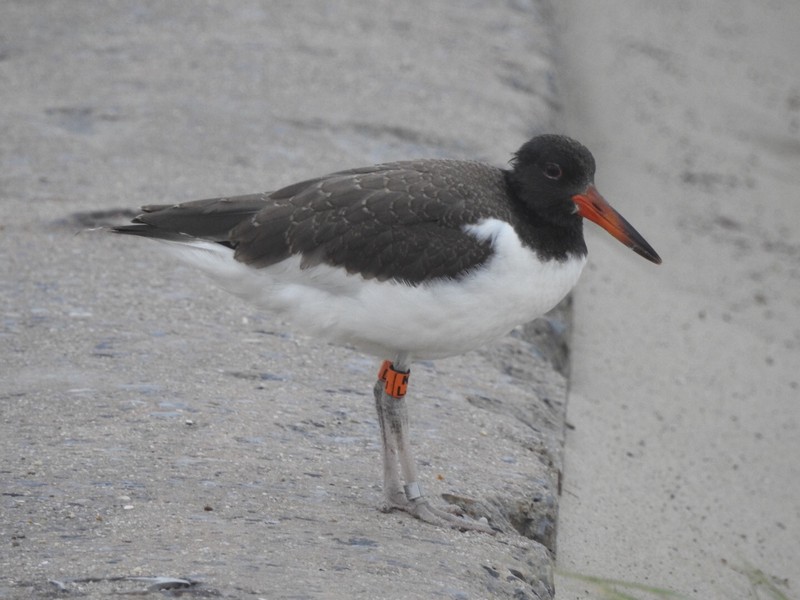 GREAT BLACK-BACKED GULL — many of these were both inshore and offshore today. 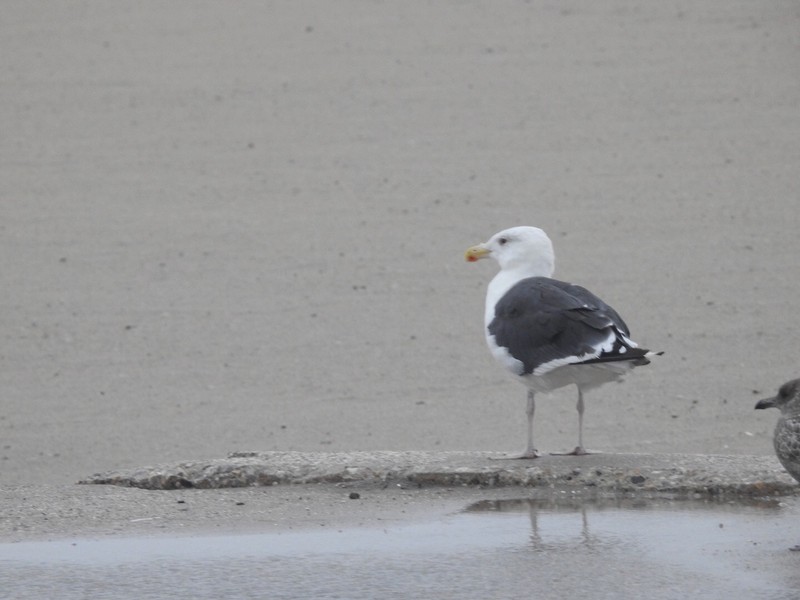 As I saw more of predominately the above birds, the rain grew stronger and the sea grew wilder. It was quite something to experience. 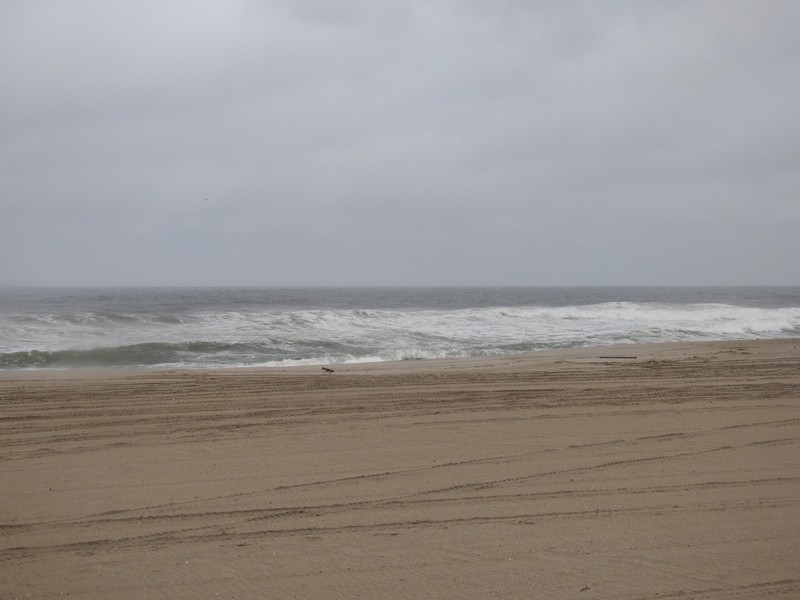 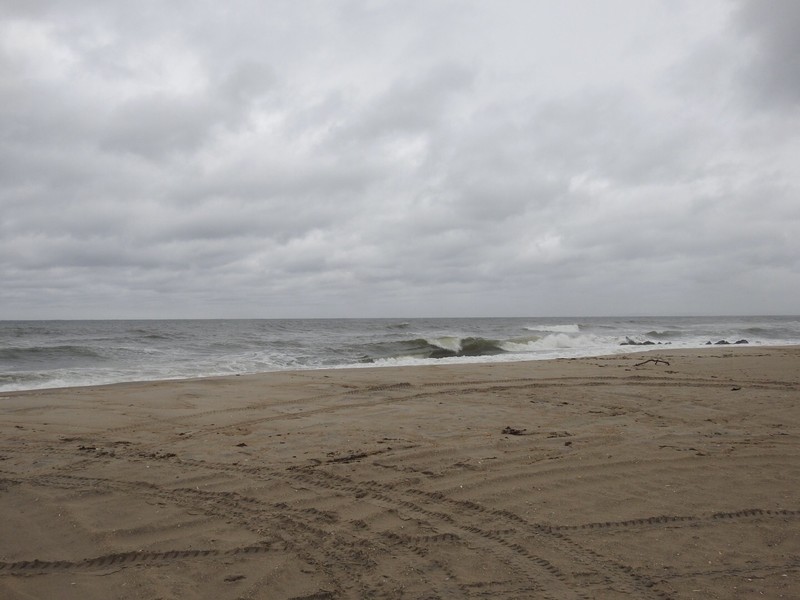 An immature LAUGHING GULL flew by: 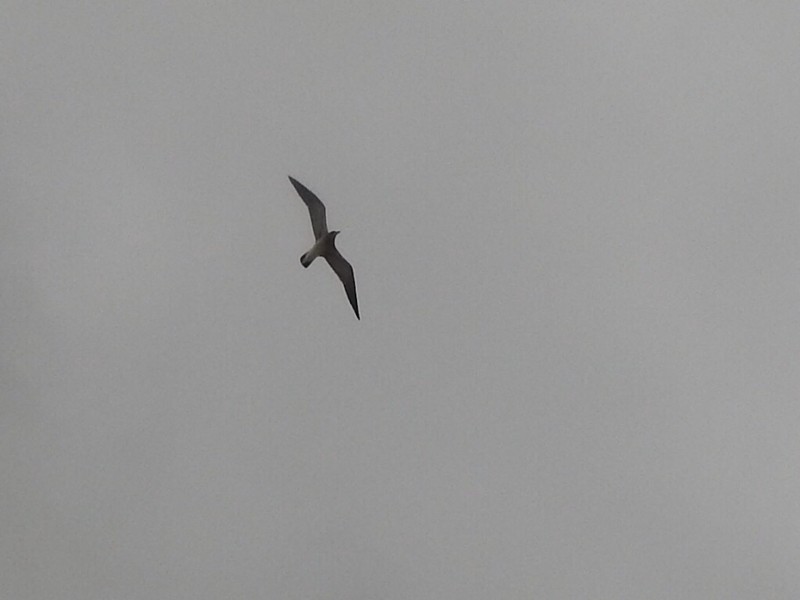 As well as an OSPREY that appeared to have quite the catch: 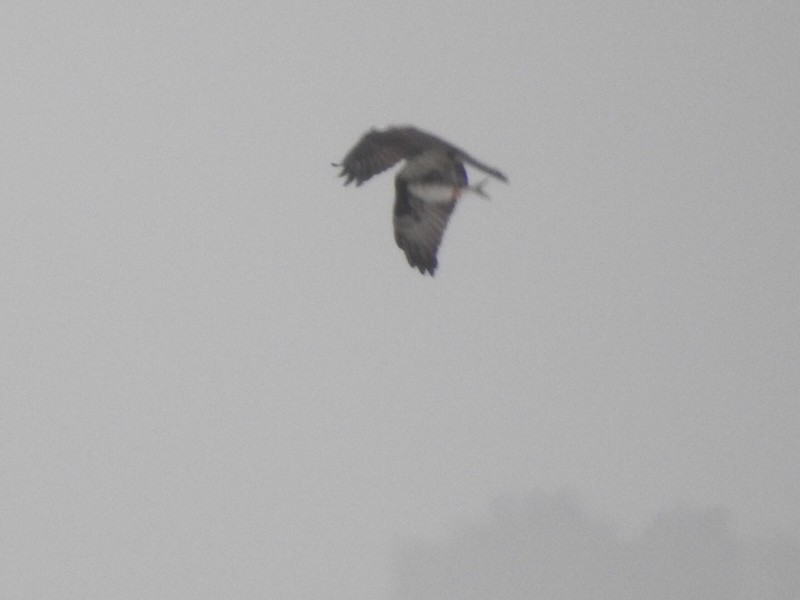 Finally, just before I left, a small flock of terns flew by. My hopes for them being the rarer Sooty or Bridled Terns were soon dashed, though, as I saw their pale coloration — the larger is a ROYAL TERN, uncommon but fairly expected for the area, and the smaller birds are COMMON TERNS. 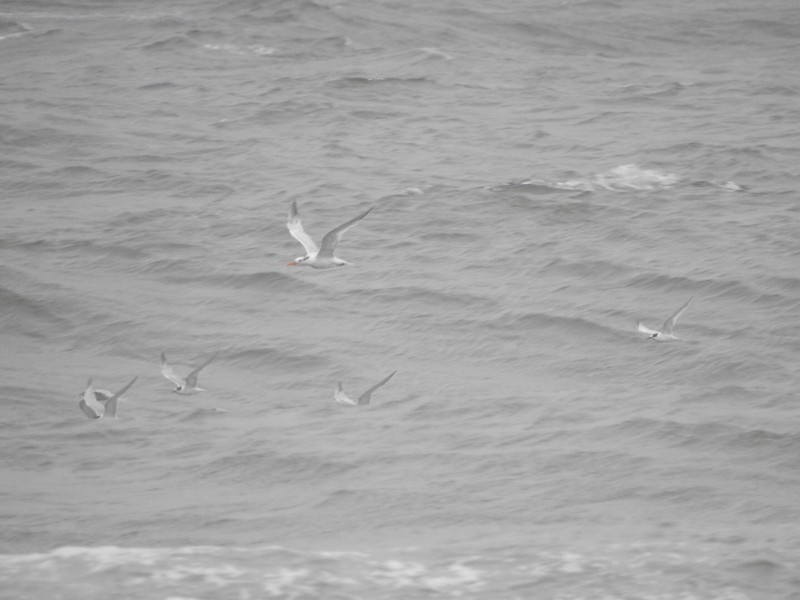 Here is a close-up of the Royal: 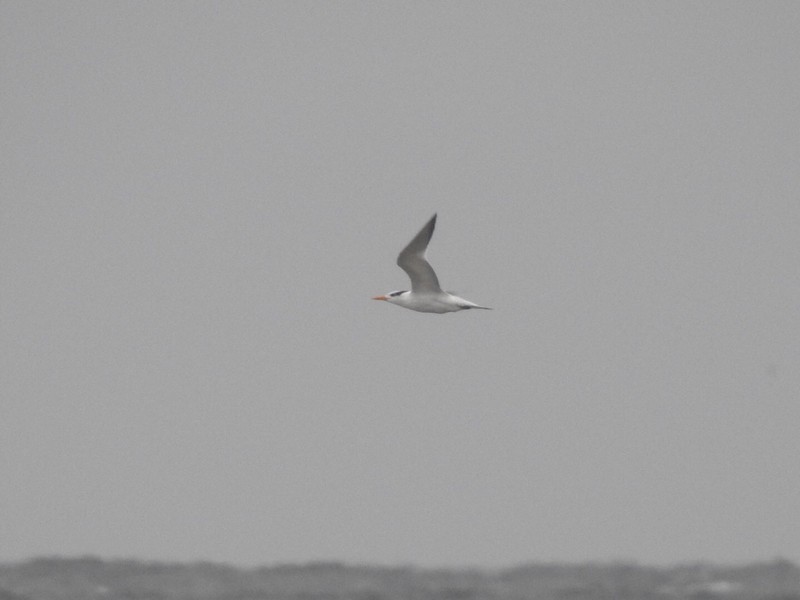 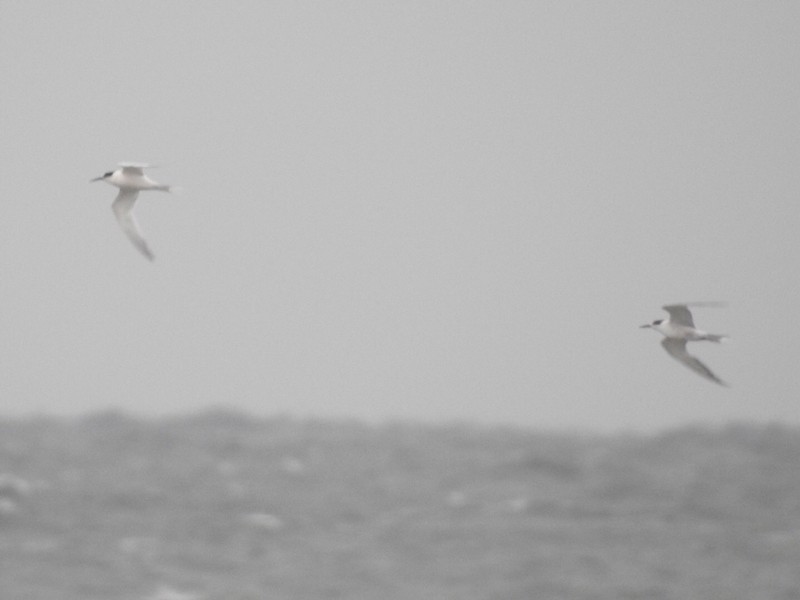 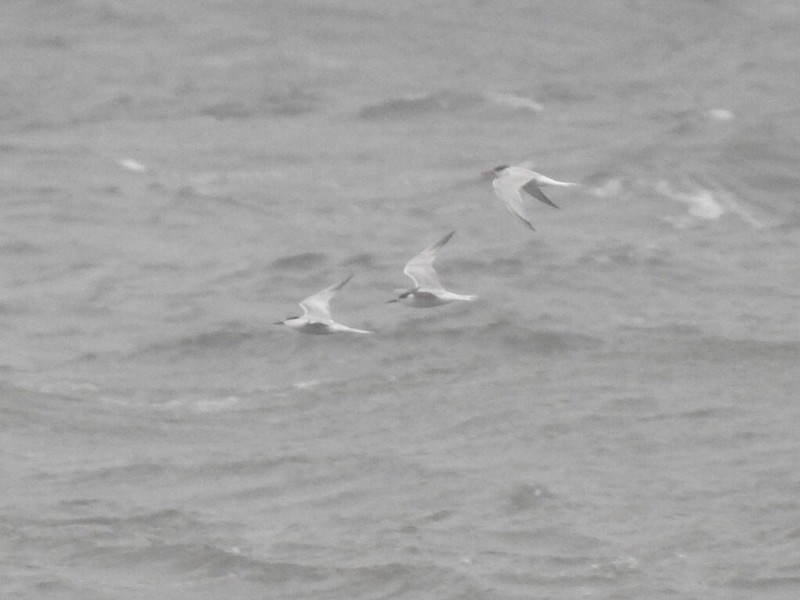 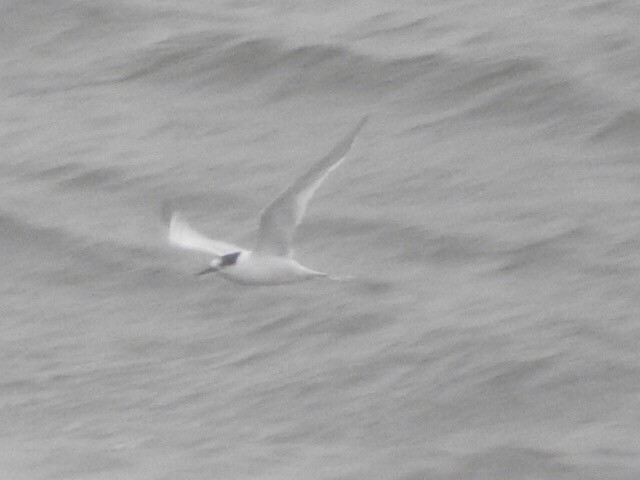 After about an hour and a half of birding and battling the wind, I was thoroughly tired out. Unfortunately, I didn’t find any of my target pelagic birds, but it was certainly nice to see some coastal species since they are, of course, absent from Manhattan. Bird-of-the-day to the Royal Tern with runner-up to the Common Terns — an exciting, stormy afternoon out!

Posted by skwclar 17:12 Archived in USA

How exciting! Now what about the bands on that oystercatcher? Did you turn them in?