Will my luck tern around?

Today, I awoke at the crack of dawn - 5:30am - in order to chase a prospective life bird: that elusive Gull-billed Tern. For the last few days, an individual has been seen at the Jones Beach State Park Coast Guard Station, where I found the Black-headed Gull last winter. There have been several other good birds in that area recently as well, including Caspian Tern, Marbled Godwit, and even a vagrant White-winged Dove a few weeks ago. I therefore had high hopes for the morning. The nice thing about mondays is that class doesn’t start until 1pm so I can go chasing birds in the morning (it’s harder to bird on weekends this year because of work commitments and late nights, lol!).

To give you an idea of the distance I traveled this morning, I have included this edited picture of the LIRR map: the red star indicates the Manhattan School of Music and the yellow star indicates Jones Beach State Park where I went birding this morning. 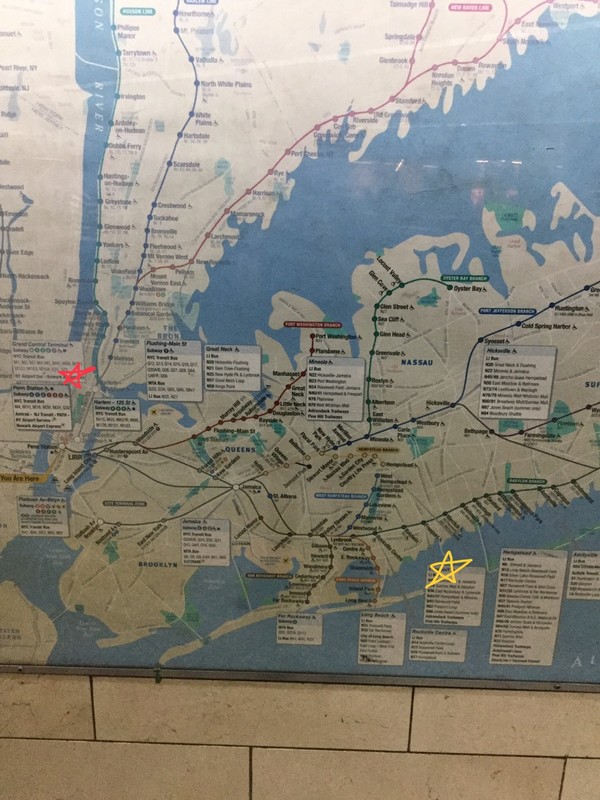 While waiting for the uber which took a while due to rush hour, I saw this FISH CROW which honked for me a few times to confirm its identification: 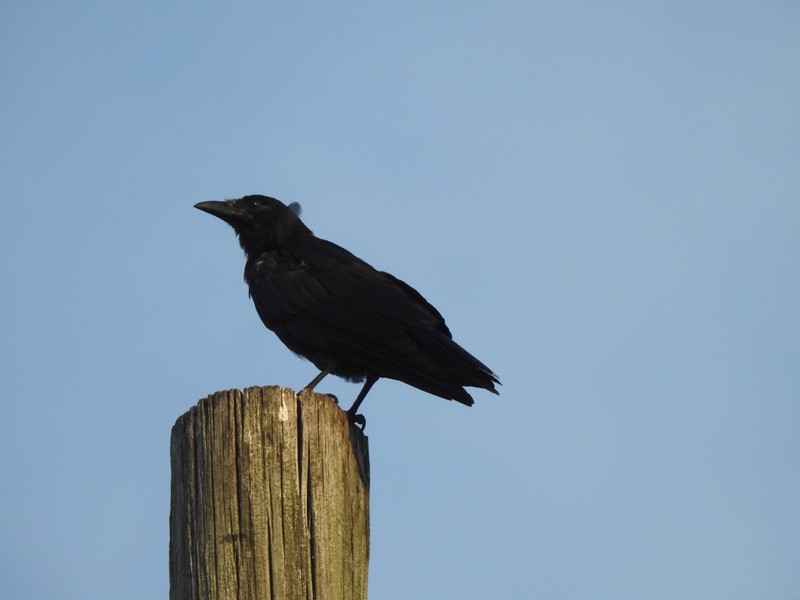 After a fairly extensive but doable commute on the 1 & 2 subway lines, the Babylon branch of the Long Island Railroad, and a quick uber ride, I arrived at Jones Beach State Park! Immediately, a beautiful SNOWY EGRET flew over: 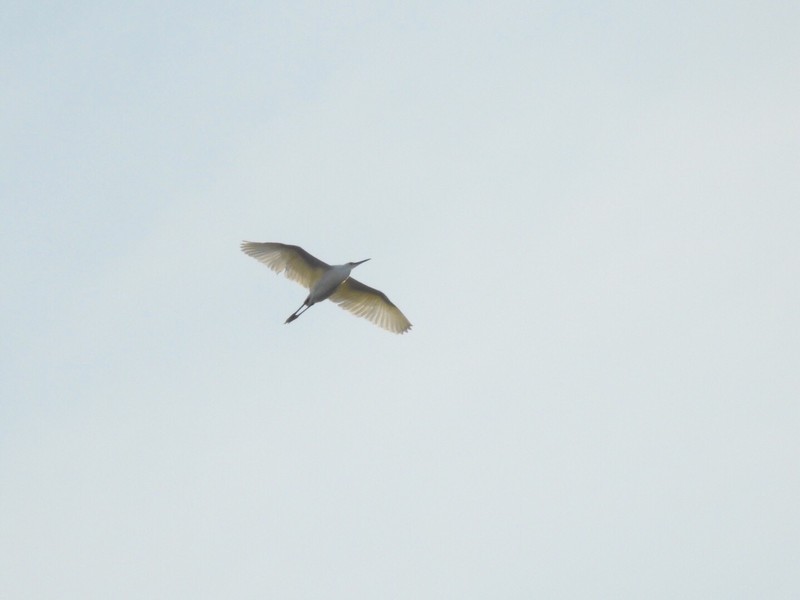 This LAUGHING GULL was on the scene, probably ready to feast on the crabs for breakfast: 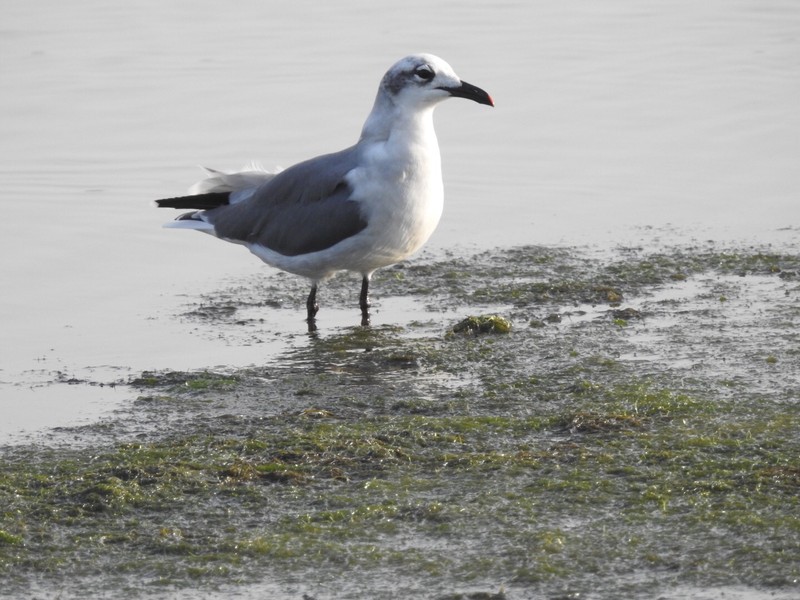 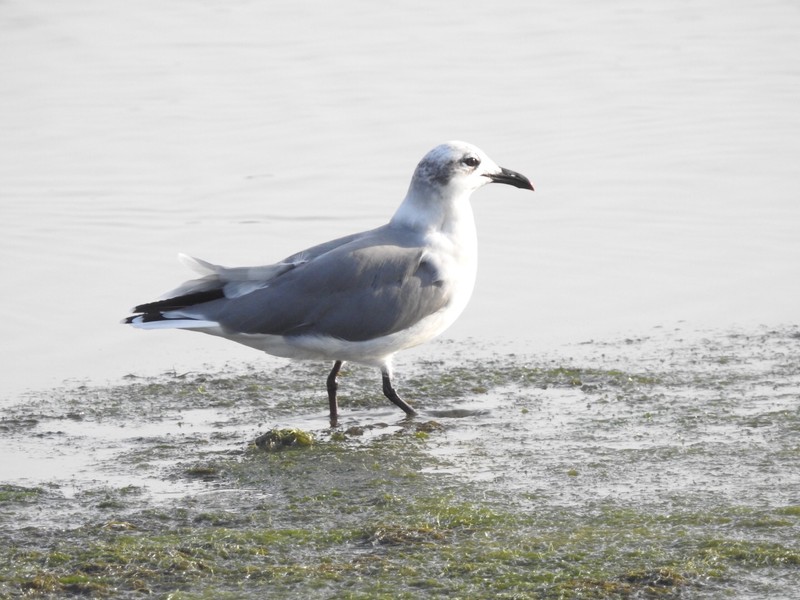 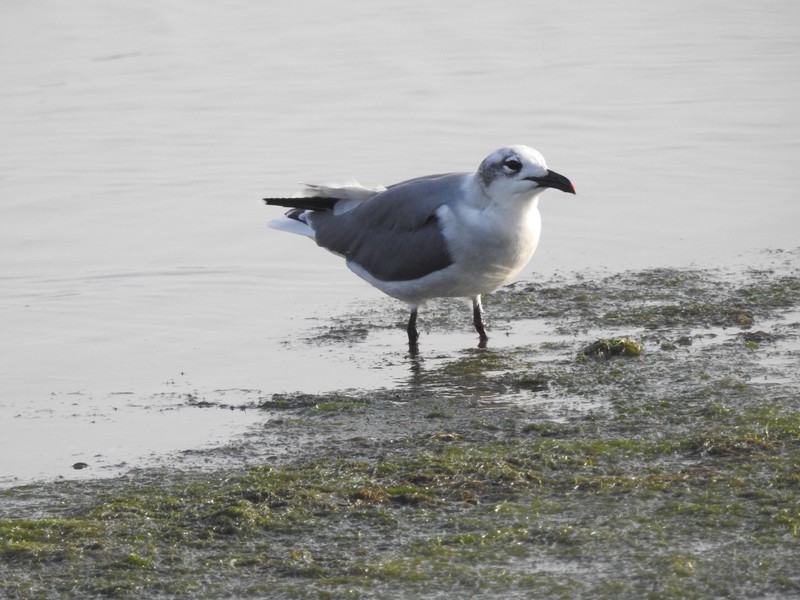 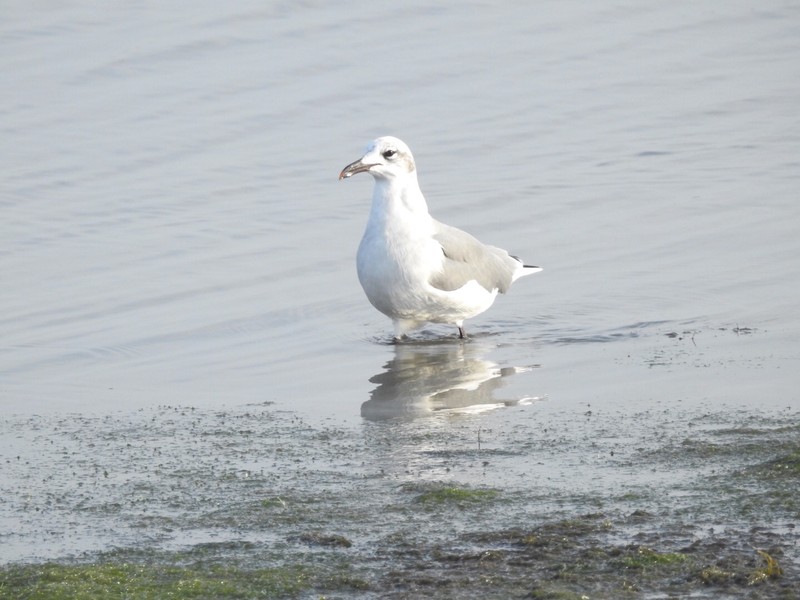 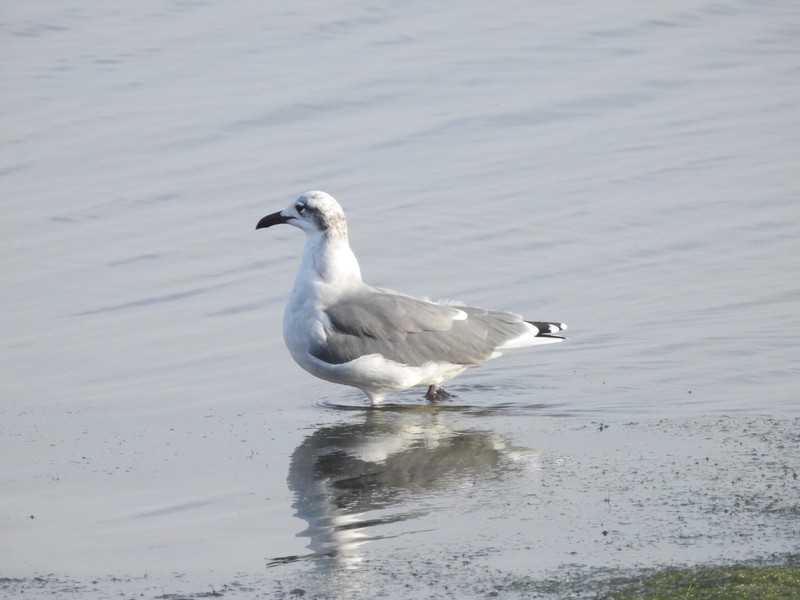 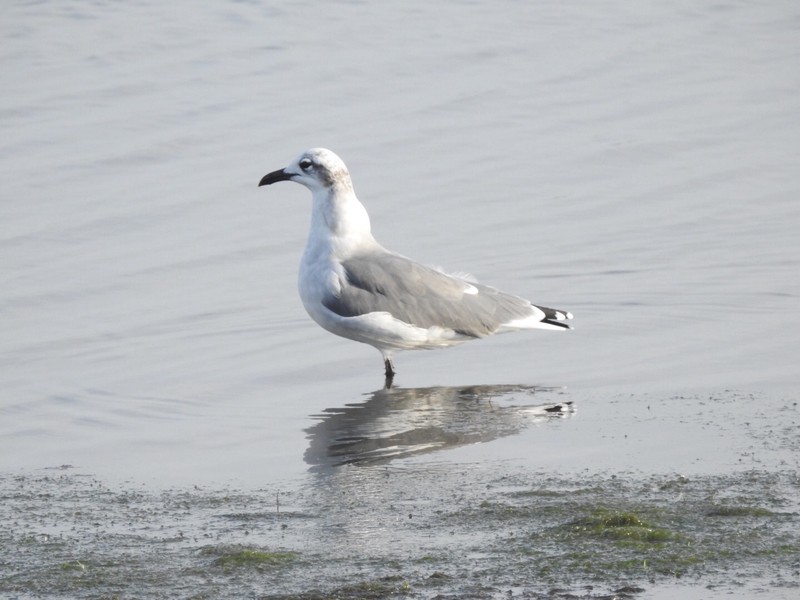 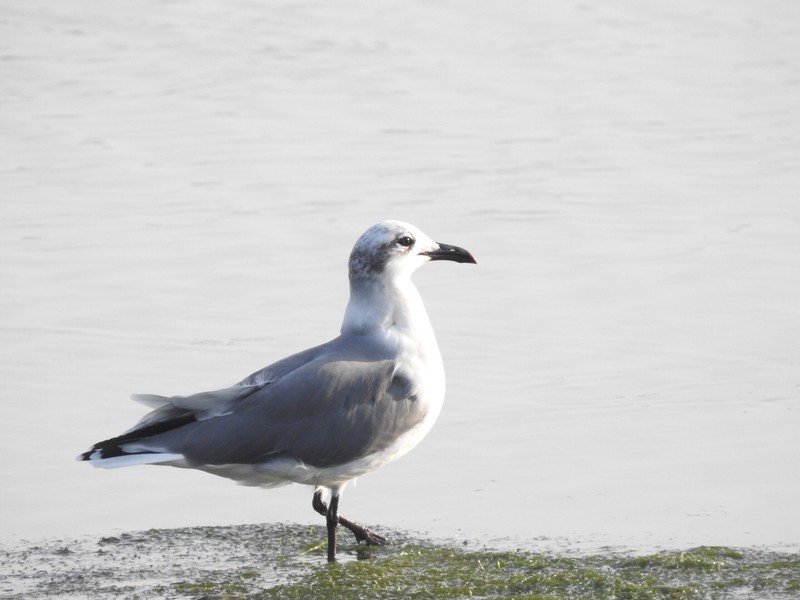 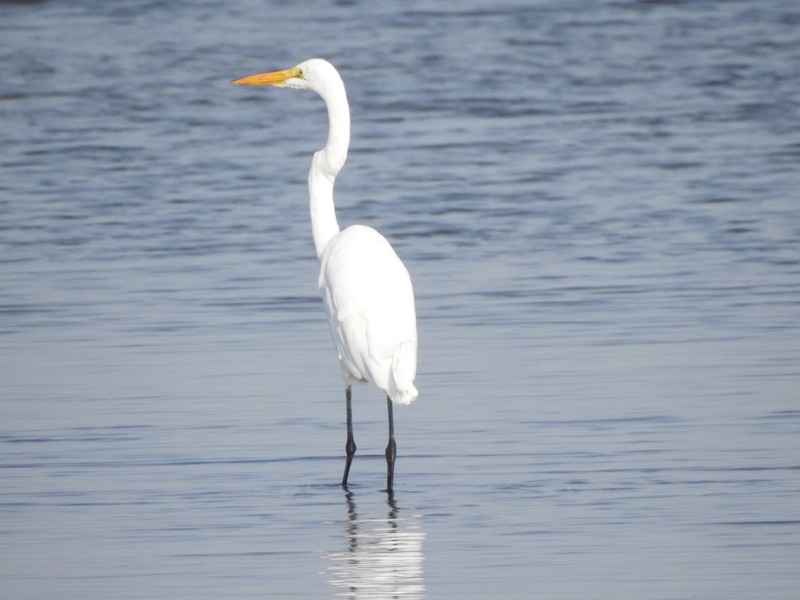 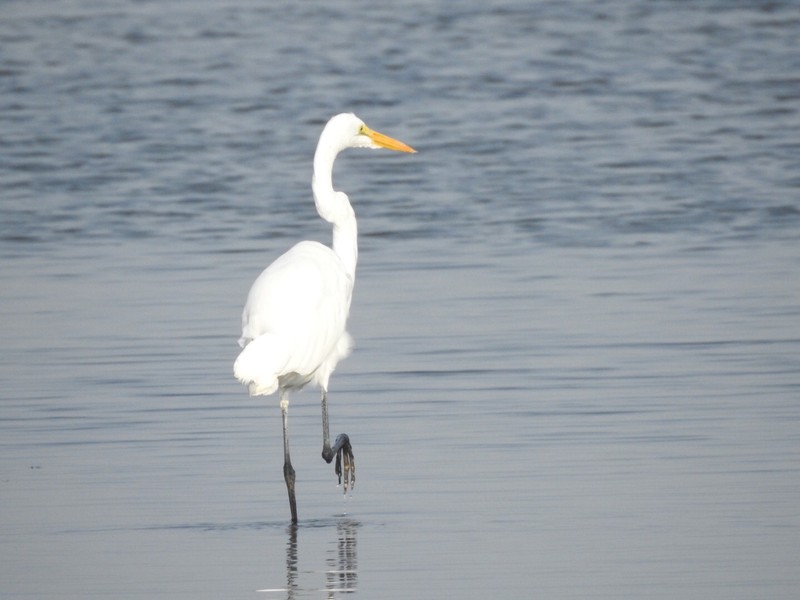 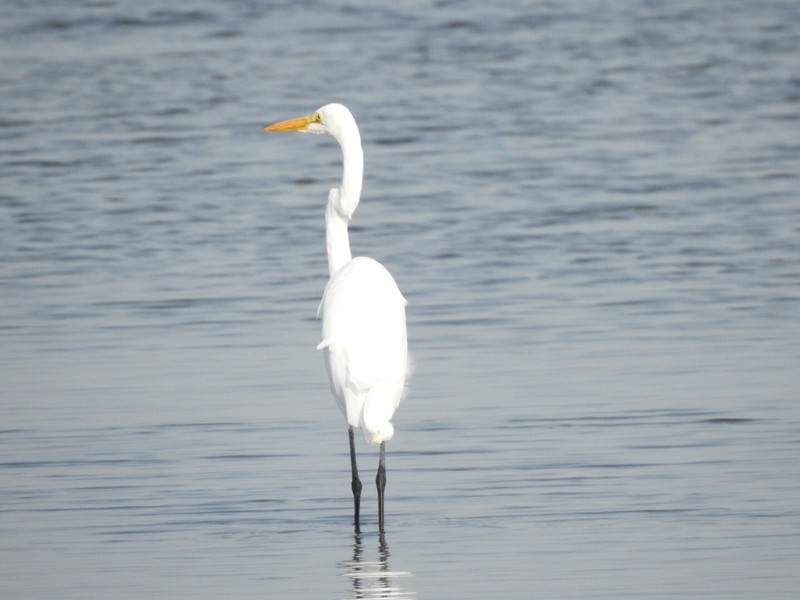 And here is the strangest NORTHERN FLICKER ever; I saw it multiple times foraging along the mudflat, probing its bill into the mud like a shorebird! Very interesting. 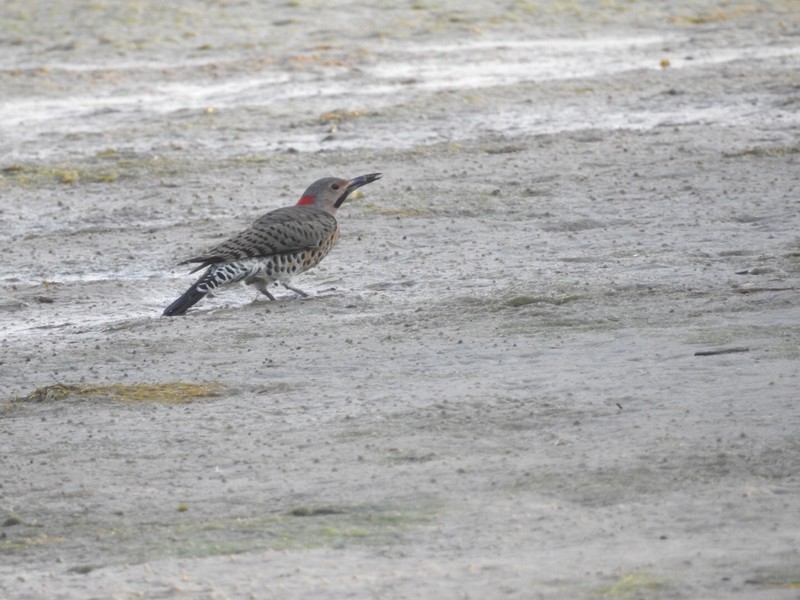 Then, as I walked along the rounded sandy spit where the Gull-billed Tern has been seen the last few days, I saw a largish tern flying in the distance over the bay. Could it be...? 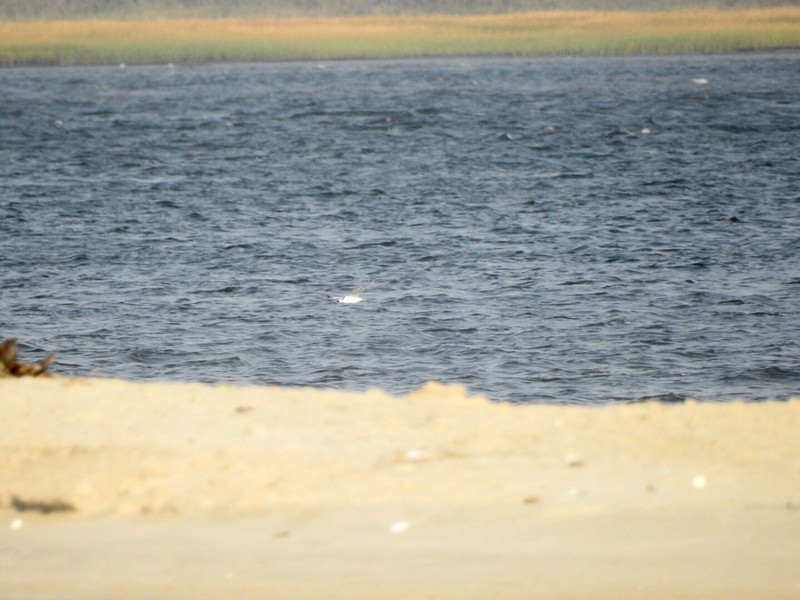 YES! Fairly large tern, pale body, thick all-black (somewhat gull-like) bill, and a patchy gray nape that extends to just in front of the eye (showing its transition for breeding to nonbreeding plumage). GULL-BILLED TERN! Too cool — I have probably gone on over a dozen adventures around the New York City & Long Island area in order to search for this elusive bird. 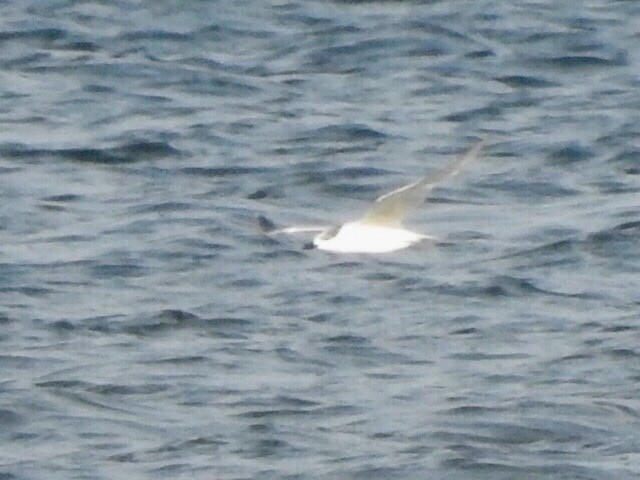 This is a very cool sighting because although this species nests in New York state, it is extremely patchy & local in distribution, and it is predominately found during the months when I am away for the summer. They are usually gone for the most part by mid-August so I was interested to hear about this bird staying for multiple days now in late September, and lo and behold it remained long enough for me! Super, super exciting.

Next, I saw its relative the BLACK SKIMMER skimming! 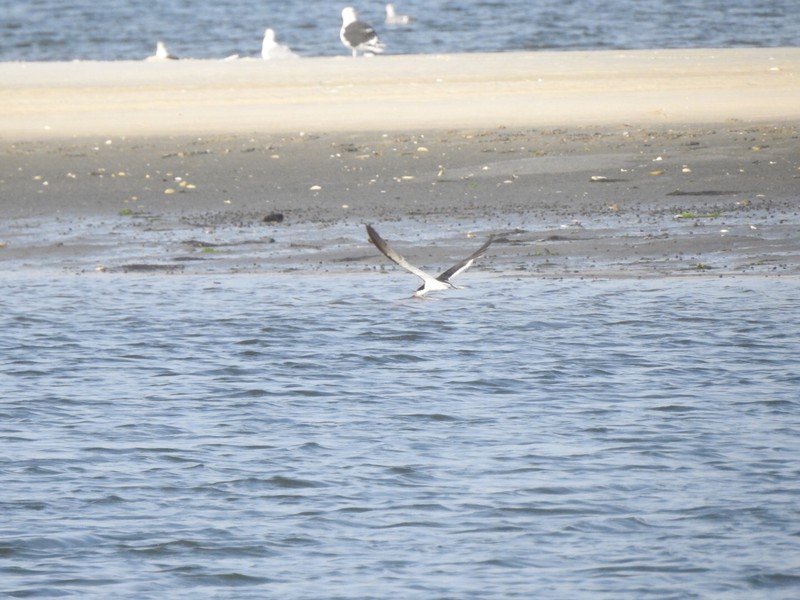 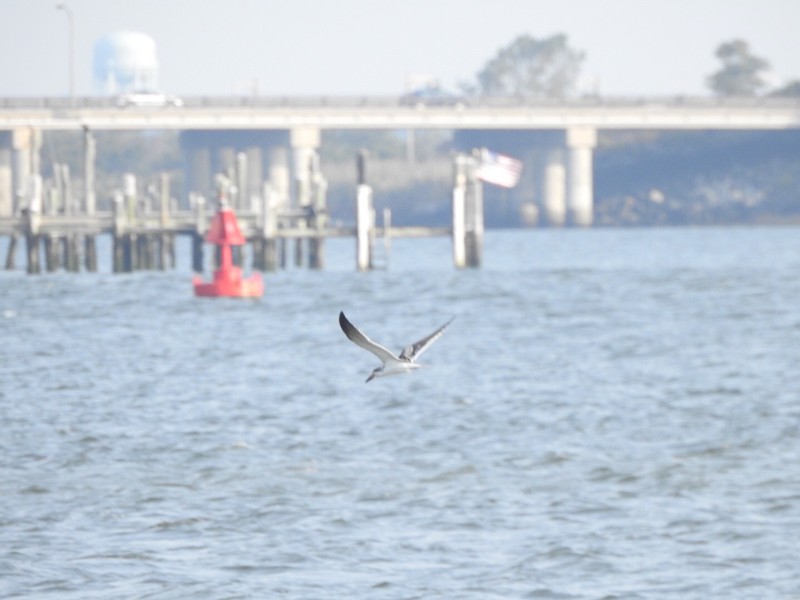 BLACK-BELLIED PLOVER — with a white belly because of the species’ rather ironic pale nonbreeding plumage. 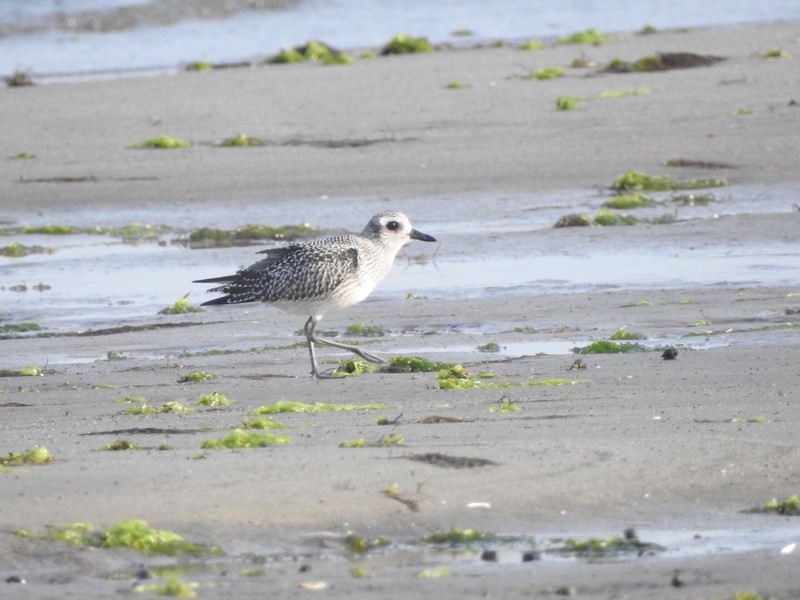 It was a beautiful day for birding — mainly clear skies & mid-70 degree temps. 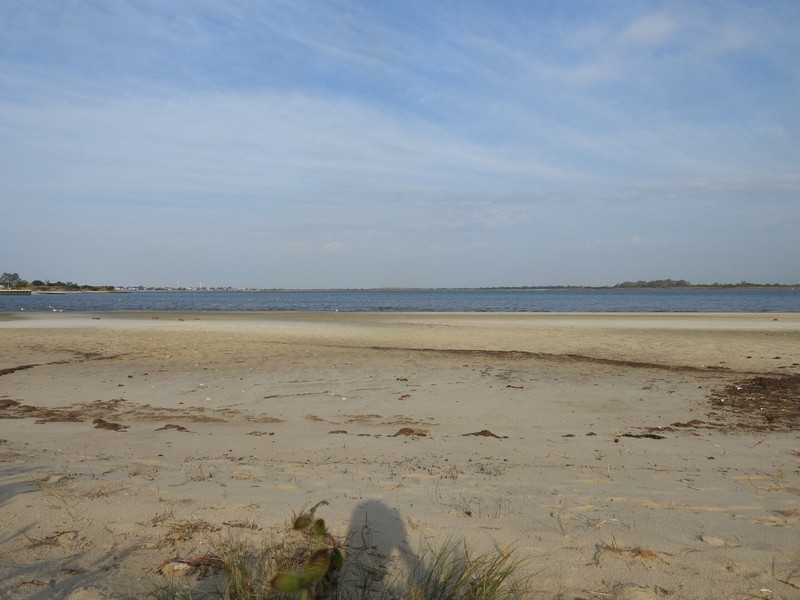 A few SANDERLINGS flew by: 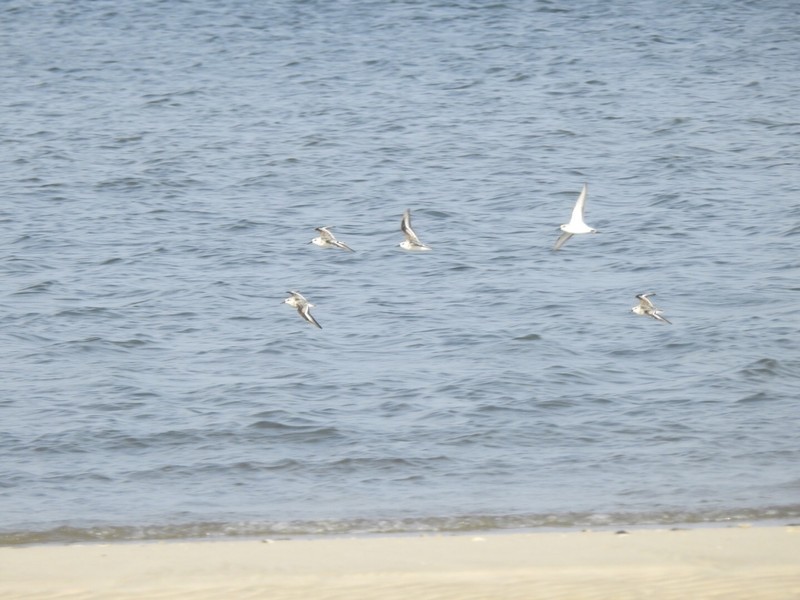 Distant FORSTER’S TERN, note the distinct black patch around & behind its eye which is found in its nonbreeding plumage. 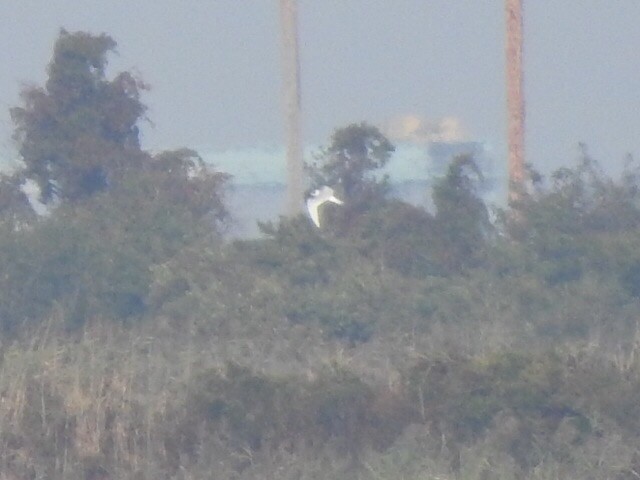 Now here is an interesting photo — I found the MARBLED GODWITS that had been reported recently, but they were extremely distant (and with a man in the background, hah!). The Godwits are the grayer shorebirds that are in the center-right part of the photo among the black-and-white AMERICAN OYSTERCATCHERS. Note that the smaller grayer birds on the sides are BLACK-BELLIED PLOVERS though. This is one of those occasions where a spotting scope would be immensely helpful, but the higher-quality scopes are not within my student budget, unfortunately. 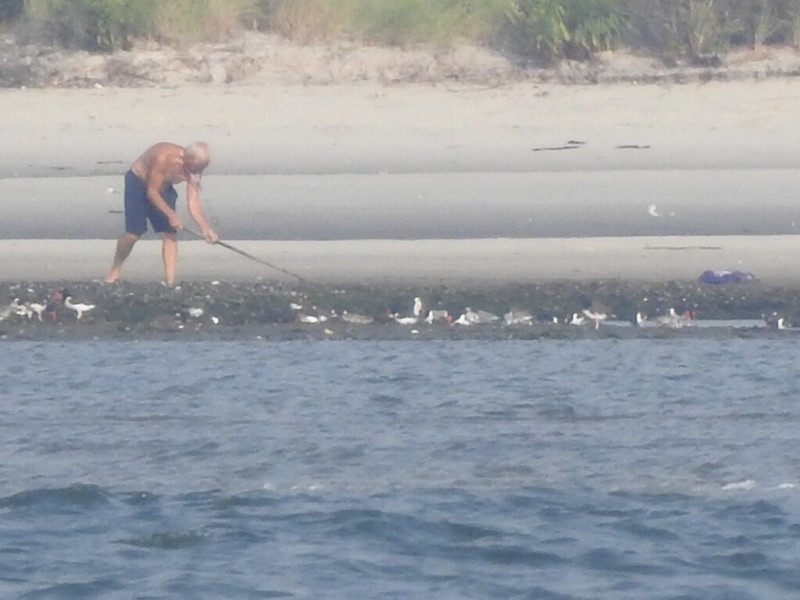 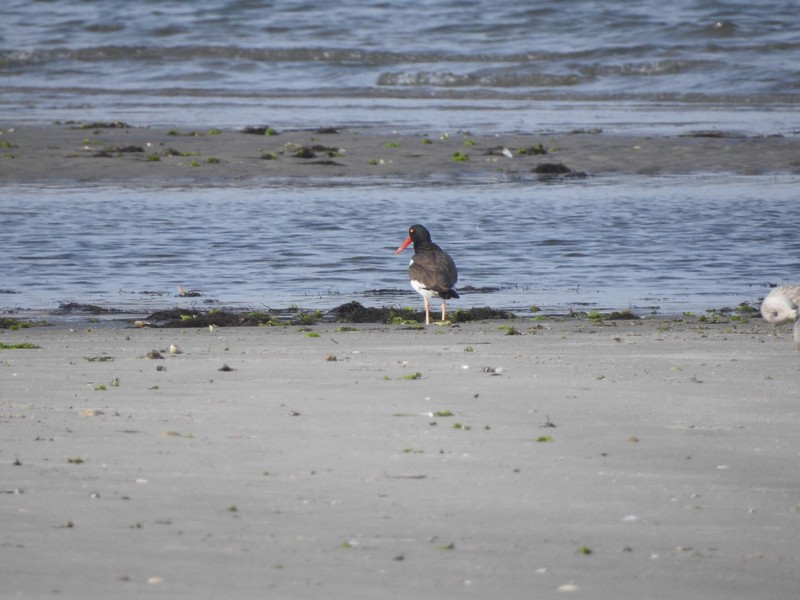 And with this CASPIAN TERN, I had pretty much found all the noteworthy birds that have been sighted at Jones Beach the last few days. Note the tern’s bulkier size, black cap, and red bill; it is the only tern to look like this in the fall/winter around here. 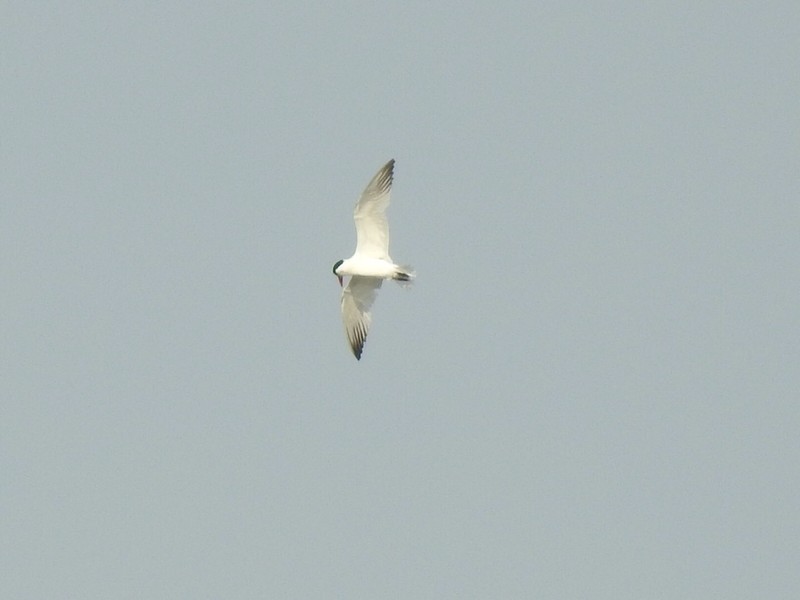 Having gained all of my target birds, it was a good time to call the uber and begin my commute back to Manhattan, it being a weekday and me having practicing & classes to attend. What a way to start my week, though! Bird-of-the-day to the Gull-billed Tern with runners-up to the Marbled Godwits & Caspian Tern. Stay tuned!

Posted by skwclar 09:52 Archived in USA

Nice Henry! I got a lifer as well this week in So.Cal., the Swinhoe’s (formerly Japanese) white-eye! An introduced species that I didn’t know existed here until a flock came chattering through the yard where we’re staying! Perhaps not ABA countable but it is for me!