Another stranger to Manhattan

Upon seeing a Manhattan Bird Alert for a Virginia Rail in a tiny pocket park in downtown Manhattan, I knew I had to try to find this out-of-place marsh bird. This is a tiny, secretive species which usually spends its days hunting invertebrates by slinking through tall marsh grasses — therefore it is seldom-seen, especially in such an urban environment as Bleecker St & 8th Ave.

After a bit of afternoon shopping, my girlfriend Tian and I arrived to Abingdon Square Park where the bird had been reported foraging along the vegetation along the fence line. Considering that this park was barely any larger than my backyard in Chicago, I thought this would be an easy bird to find. And...I was right! I immediately spotted a bunch of photographers splayed out on all-fours on the busy sidewalk, photographing this beautiful VIRGINIA RAIL which was indeed snooping through the park’s denser vegetation, as reported. Unfortunately, many people seemed to approach the bird too closely and the bird did seem rather disturbed at times — what a shame, because migrants have to deal with so much along their way, especially when a marsh bird like this is confronted with such an unknown environment. 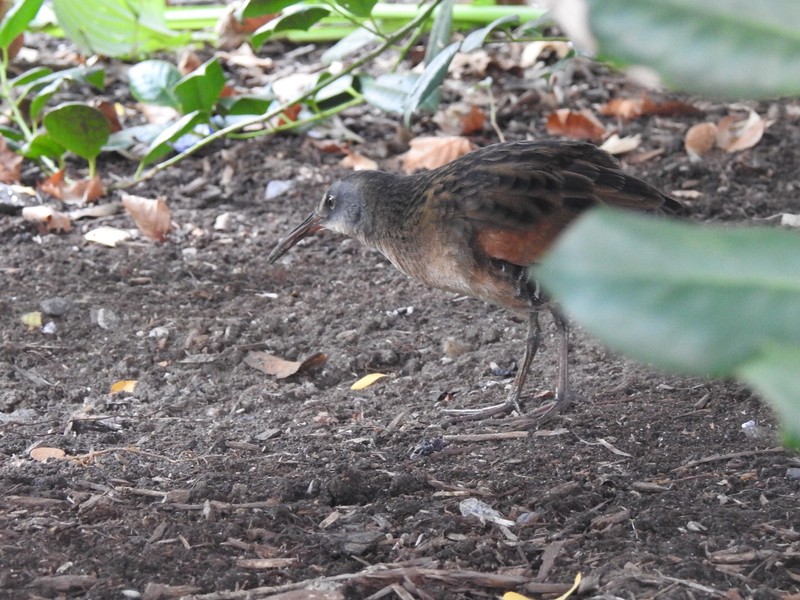 It gave beautiful views though and everyone was delighted to actually see this species, for once! 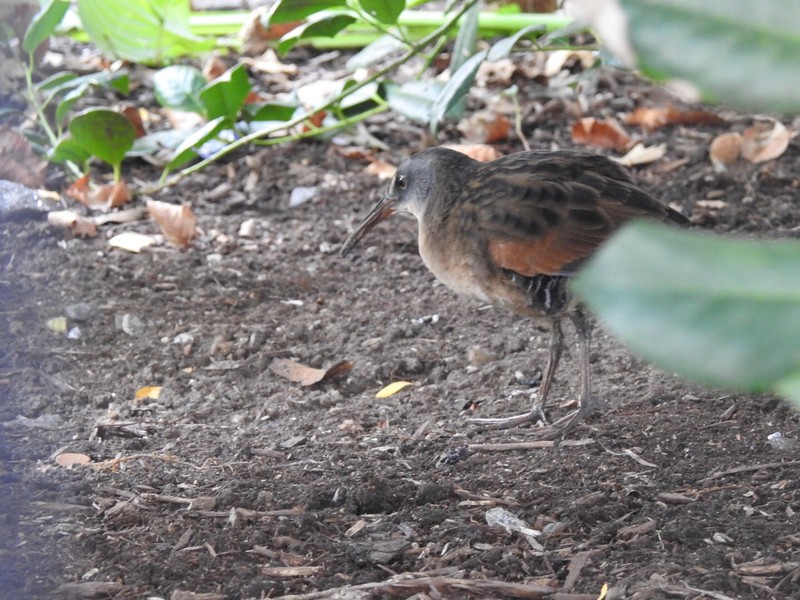 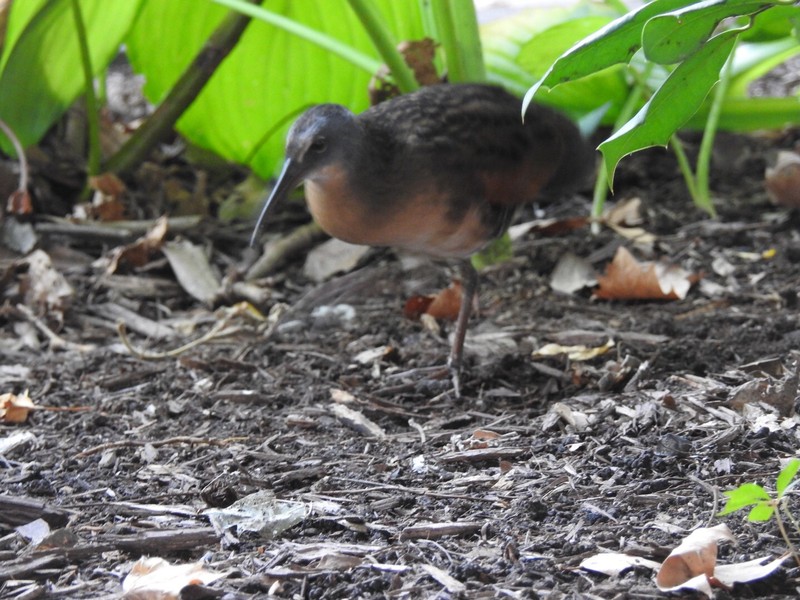 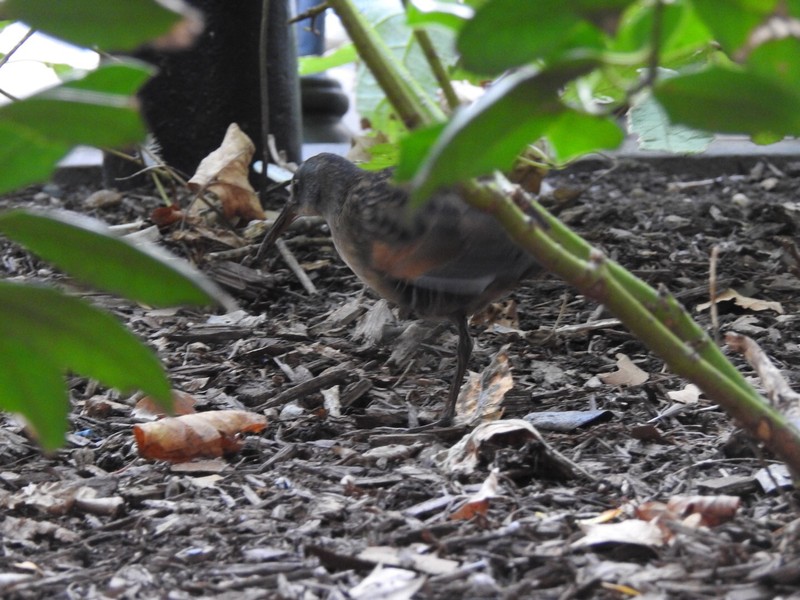 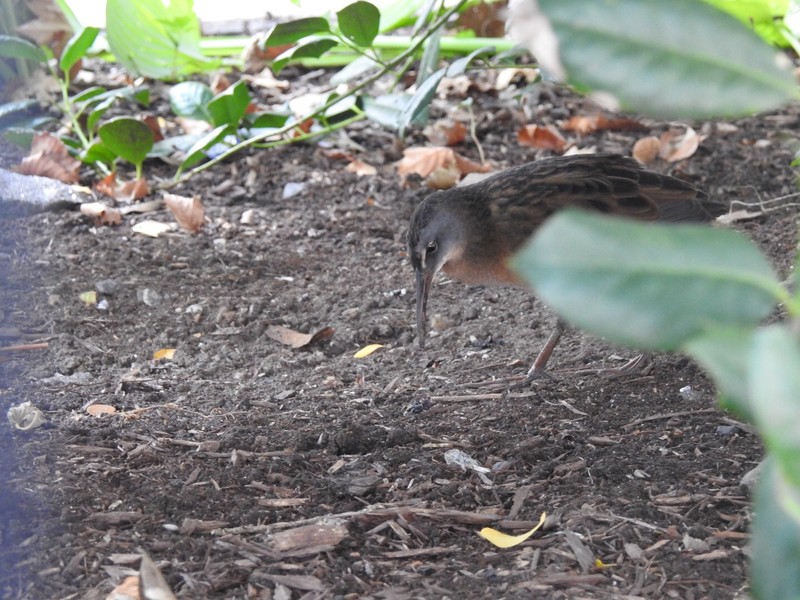 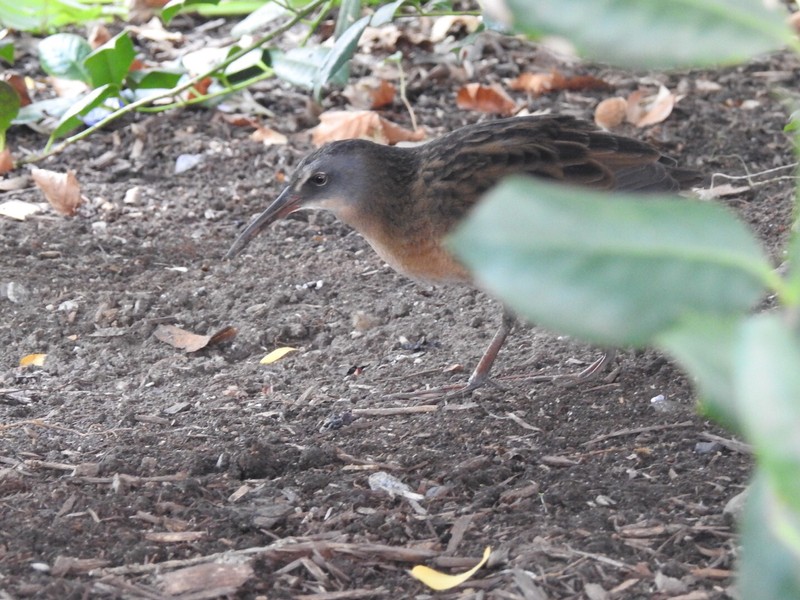 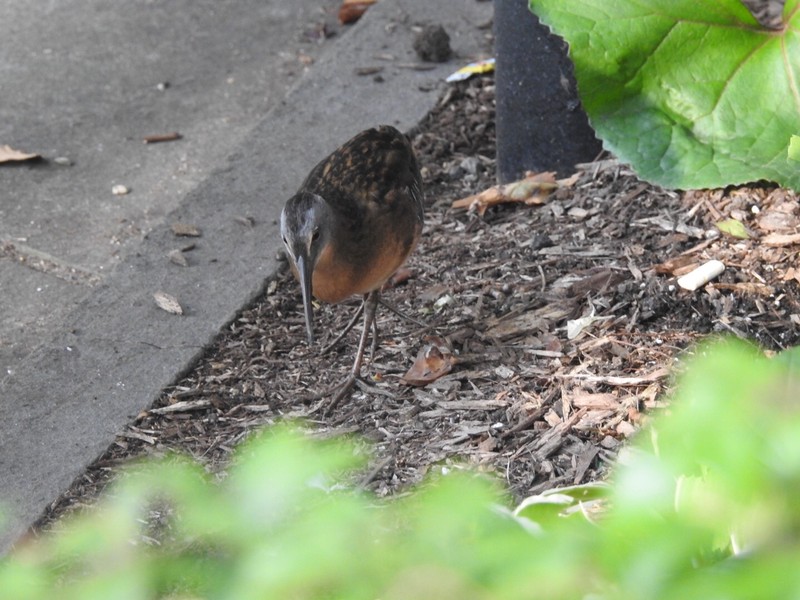 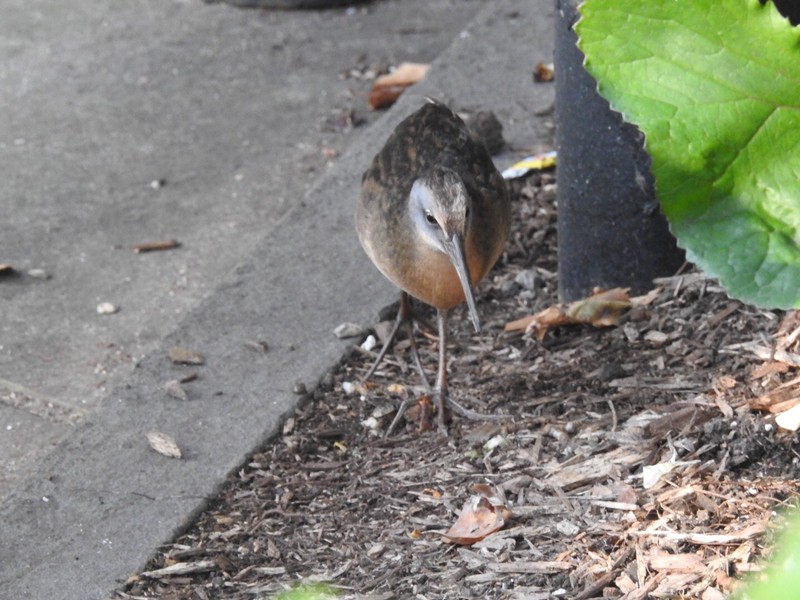 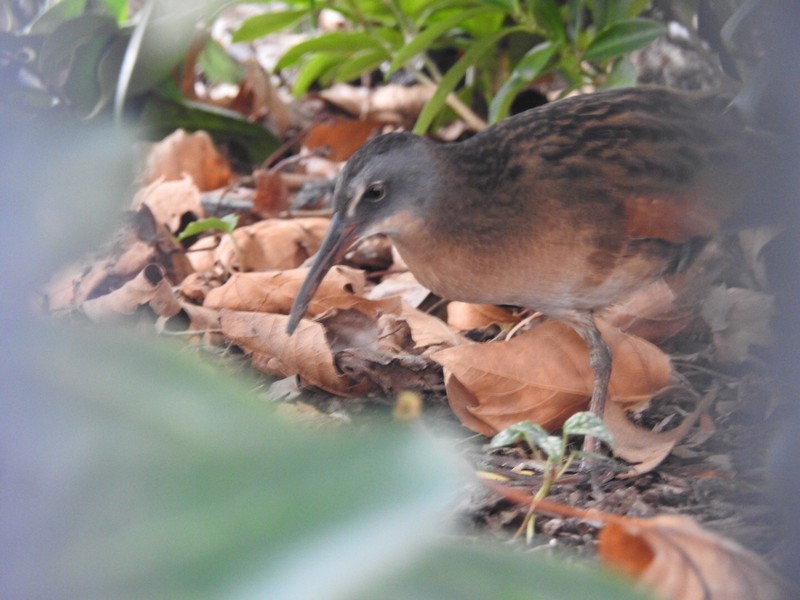 It soon snuck into a tight bed of hosta plants and was out of sight for the rest of my time there. This female BLACK-AND-WHITE WARBLER, though, attempted to steal the show — she certainly convinced me! (even if some other photographers were less than interested to have me point her out to them, lol) 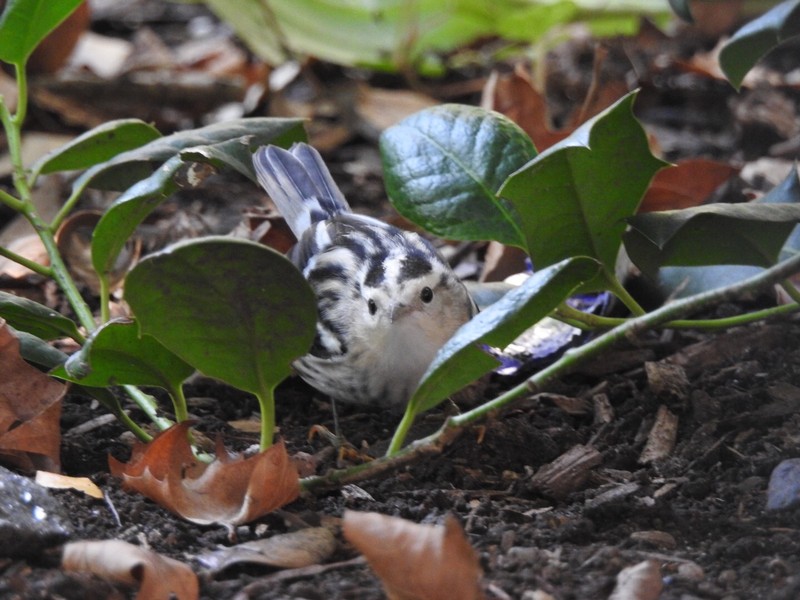 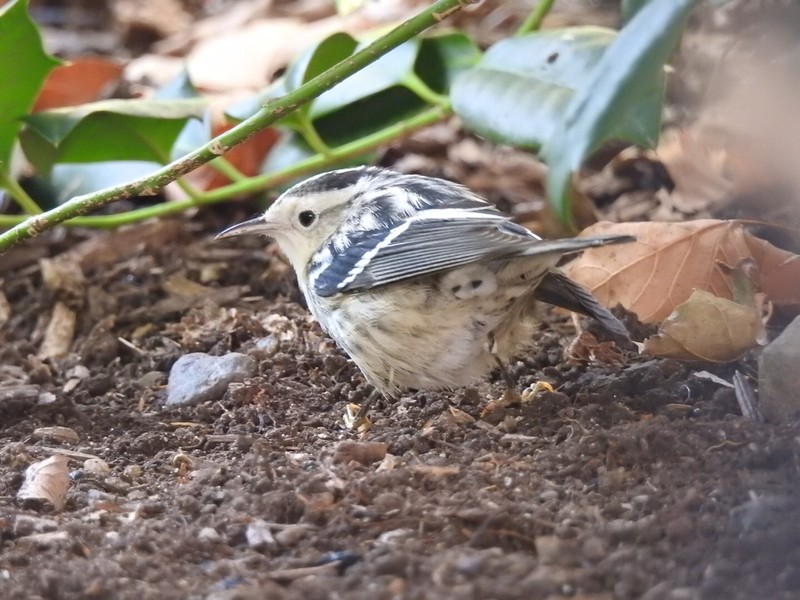 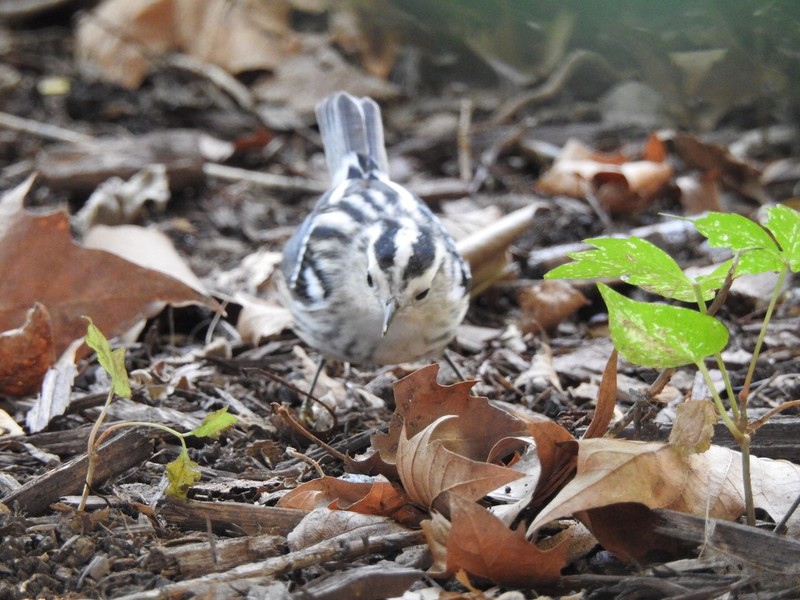 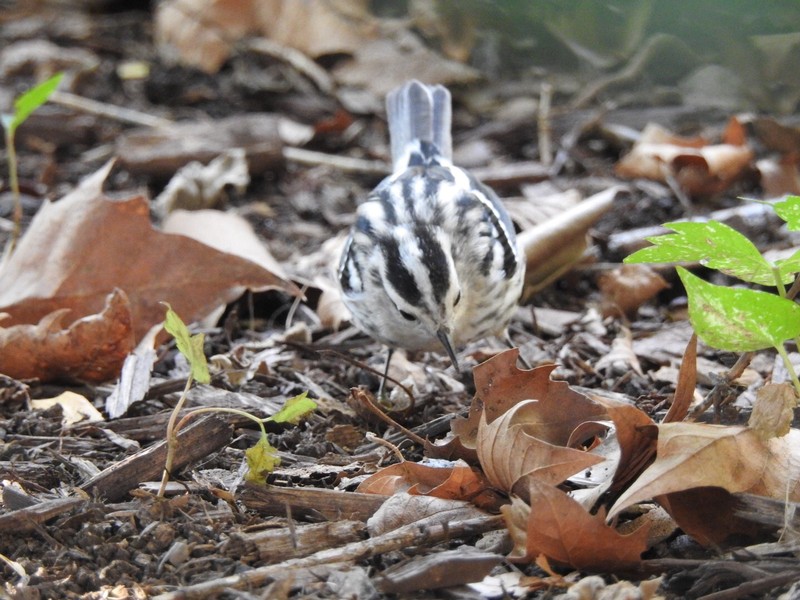 This COMMON YELLOWTHROAT was also in the vicinity. A nice assortment of birds for such a small park in such a busy area! 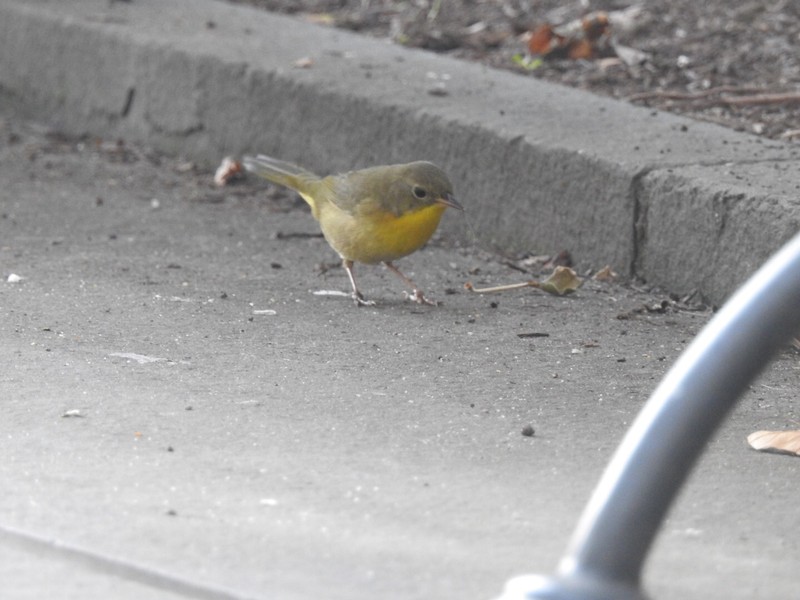 Then, Tian was tired so she took the 1 train back to school while I continued on the A & C trains to get to the North Woods of Central Park where I had heard about some decent avian activity this morning. In the “Pool” (an algae-covered pond adjacent to 103rd St), I saw a group of MALLARDS. But wait, are those two in front what I think they are? 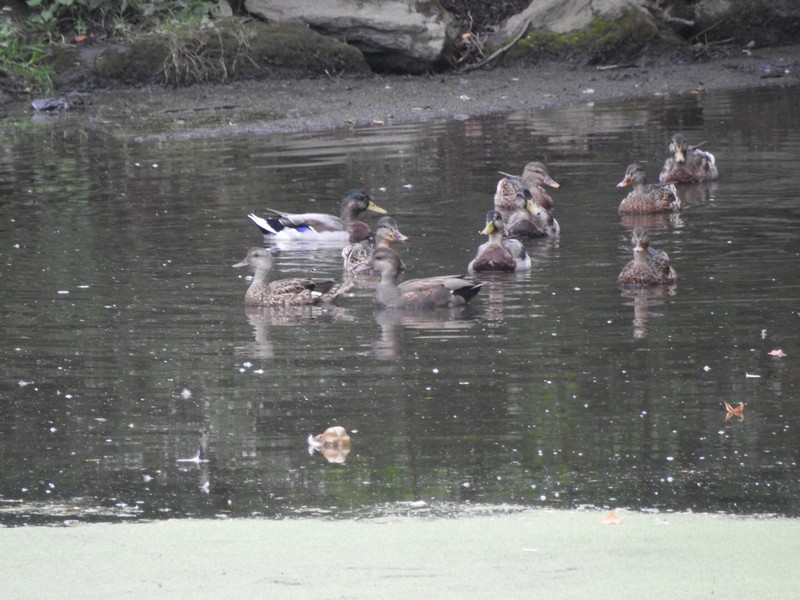 Yep! GADWALL — notice the different, more elegant plumage & thinner bill. Surprisingly, this species tends to stick around the north part of Central Park fairly often. I wonder if they have ever nested... 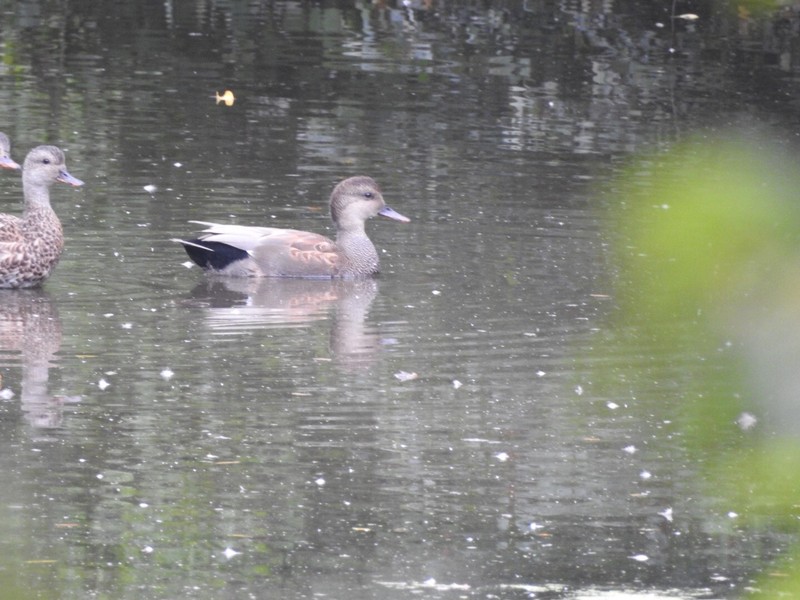 As I entered the Central Park Ravine (in my opinion, the most beautiful part of the park, made to look like the Adirondacks), I found an early-ish WINTER WREN working along the water’s edge. Very cool! 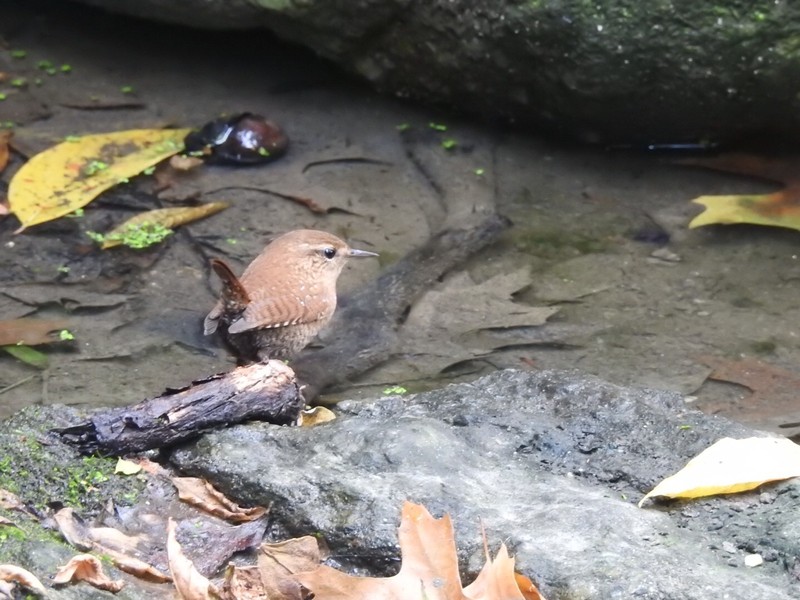 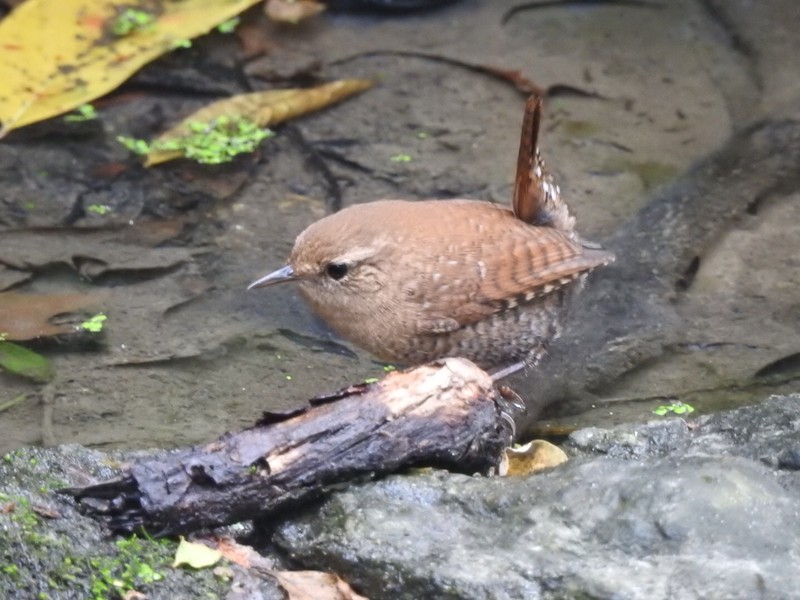 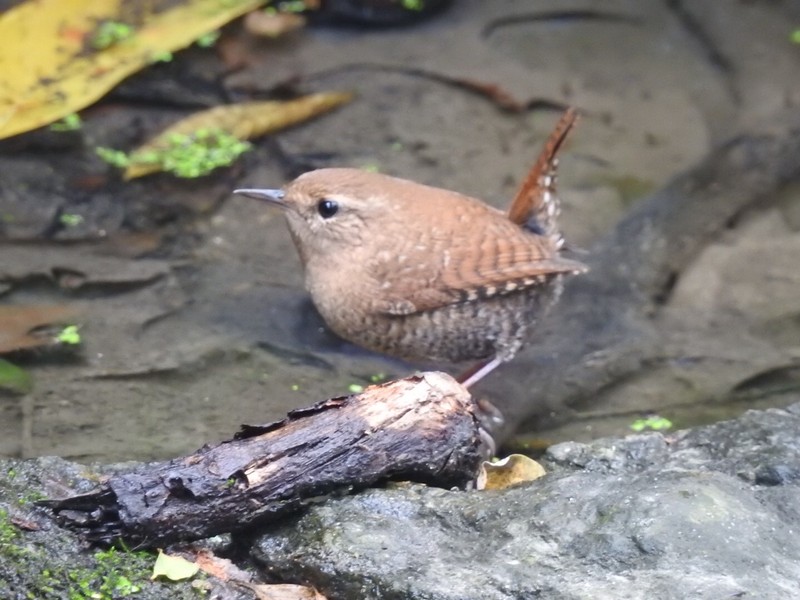 There were warblers around too, including this high-up AMERICAN REDSTART: 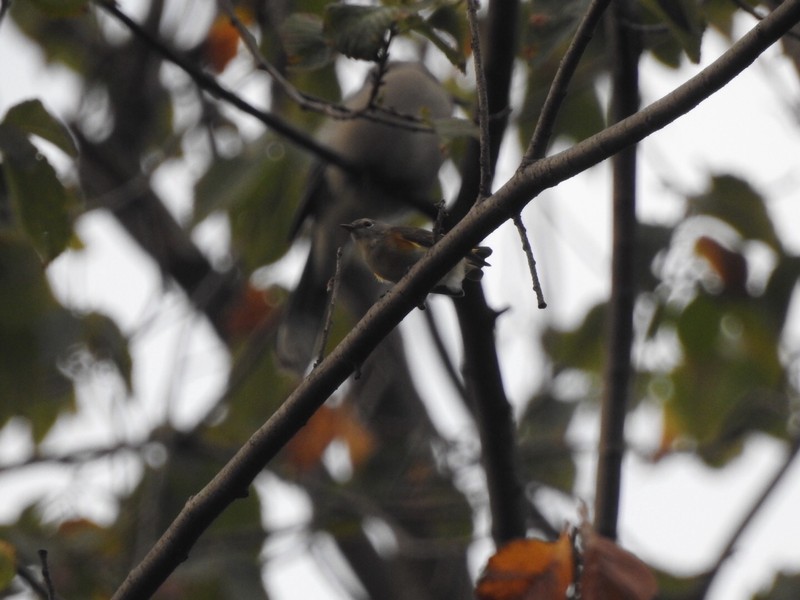 This RED-TAILED HAWK flew over briefly: 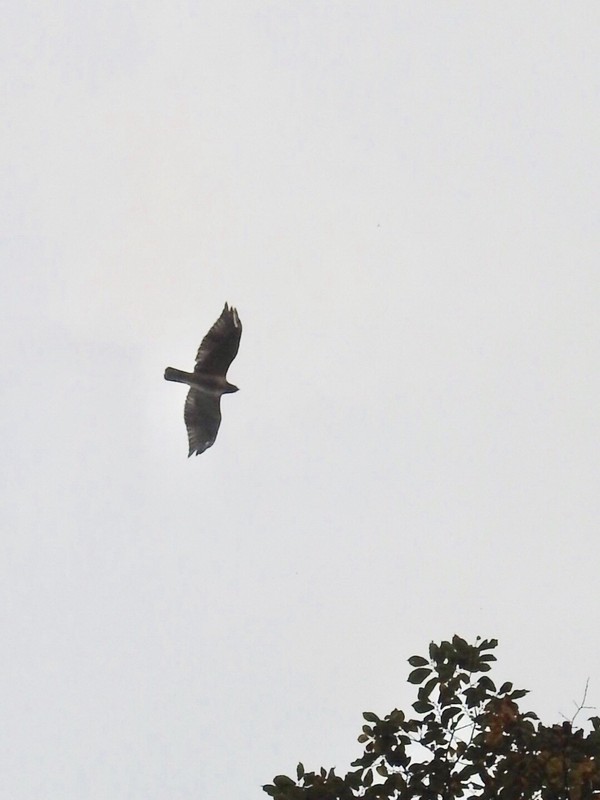 Although the numbers were not exceptionally high, several warblers were just delightful to observe. Here is a rare sight: a BLACK-THROATED BLUE female & a BLACK-AND-WHITE male posing for a photo together. Surprising, because usually even different-species warblers will chase each other if they get too close. 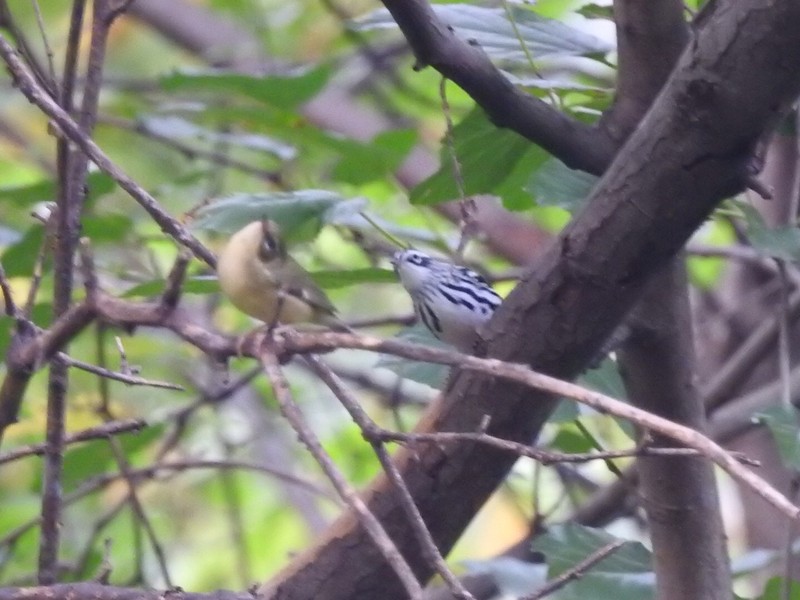 The Black-and-White allowed for some nice shots: 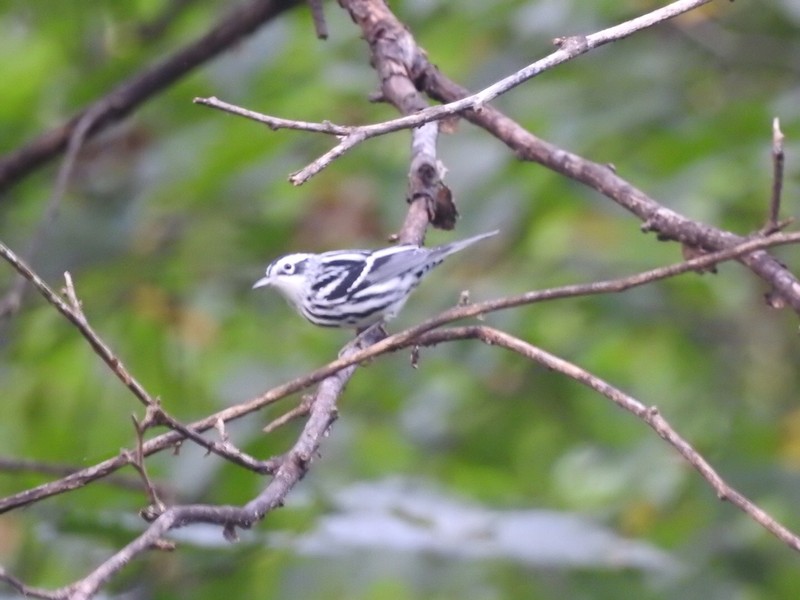 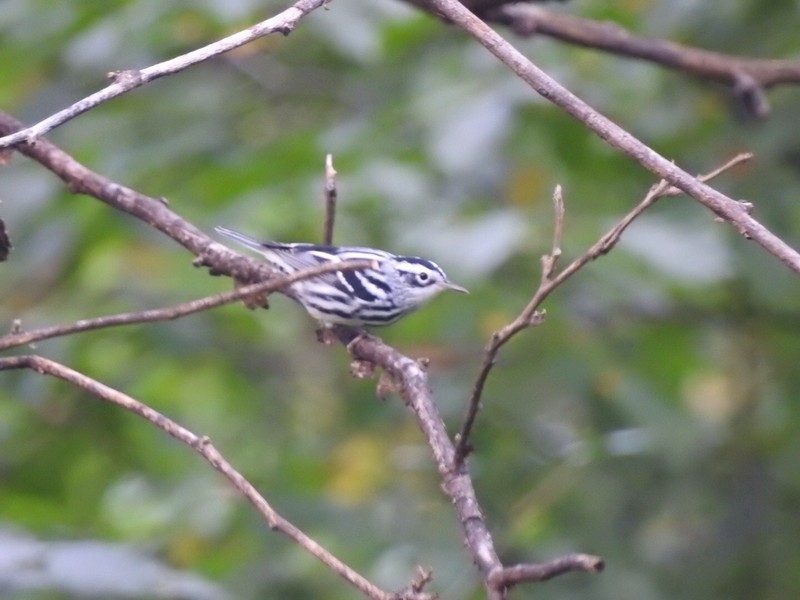 Another bird I was hoping to see today, the TENNESSEE WARBLER, posed exceptionally well. The only reason the focus isn’t perfect on these photos is because it was starting to get dark in the early evening and the thick canopy of the North Woods doesn’t help the situation. 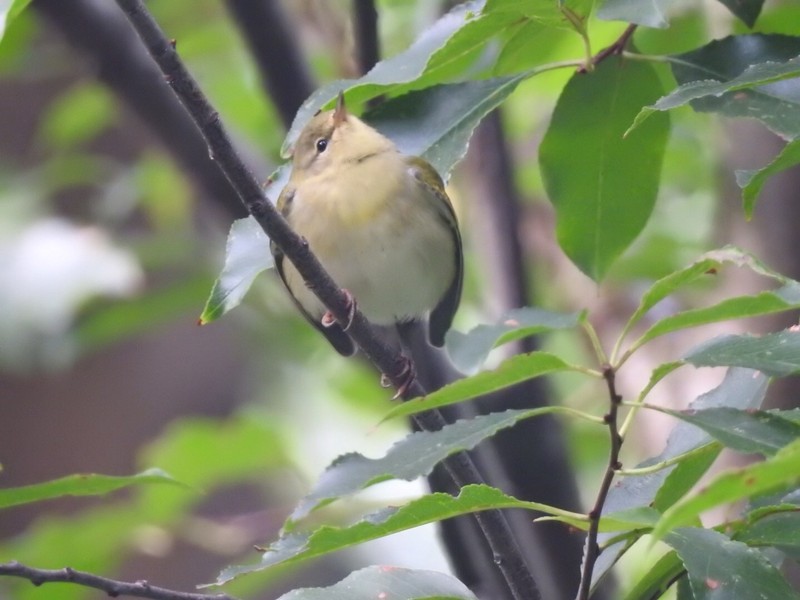 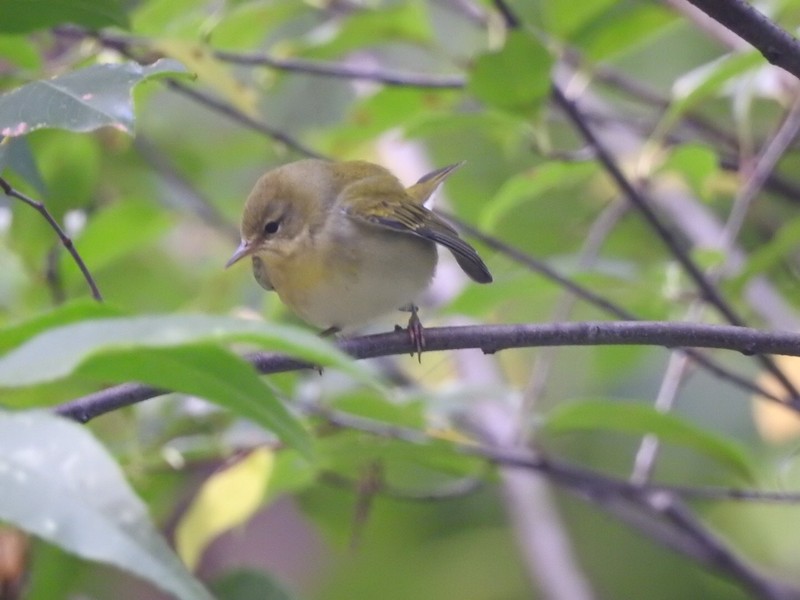 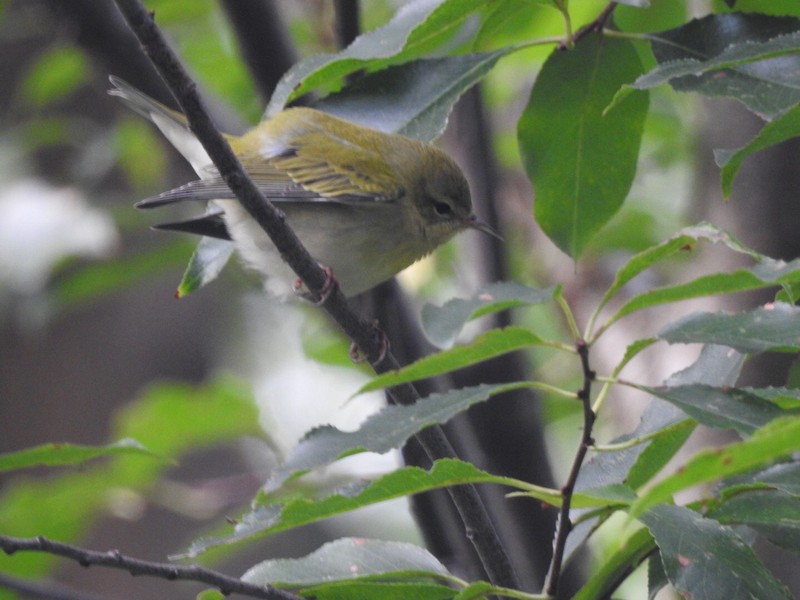 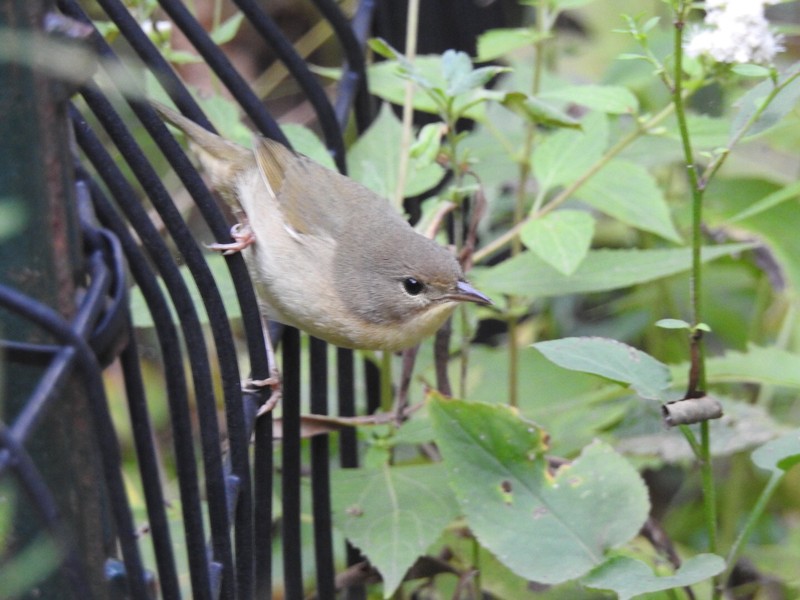 And female BLACK-THROATED BLUE WARBLER to end my walk: 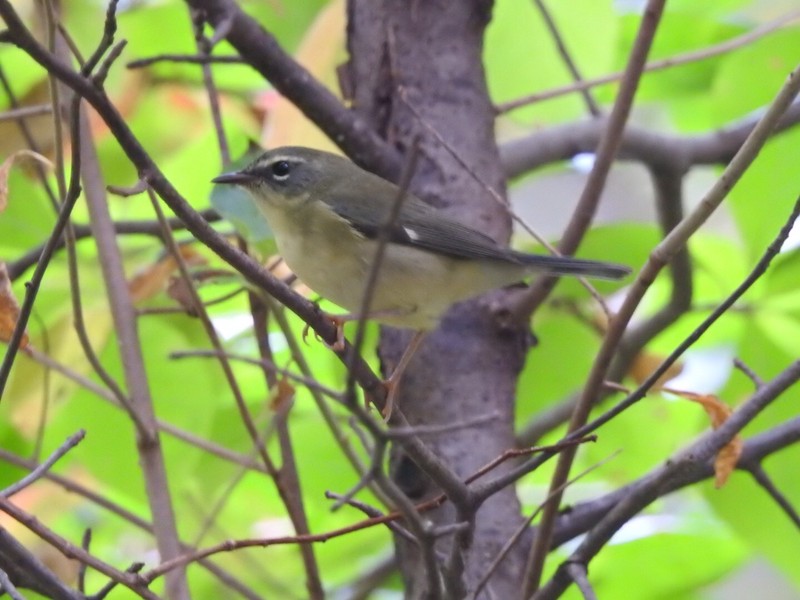 An exceptional day! Bird-of-the-day to the Virginia Rail with runners-up to the Winter Wren & Tennessee Warbler.

Posted by skwclar 20:27 Archived in USA