Queen of the Kings

Today, I went on a wild eider chase across Long Island for one long-awaited life bird: the King Eider, a species of sea duck found in the northern Atlantic which has recently been sighted at a place called Orient Point (97 miles away from New York City). I woke up at 6:55 in order to catch an 8:12 train out to Ronkonkoma, and eventually Greenport on the far eastern end of the island. When I arrived at Penn Station, though, I learned to my dismay that the schedule was different this weekend due to track work, and the next train out to Ronkonkoma & Greenport wouldn’t be until 12:15! How frustrating. So, I had to improvise — I soon deduced that if I waited for an 8:42 train to Jamaica and eventually Patchogue (on the opposite shore from where I wanted to go), I could catch two buses after deboarding at Patchogue and make it to Orient Point in the early afternoon. My commute out from Manhattan School of Music to Orient Point would take 6 hours and 25 minutes (!) in total. It would be quite a day — read on to see if I found the duck!

Although I did manage to make all of my tight train & bus connections in the morning, it was still a gigantic commute. At the eastern end of Long Island, the island actually splits into two peninsulas: Orient Point and Montauk Point. I had been out to Montauk before but this was my first time traveling to Orient Point — during the bus ride, one of the things that stuck out to me most about the area was an absolute abundance of wineries. They were everywhere you looked!

Once I finally arrived at Orient Point at about 1:30 in the afternoon, I walked along the shoreline to the exact tip of the point where the King Eider has been seen. Almost immediately, I find their more expected cousins the COMMON EIDERS: 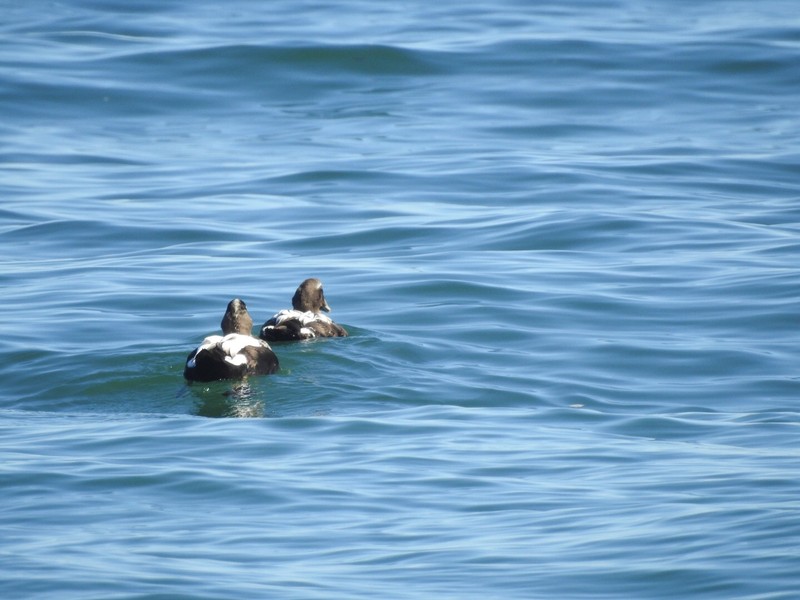 A group of BLACK SCOTERS flew by, my first of the season: 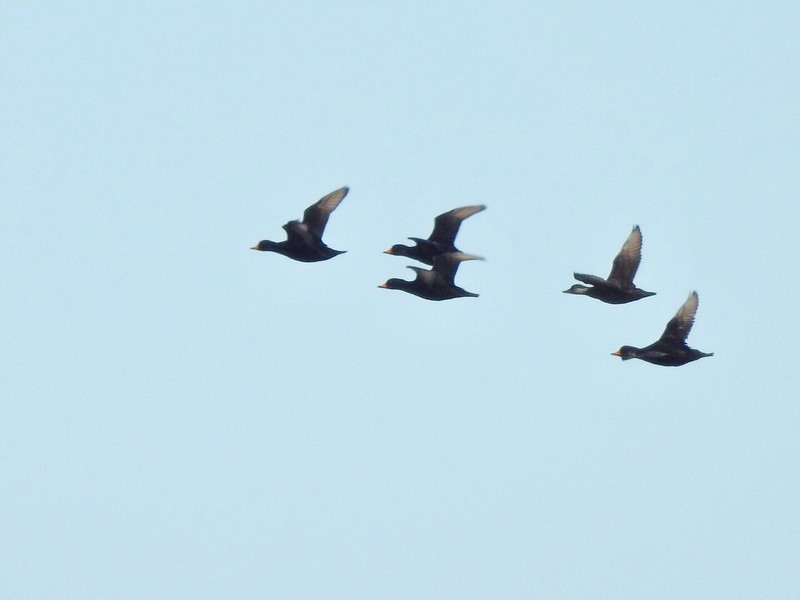 And a few female WHITE-WINGED SCOTERS were swimming near the eiders: 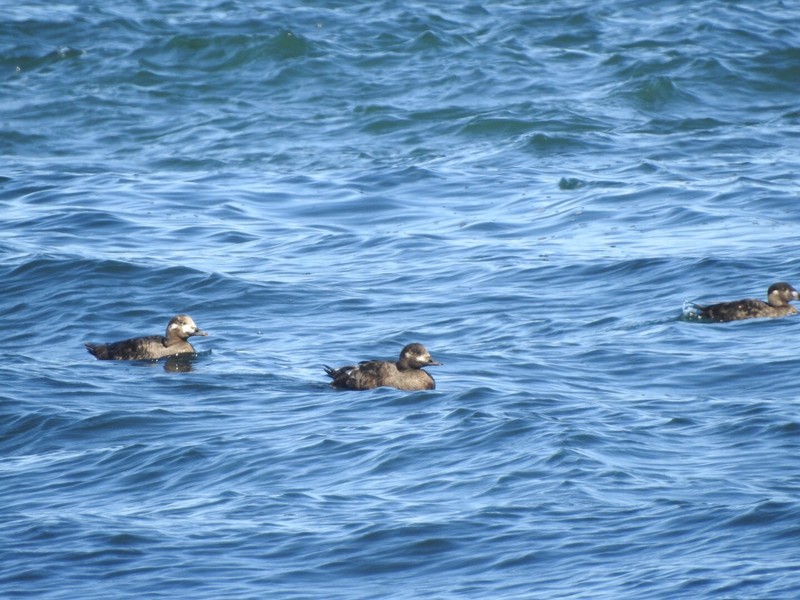 As well as a beautiful male: 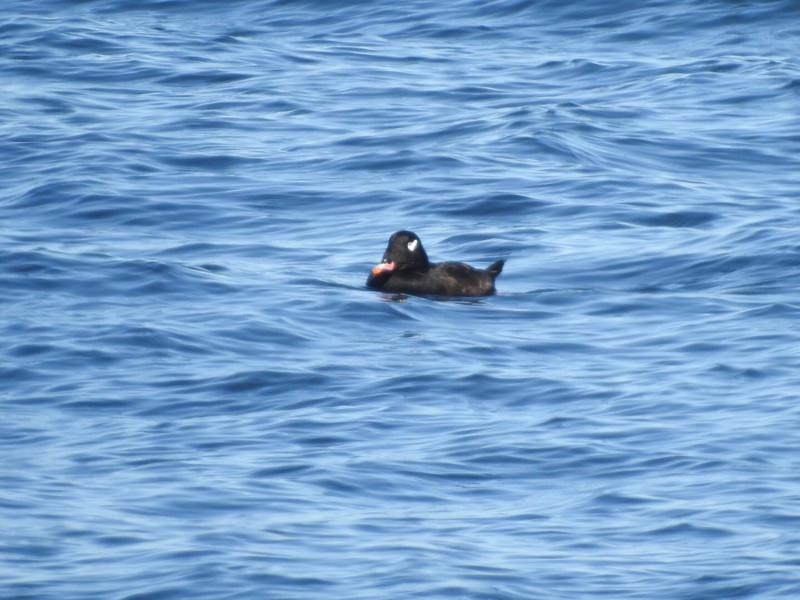 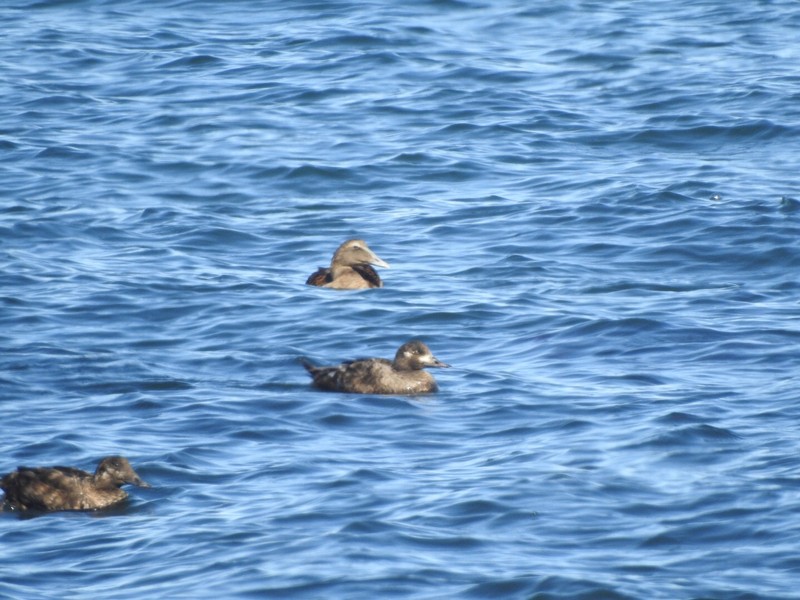 A nice close look at the female COMMON EIDER — still, no luck finding the King Eider. 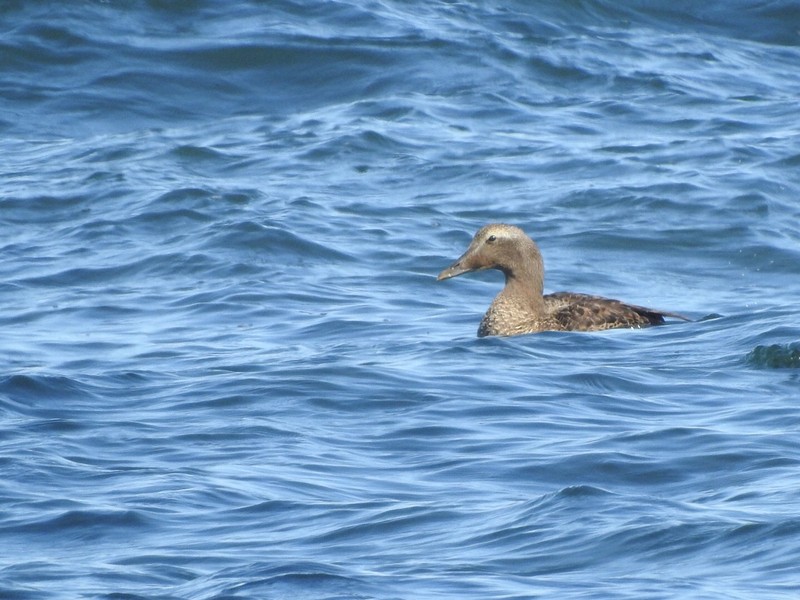 Ok, you’re going to have to believe me on this one — at one point I saw a dorsal fin of a Shark species swimming toward the point! I followed it for about a half of a minute but I could unfortunately never find it in my viewfinder. This is the little disturbance at the surface right after the shark fully submerged: 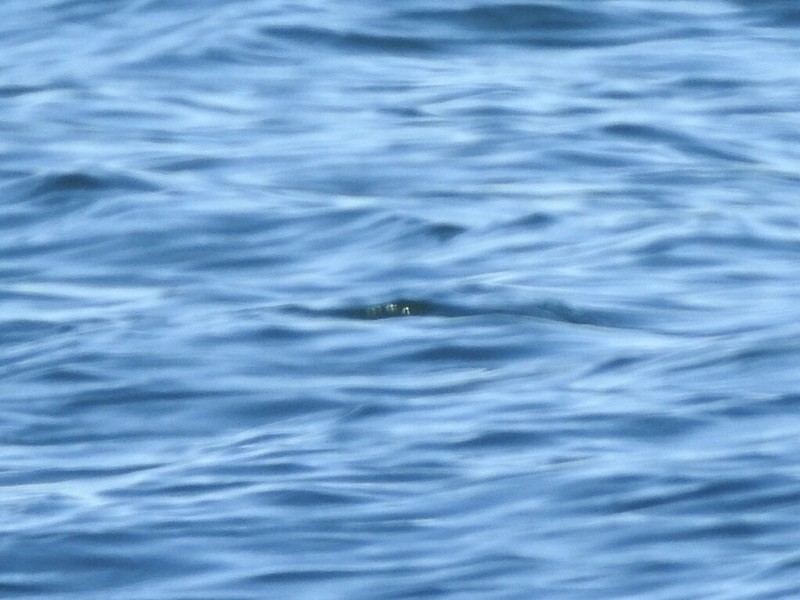 A few LAUGHING GULLS flew by, including this one: 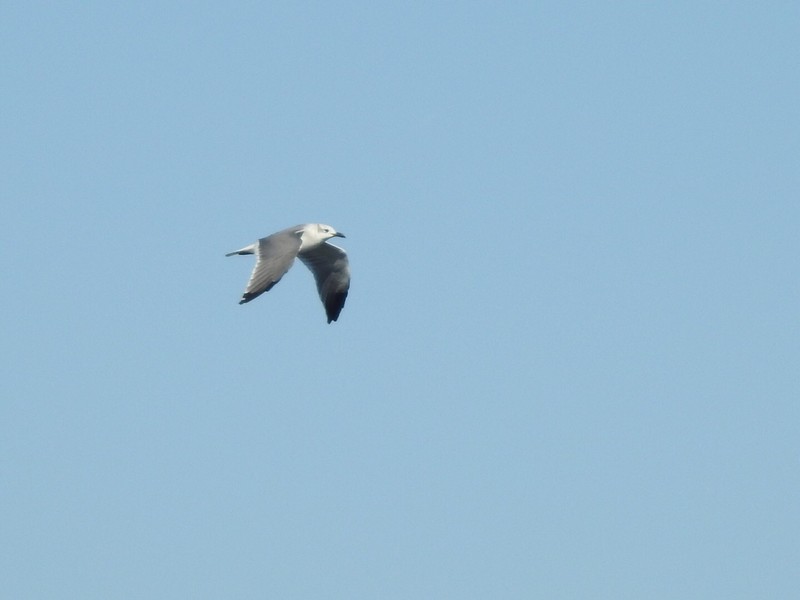 Pair of WHITE-WINGED SCOTERS. At this point, I was joined by a very kind birder named Jody who joined forces with me to scan for the reported King Eider. 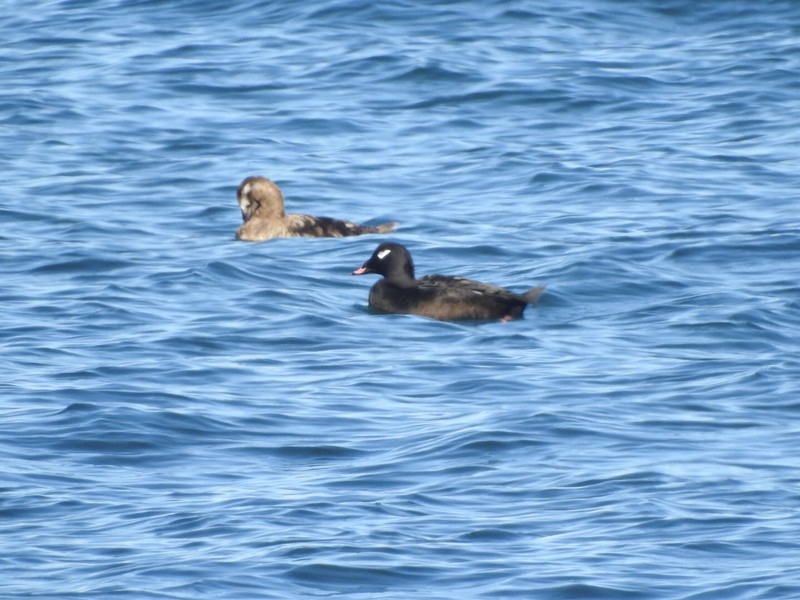 At this point, the COMMON EIDER flock was a bit farther afield, scared off by some kayakers: 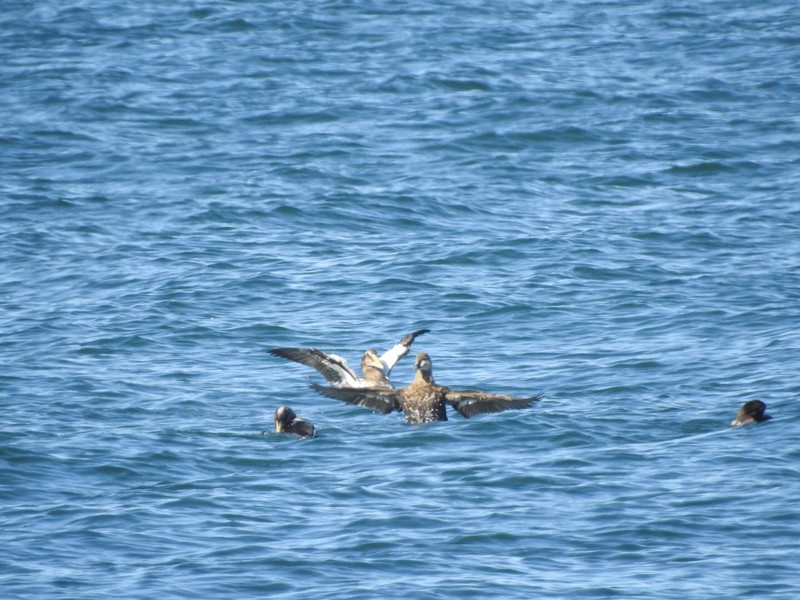 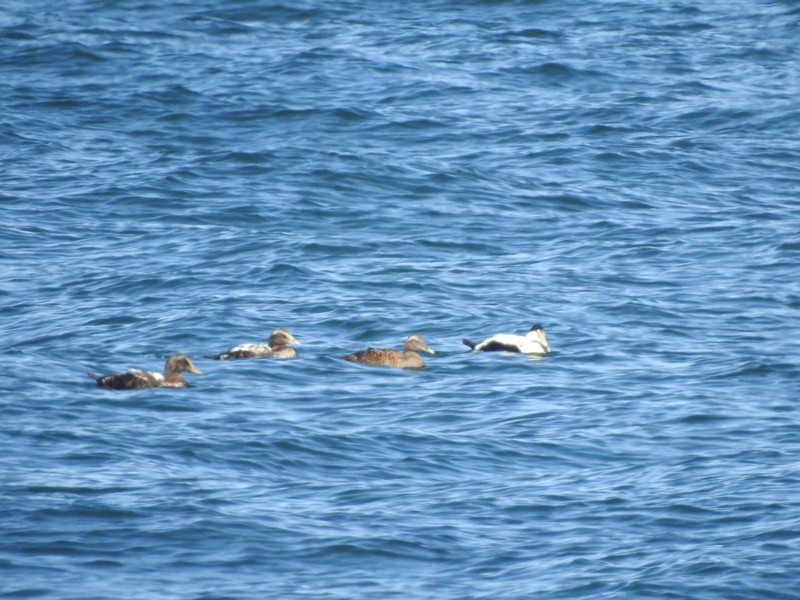 Then, following the description Jody had just given me of what a female King Eider should look like, I picked out a duck from the flock that looked very good for King Eider. It was overall paler from the female Common Eiders, had a different body shape, the head was more rounded instead of sloped in the front, and the bill was much knobbier and grayish-black in coloration. Indeed, I had found the reported female KING EIDER! Therefore, a “Queen Eider!” Too cool! Jody was also overjoyed to see the bird and we enjoyed a few fairly brief but clinching looks at this uncommon species. Usually only about a few dozen or so of these are found around Long Island each winter, so it was especially noteworthy to find this bird in early October. In this photo, she is the bird on the right — look for the subtle details I mentioned above in order to differentiate her from the Common Eiders to the left: 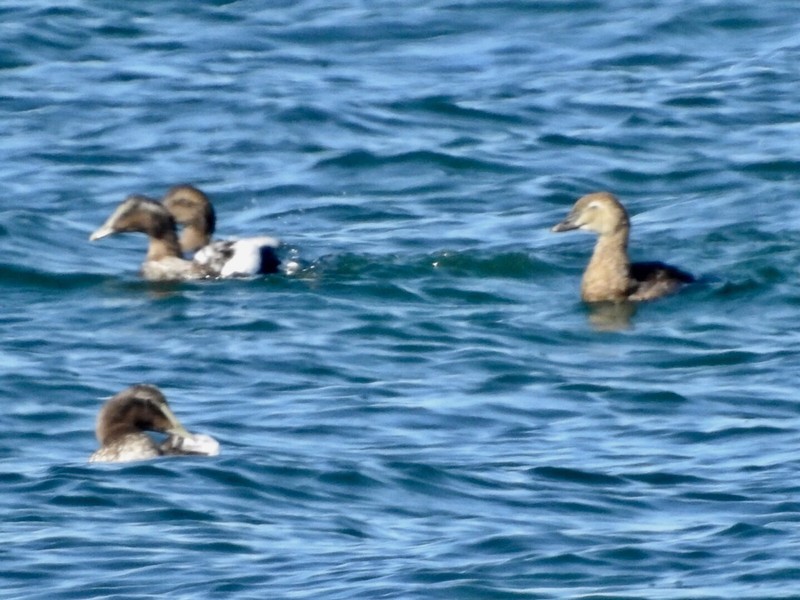 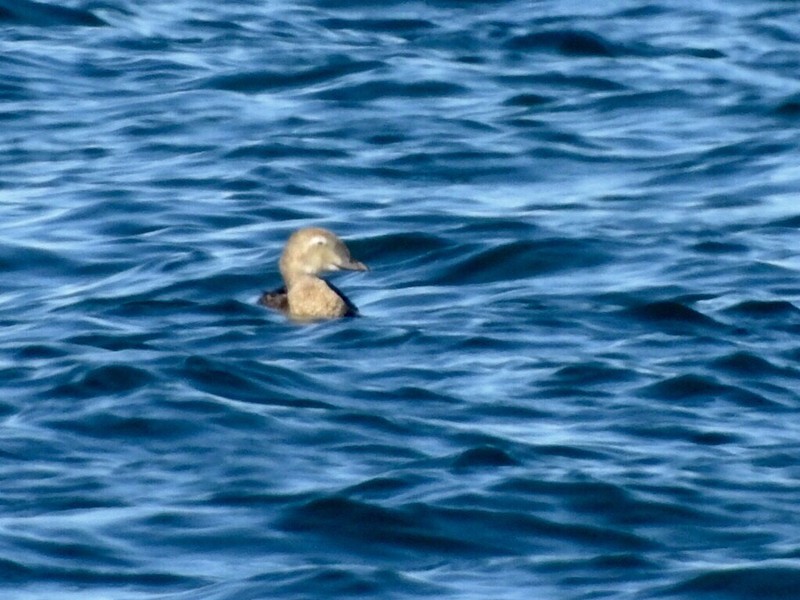 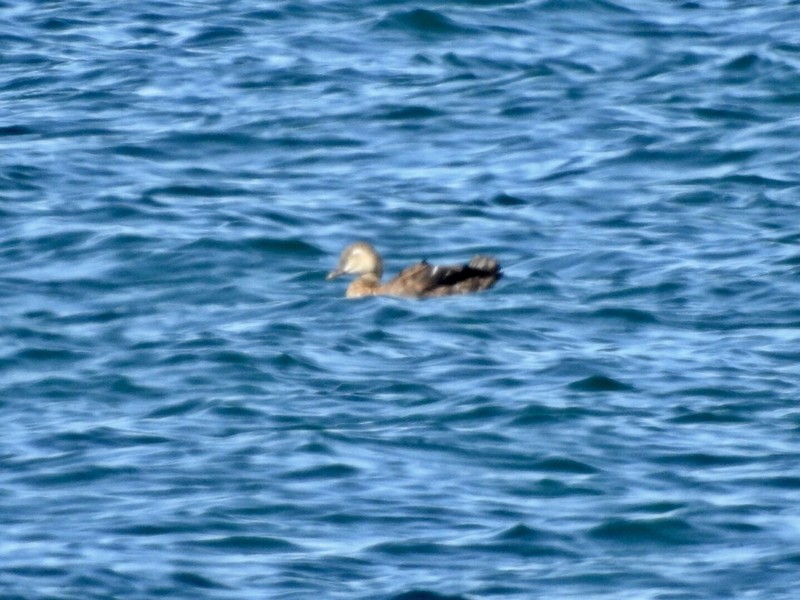 It was an exceptionally beautiful, crisp fall day to be out to this very pristine location. 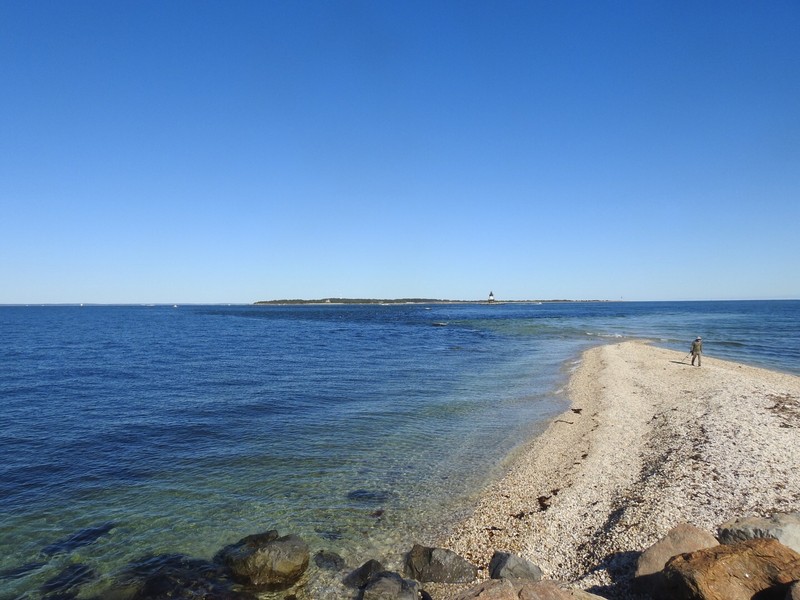 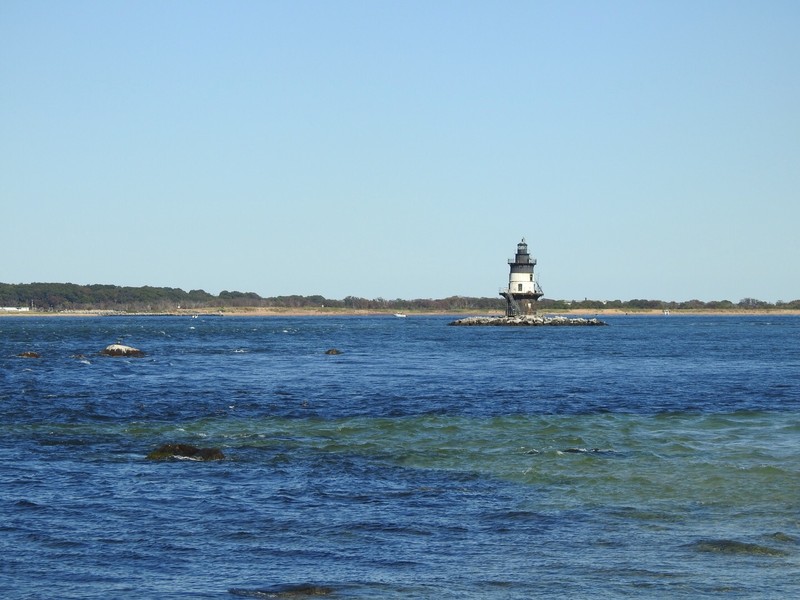 Jody was kind enough to give me a lift back to the bus stop, and there we parted ways. It was time for the long, 97-mile, 1-bus, 1-train, & 3-subway commute back to the Upper West Side of NYC! I am writing/posting this at a Starbucks while waiting for the Long Island Railroad back to the city. 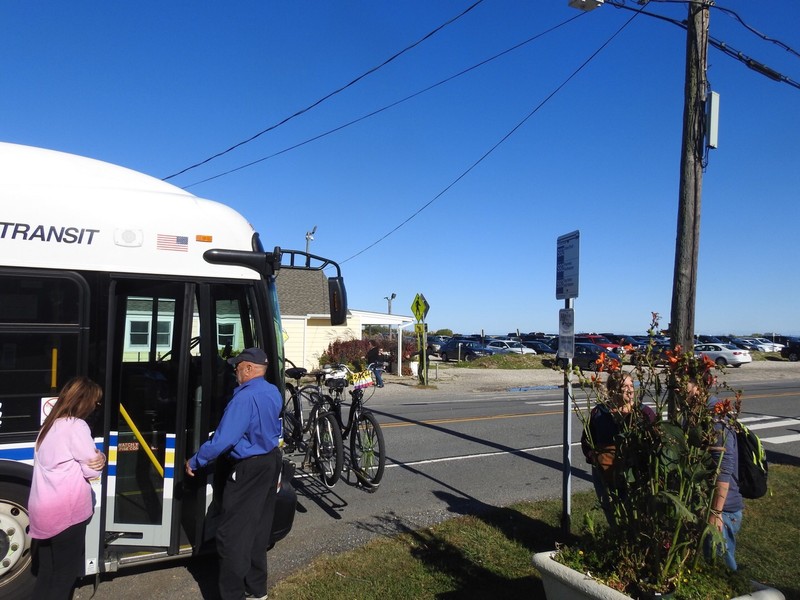 Thankfully, at least the first leg of the journey on the S92 bus was very scenic as we drove back down the Orient Peninsula of Long Island. 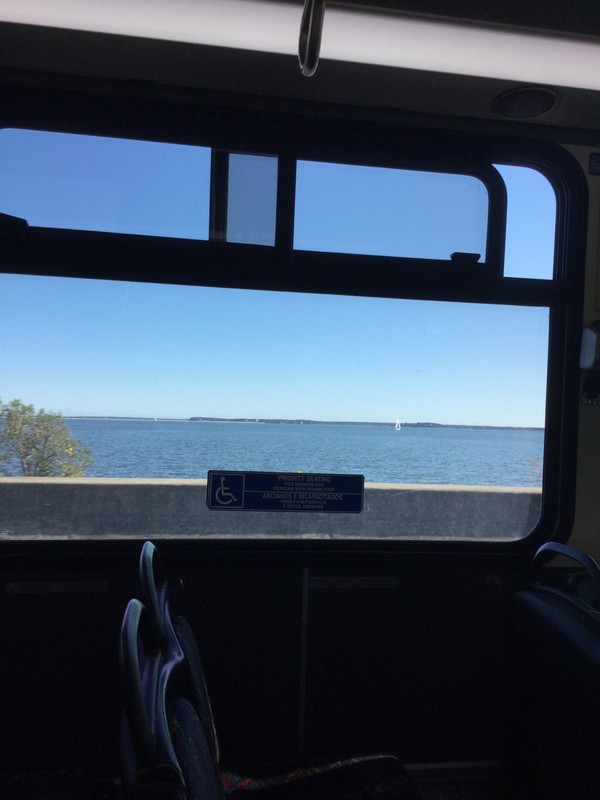 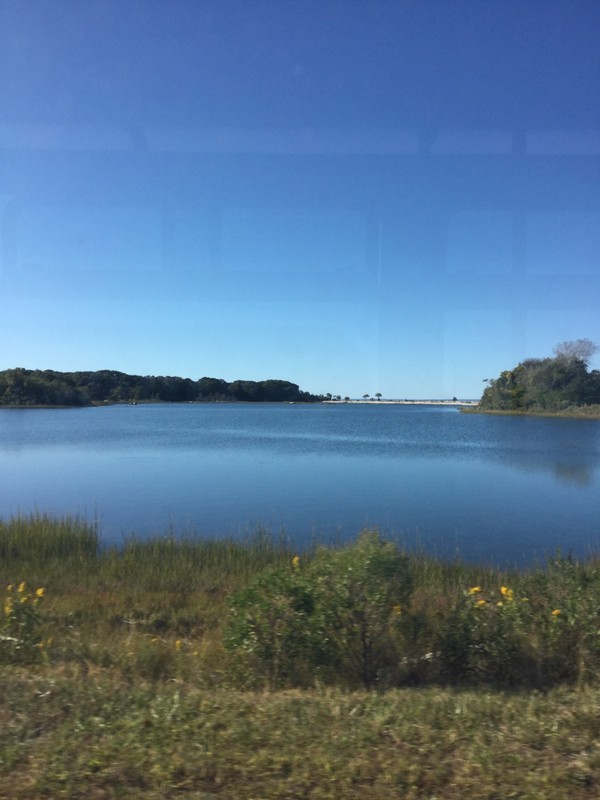 In total, my transportation today cost $41.25 which I think is pretty dang good for the distance covered — plus, it was all on public transport (no ubers!)

What a whopper of a day, but successful! I am so glad I didn’t go all that way for nothing, so unsurprisingly, the bird-of-the-day will be the female King Eider, truly a Queen of the Kings since she was my life bird! Runner-up to an uncommon GREAT CORMORANT which flew by while observing the Eider, too fast to be photographed. The full species list for my outing today is attached below.

Posted by skwclar 14:42 Archived in USA