Today, classes ended at 1:50pm for me, so I took the 1, 3, 4, 5 trains, and the Q35 bus to Jacob Riis Park for some seawatching. Since winds were from the south, I was hoping to possibly get some migrating seabirds such as jaegers or kittiwakes. On the walk from the bus to the beach, I spotted these far off BRANT on the golf course — this winter species here just recently began to arrive from the Arctic. 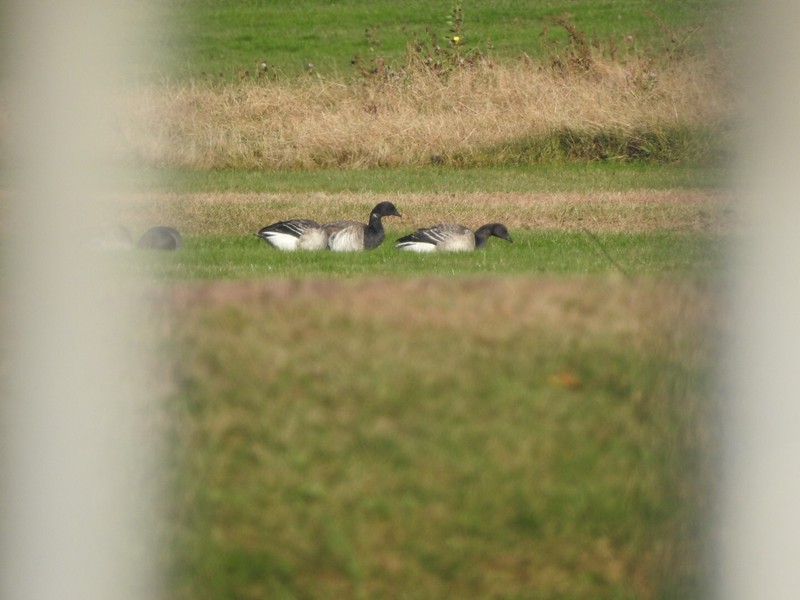 It was a beautiful afternoon to do some seawatching. 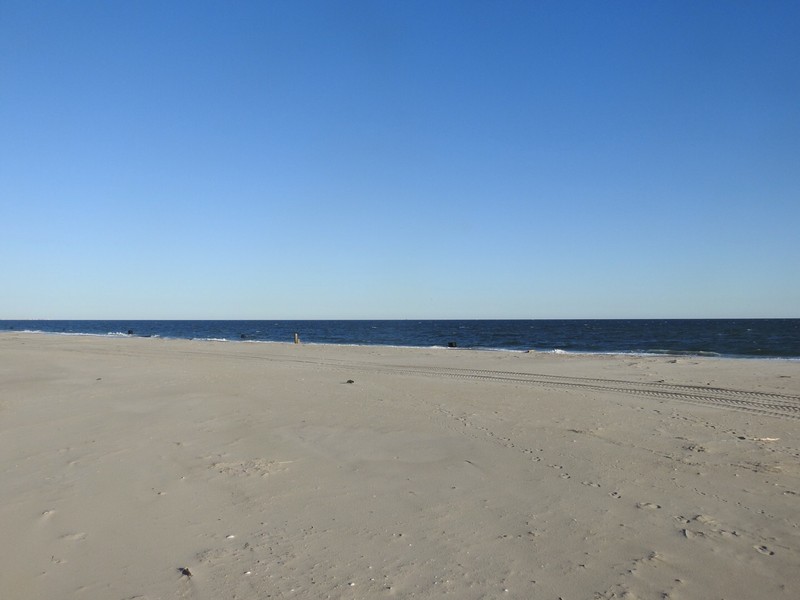 ROYAL TERNS were extremely prolific, with many successfully having caught their dinner! I counted sixty-nine, and there were definitely more around, as well. 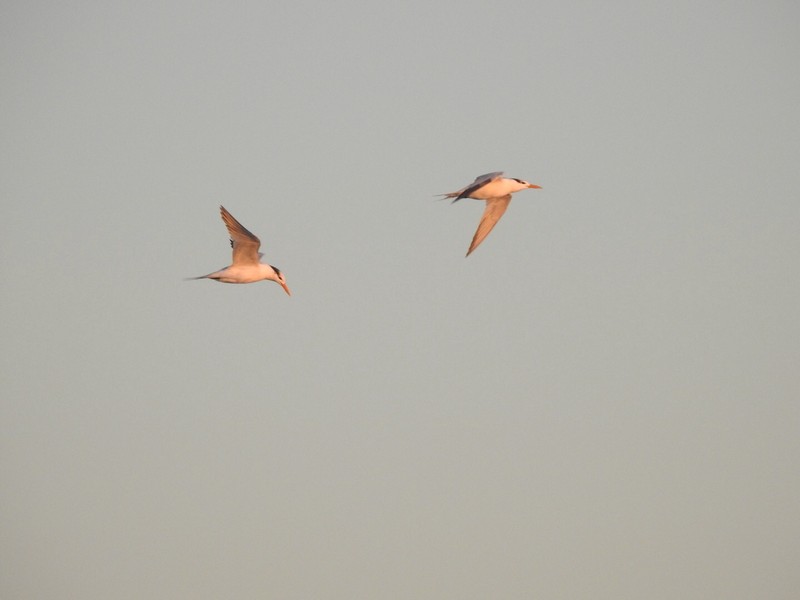 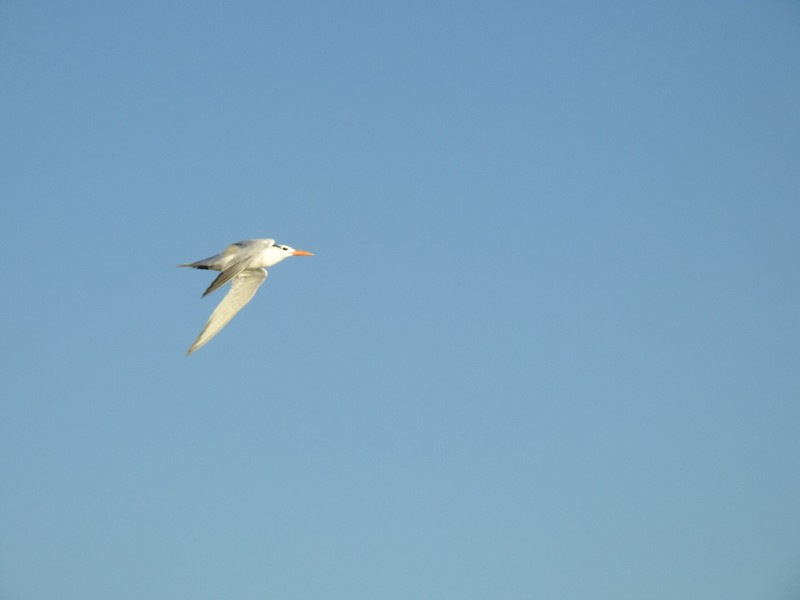 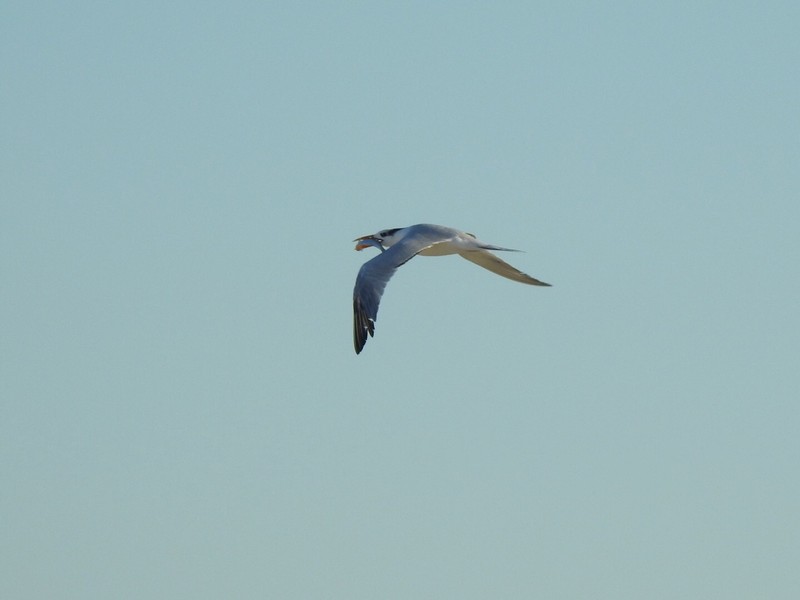 I saw the expected Sulidae species (gannets, boobies) for the area — NORTHERN GANNET — far off but clinching with its wide-stretched black & white wings! 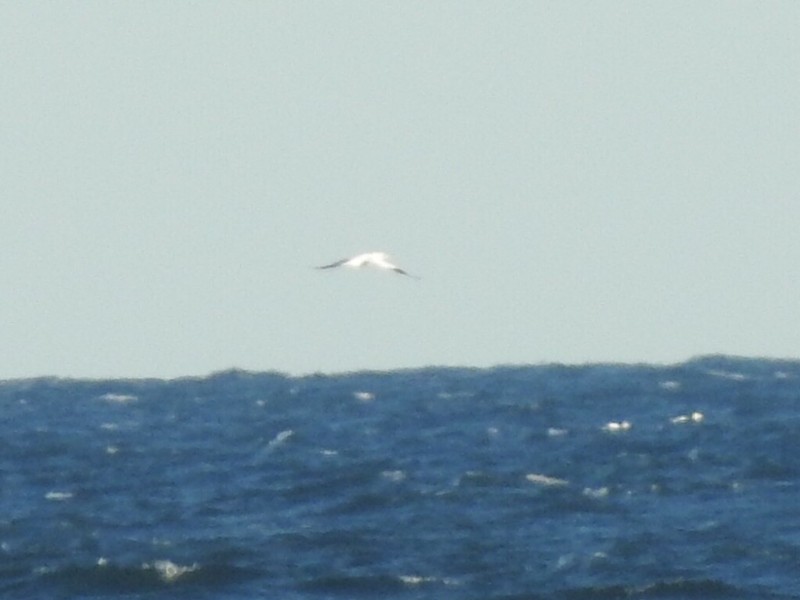 This LAUGHING GULL, one of many in the area, was resting with a flock of Laridae (gulls, terns) on the beach: 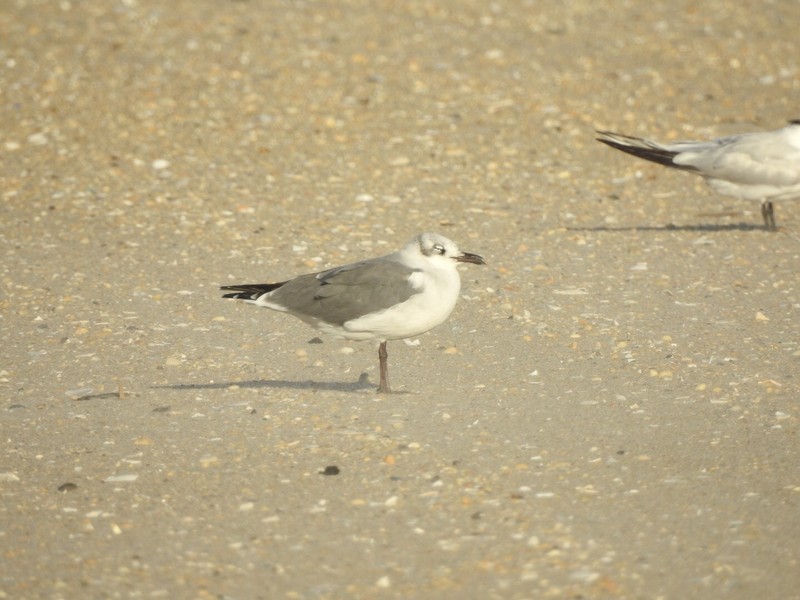 As well as a bunch of ROYAL TERNS, providing me with the best views of this species I have ever gotten: 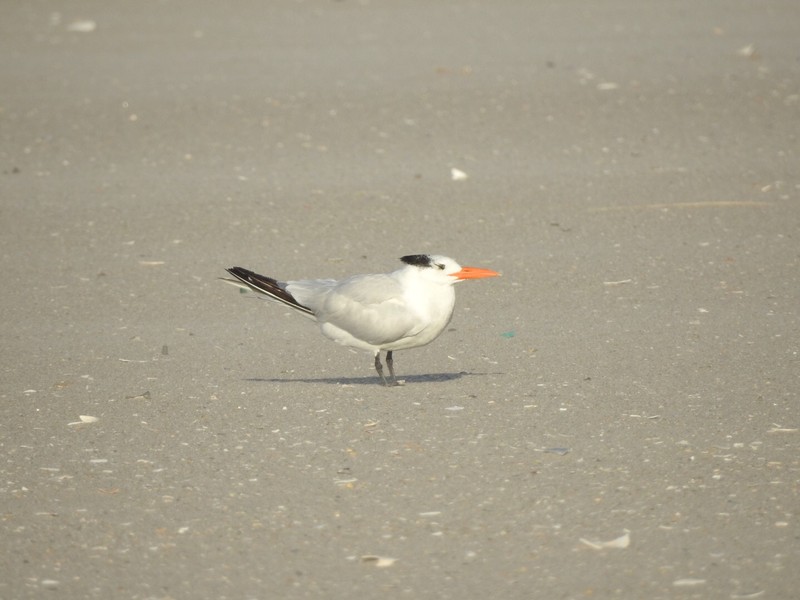 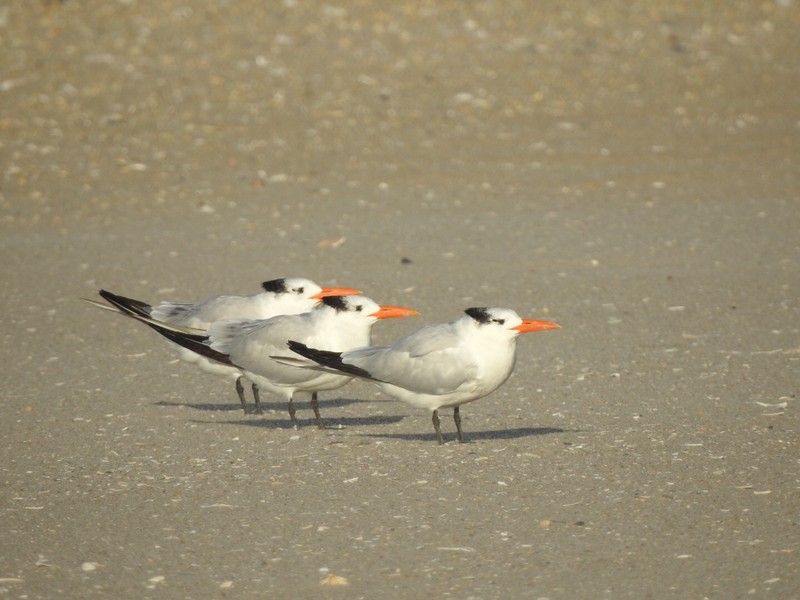 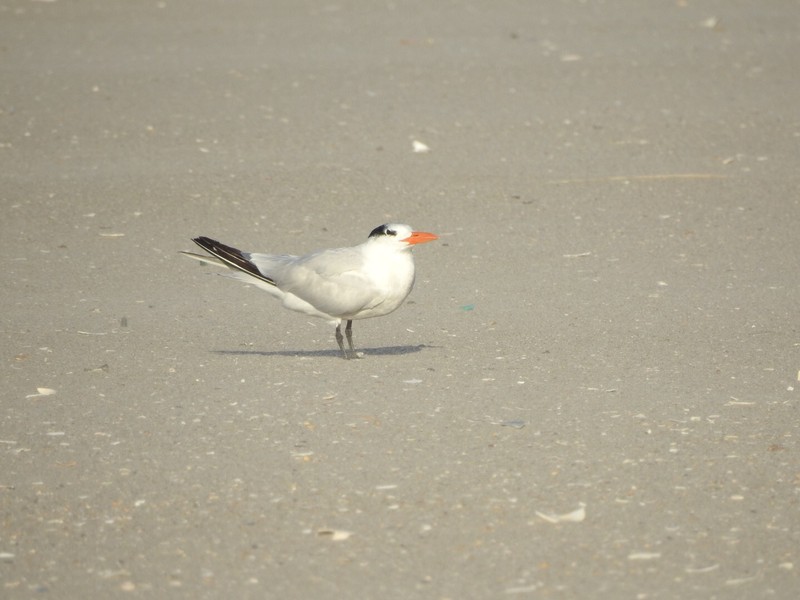 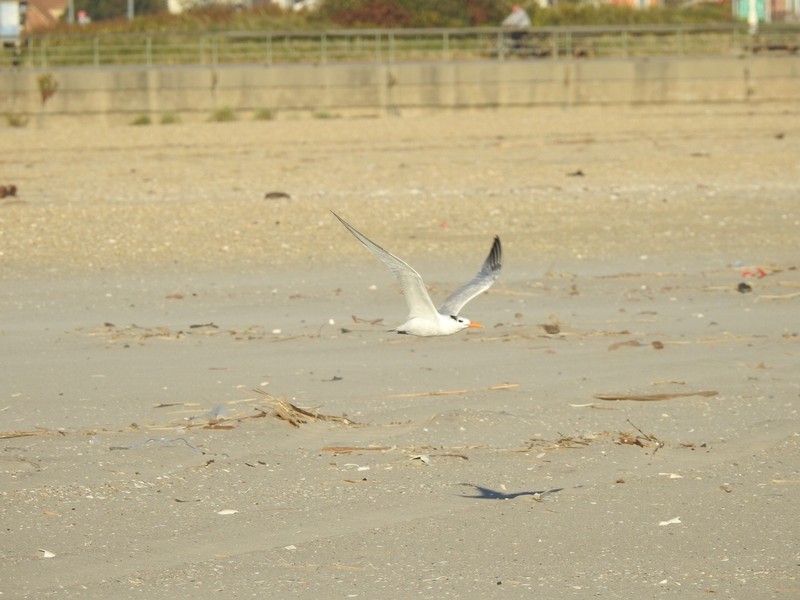 Then, a couple of uncommon GREAT CORMORANTS flew by. Too cool! 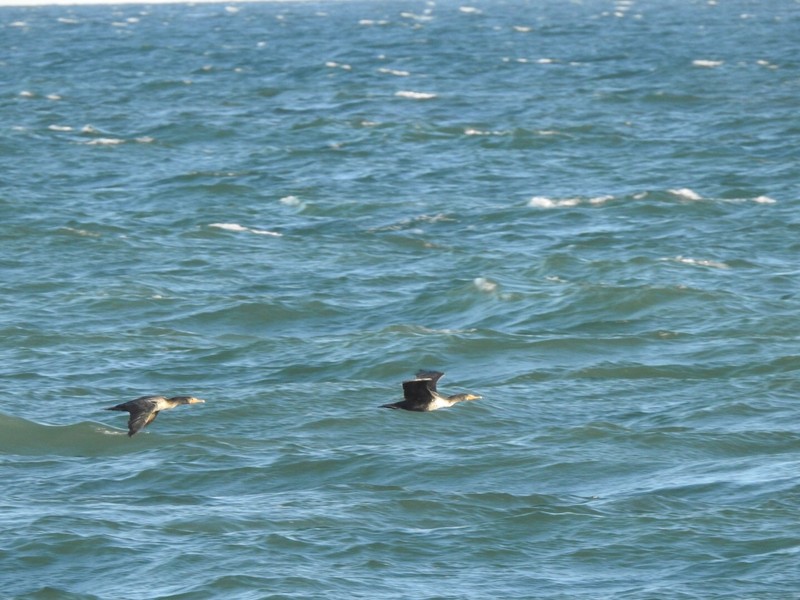 Over in the duneside shrubs, I found a few passerines including this cooperative YELLOW-RUMPED WARBLER: 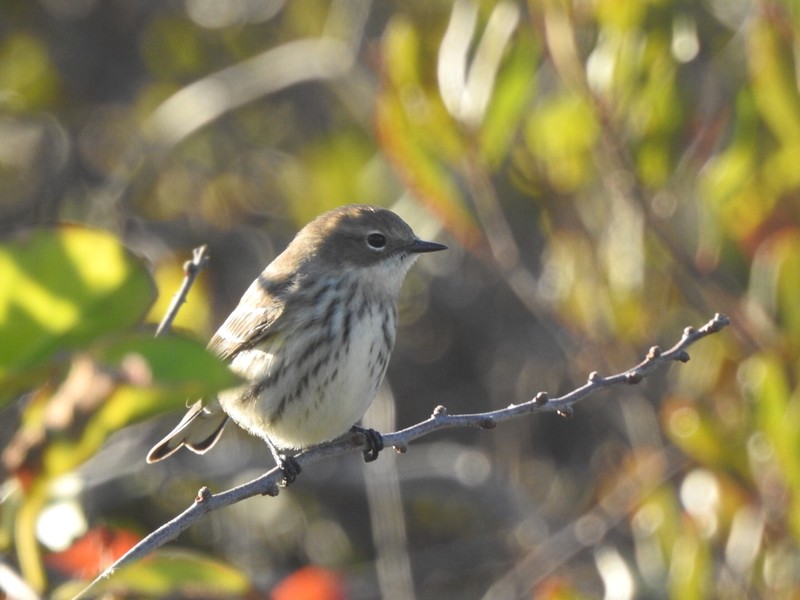 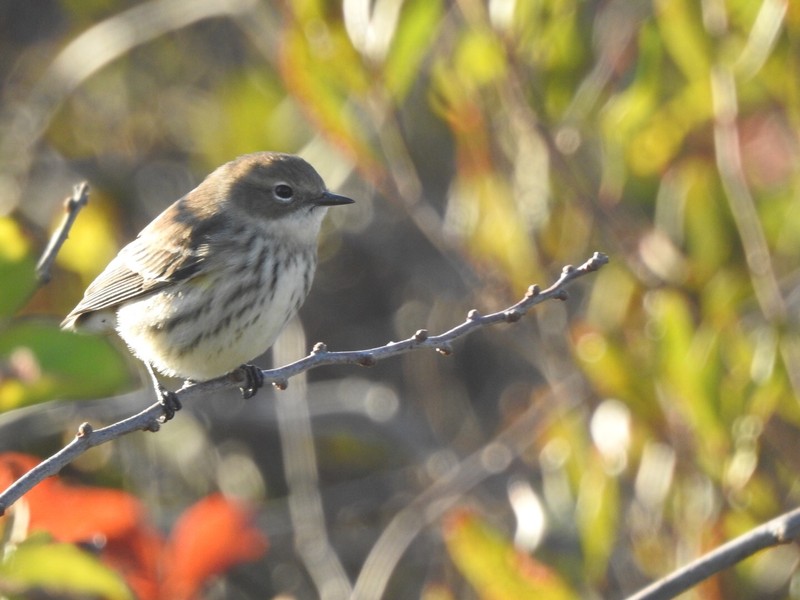 While seawatching, probably the “best” bird I picked out over the ocean was this winter-plumage BONAPARTE’S GULL: 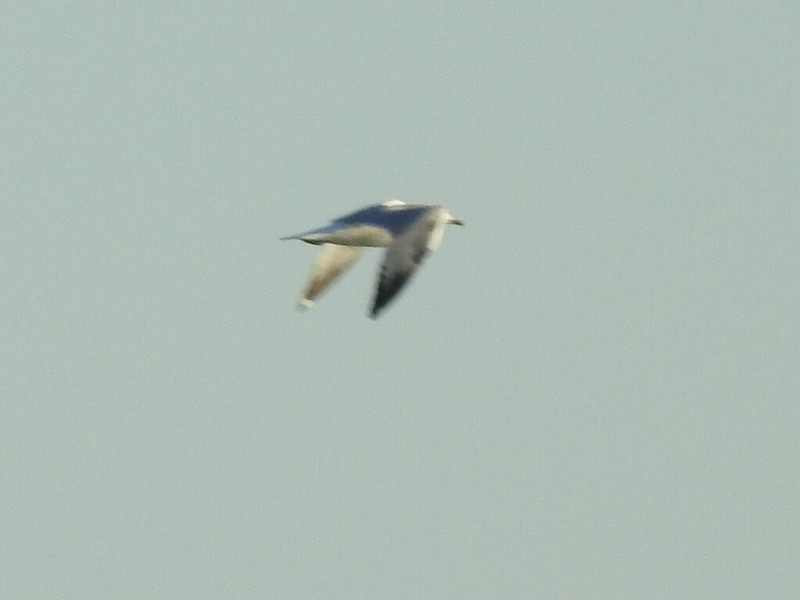 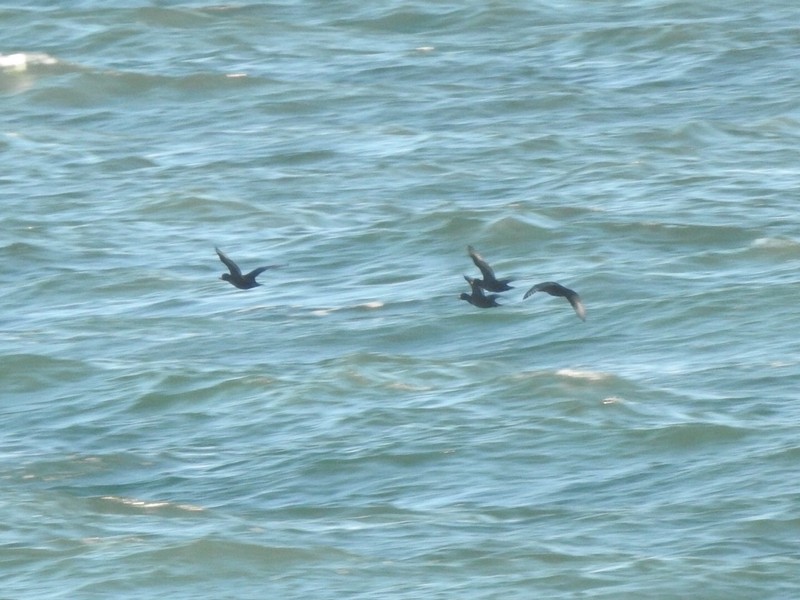 Then, as the sun was beginning to set, casting a gentle golden glow on the landscape, I noticed a smaller black-backed gull sitting with the other species in the flock resting on the beach. Yep: LESSER BLACK-BACKED GULL, a very patchy & uncommon (though perhaps under-detected) species in Queens & Long Island, my first ever for the state! This proves that gull flocks are worth checking: not every gull is a common species! And no gull is just a “seagull!” 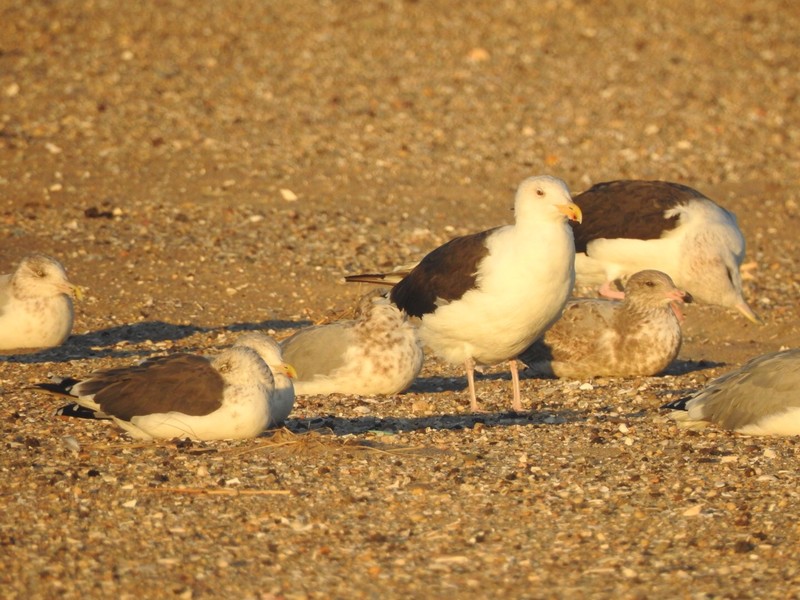 Here it is posing with a HERRING GULL: 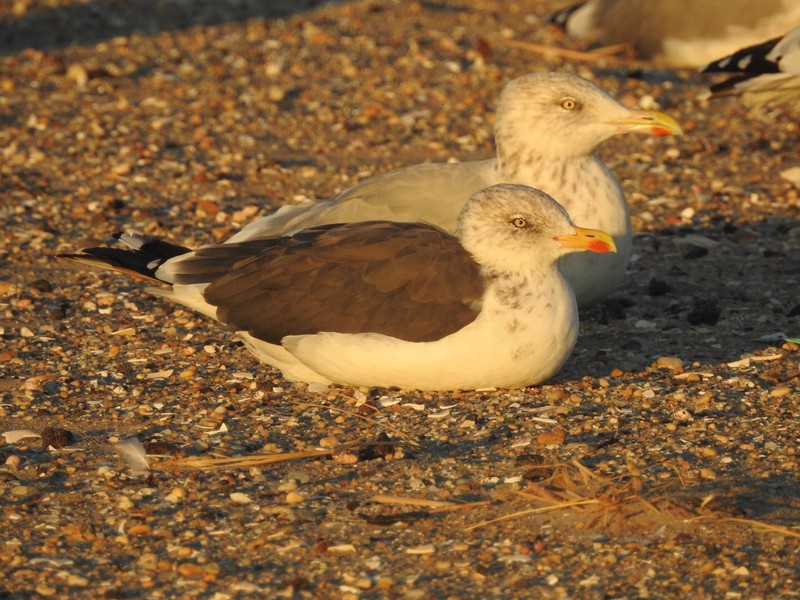 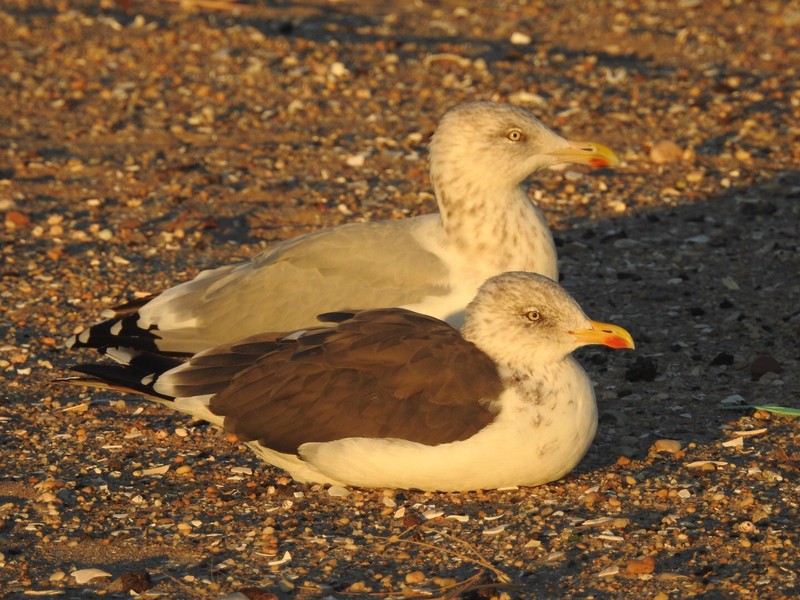 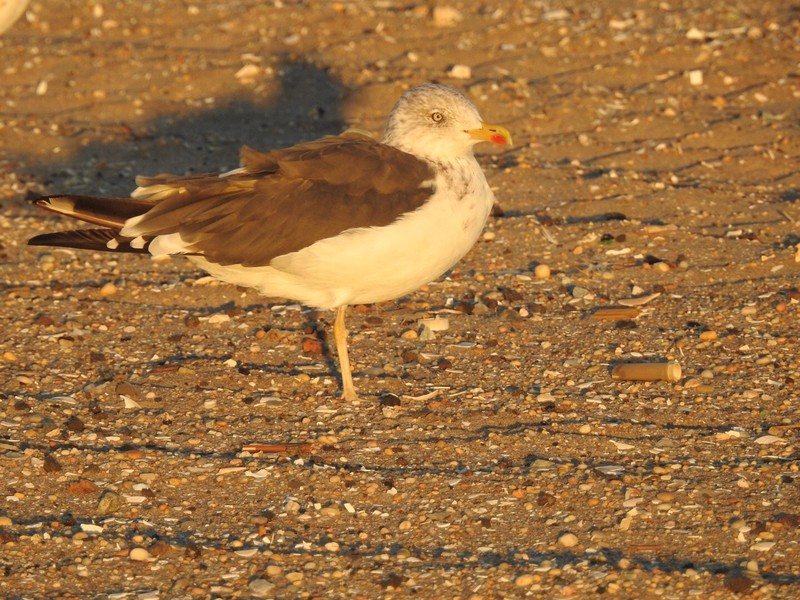 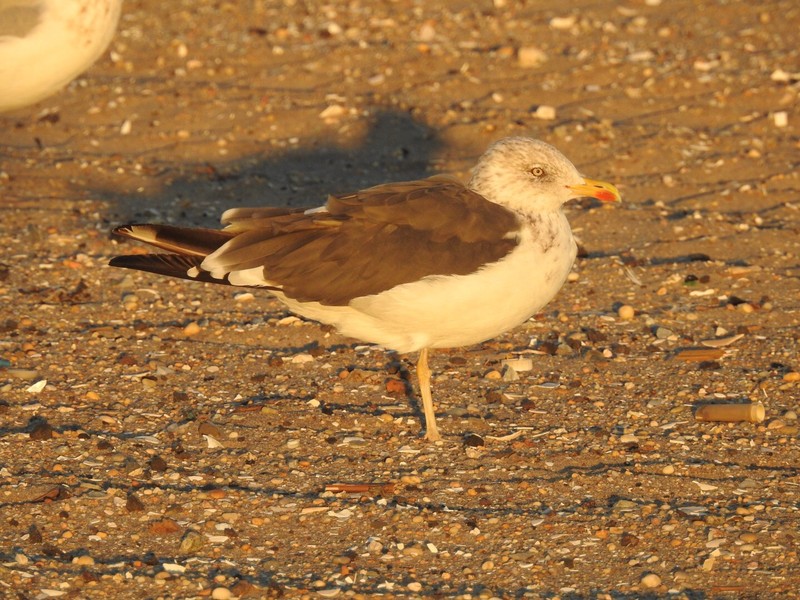 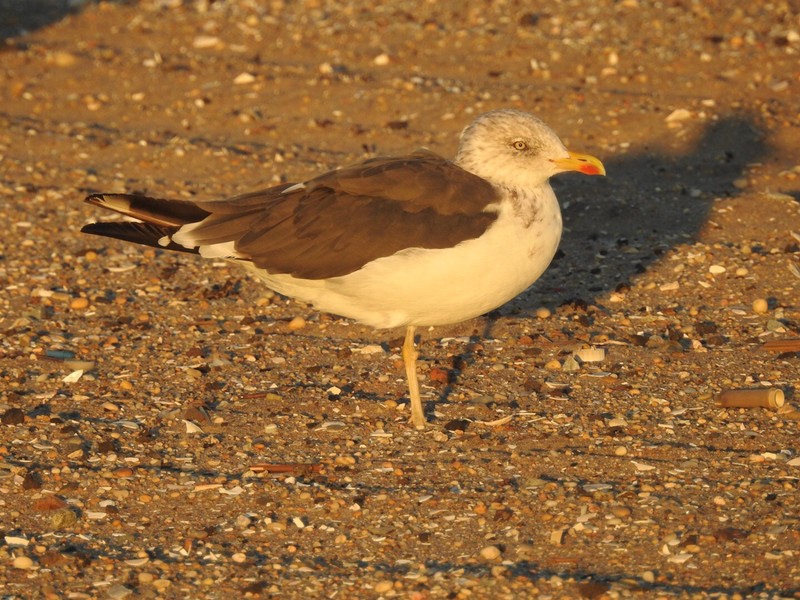 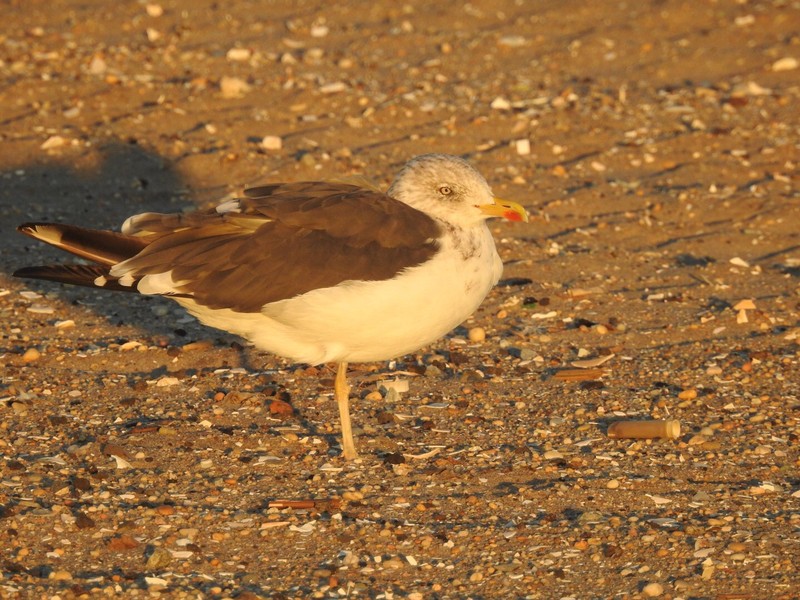 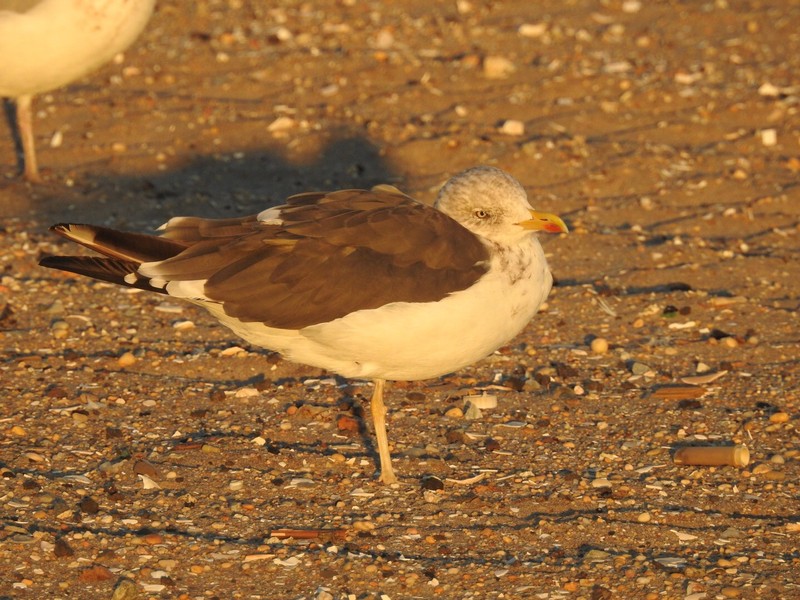 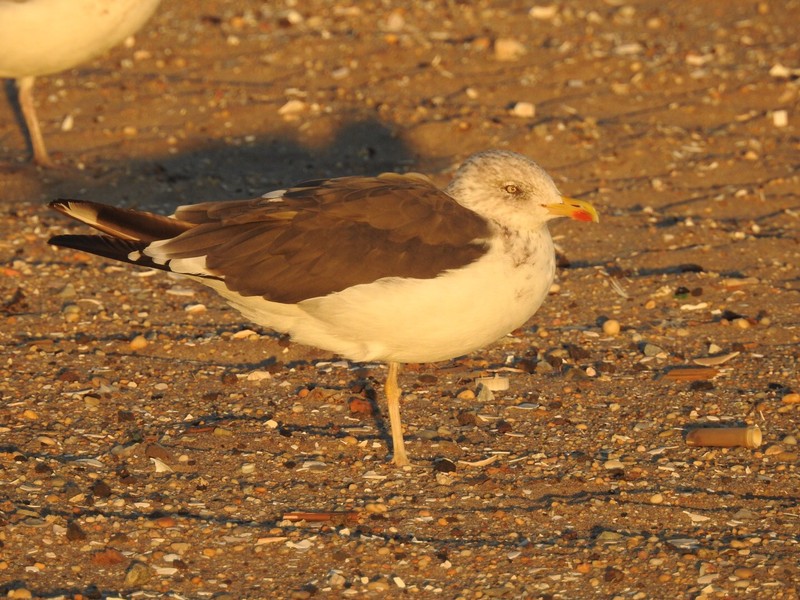 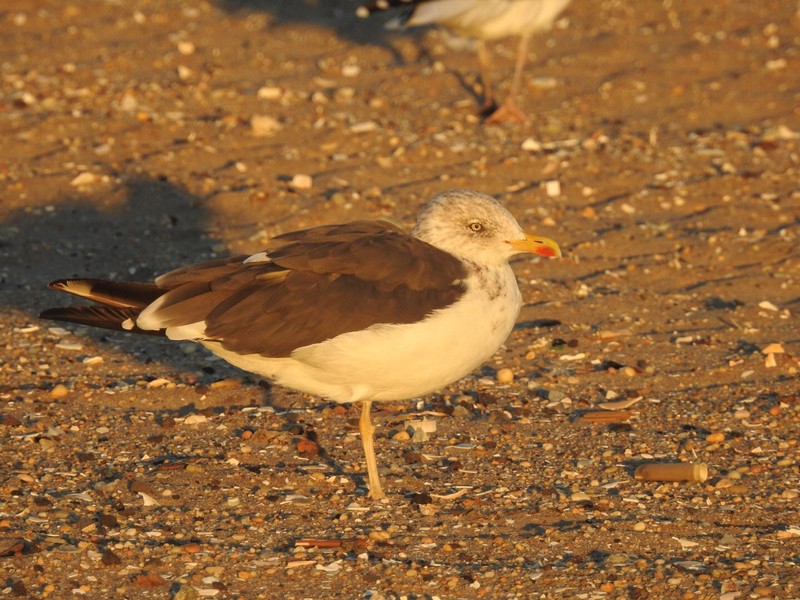 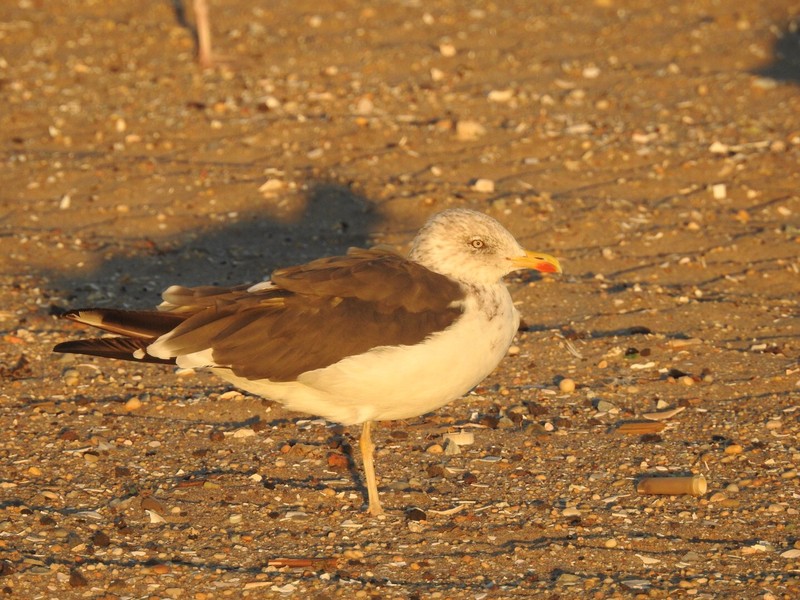 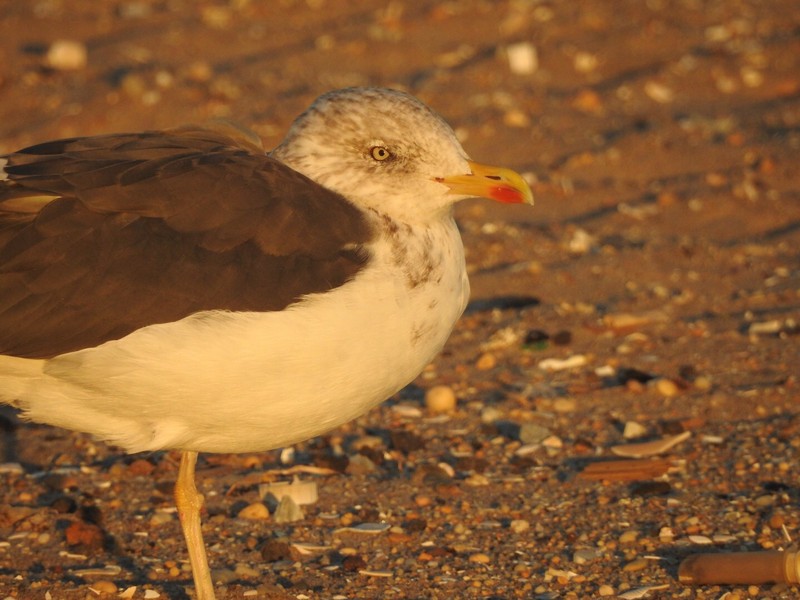 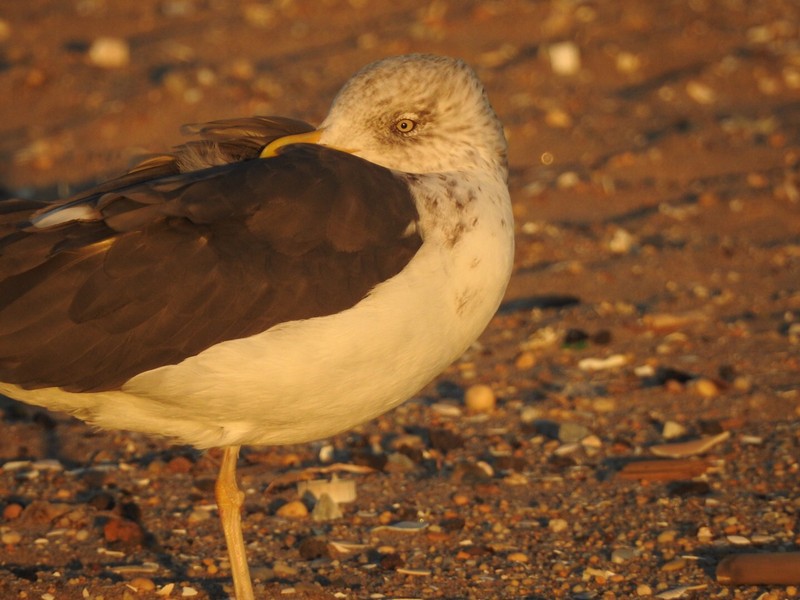 As the sunset’s colors & shadows grew, it was harder to identify the many gulls flying about over the Atlantic Ocean. 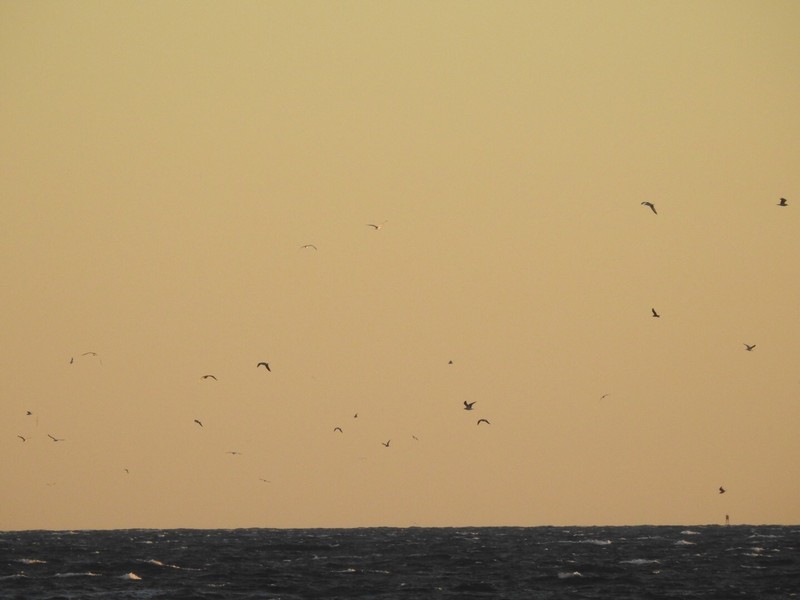 Bird-of-the-day to the Lesser Black-backed with runner-up to the Bonaparte’s Gull. The short species list from my outing is attached below. A solid afternoon of seawatching!

Posted by skwclar 21:37 Archived in USA

You just keep having to much fun don’t you Henry. And you sure know your way around the bus/train Uber/taxi system!