Today, after a successful audition for the Chautauqua Institution’s summer vocal program, my girlfriend joined me for a fun late afternoon & evening in Central Park! 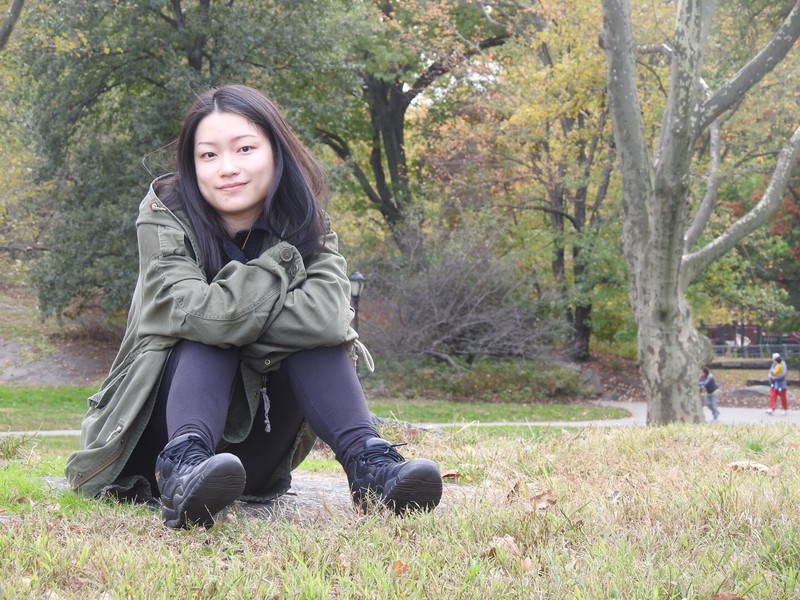 Upon arriving to our picnic spot near the 96th St Traverse, I noticed a wealth of songbirds around the area including many CHIPPING SPARROWS: 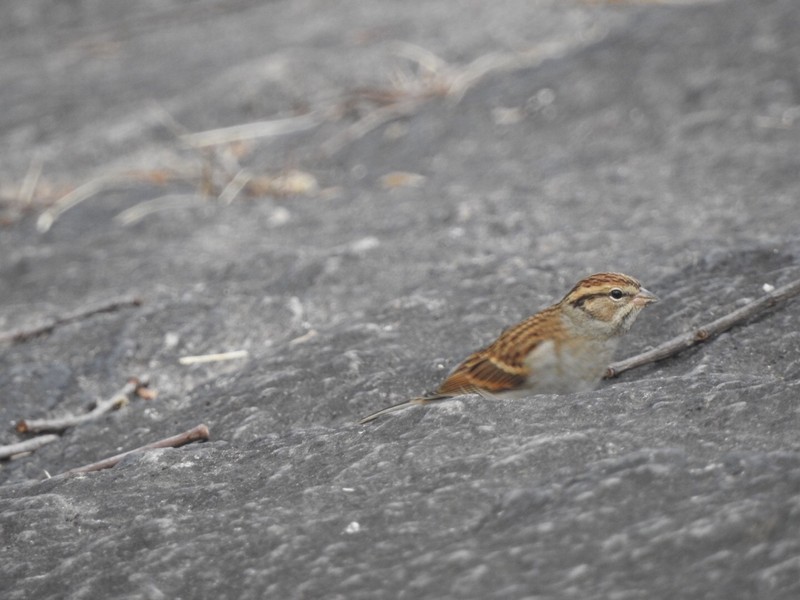 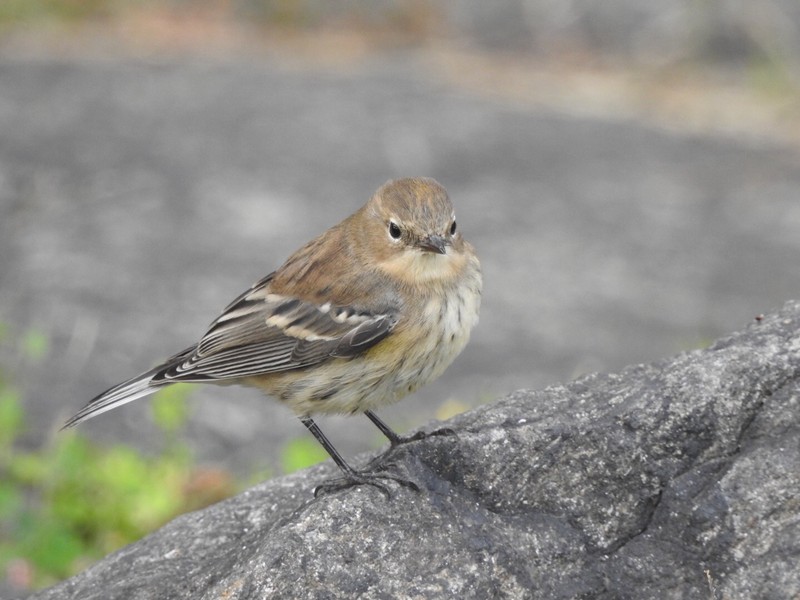 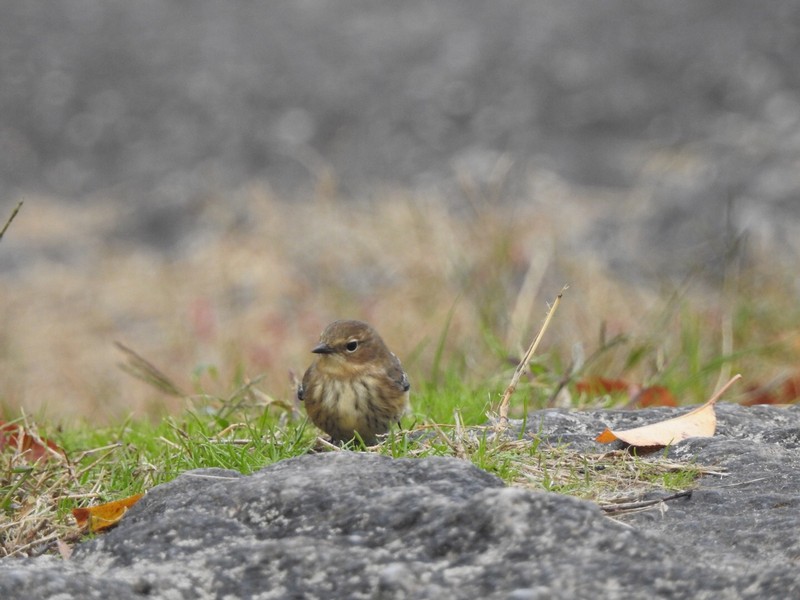 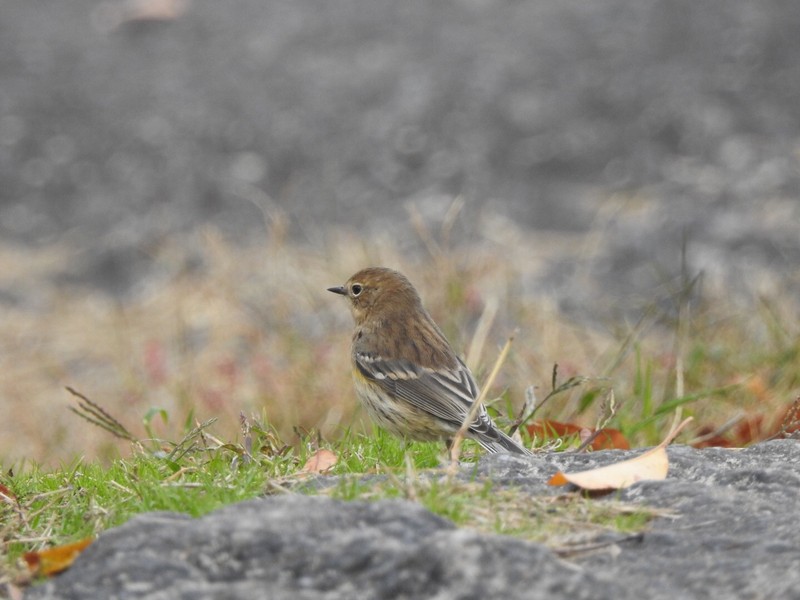 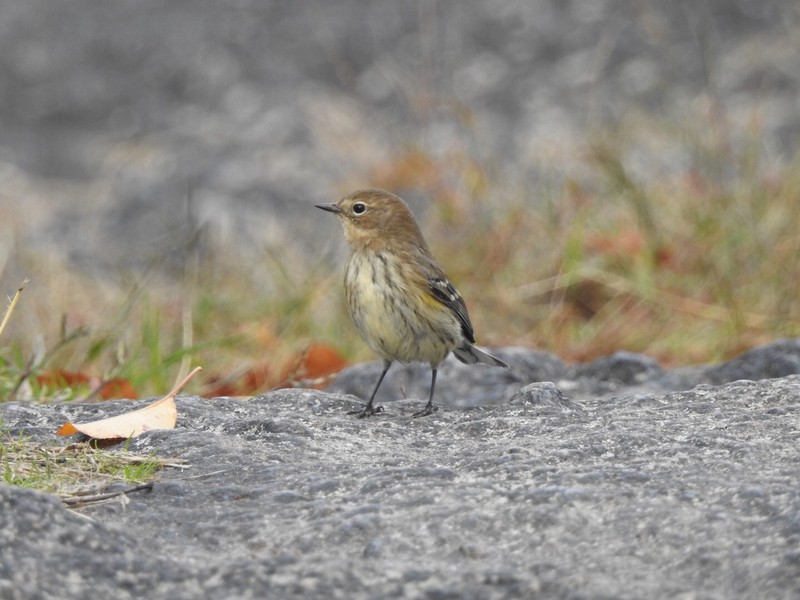 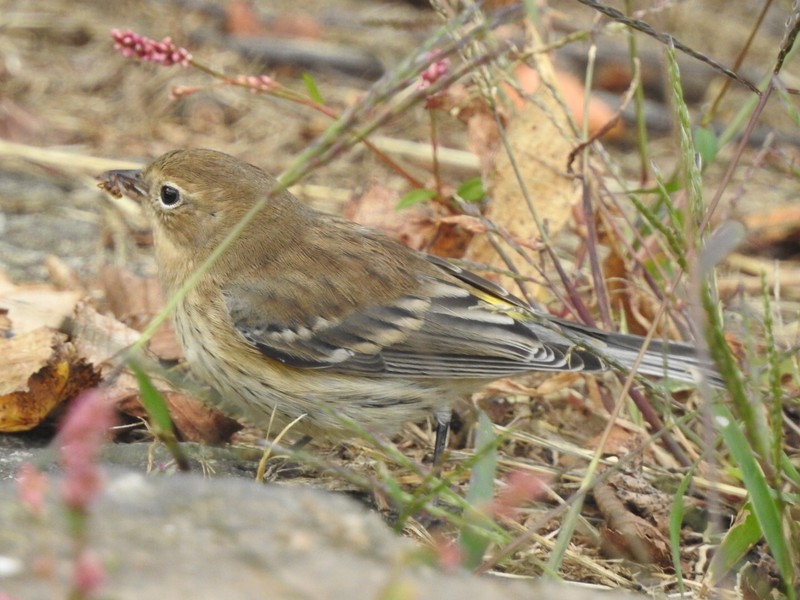 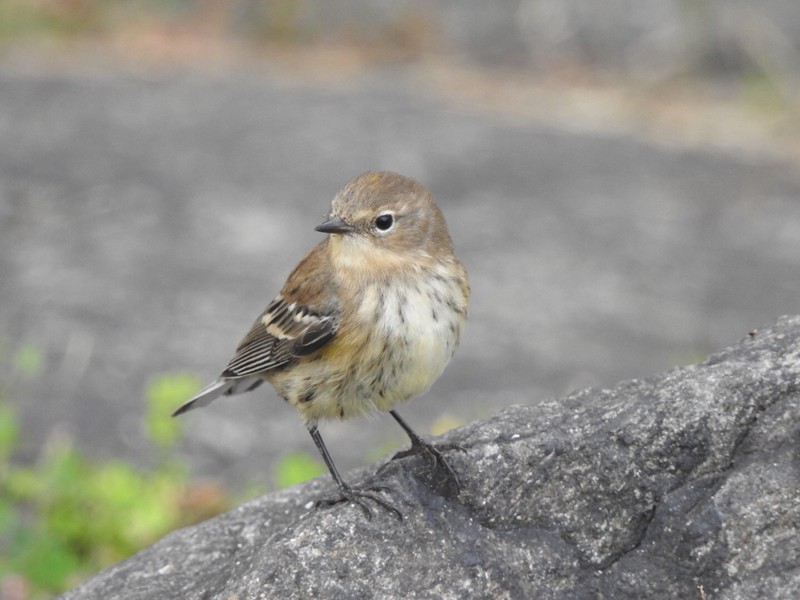 And a couple of DARK-EYED JUNCOS: 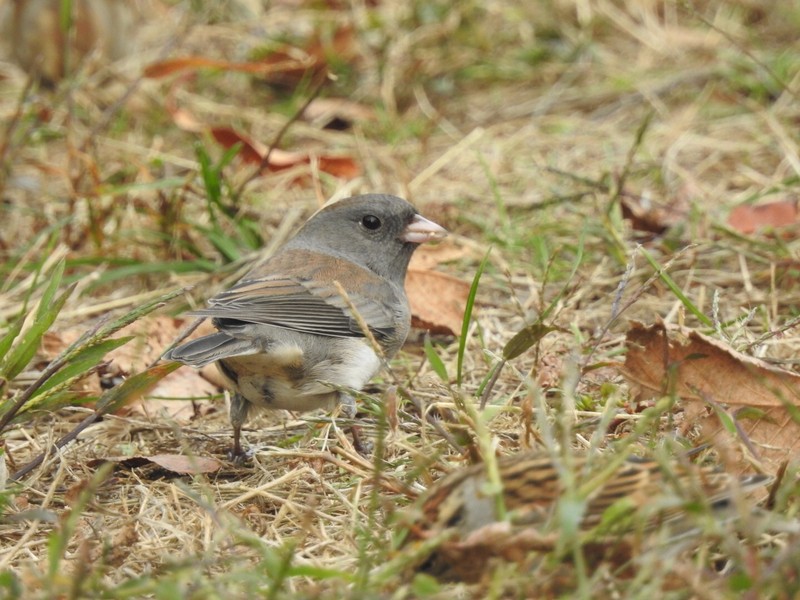 A YELLOW-BELLIED SAPSUCKER foraged nearby: 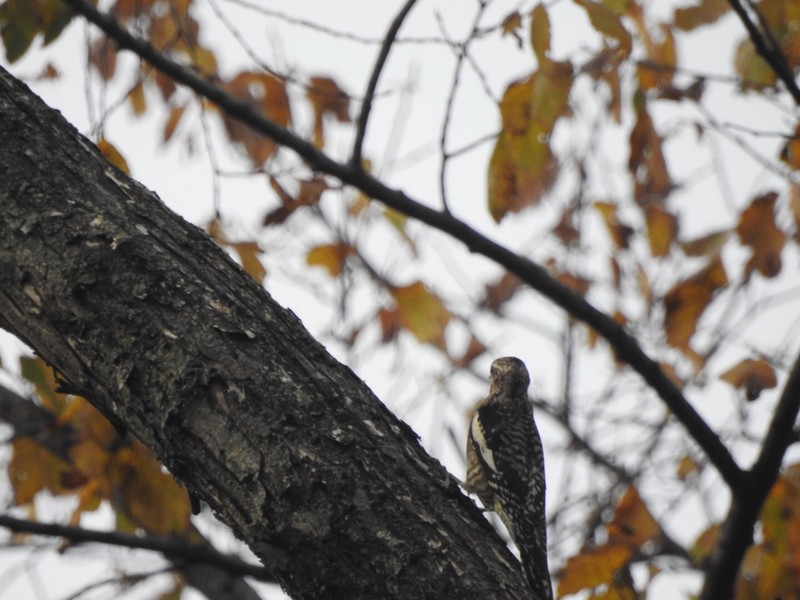 Then, we headed north and soon were near the Central Park Pool (actually a stagnant pond) where there were GADWALL with the usual MALLARDS: 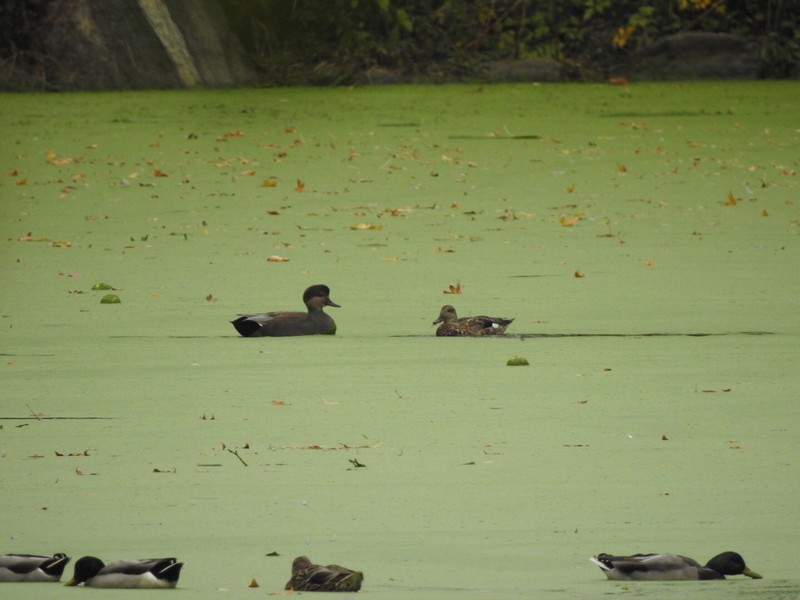 The nearby foliage was outstanding: 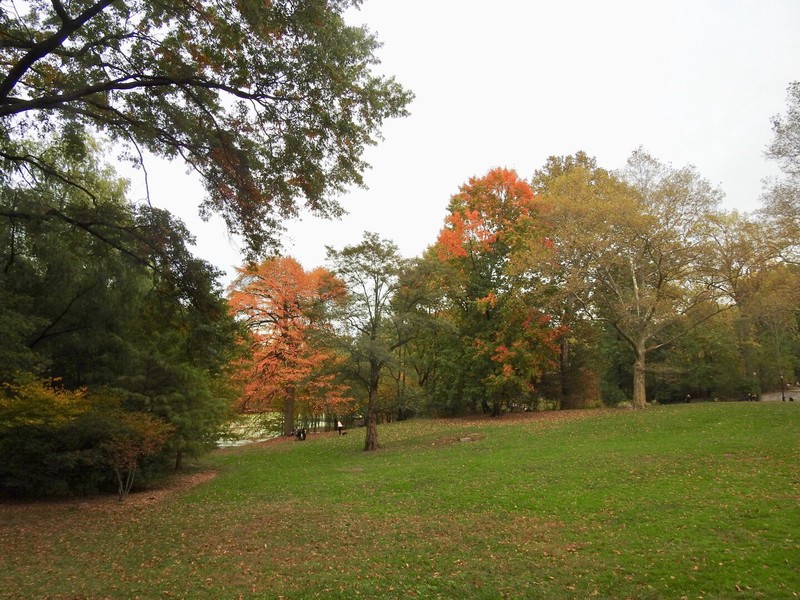 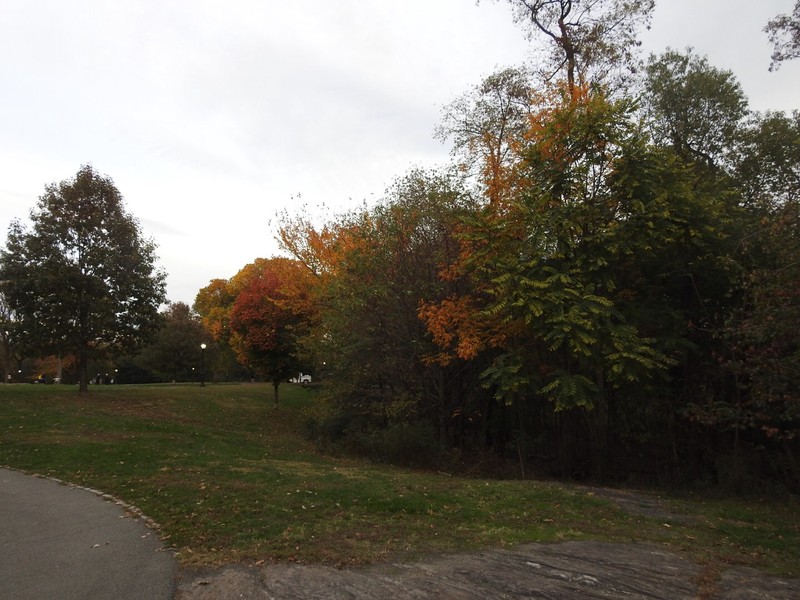 And there was quite a nice pocket of songbirds including a WHITE-THROATED SPARROW: 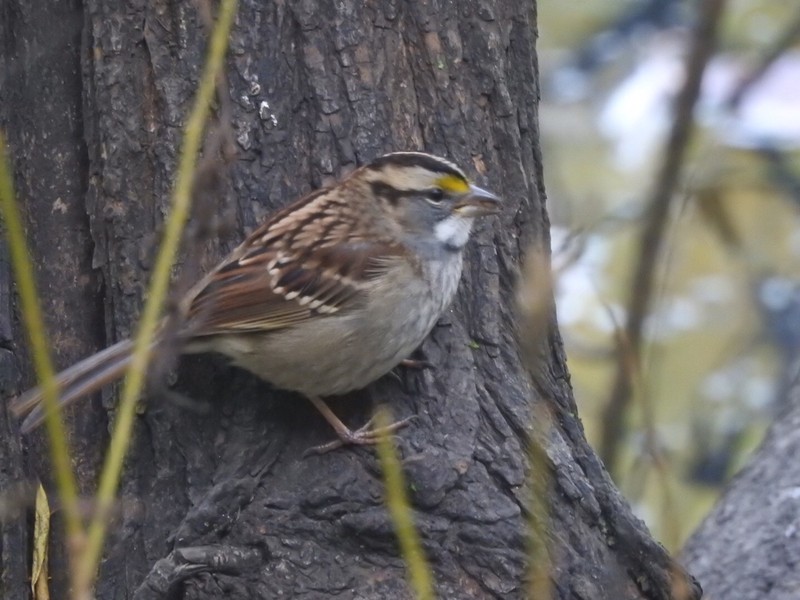 And a plethora of RUBY-CROWNED KINGLETS, including this male who was friendly enough to show us a sliver of his scarlet crown: 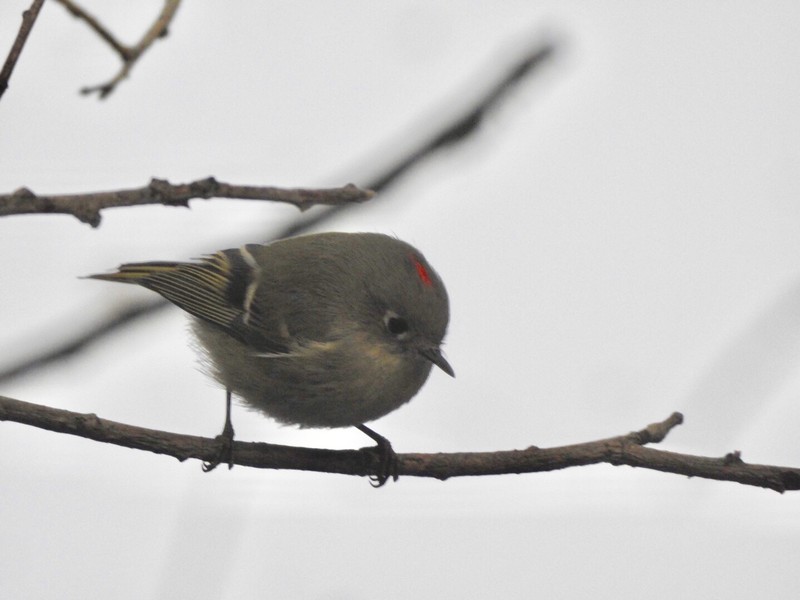 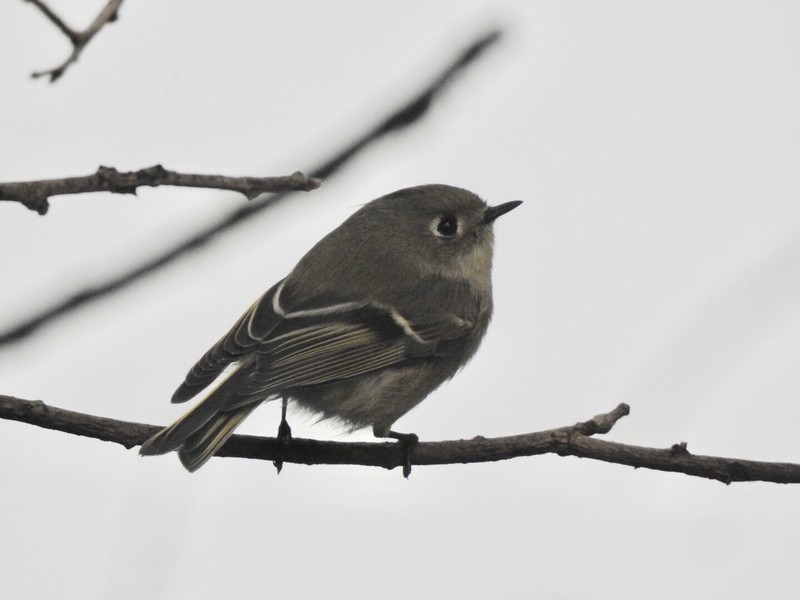 Best of all, yet another late BLACK-THROATED BLUE WARBLER was in the area — the number of this species I have seen this fall is pretty remarkable, and I am certainly not complaining! October 27 is definitely getting on the late side for this beautiful species. 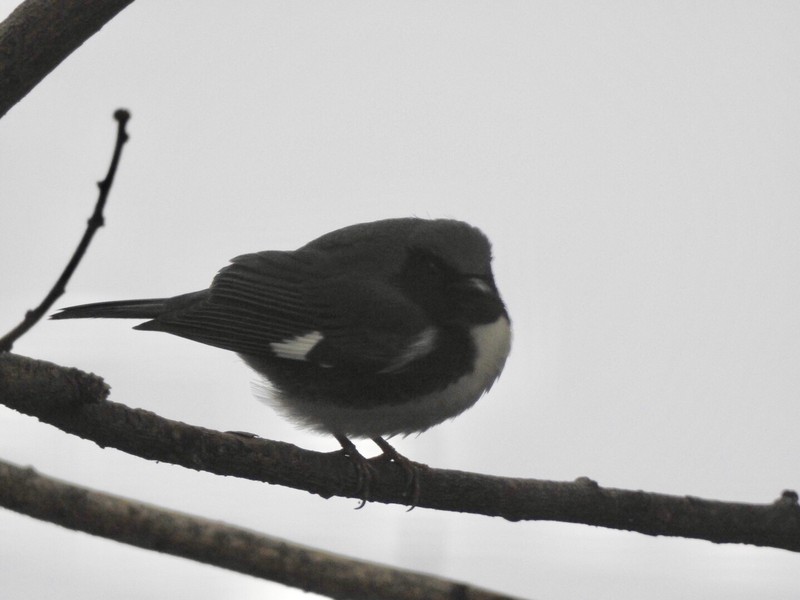 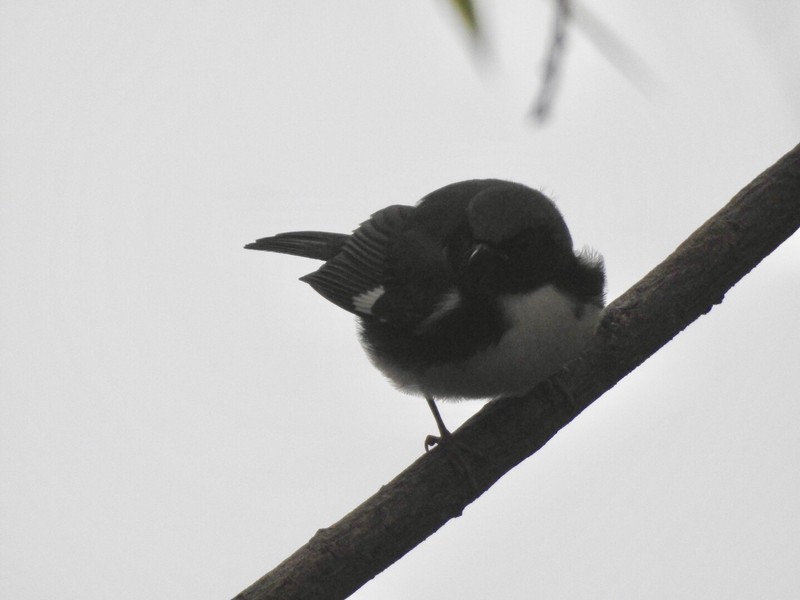 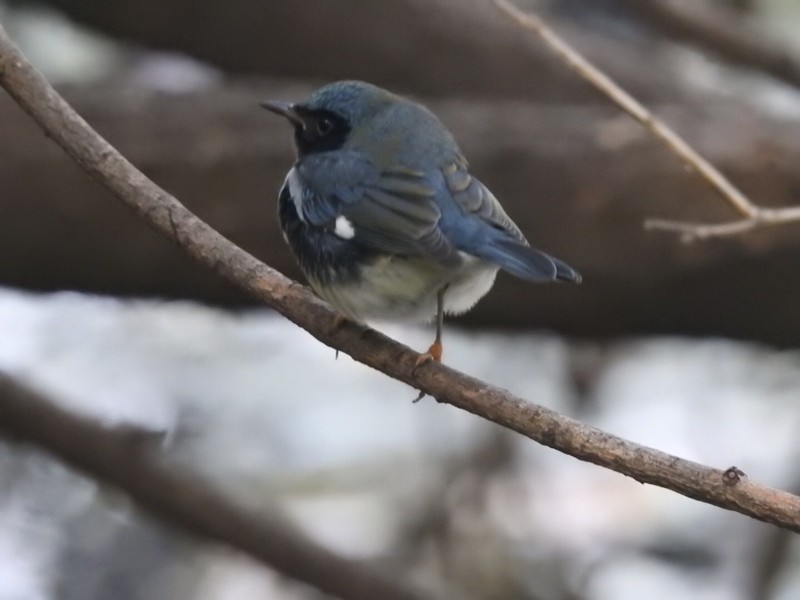 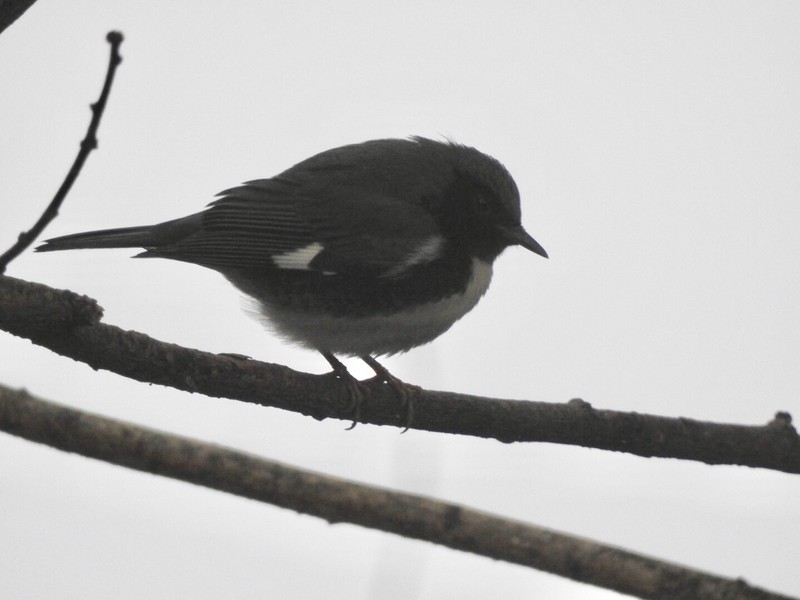 Continuing north onto the Great Hill, we found a lone SONG SPARROW: 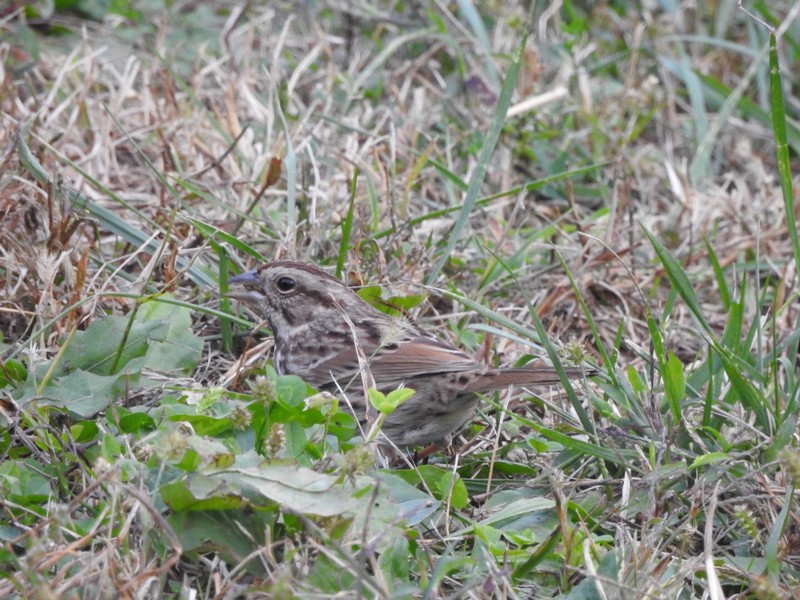 And the North Woods in the far northwest corner of the park, though beautiful, was pretty devoid of humans & birds alike, save for this HERMIT THRUSH: 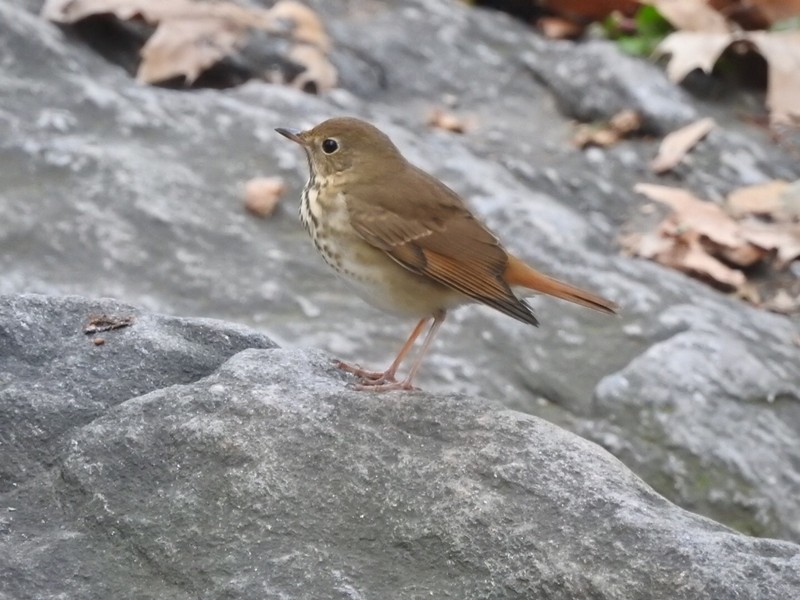 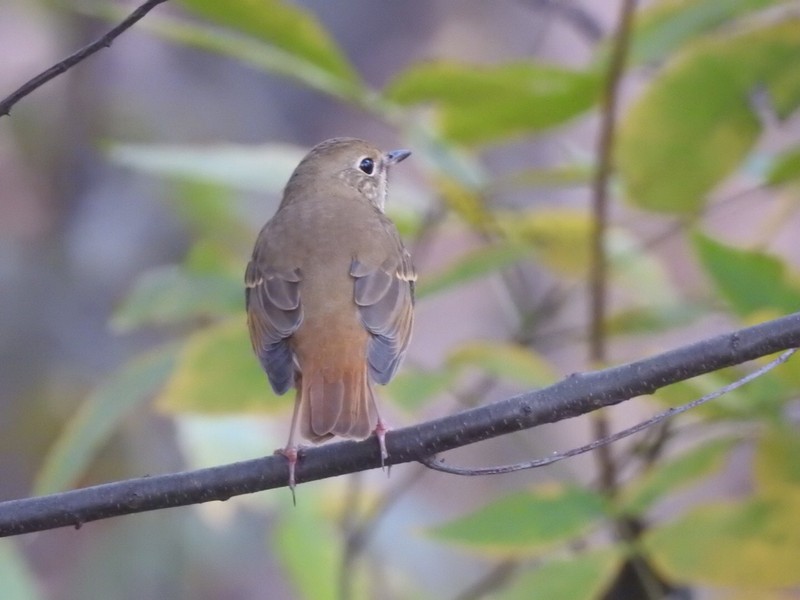 What a peaceful way to spend an afternoon! Bird-of-the-day to the Black-throated Blue Warbler with runner-up to an American Kestrel who unsuccessfully dive-bombed a bunch of Chipping Sparrows at one point. Honorable mention to Tian who put up with my thorough birding throughout the afternoon like a champ.

Posted by skwclar 21:11 Archived in USA