Because classes end at 1:50pm for me on thursdays, I took advantage of the free afternoon and traipsed across New York City for yet another seawatch at Fort Tilden! The conditions looked great for seabirds — light rain and strong southerly winds, which would hopefully serve to push the seabirds into view from land (since Fort Tilden looks south onto the sea). My targets for today were Parasitic Jaeger and Northern Gannet, which have both been seen from Fort Tilden in recent days.

Once I arrived, I again found the BRANT which are resident for the winter here. This midwesterner will never get tired of seeing these charismatic geese. 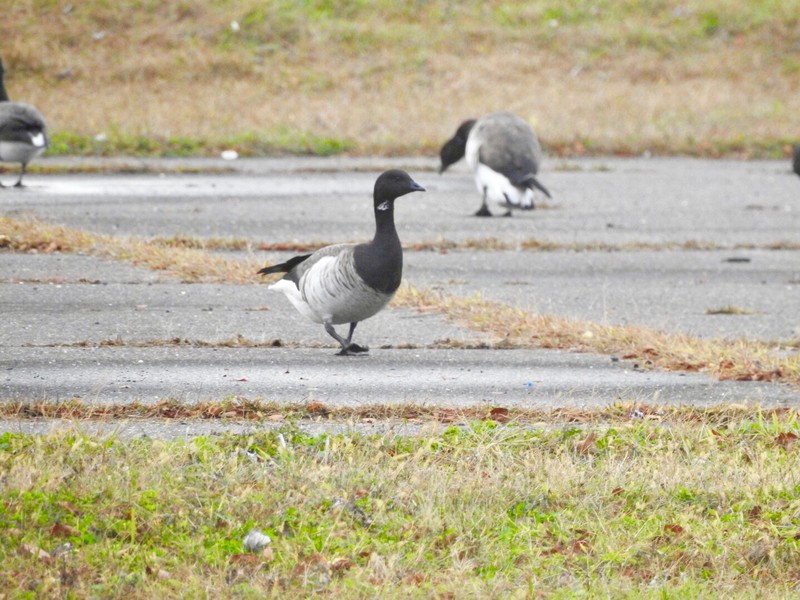 I got to the shoreline and mother nature bared down upon me. Sand blew in my face, waves crashed onto the beach, and clouds streamed overhead as gale-force winds pummeled the shoreline. So, I was forced to hunker down behind a small sand dune that allowed me just enough of a view of the ocean to seawatch without getting a cloud of sand in my eyes. 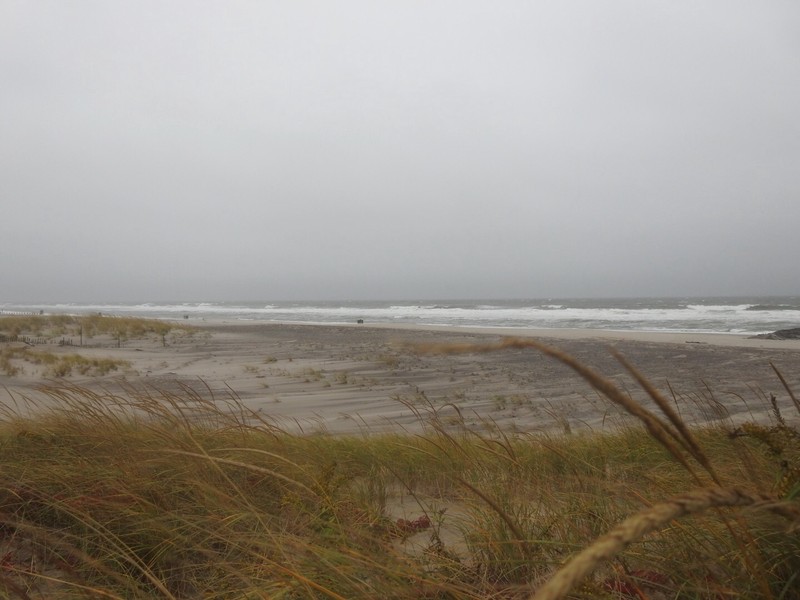 NORTHERN GANNETS, as reported by other birders earlier today, were in great abundance, with over 85 of these sulids seen today. The darker birds are immature; adult birds grow into beautiful white seabirds with a yellow wash on their head. Target species one, done! 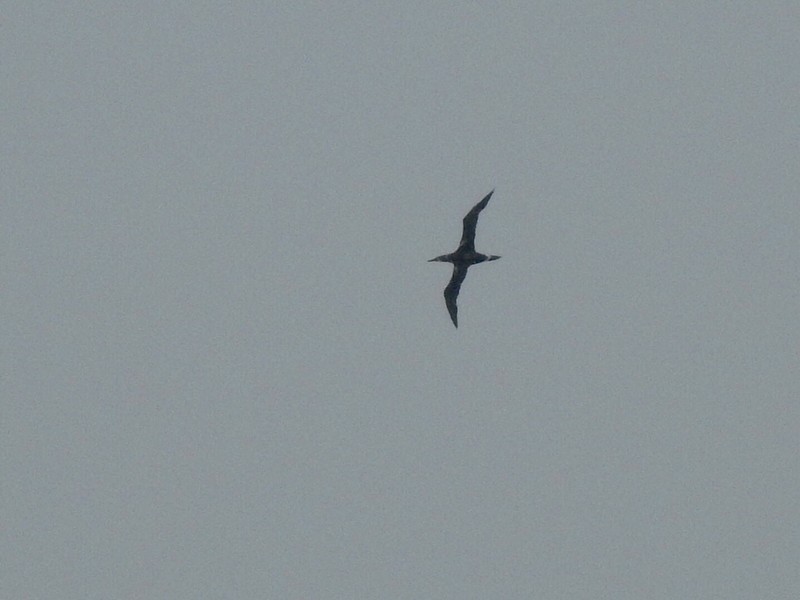 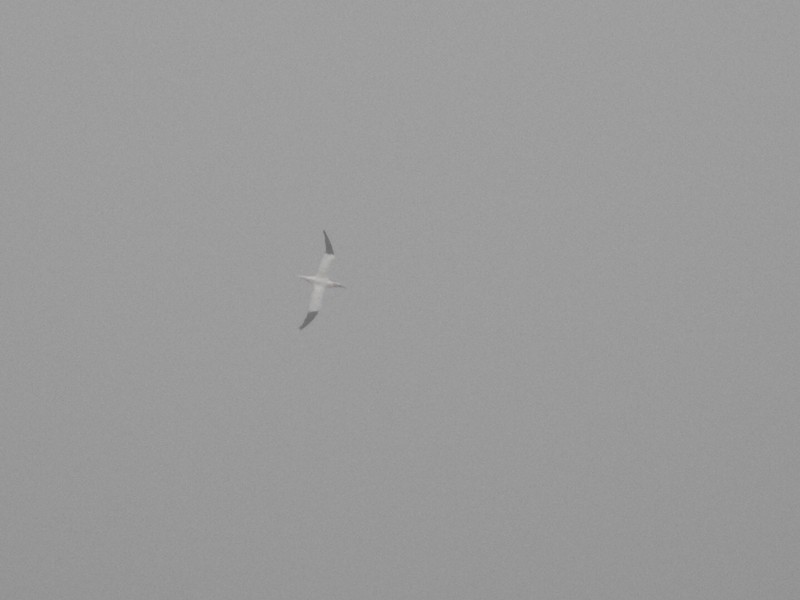 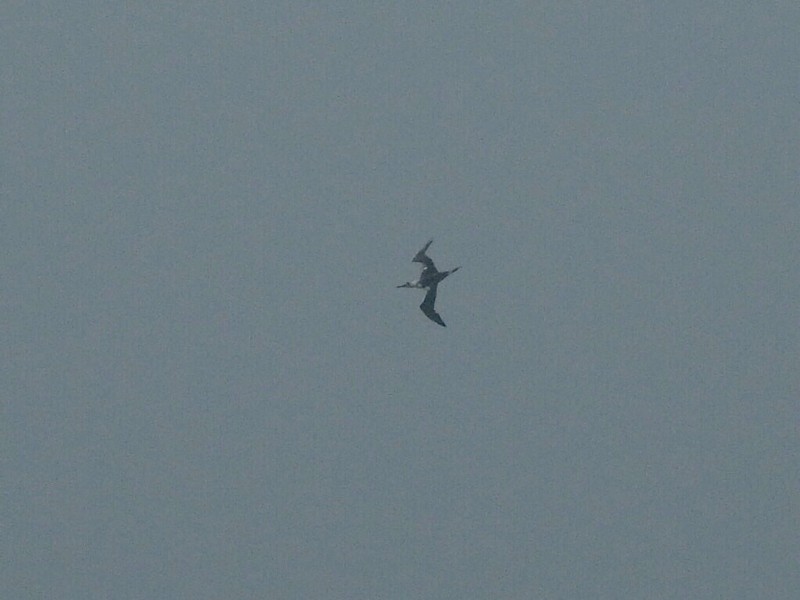 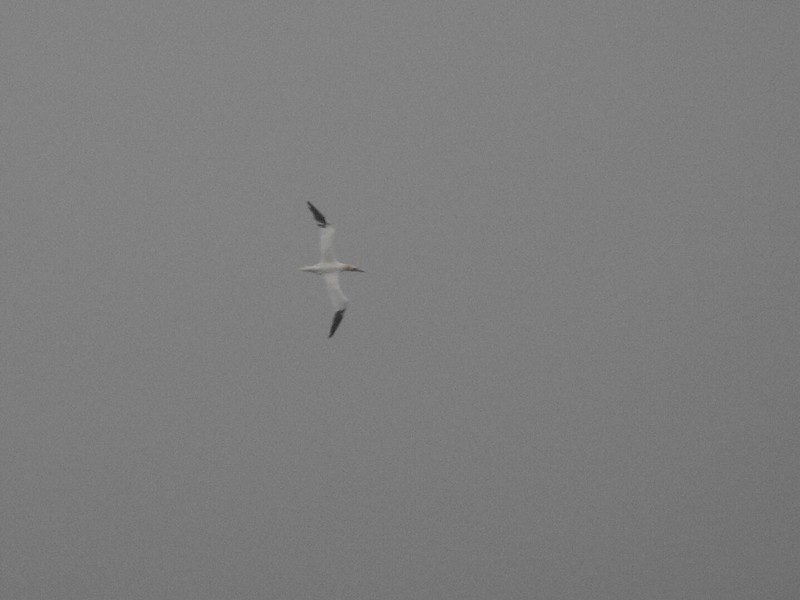 This fast-flying LAUGHING GULL briefly confused me for a hoped-for Parasitic Jaeger. 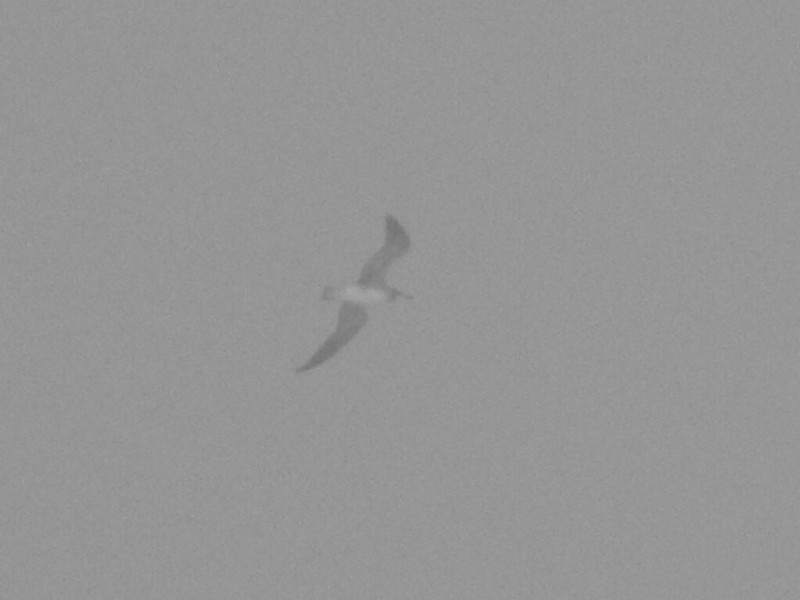 Then, I saw a small gull very buoyantly flying away from me. It had a black M pattern on its wings, a black spot behind its head, and sure enough, I had an amazing bonus bird for the day: BLACK-LEGGED KITTIWAKE! This is a very uncommon sight from shore that was probably only seen due to the extremely high southerly winds. The bird on the left is the kittiwake; if you squint, you can barely make out the black “M” patterning on its wings. Sorry, I know it’s a horrible photo. The larger bird on the right is in immature gannet. 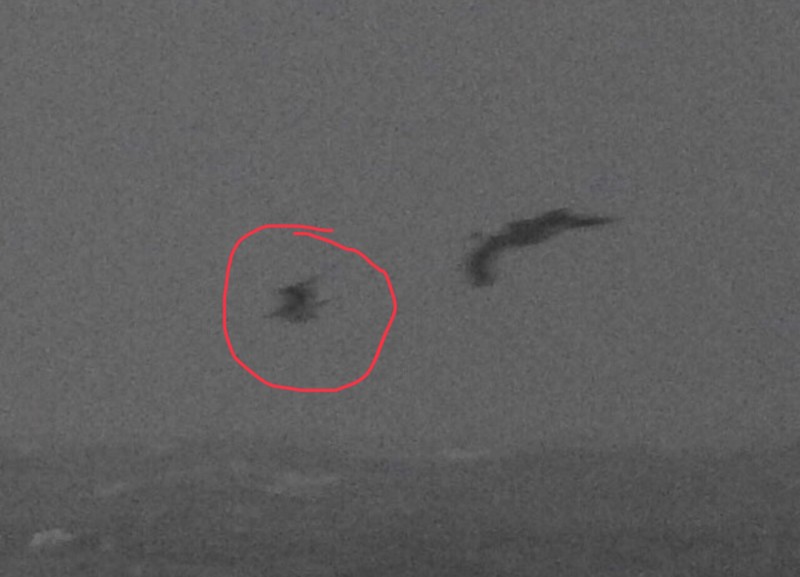 I found a deceased Horseshoe Crab which had washed up onshore: 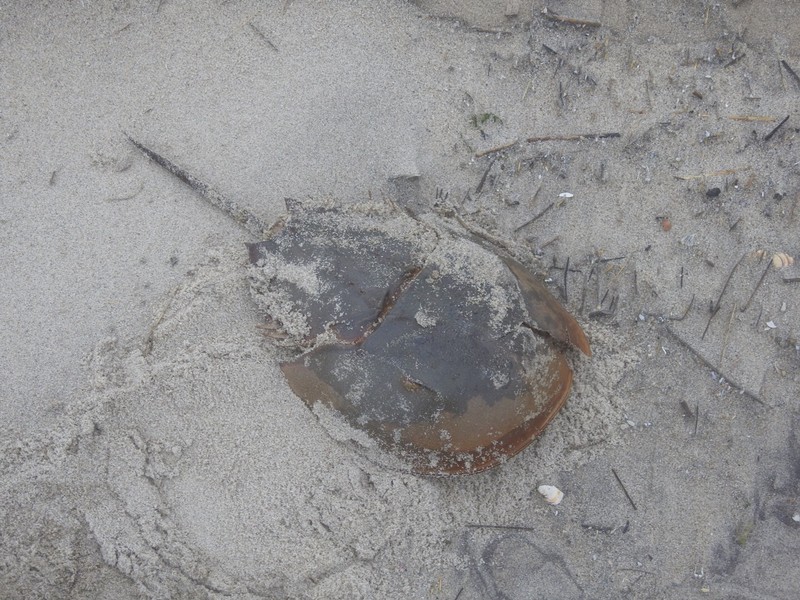 Then, I saw a darker-backed gull sitting on the beach and sure enough, I had a (the?) LESSER BLACK-BACKED GULL for a second week in a row! Too cool! Once again, it gave great views. 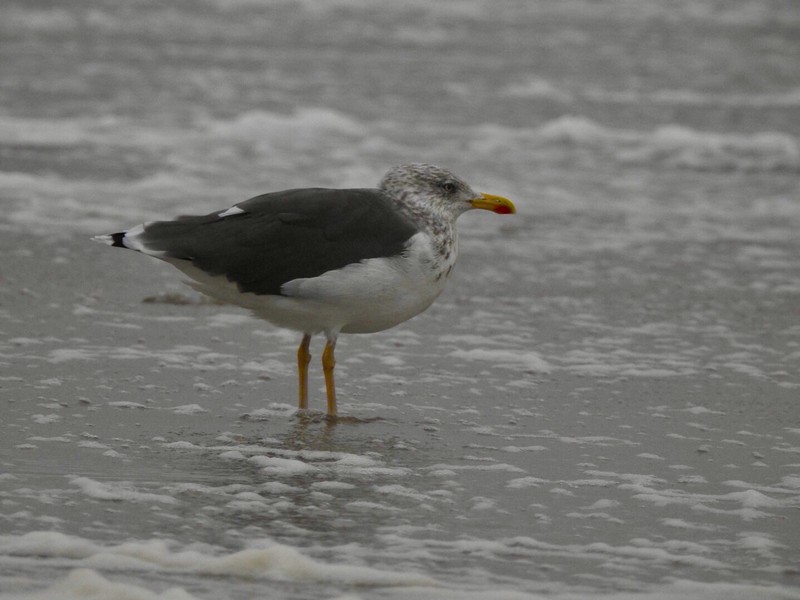 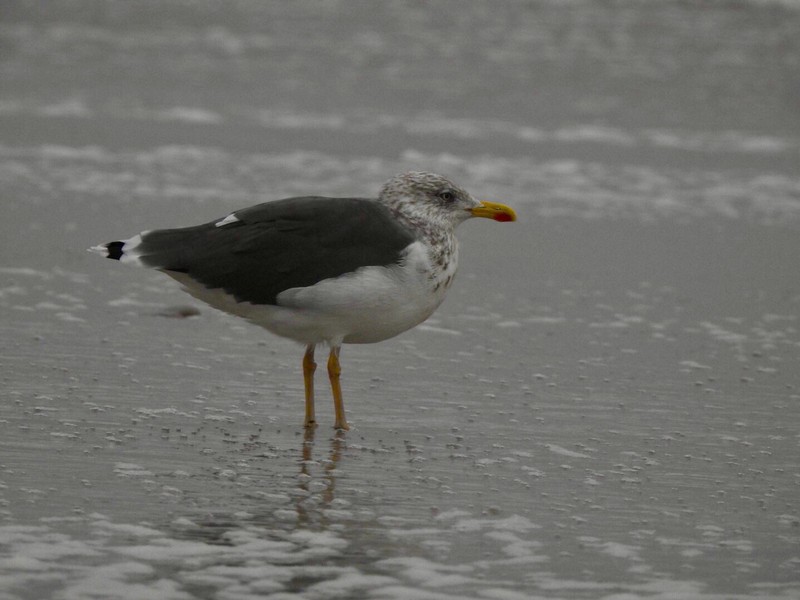 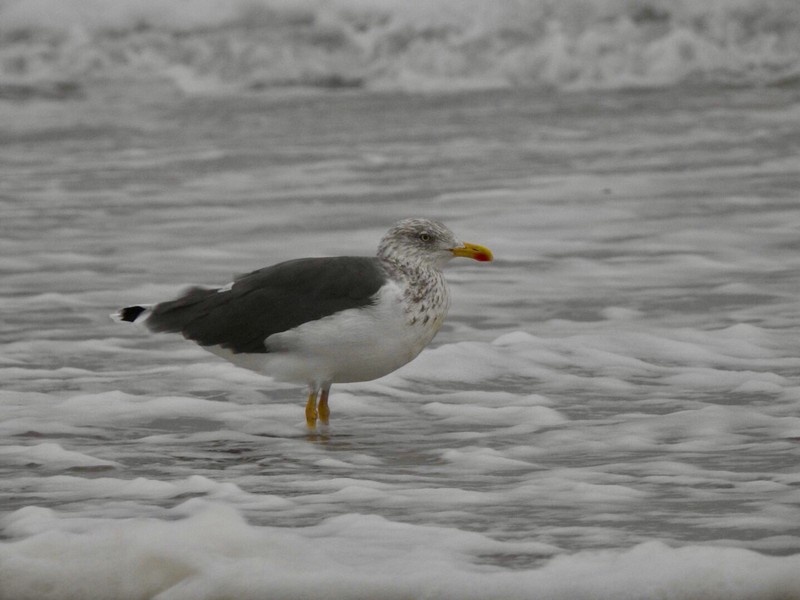 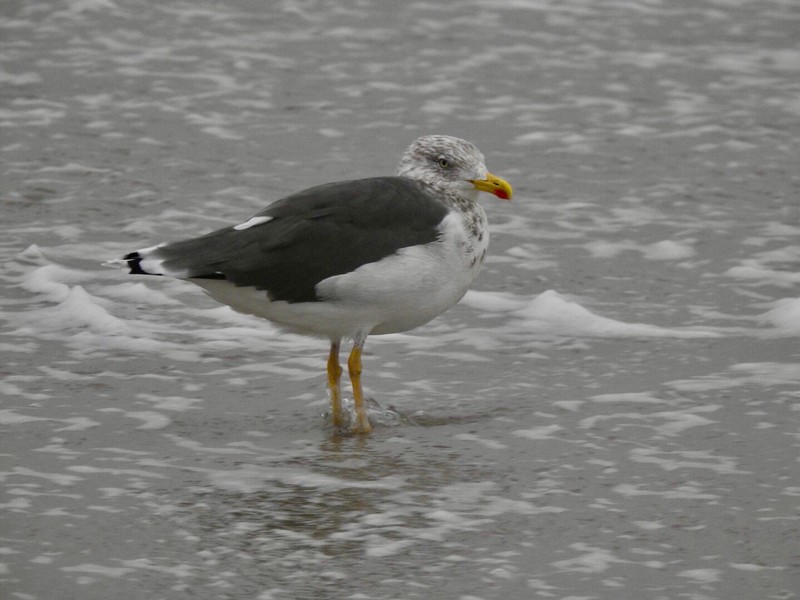 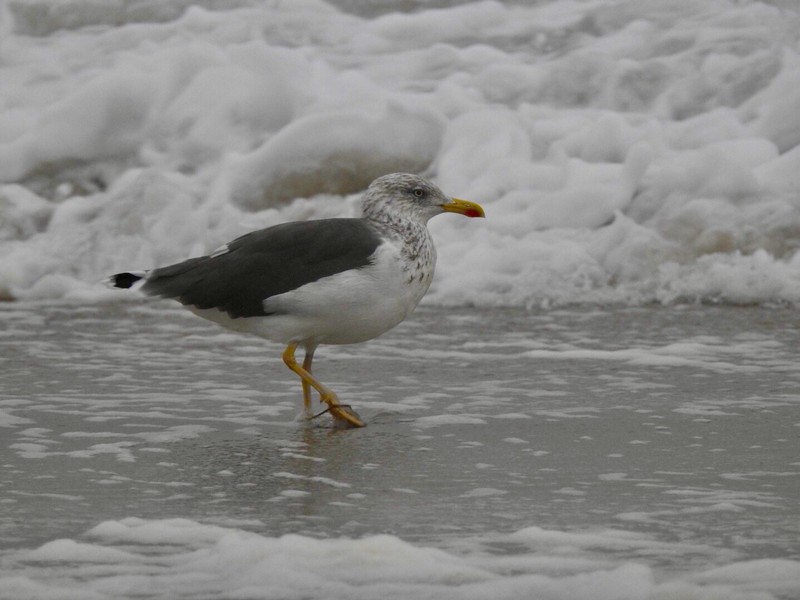 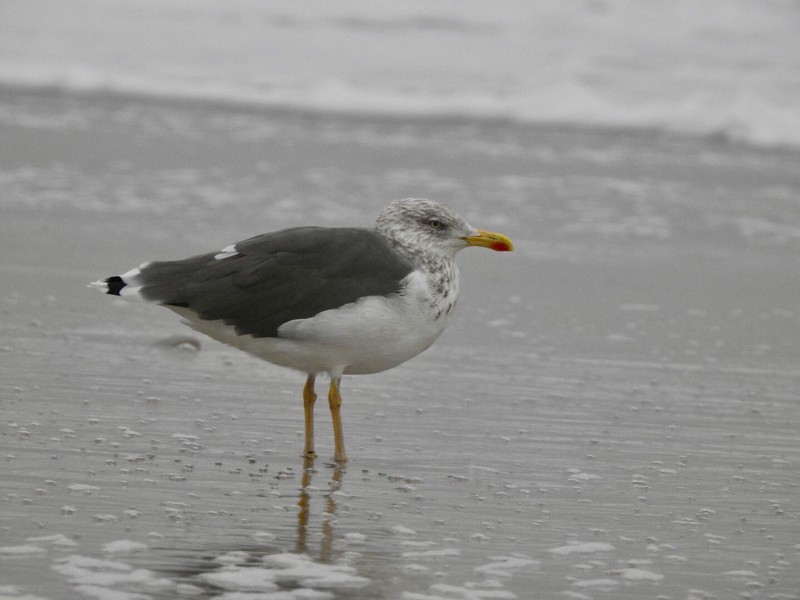 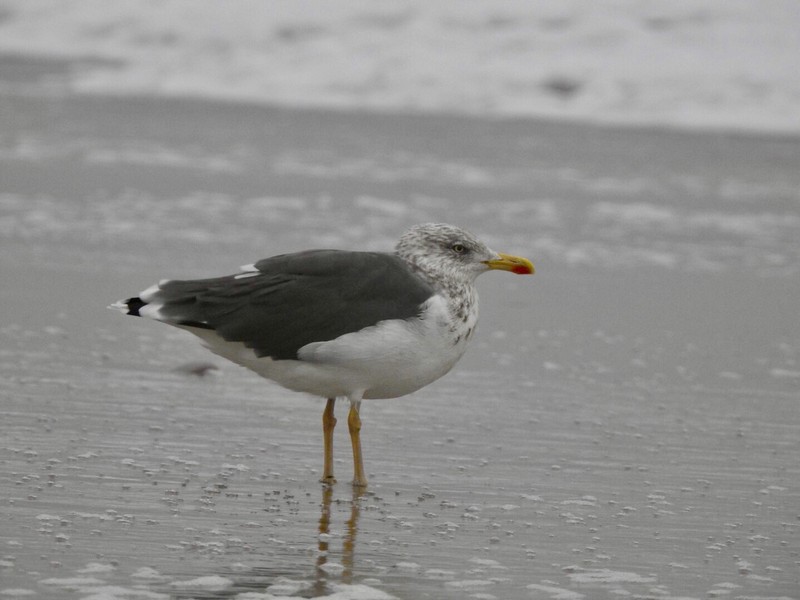 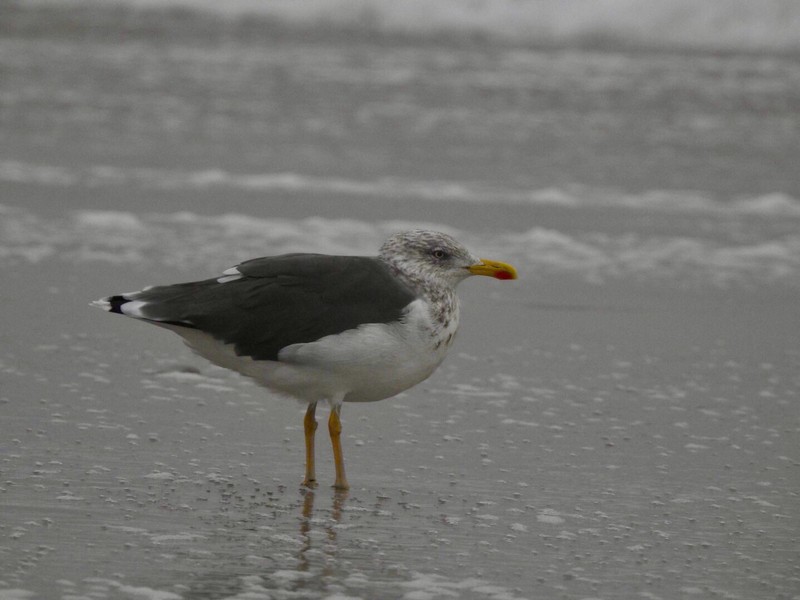 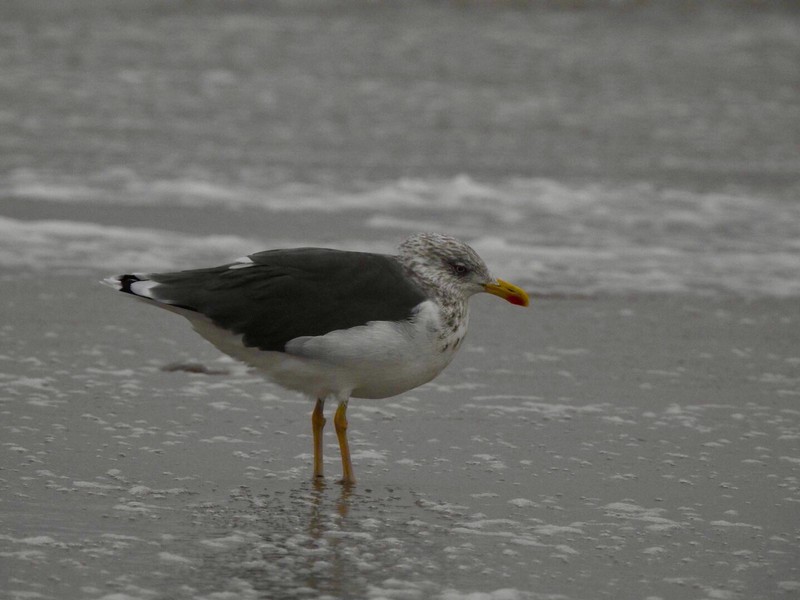 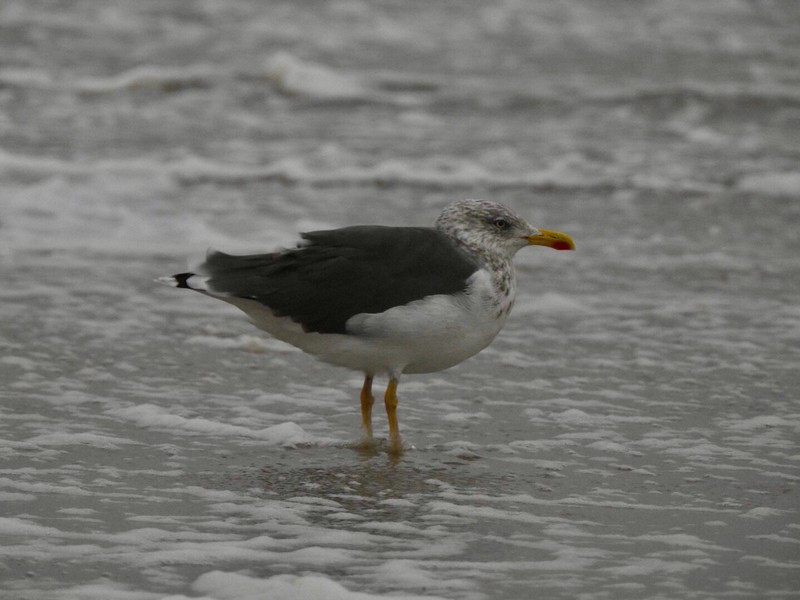 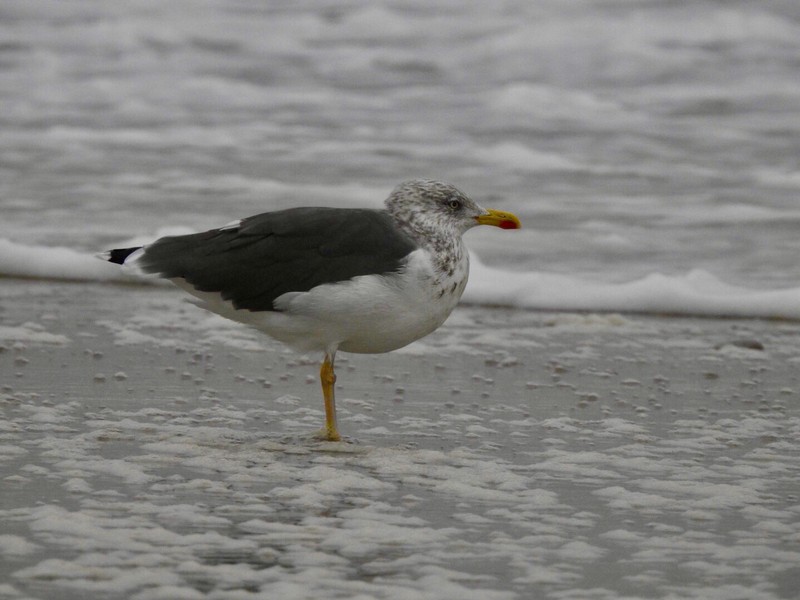 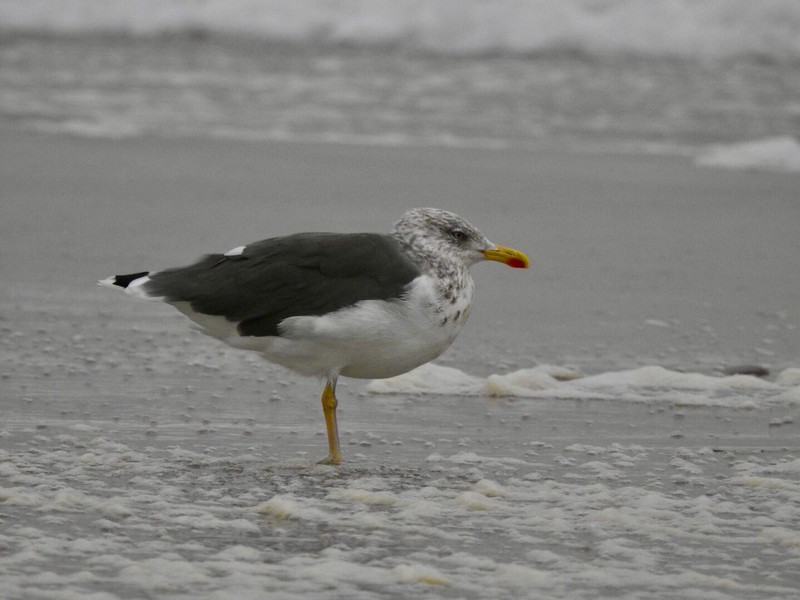 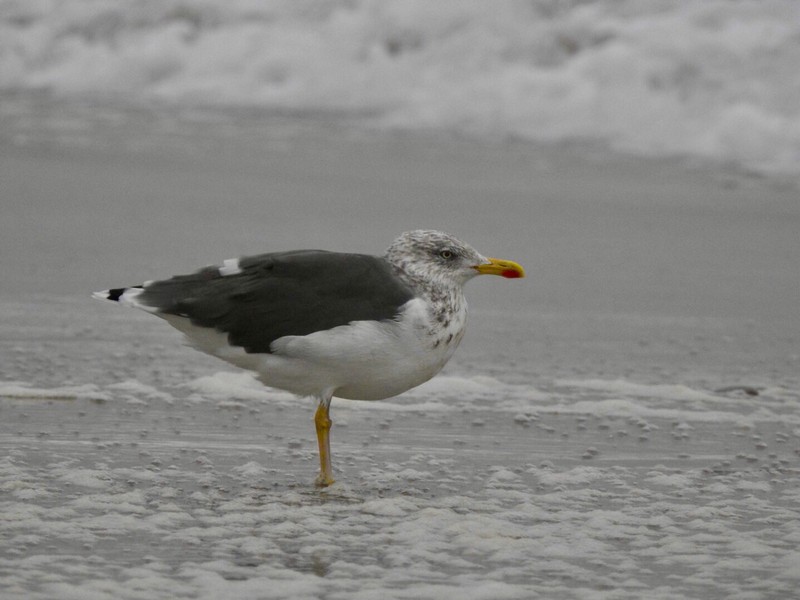 ROYAL TERNS were much less common this week than last; this was the only representative of the species that I saw this afternoon. 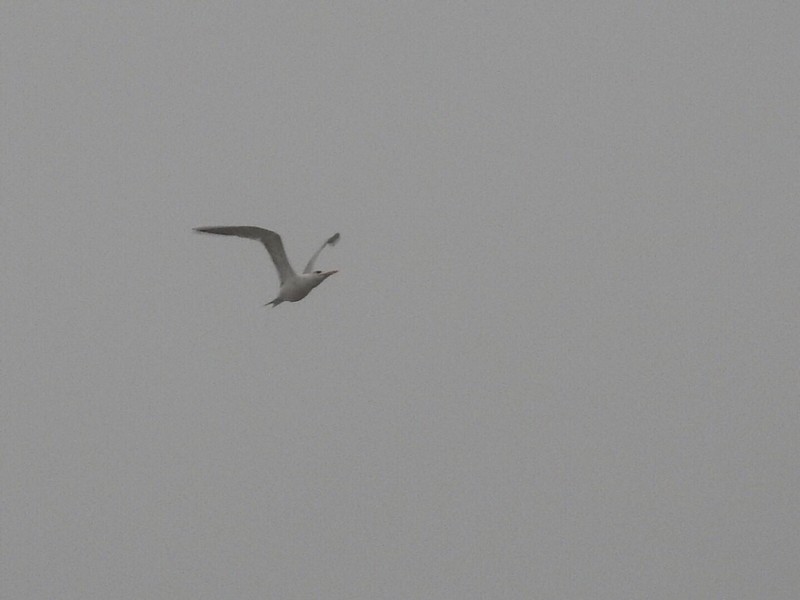 A great day! Bird-of-the-day to the unexpected Black-legged Kittiwake, only my second ever! Runners-up to all of the Northern Gannets and the wonderfully-cooperative Lesser Black-backed Gull. The full (small but mighty!) species list for the outing is included below.

Posted by skwclar 20:15 Archived in USA