Upon seeing a report of an immature male King Eider in Evanston IL yesterday night, I was extremely bummed — today I would be in Chicago to visit my family (more on that later) for O N E day, and I would certainly not have time to make the trek up to Evanston.

Come this morning, I wake up, and I see that the King Eider had flown down to Monroe Harbor near Jackson St in Grant Park, downtown Chicago! CRAZY! As this is a 20-minute walk from my condo, I wasted not a second and my dad and I headed over to the harbor. We had a duck to find!

Just after leaving our condo, we were sidetracked to find a stranded Brown Bat (species?) in front of the Chicago Cultural Center. We attempted to upright the animal, but it resisted, so we called Chicago Bird Collision Monitors who said they would come pick it up even though it’s a bat. Several friendly passerby helped the cause by alerting people to walk around the bat. 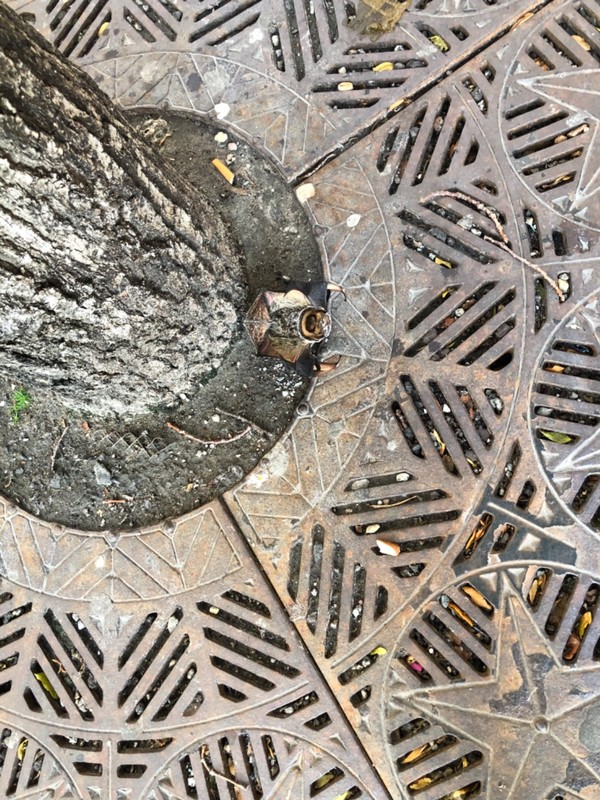 Upon arriving at Monroe Harbor and walking a bit along the lakefront, I spotted a large duck sitting among even-larger CANADA GEESE. Could it be...the sought-after Eider?? 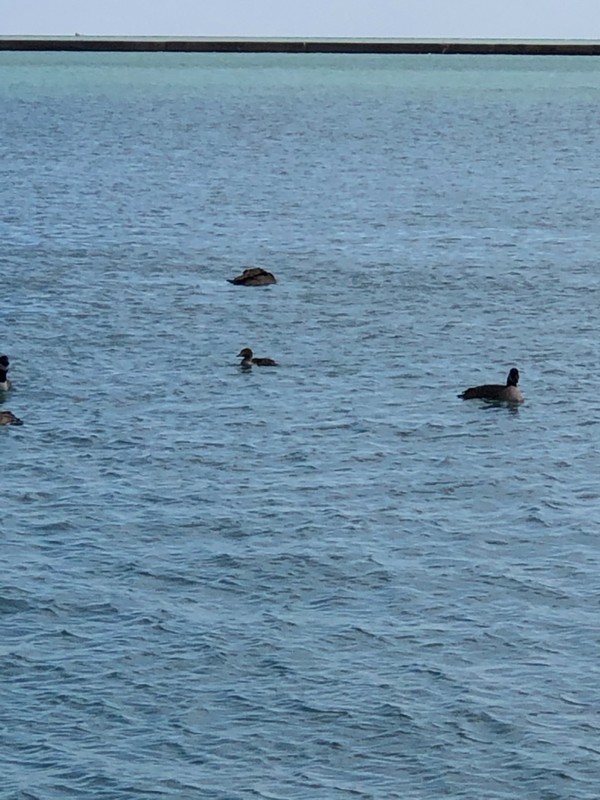 Unfortunately, I had only heard about the rogue Eider once I was almost already on the plane to Chicago, so I did not have my camera with me. BUT, this dang bird was so cooperative and allowed for many photos with my mom’s iPhone, the best camera I could muster today: 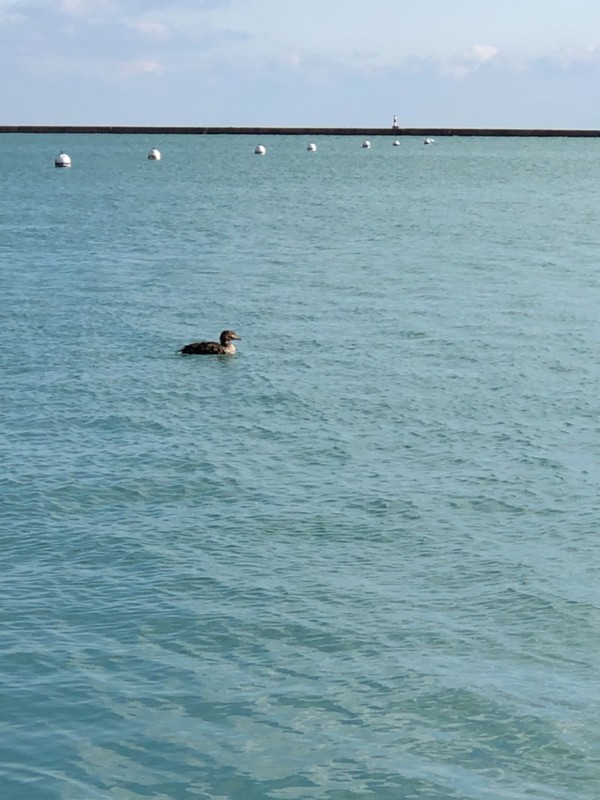 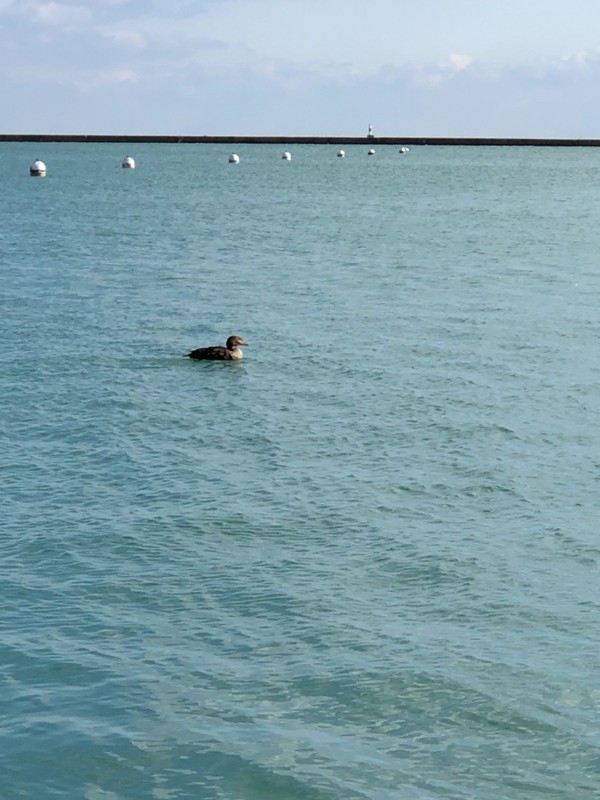 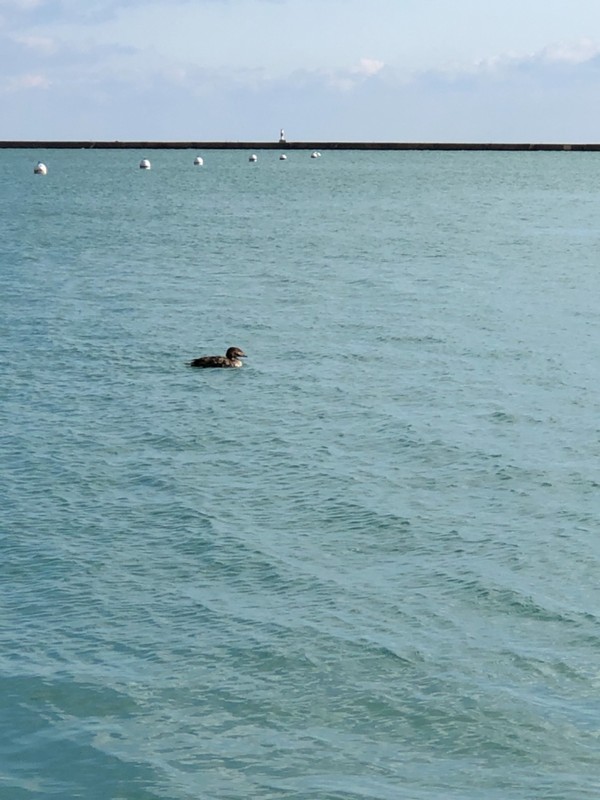 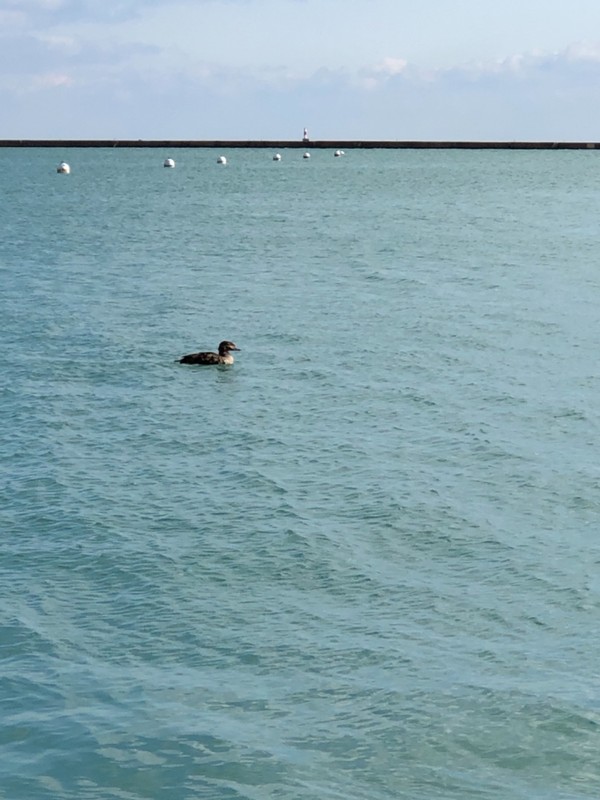 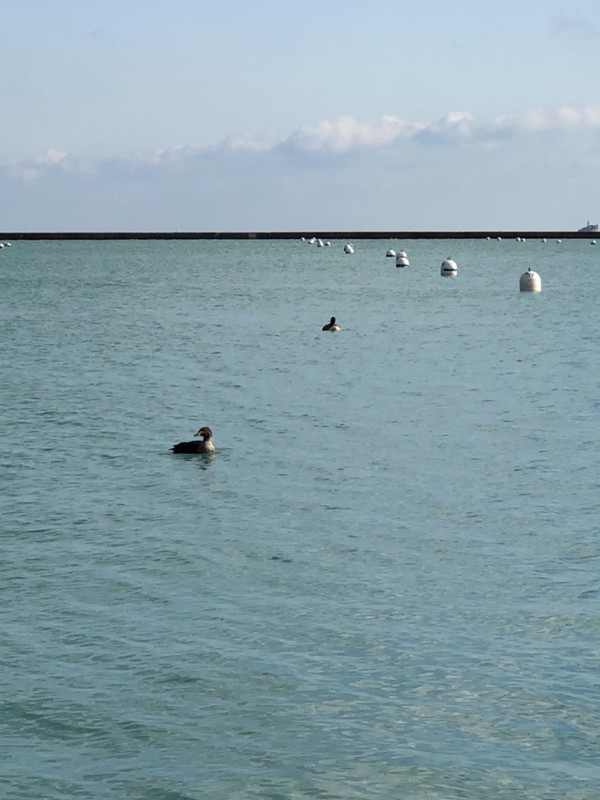 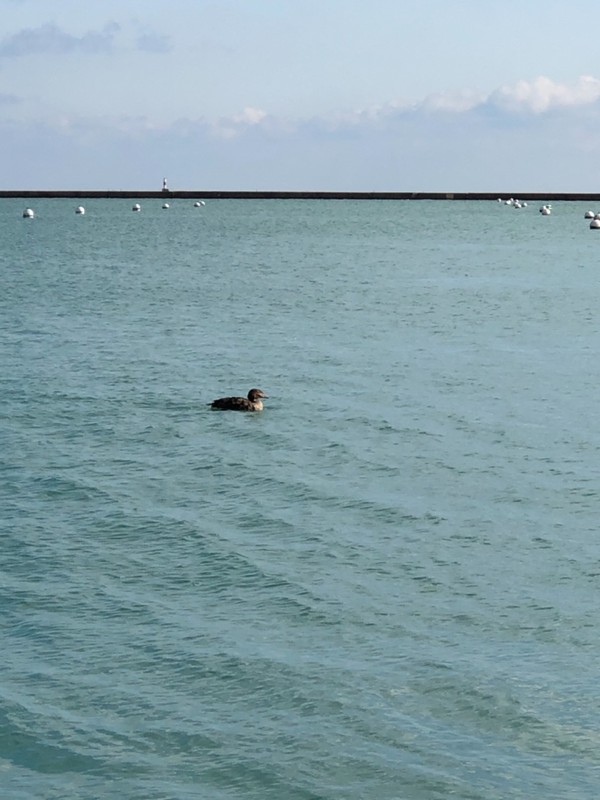 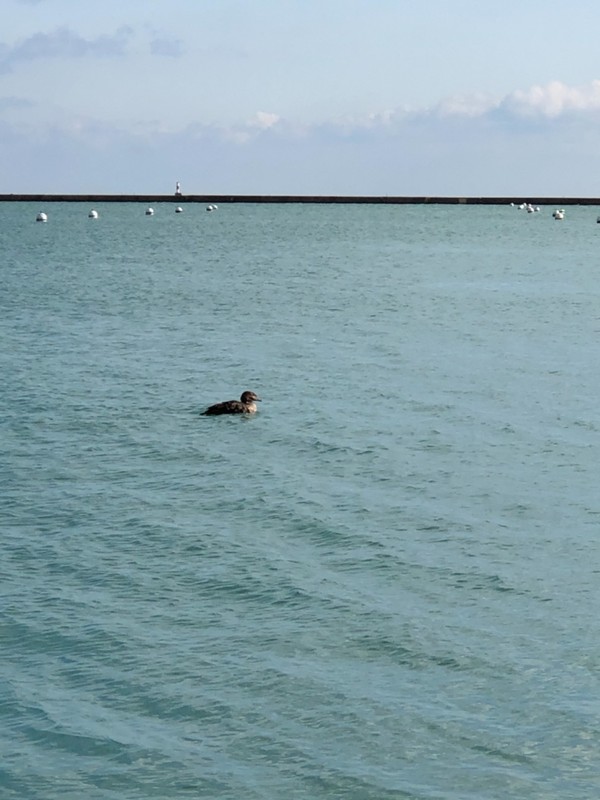 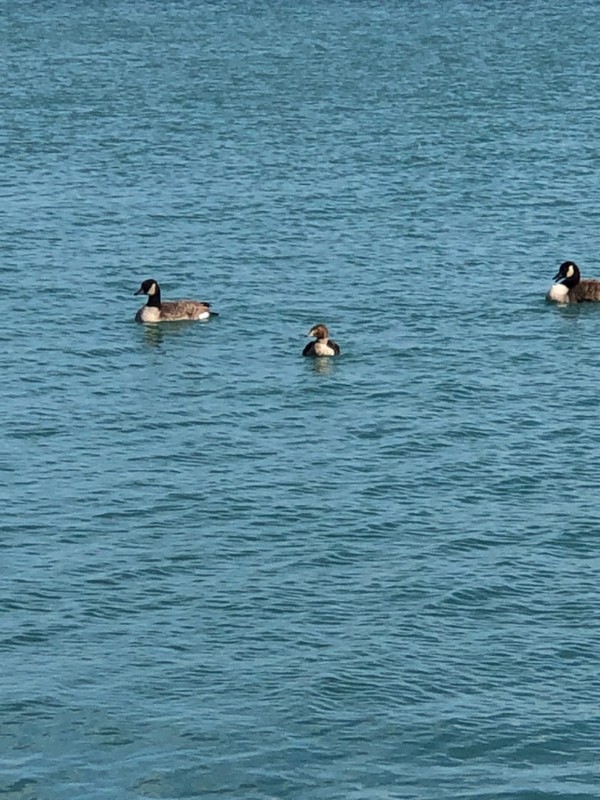 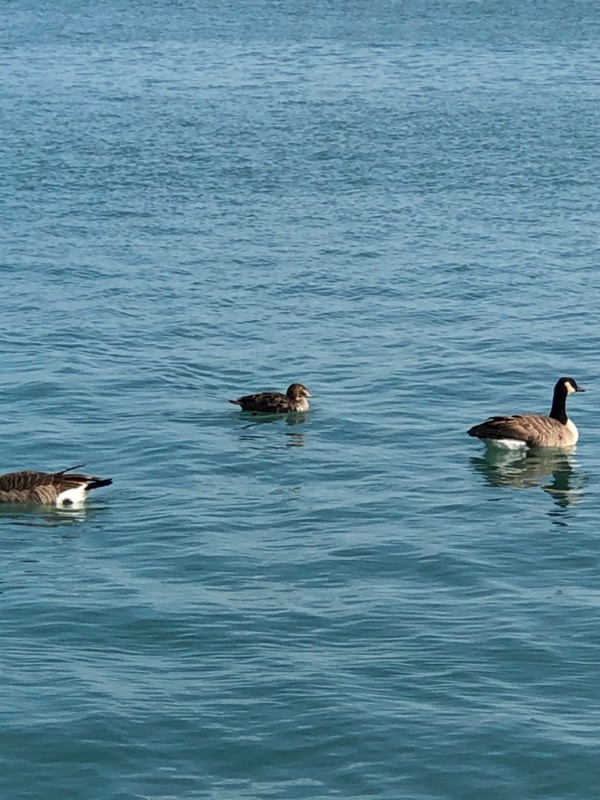 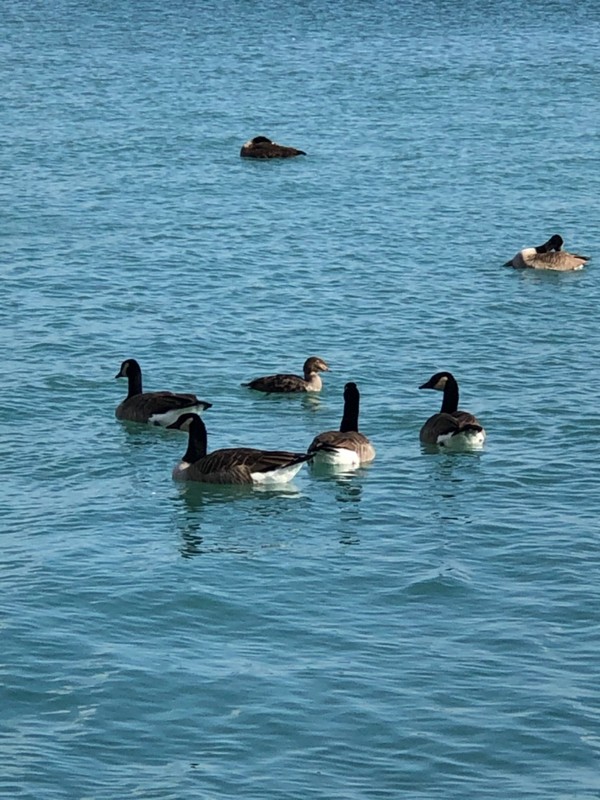 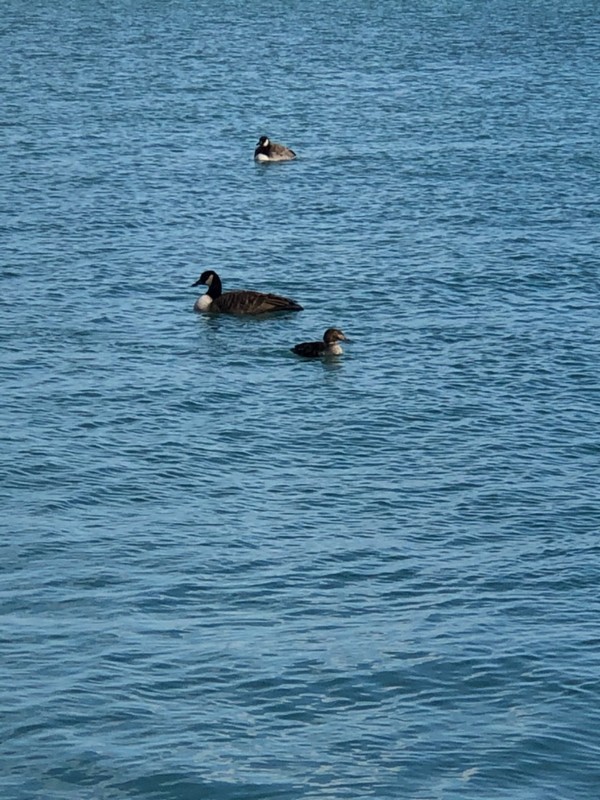 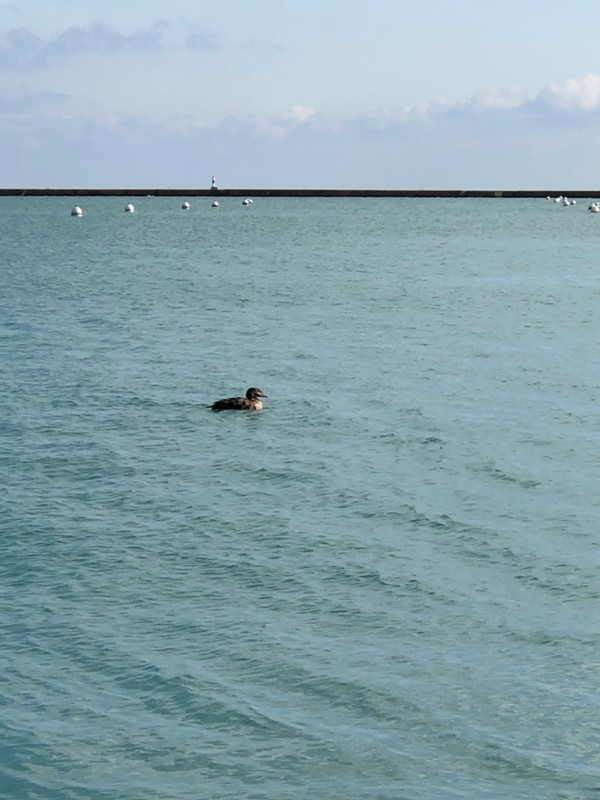 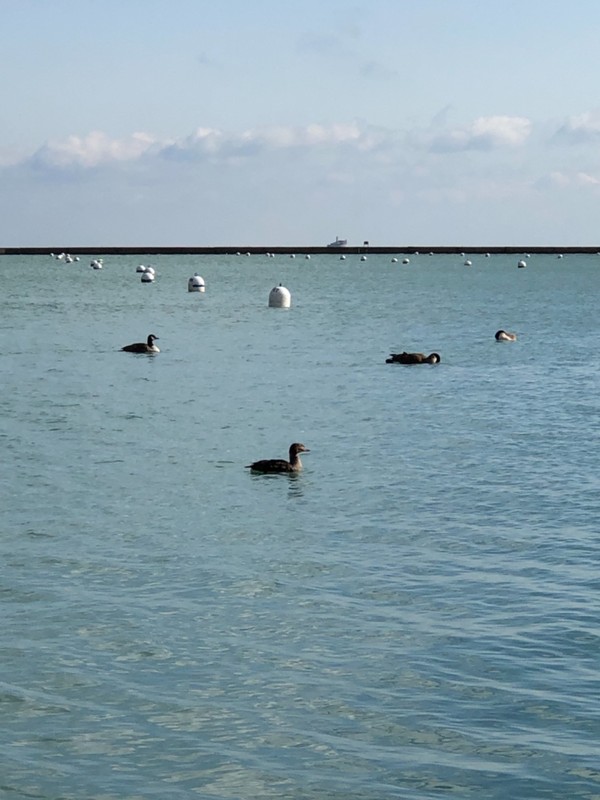 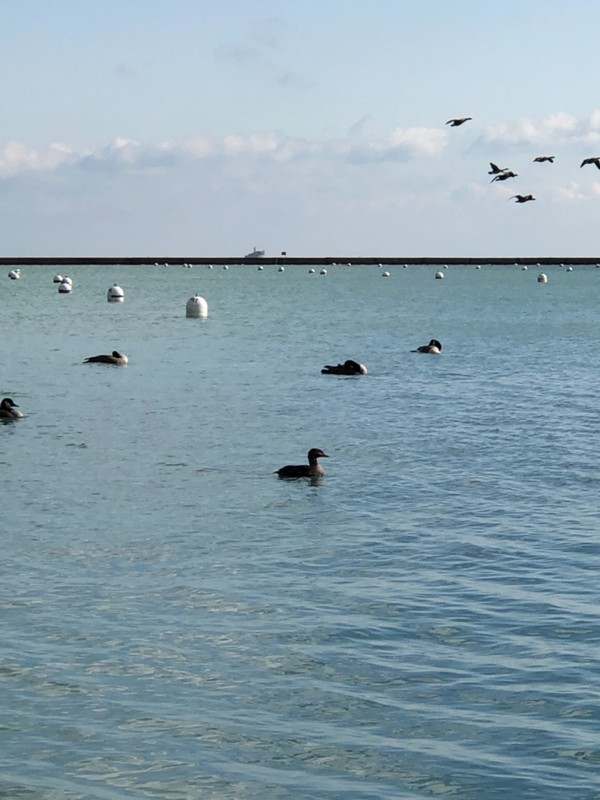 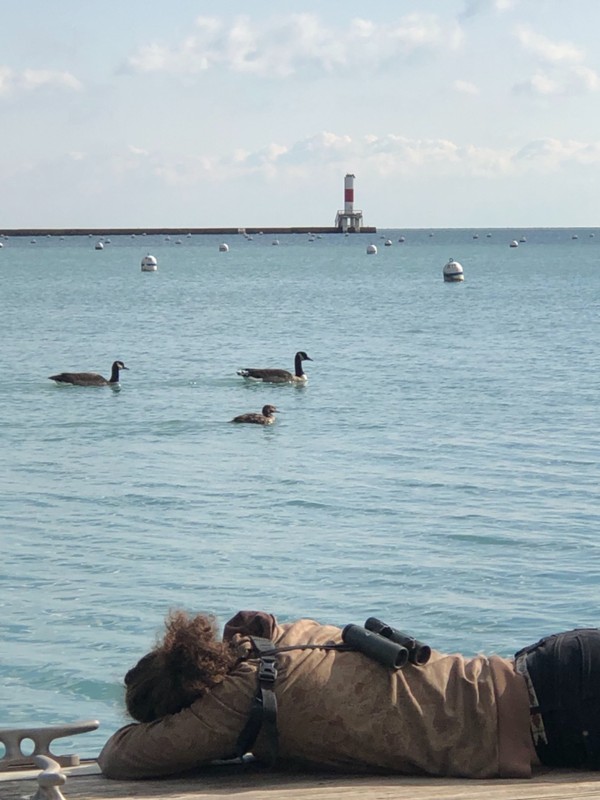 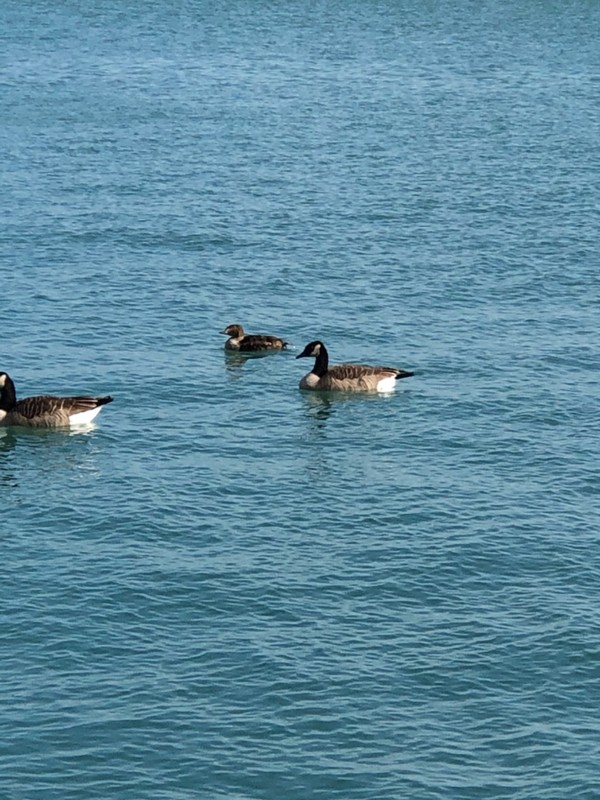 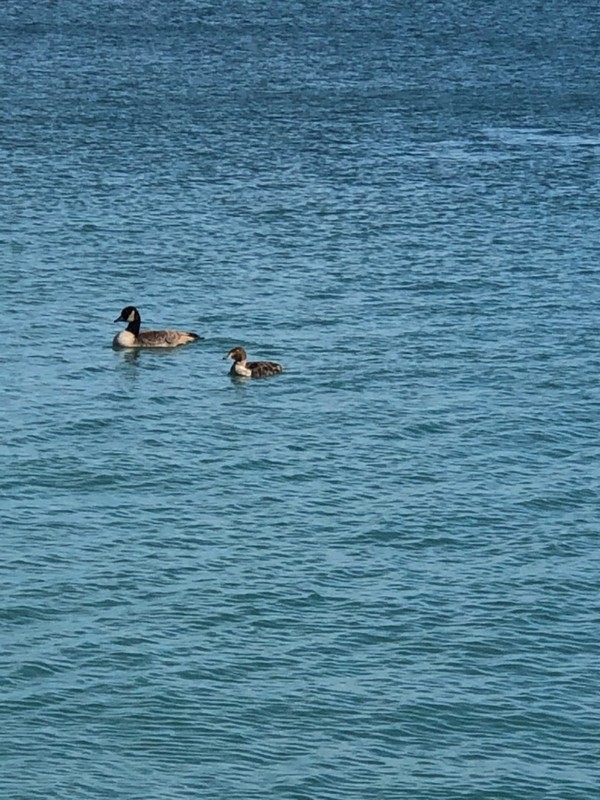 This HORNED GREBE was also around: 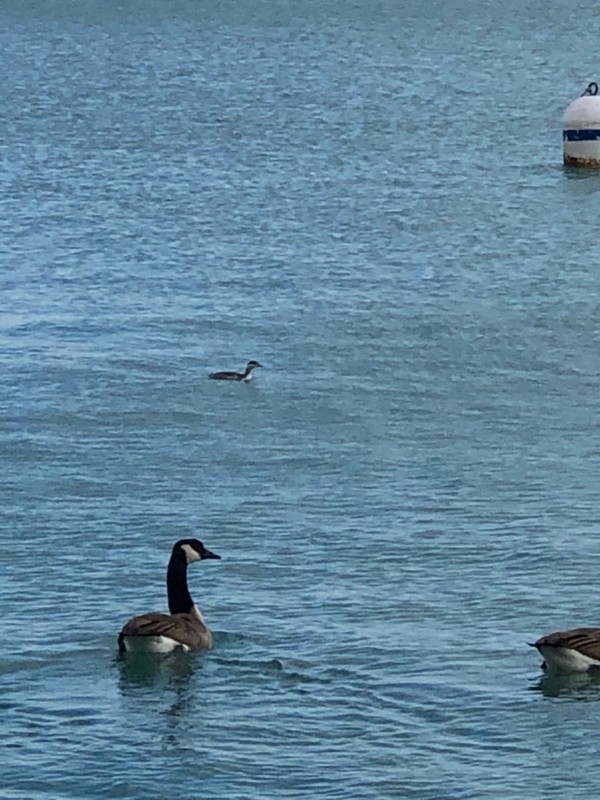 All I have to say is W O W! That’s birding for you — constant surprises! And especially, birding in November: November is a notorious month for bringing in rarities.

So, bird-of-the-day goes to the King Eider, just recently a life bird for me out at Orient Point, New York! So, so cool! Runner-up to the Horned Grebe.

Posted by skwclar 12:16 Archived in USA