Birding at the crack of dawn

Last night, I saw a post on the facebook page “What’s this bird?” and a woman on Long Island had clearly gotten a photo of an immature Golden-crowned Sparrow, a vagrant from the west coast! After almost having a heart attack, I scrambled to check the Long Island Railroad sunday morning schedule and the location of the bird, and sure enough the county park where it was seen was just three blocks away from a railroad station! So, I was up at 5:25am this morning, hopeful to find my lifer Golden-crowned Sparrow.

Upon departing the Long Island Railroad train at 8:10am, I was caught in a light snow shower: 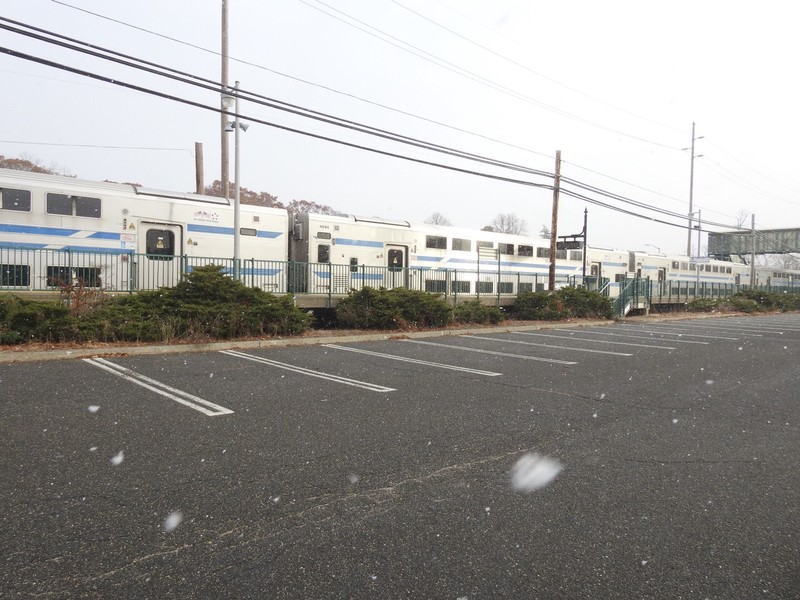 After a quick ten-minute walk, I arrived at the Brookside County Park where the sparrow was reported on friday. A whole bunch of birders were gathered on the back porch of the visitor center and they luckily said the bird had just been seen. There were certainly sparrows around — of the common WHITE-THROATED variety: 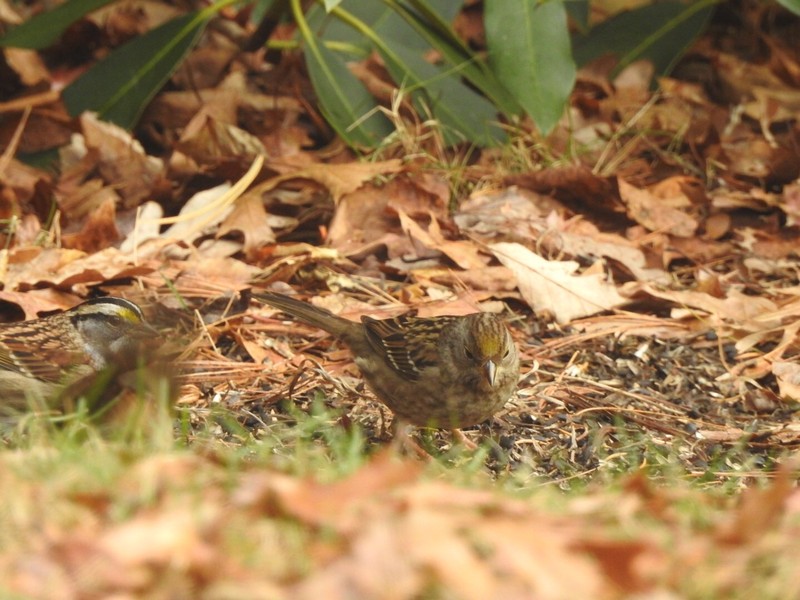 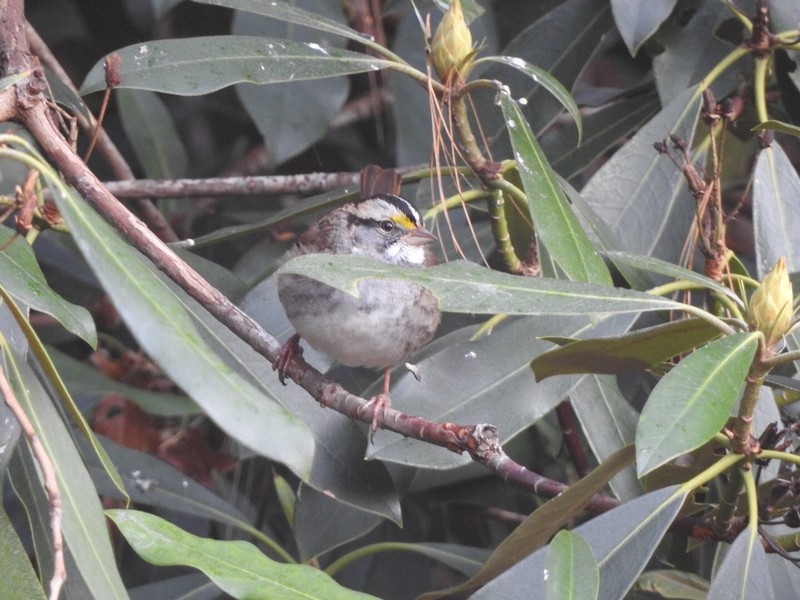 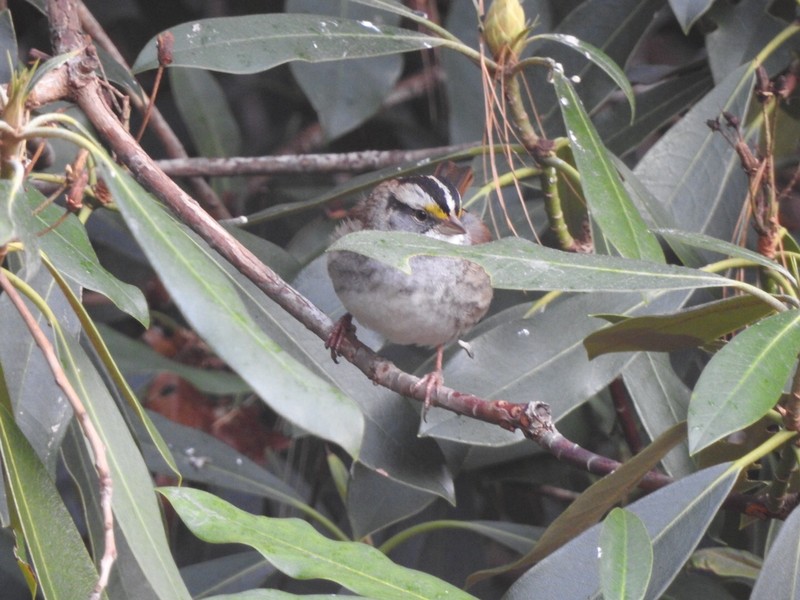 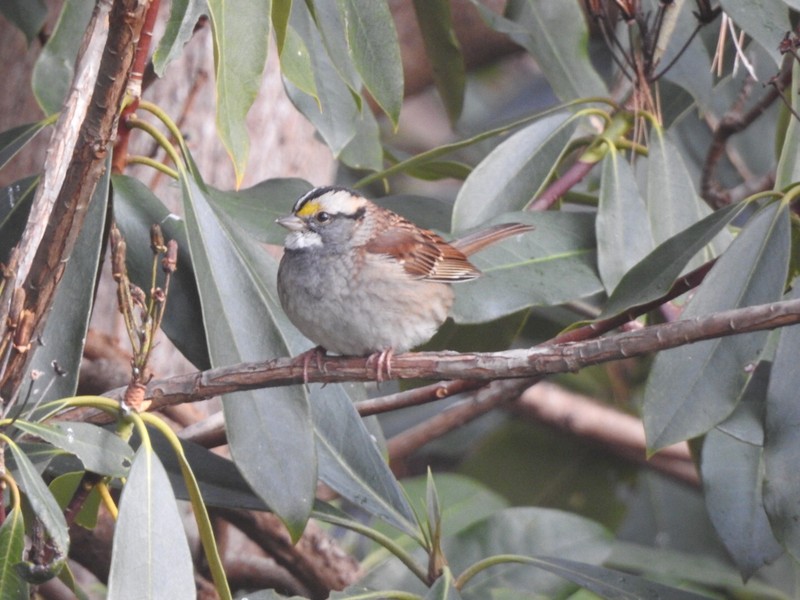 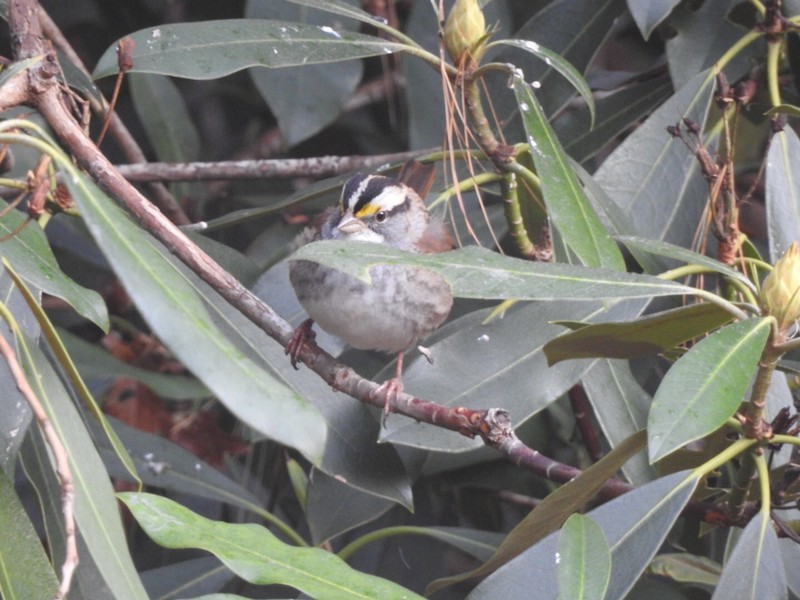 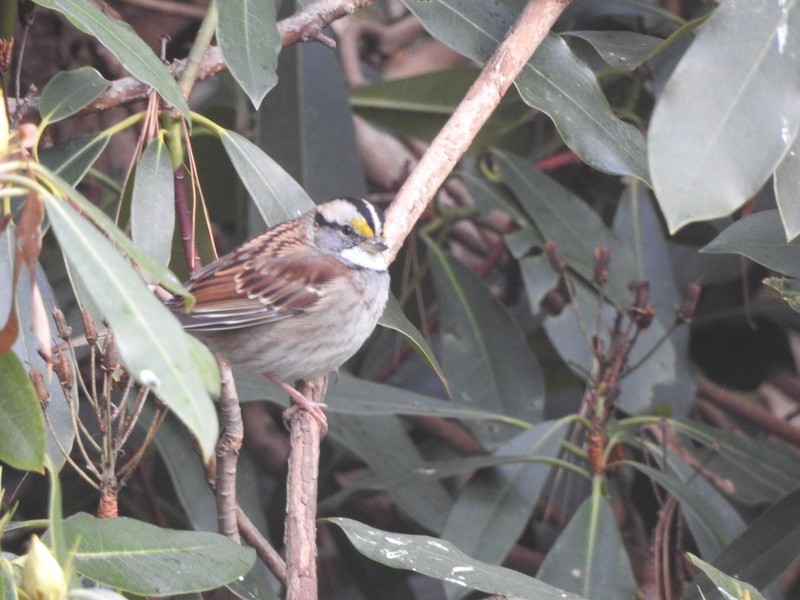 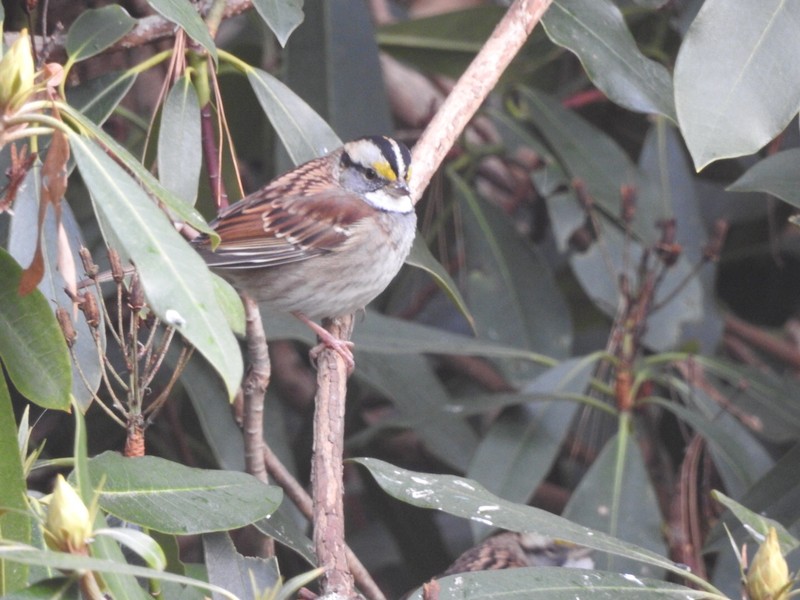 As well as a BLACK-CAPPED CHICKADEE: 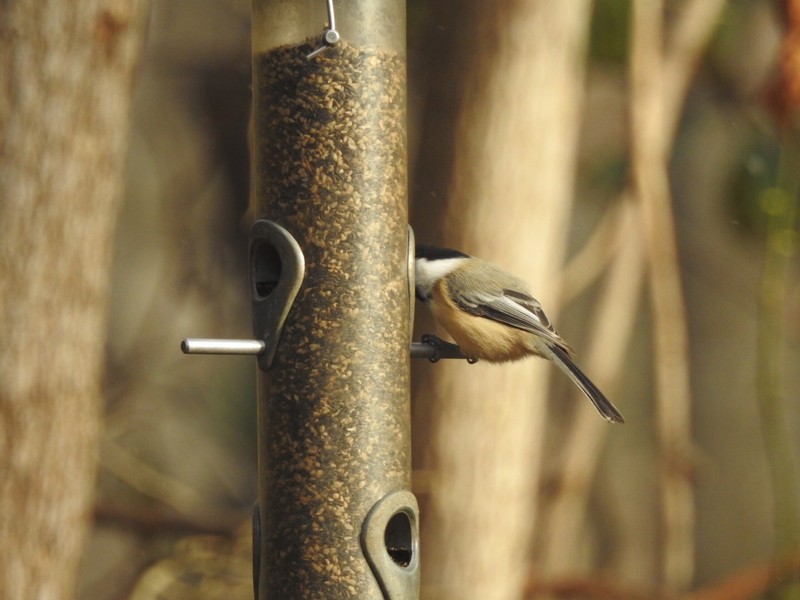 Unfortunately, it seemed to have a tumor on its right cheek. Nature can be beautiful, but it’s important to remember that it can be absolutely be cruel, as well. 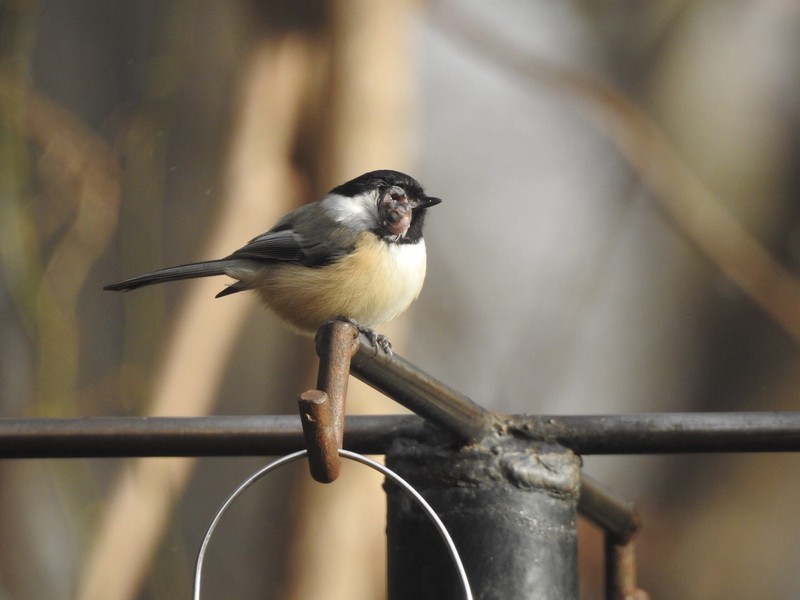 Then, my target bird arrived: the immature GOLDEN-CROWNED SPARROW! This was almost casual-seeming among the many birders and photographers gathered there because it had apparently been in and out of the area every few minutes all morning. Note the slight bit of yellow one can see appearing on its crown: adults sport a full golden crown, somewhat reminiscent of the white on top of a related species, the White-crowned Sparrow. Awesome life bird!!! 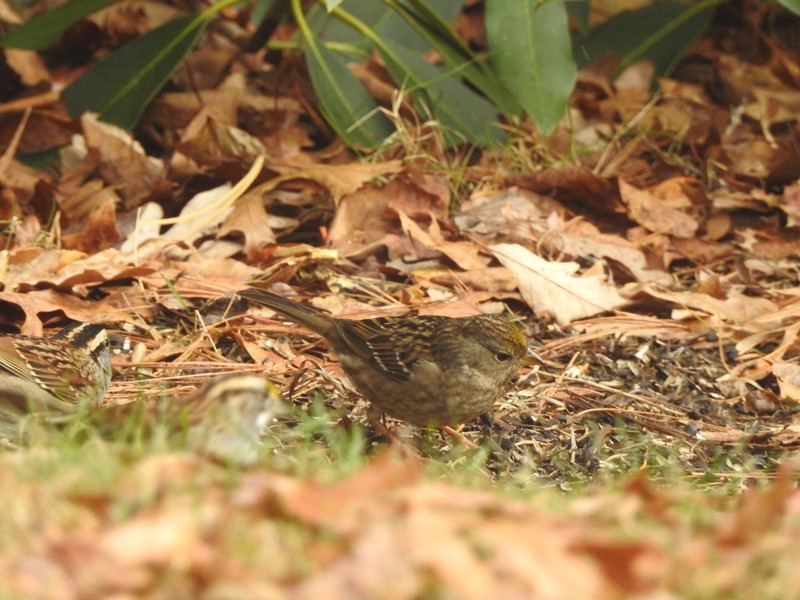 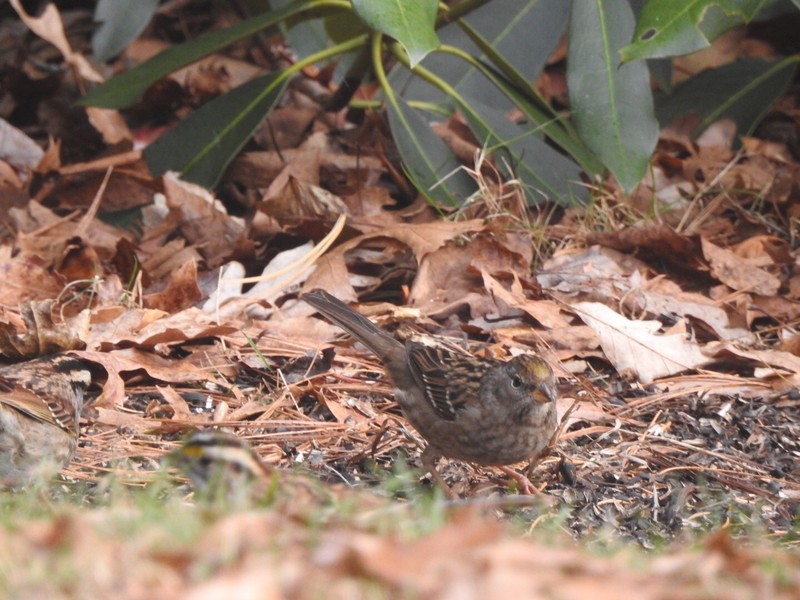 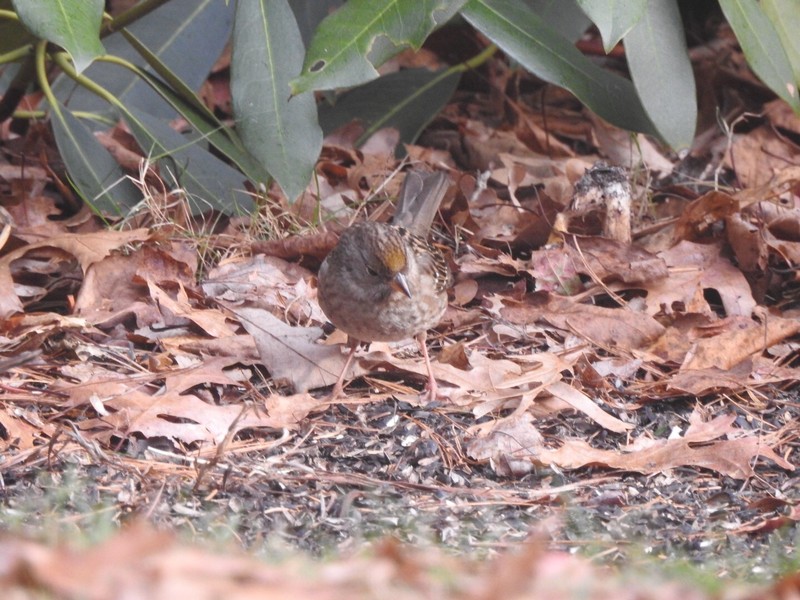 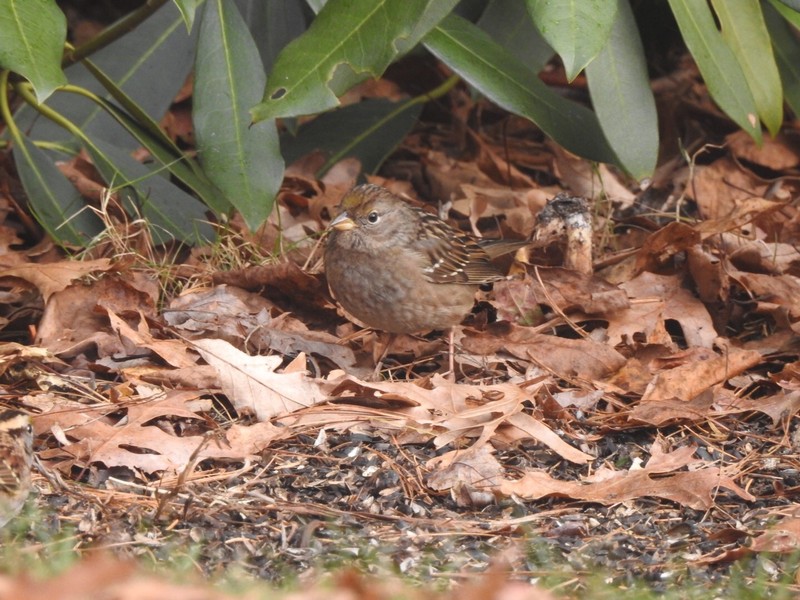 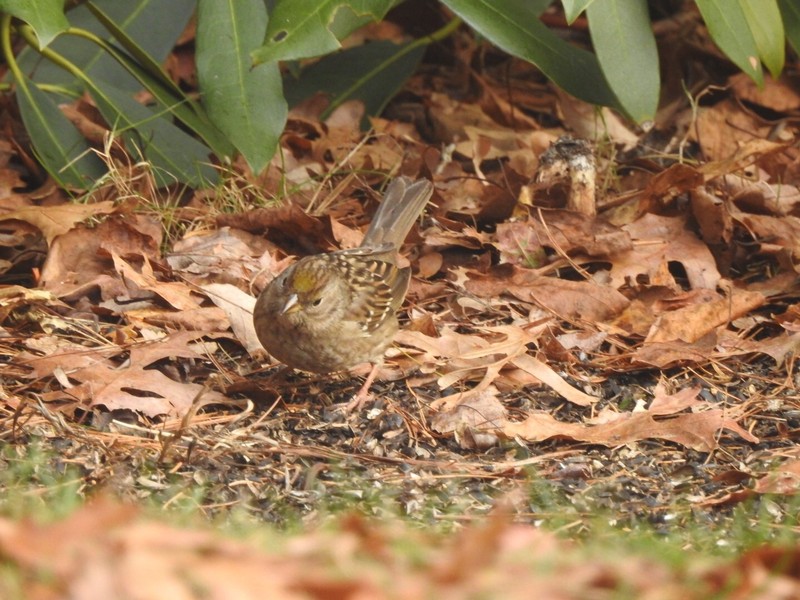 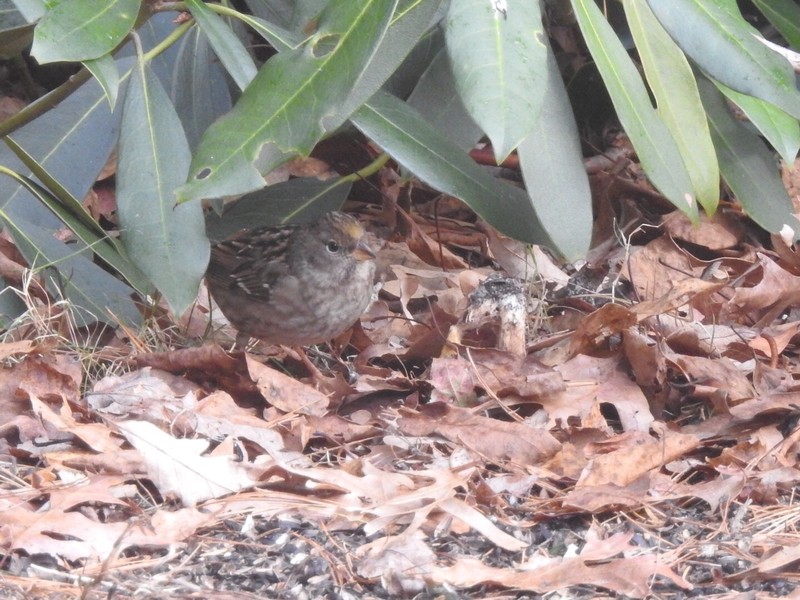 Here it is posing with WHITE-THROATED SPARROWS: 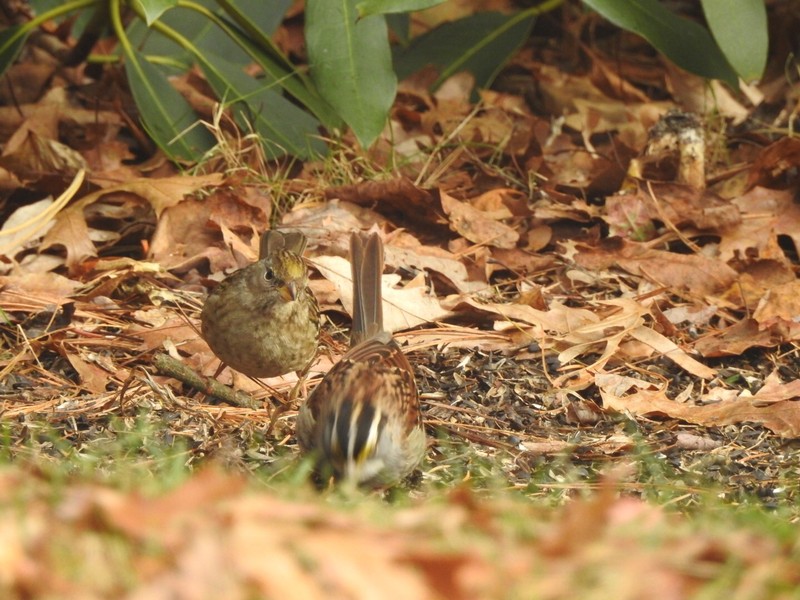 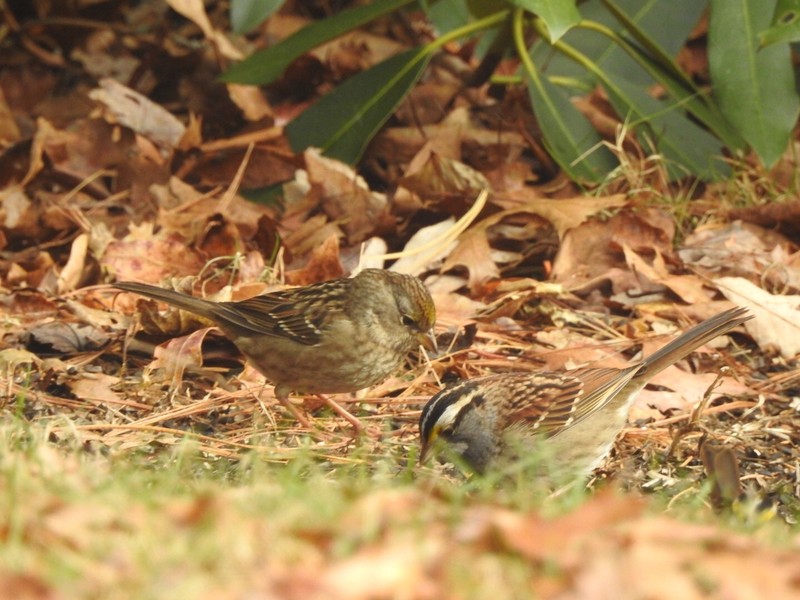 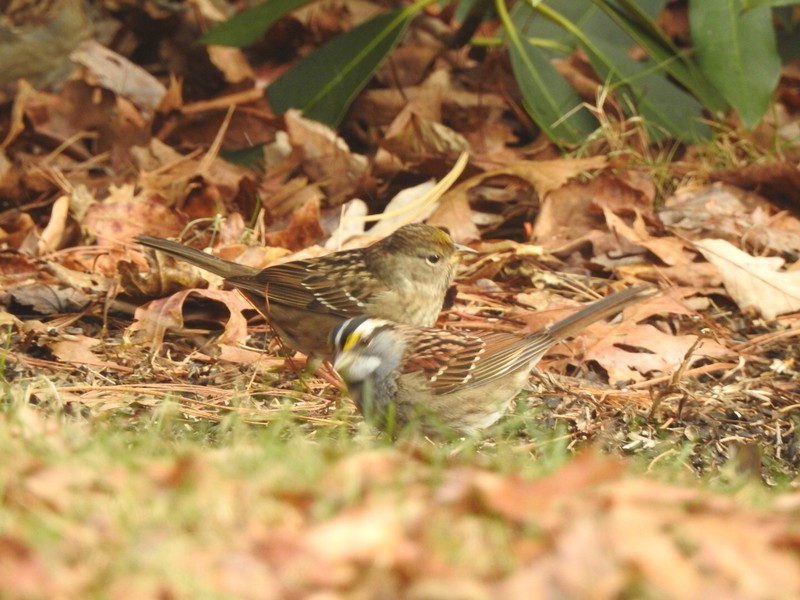 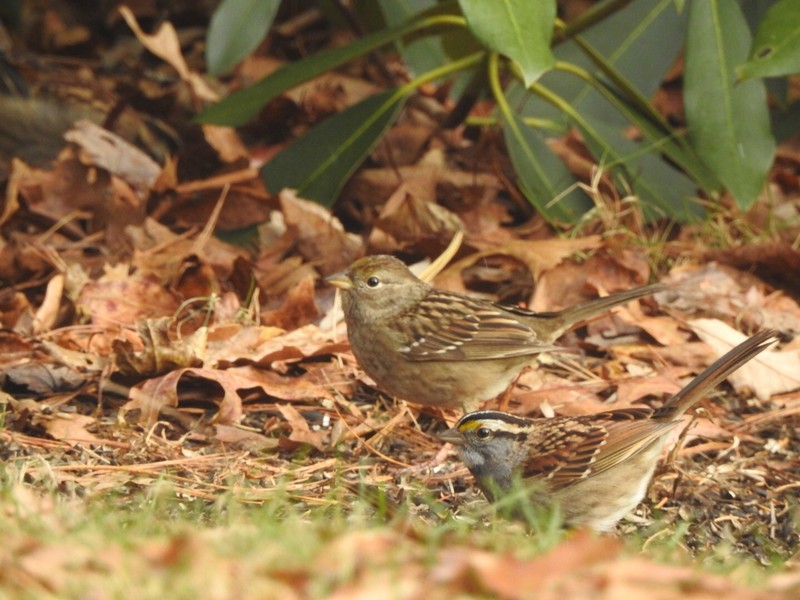 Because of the quick appearance of the bird, I looked at the train schedule and realized that if I immediately walked back to the station, I could catch the next train back to Manhattan. On the walk back to the station, common birds were fairly active such as this NORTHERN MOCKINBIRD: 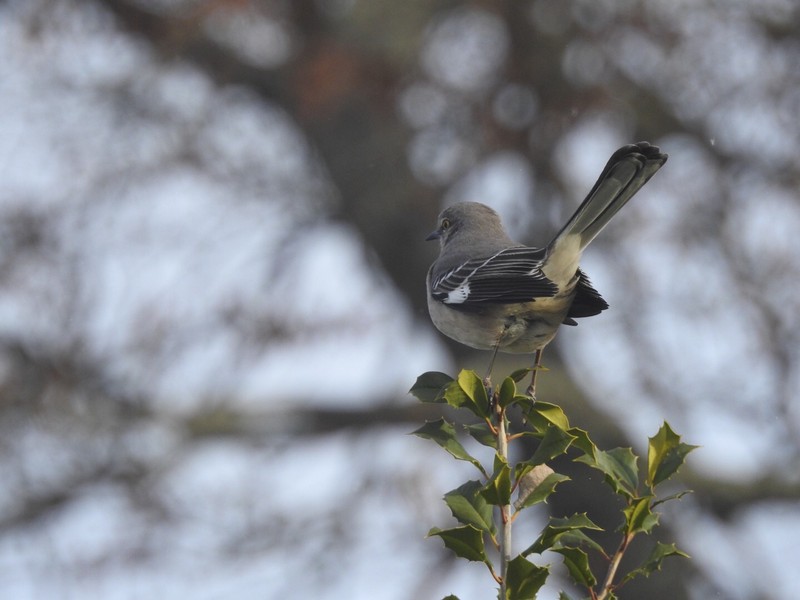 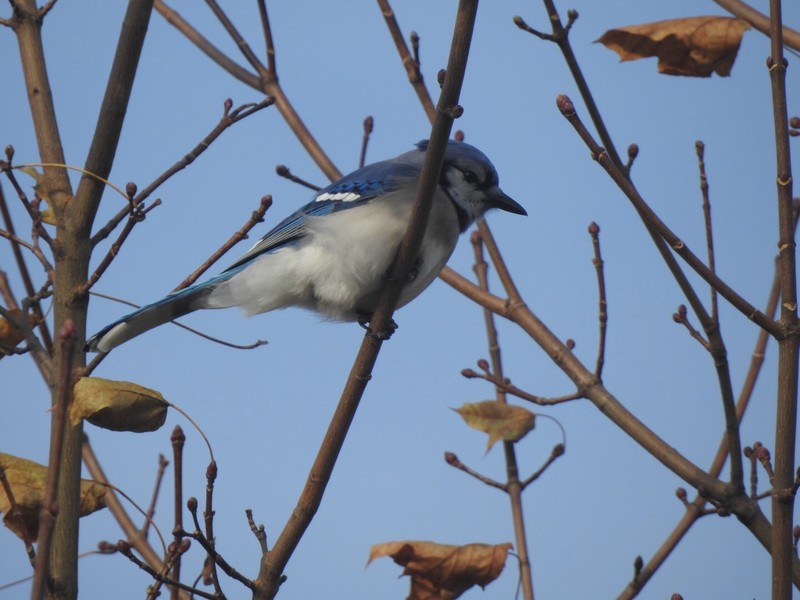 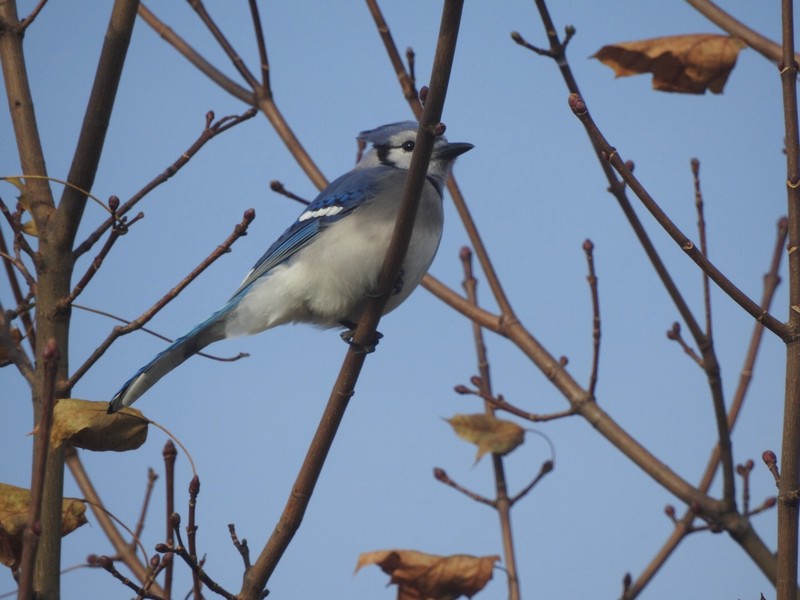 One of the loveliest parts of my day was meeting and chatting up a very kind woman on the train named Eileen who was interested to here my “Golden-crowned Sparrow odyssey.”

It was also nice to have brunch in midtown with my dad after getting off of the Long Island Railroad: 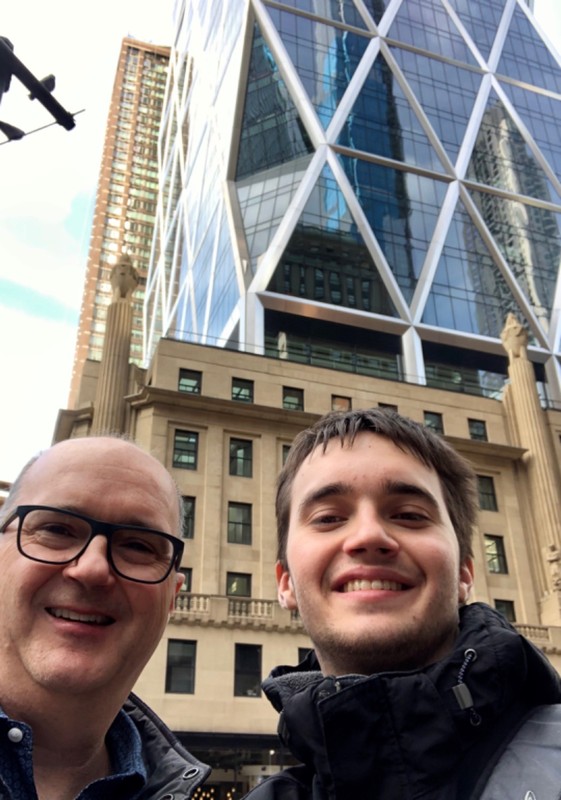 Bird-of-the-day to the Golden-crowned Sparrow, with runners-up to some probable Fish Crows I saw along the Long Island Rail Road. A great day!

Posted by skwclar 19:54 Archived in USA

Henry you are a birding rock star!!!

Divinely orchestrated morning. It was a blessing to meet you! I will be following this blog to learn more! May God Bless You ALWAYS!!! ????????