Today, I woke up at the absolutely ungodly hour of 4:50am because I had one mission: pelagic birding! After taking that cruise over winter break, I have yearned for pelagic birding which may just be one of my new favorite types of birding! Out at sea, a completely different avian world awaits any birder who has the perseverance to get out there. I had been hoping to join two pelagic trips this winter led by the East Coast “Paulagics” company, but unfortunately both were cancelled due to high seas, so I knew I had only one other option for pelagic birding: the Block Island Ferry. Block Island, off the coast of Rhode Island, is served by many different ferry options in the popular warmer months, but only one steadfast ferry to Point Judith, Rhode Island serves it throughout the dead of winter. In order to get to the ferry, though, it was a hell of a trek: bus, two loooong train rides, and an uber, and this was all hoping that the ferry wouldn’t be cancelled like it was yesterday. I calculated the total cost of the day, though, and it came out to $138, a full 60 dollars less than the dedicated pelagic trips! My target bird for the day was probably an Alcid (puffin family) species called the Black Guillemot, which has been seen off the ferry on recent days. Like many birds, this species’ name is a misnomer in the winter since it is almost completely grayish white, hah! If I was lucky, I might also see a Dovekie, another uncommon species of Alcid. Other target birds included Razorbill, Common & Thick-billed Murres, and Black-legged Kittiwake. Hopefully, the pelagic birding gods would deliver on that 55-minute ferry ride!

I was treated to an incredible Connecticut sunrise on the train ride there; unfortunately the iPad photo from the train doesn’t do it justice. 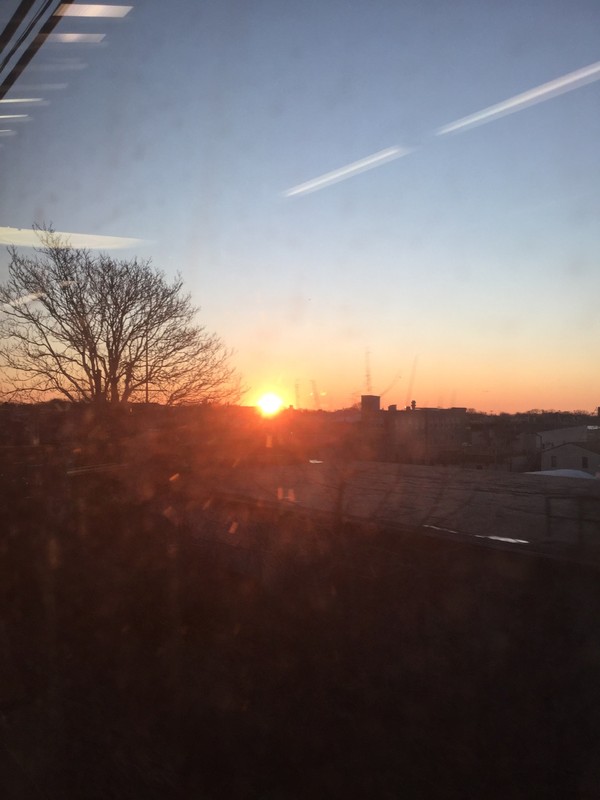 As soon as I got on the ferry I headed to the bow of the ship and immediately spotted this oddly-cute seal: 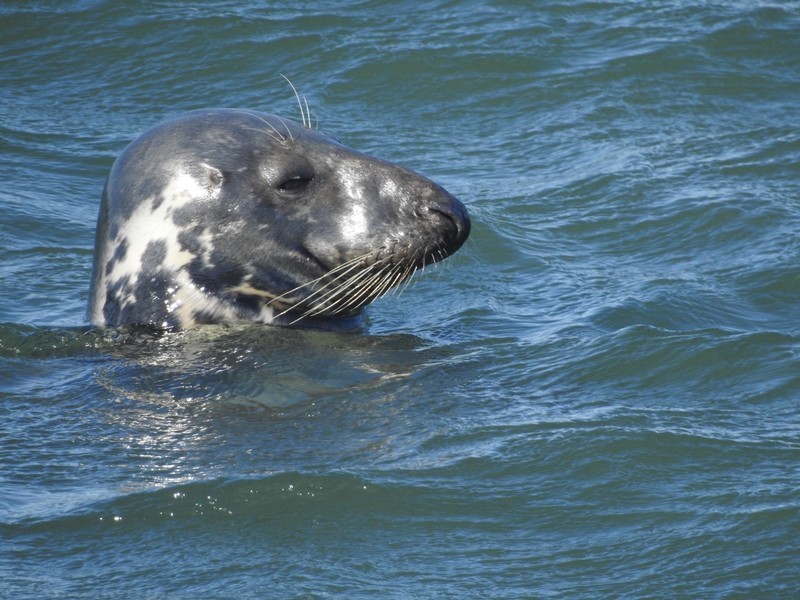 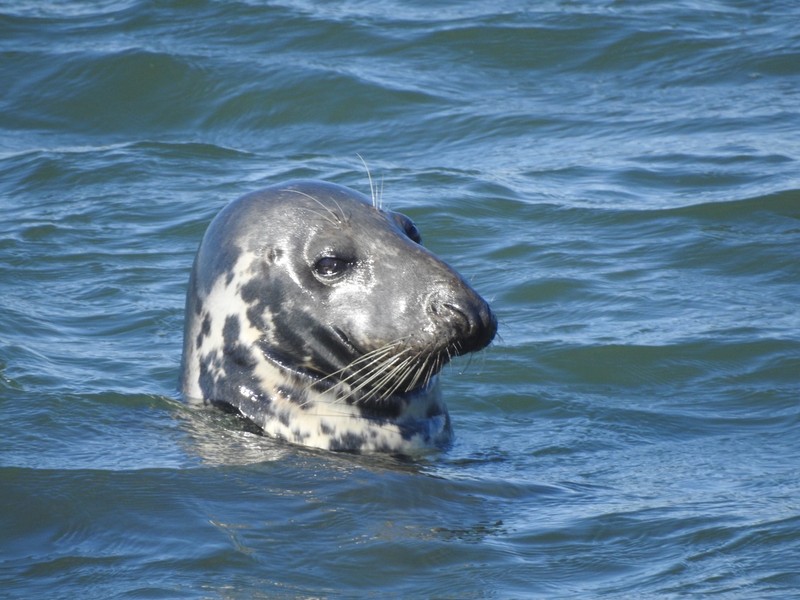 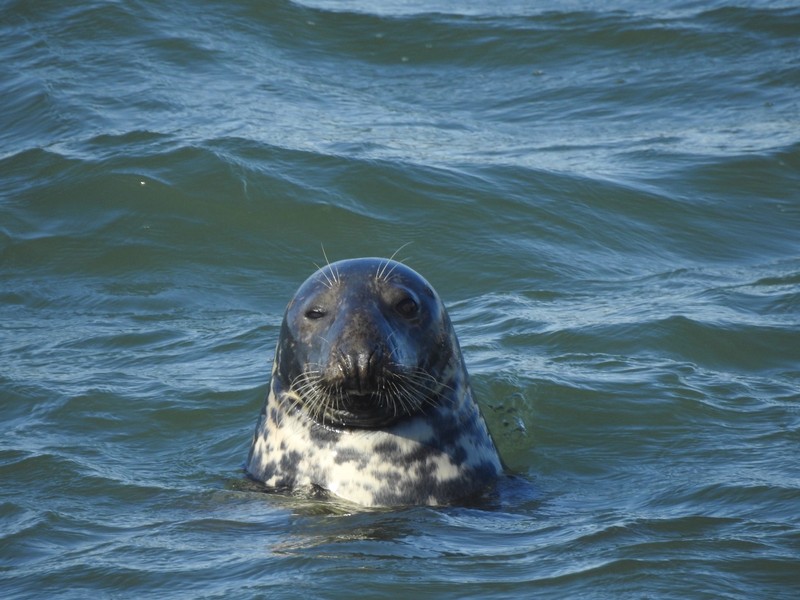 As well as a COMMON LOON: 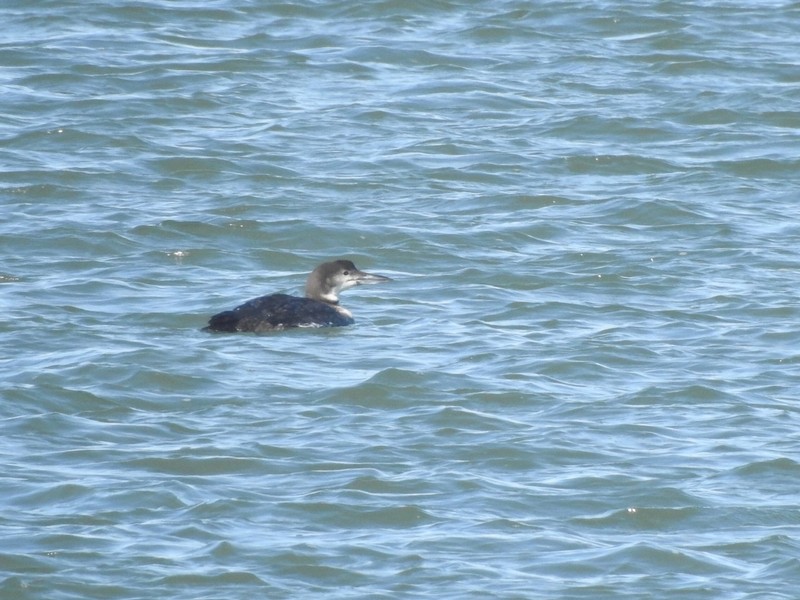 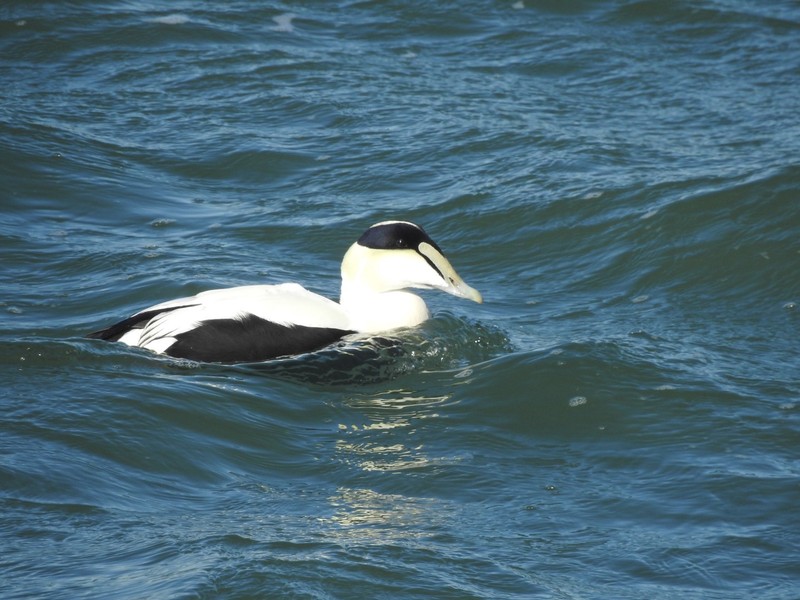 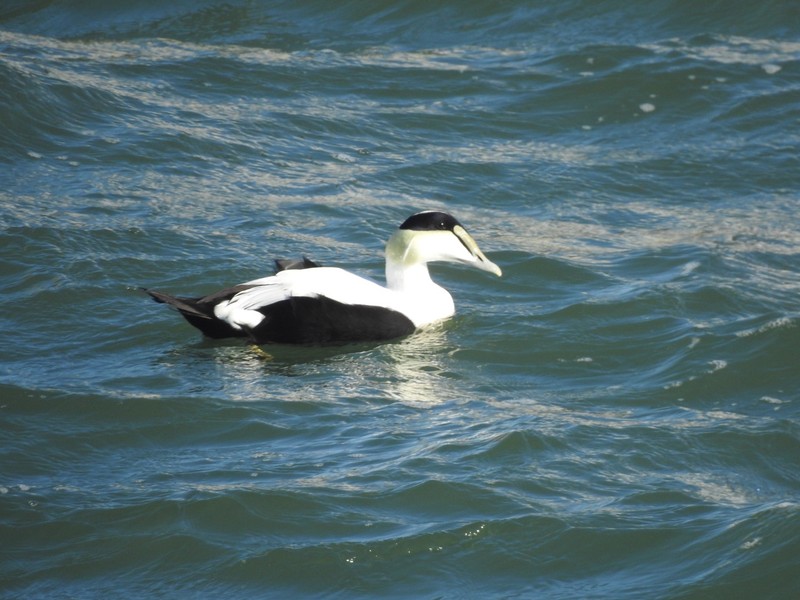 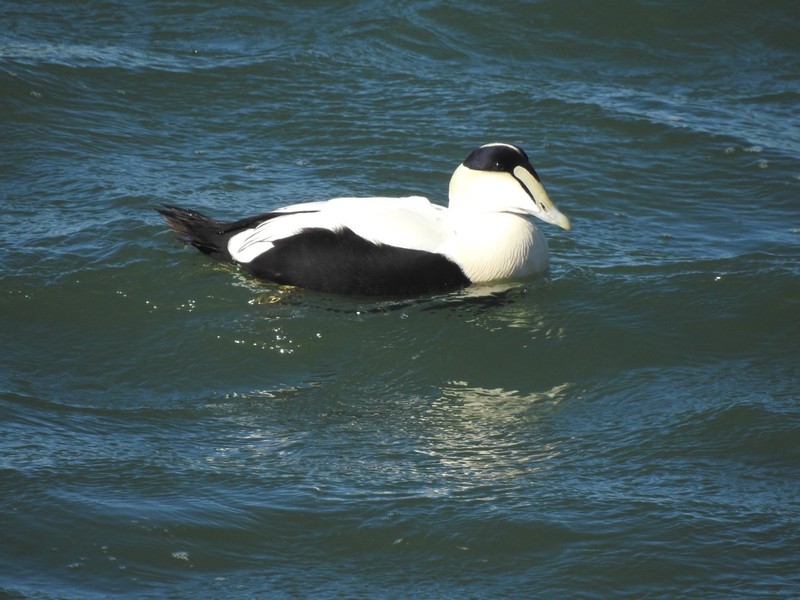 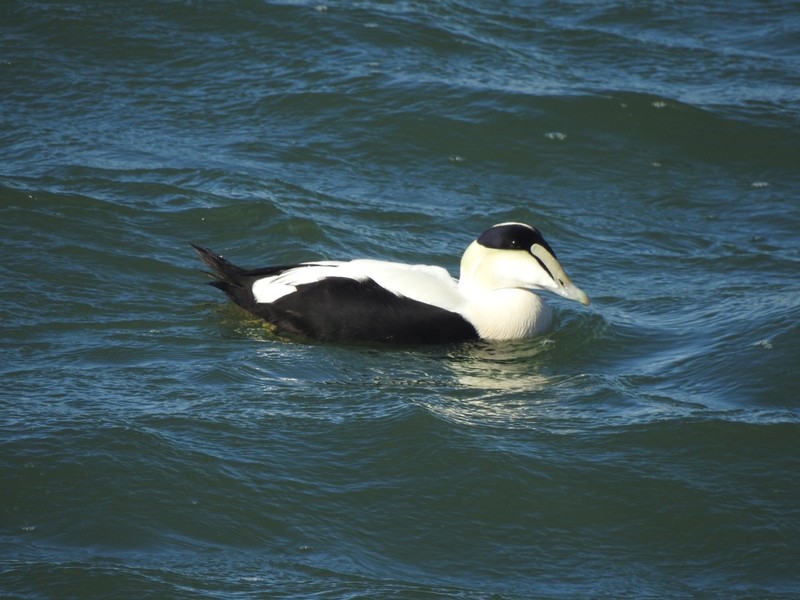 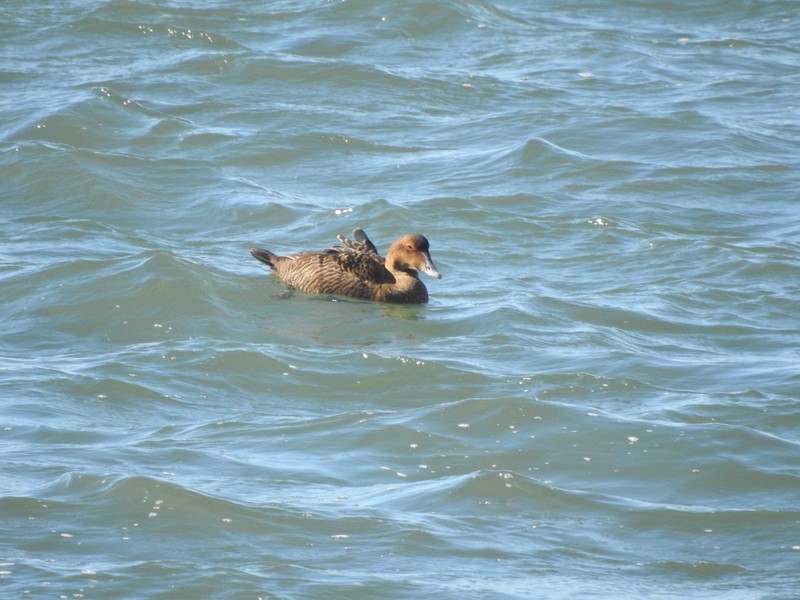 And this gorgeous male RED-BREASTED MERGANSER: 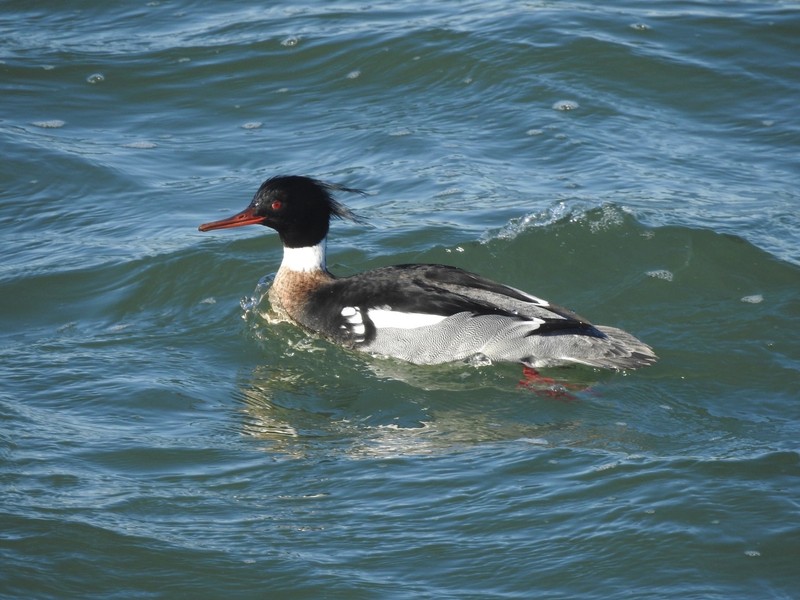 Then, it was time of the hour-long crossing of the Long Island Sound to get to Block Island. It was fun to be out pelagic birding again but remarkably lonely not to be joined by the Irish birders on the Coral Princess. 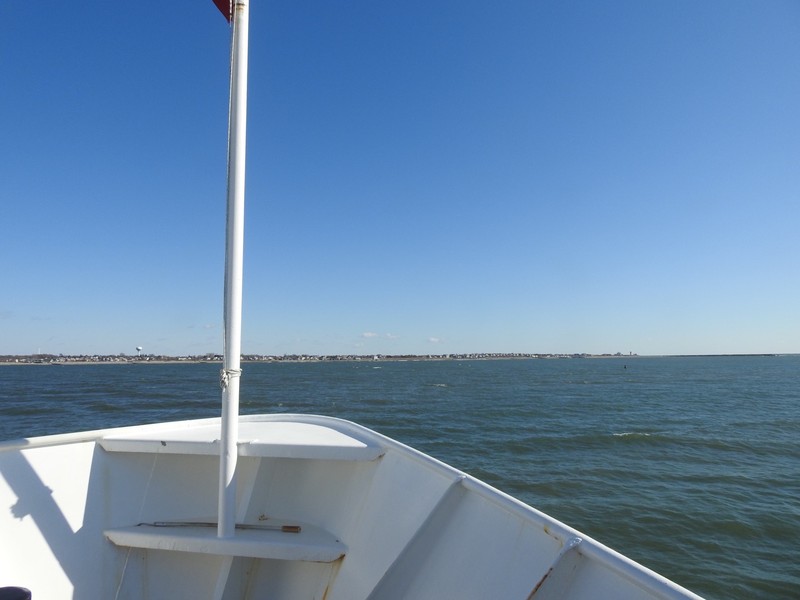 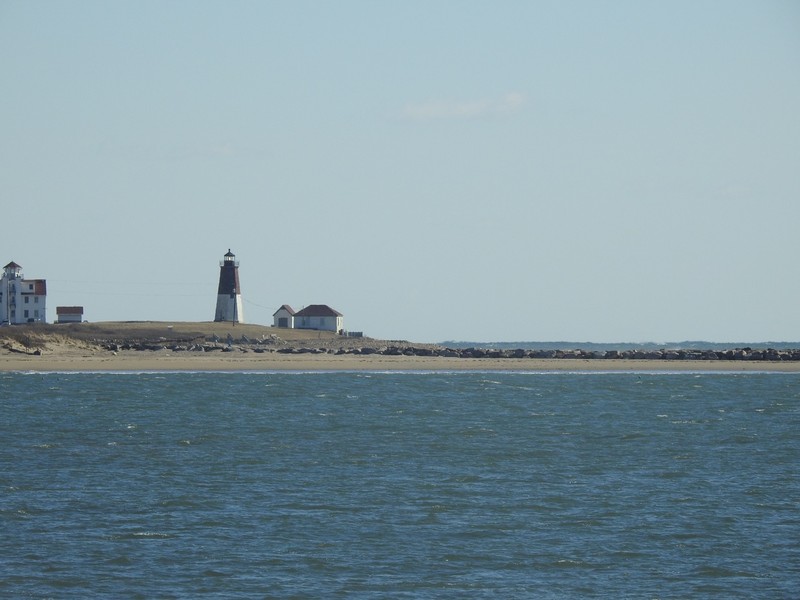 As promised, flocks of thousands, even millions of waterfowl flew by. Here is just a tiny snippet highlighting two WHITE-WINGED SCOTERS with BLACK SCOTERS & COMMON EIDERS in the background. I was constantly keeping an eye out for Alcids. 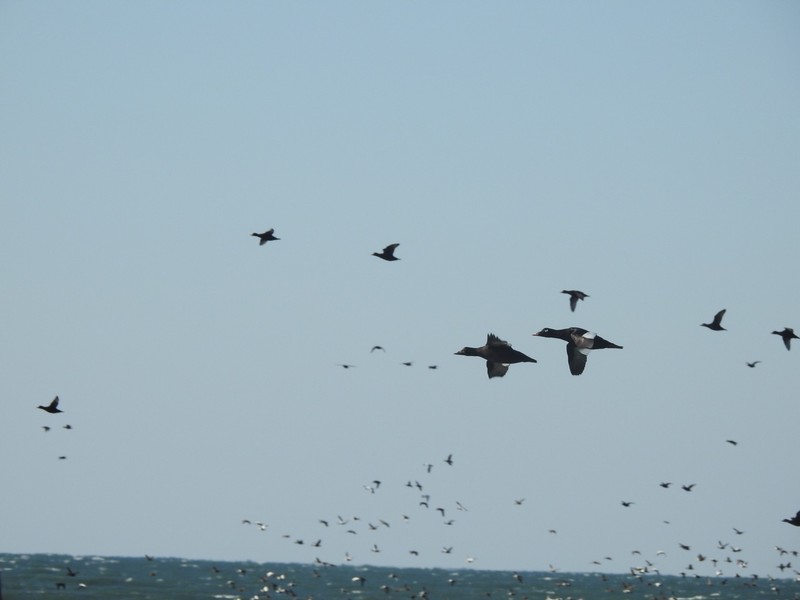 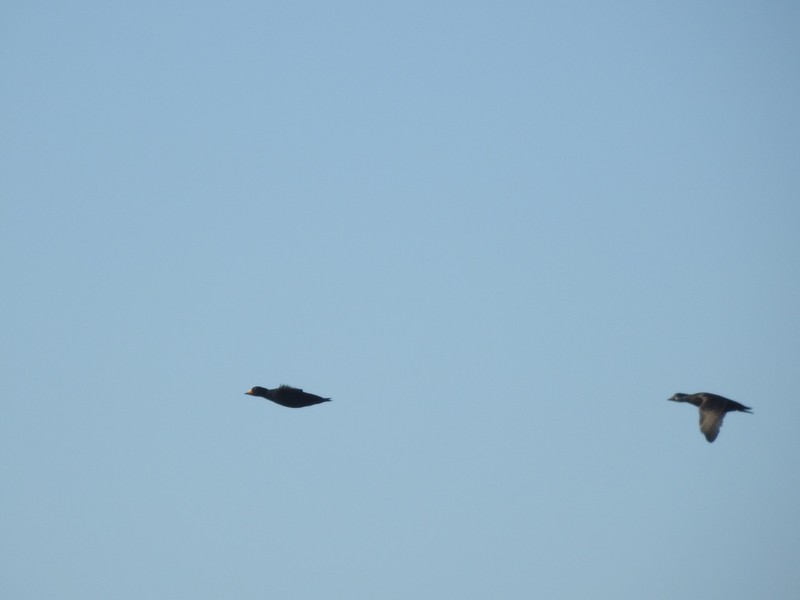 And with these SURF SCOTERS, I had seen all three scoter species for the area! 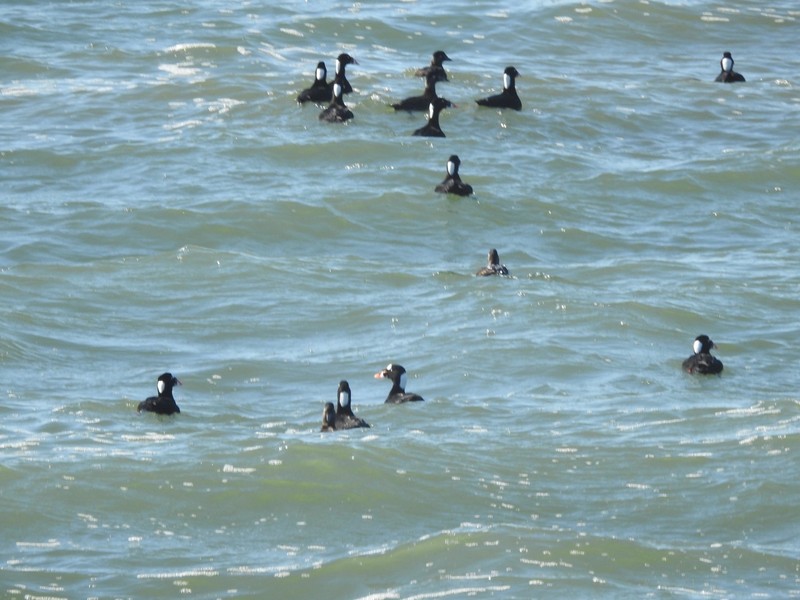 Soon, it became evident that the bow was not the place to be as the ferry crashed down onto the ten-foot swells, soaking everything and everyone. 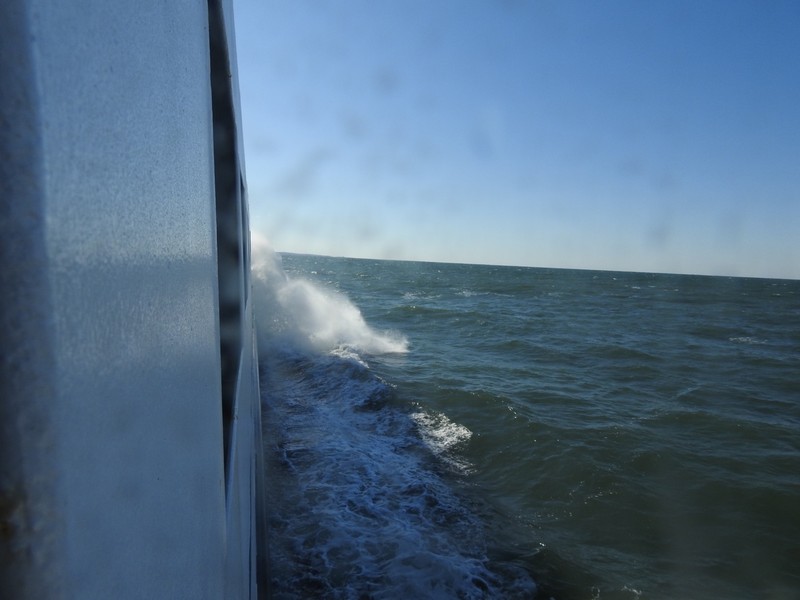 And not much longer afterward, I saw my first Alcids of the year in the form of RAZORBILLS! Awesome! These guys fill the niche that penguins fill in the Antarctic. Although Razorbills, with their namesake heavy bills evident, are the “expected” Alcid species, any day with an Alcid is a great day! 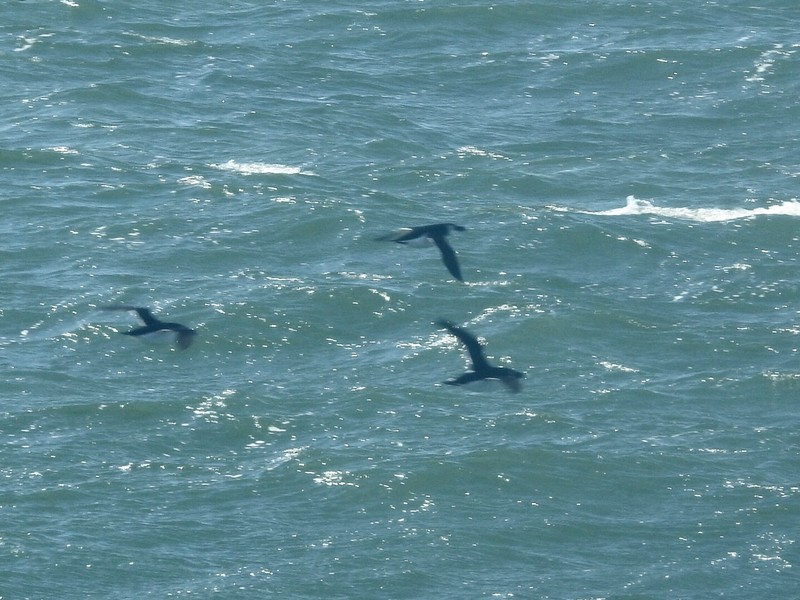 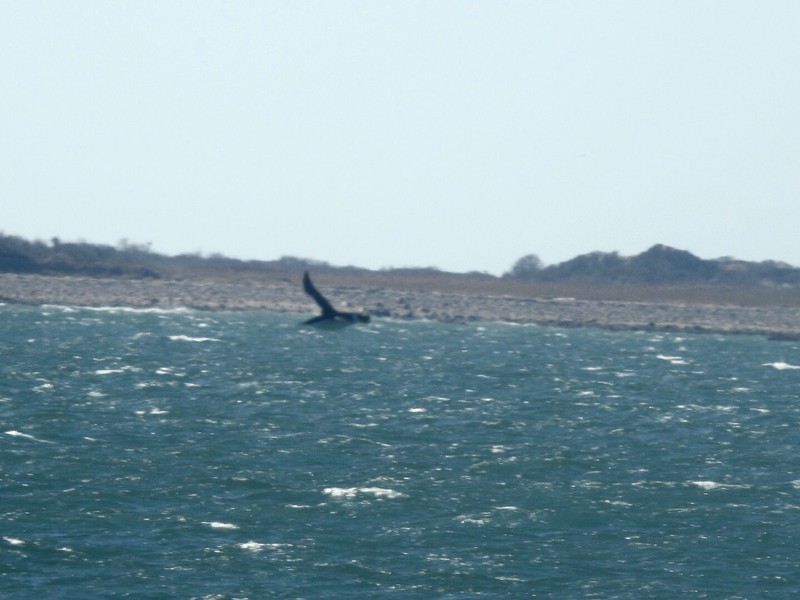 WHITE-WINGED SCOTERS in front of Block Island, which the ferry was now beginning to approach: 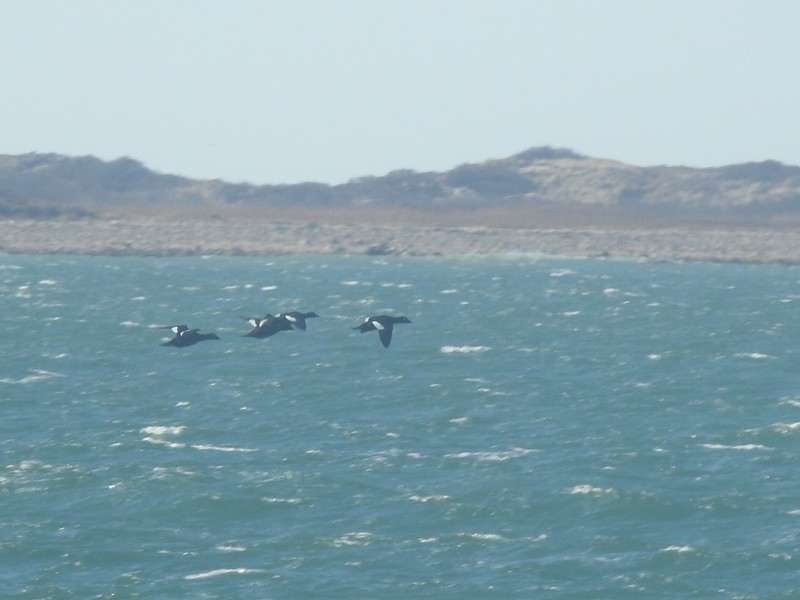 Then, I saw a small gull sitting with two BLACK SCOTERS and the little dark crown patch on the side of its head, as well as that diagnostic yellow bill make it a BLACK-LEGGED KITTIWAKE (white bird on the left). So awesome as this is only the second time I have seen this species!!! 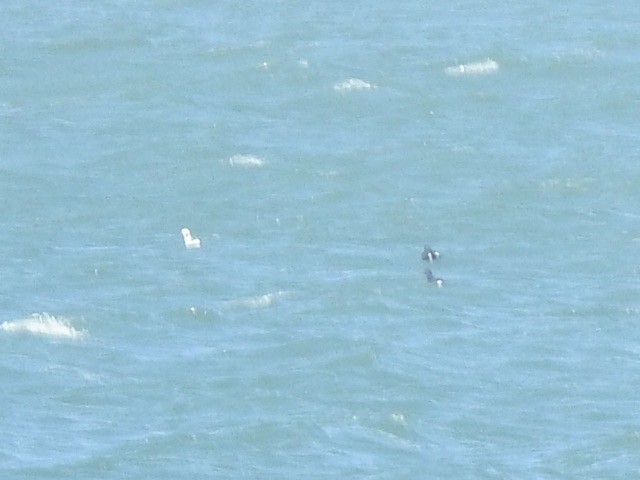 BLACK SCOTER as the ferry pulled into Block Island. 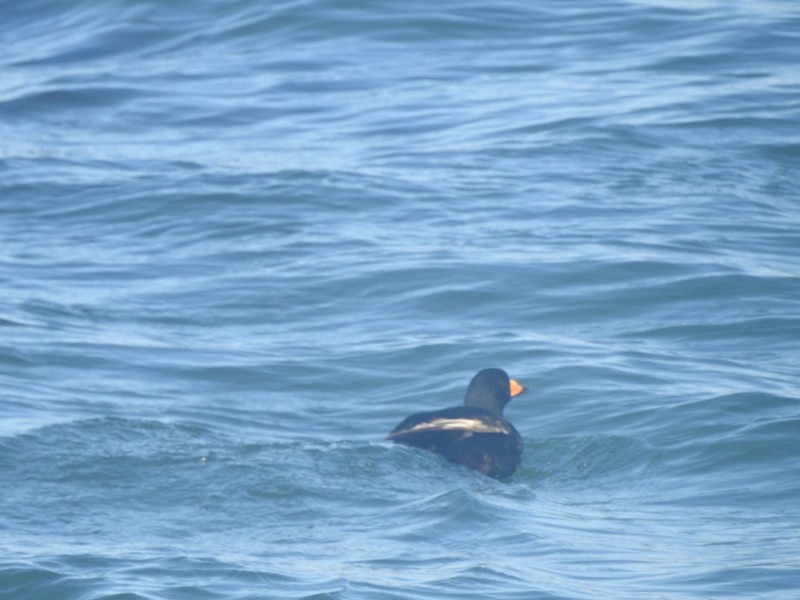 Then, as I searched for a place to eat on the Island (which was not an easy task considering it’s the “slow season” here), a FISH CROW posed for me: 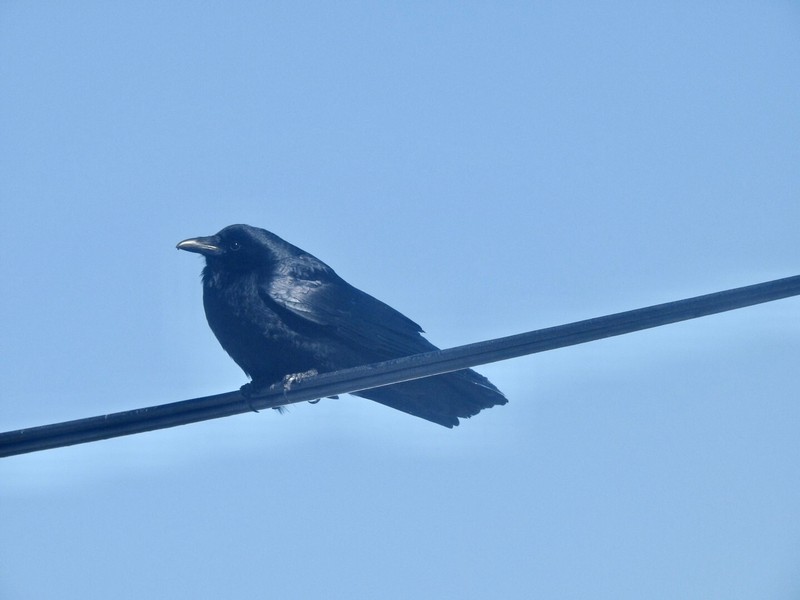 Before I knew it, by two in the afternoon the return Ferry was already on its way back to the mainland: fingers crossed for more Alcids and other species! Upon boarding, I immediately spotted these two GREAT CORMORANTS resting among more common species on the breakwater rocks. The Greats can be told from the Double-crested by their white patch just below the beak. 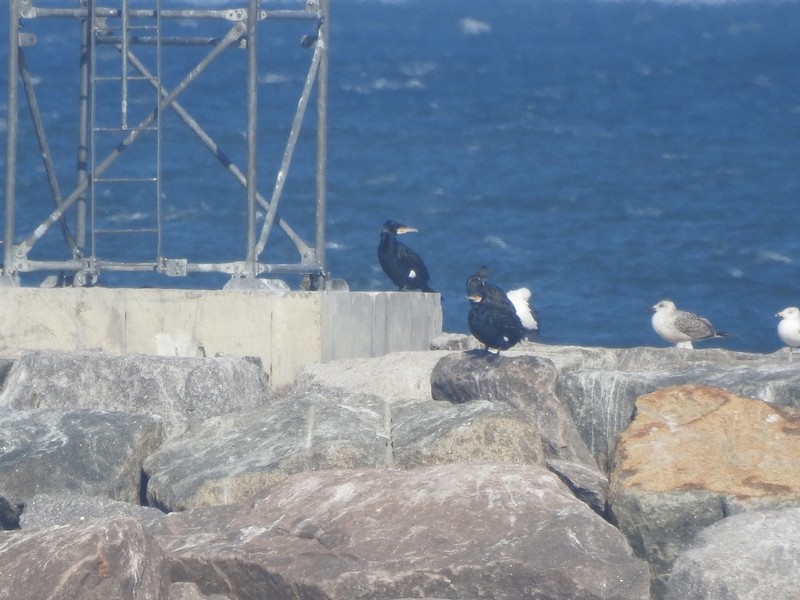 BUFFLEHEADS were in the harbor: 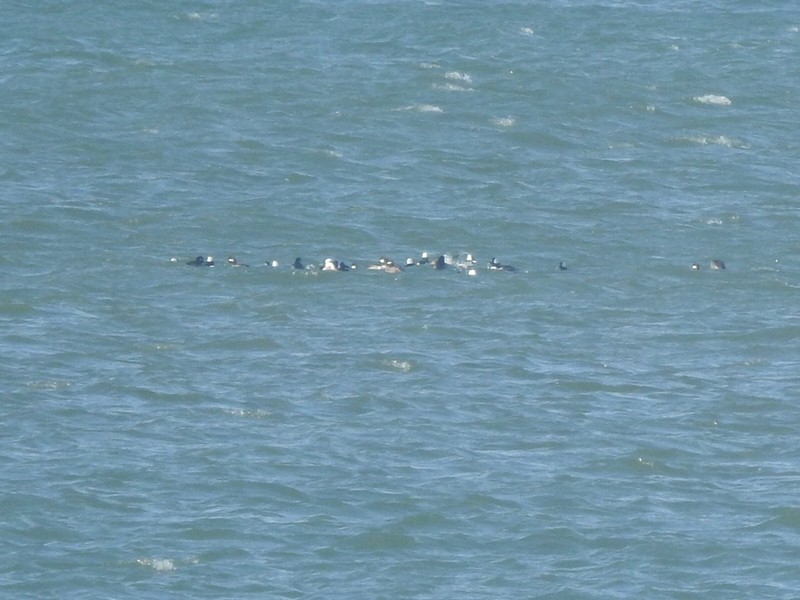 On the ride back, I got extremely lucky: at one point, I spotted this pale-white alcid with bright-red feet: yep I got it! BLACK GUILLEMOT!!!!! Incredible, life bird! 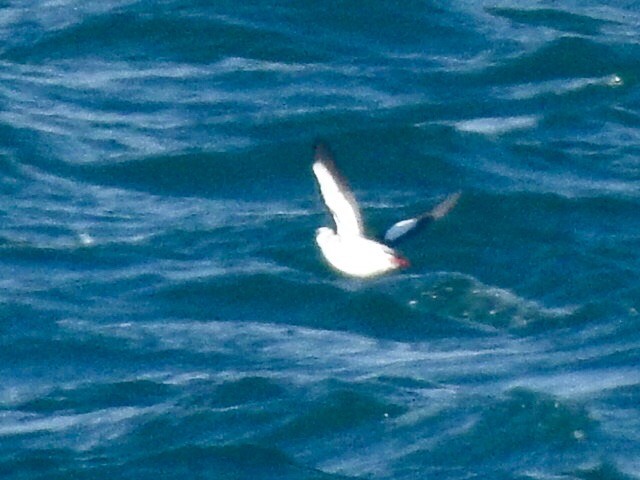 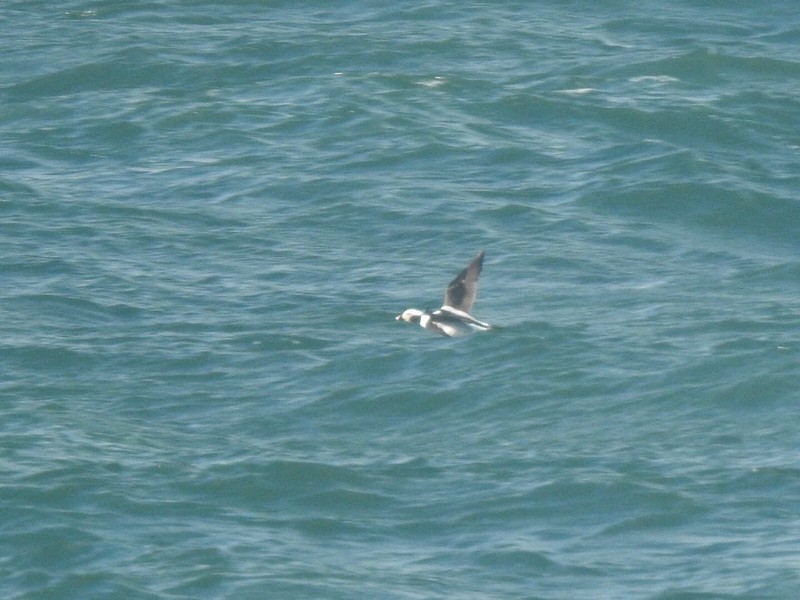 And then, a tiny, round-shaped Alcid quickly flew parallel to the ferry at one point. It had white trailing edges on its secondaries, a noticeably-thin “chinstrap,” and a cute, tiny bill: DOVEKIE! Another target bird for the day, and another bird I had only ever seen once before! 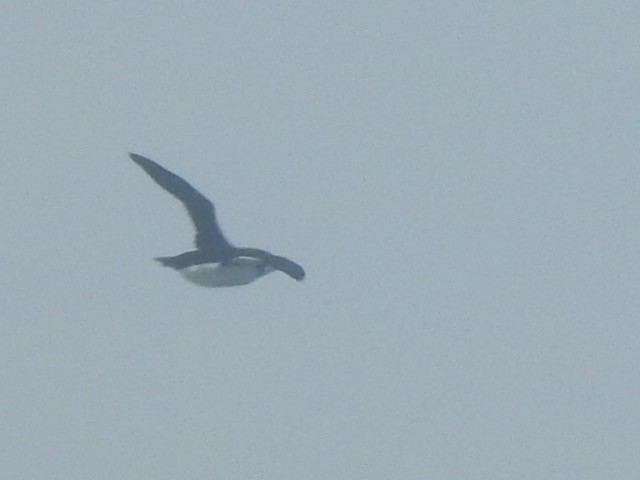 The rest of the ferry journey was fairly quiet — the Dovekie ended up being my last bird photo of the day. So, it was back to Manhattan on the Amtrak! Bird-of-the-day to my life bird Black Guillemot, with runners-up to the Black-legged Kittiwake & Dovekie. A GREAT day of Atlantic pelagic birding!!

Posted by skwclar 13:15 Archived in USA