Today my family and I took a driving tour of the beautiful mountainous area near out comfortable hotel beside Lake Hawea.

Our first stop was for a small walk to some beautifully colored ponds called the Blue Pools (what an inventive name :-). Before we arrived at them, however, I found a few TOMTITS (South Island Subspecies):

This one is beside its nest: 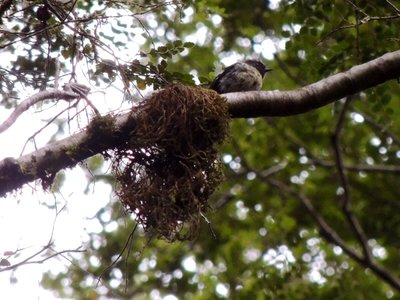 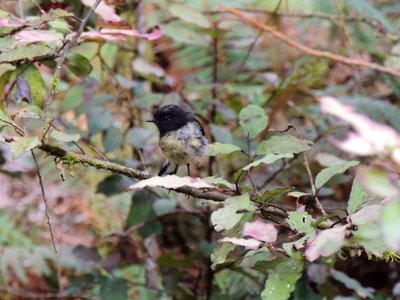 A pair of them: 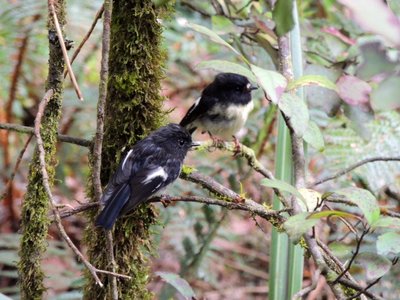 You can clearly see why these where named the Blue Pools: 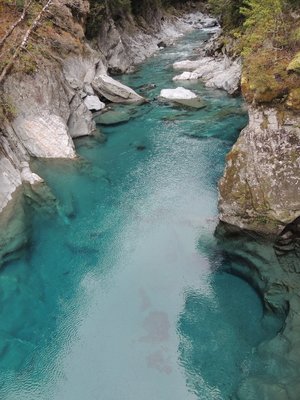 A pretty river near there. Going along with the theme of obvious names, they should call it the Blue River: 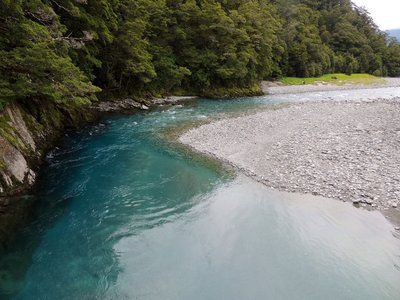 Our second stop was at the majestic Thunder Falls. Only a slightly better name. 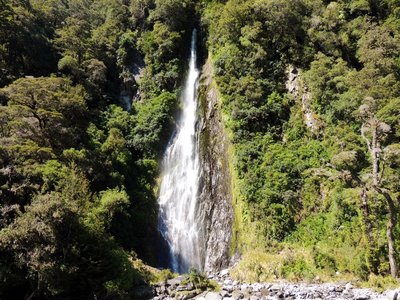 Our third stop was to a pretty waterfall of which I forgot its name, and on the trail to it I saw these odd mushrooms: 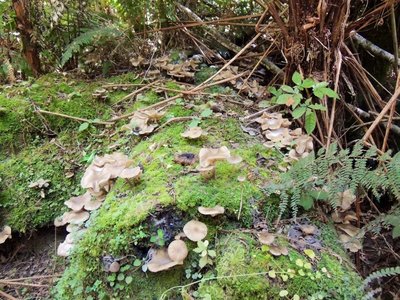 Since I forgot this waterfall's name, I will come up with another obvious, boring name for it. How about Pretty Falls? Falling Falls? :-) Whatever the name may be, I have now seen seven major waterfalls in New Zealand. 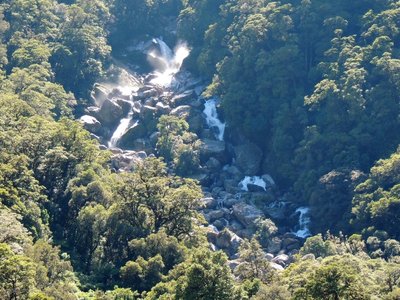 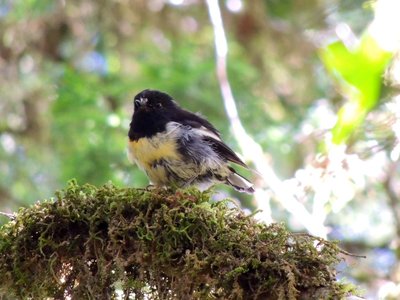 Since I didn't get any life birds today, the bird-of-the-day award will go to the TOMTITS which where the only birds to allow for photo ops today. Hopefully I will see more birds tomorrow when we travel to Glenorchy, another cure town nestled in the highlands of the Southern Alps (New Zealand's only true mountain range).