Today was a great full day in Queenstown, New Zealand's fifth largest city, I believe. Depending on when my wifi will cut me off while writing this, I don't know how many, if any, photos, I will get to include on this post.

The main activity of the day was biking along the beautiful lakefront along Lake Wakatipu: 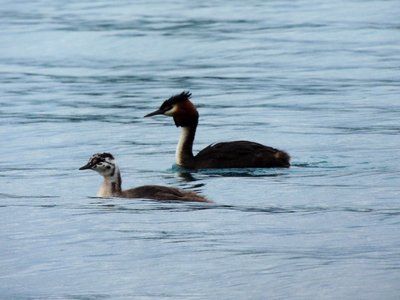 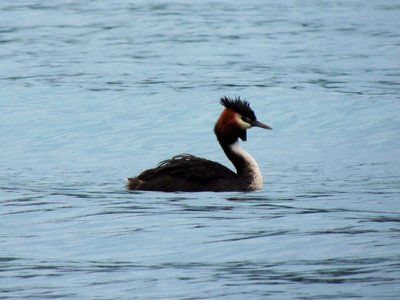 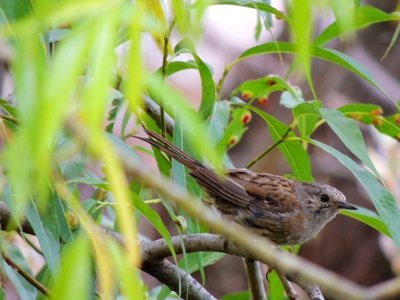 This quirky NEW ZEALAND SCAUP did its courtship display for me: 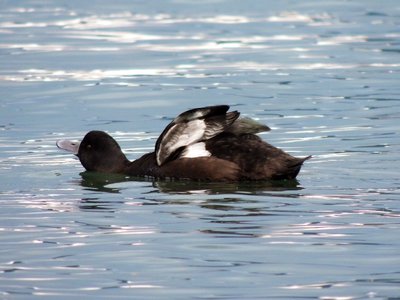 Here is a photo of it behaving like a normal duck: 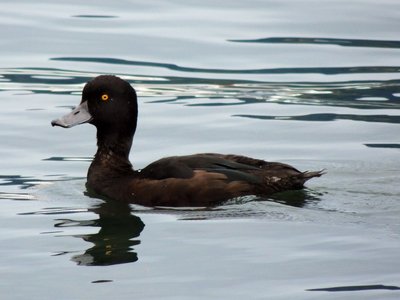 I am very sad to say that today is my final day in New Zealand. That means that I will list my favorite birding excursions from the trip:

Getting introduced to New Zealand birds on our arrival day, January 13, including the rare New Zealand Dotterel.

Going on a bus tour to Cape Reinga, the northernmost accessible point in New Zealand, and seeing Black-winged Petrel as well as three tern species: White-fronted, Caspian and the endangered Fairy Terns.

Kayaking to an island with my mother and sister and seeing the endangered New Zealand Dotterel.

Hearing the Brown Kiwi sing in a forest near the Bay of Islands.

Two days after picking up my dad, we stopped at the Miranda Shorebird Center and saw some amazing shorebirds. The diversity of shorebirds included Royal Spoonbill, Pied and Variable Oystercatchers, Spur-winged and Pacific Golden Plovers, Pied Stilt, Banded Dotterel, Lesser Knot, Wrybill, Marsh and Sharp-tailed Sandpipers, and Bar-tailed Godwit (this bird has the longest nonstop flight of any living creature).

A stop at Mt. Bruce Wildlife Sanctuary between Hawke's Bay and Martinborough gave me my life bird Kakas, or Forest Parakeets, which are large, maroon-colored parrots.

Going to Zealandia Wildlife Sanctuary near Wellington with my dad. We saw amazing birds such as Little Spotted Kiwi and more Kakas.

While traveling from the North Island to the South Island, I saw Sooty Shearwater and White-faced Storm-petrel, as well as three amazing White-capped Albatross from the ferry.

Going on the overnight cruise to Doubtful Sound and seeing Sooty Shearwater as well as White-capped, Salvin's, and Buller's Albatross.

Best bird-of-the-trip to the LITTLE SPOTTED KIWI which allowed for photos. Runners-up to the BROWN KIWI which didn't allow for photos and the five species of albatross I saw: Wandering, Royal, White-capped, Salvin's, and Buller's Albatross. It has been a wonderful first leg of the journey!

Tomorrow we will head to the Great Ocean Road in Australia. Some birds I am hoping to see in Australia include Ferry Penguins, Budgerigars and other parakeets in their natural range, a species or two of birds of paradise, Laughing Kookaburras, and much, much more!

I am SO excited!

Have a wonderful time in Australia. Love, AM