Day 35: Truly the Land Down Under

You wouldn't believe what my first bird of today was. It was one of the rarest birds I have ever seen in my life. Actually there is only one individual left in the world.

It was a BROWN KIWI (Stuffed Animal Subspecies)! My sister, despite it being against the law to touch an endangered bird, had even managed to capture it (!): 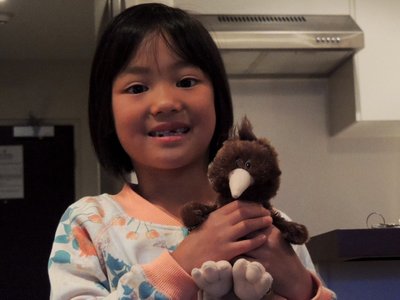 OK, maybe it was only a toy kiwi. I was too groggy to tell, anyway. It was six a.m. folks, give me a break! I guess I can't count it on my life list because it was a negative identification.

Enough with my lame attempt at humor. The main event of the day was traveling from New Zealand to Australia, truly the "Land Down Under." We flew on the "cheapo" airlines in the Australia area: Jetstar. It was a pleasant flight from Queenstown, New Zealand, to Melbourne, Australia. In the early part of the flight I snapped this photo of my last few glimpses of New Zealand: 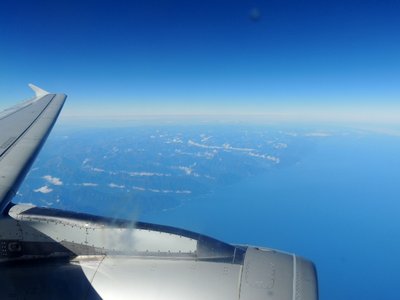 Then, I zoomed in on the coastline and surprisingly found Doubtful Sound, the fjord in which my family and I took a night cruise a couple of days ago! Here is a bad photo of the mouth of Doubtful Sound: 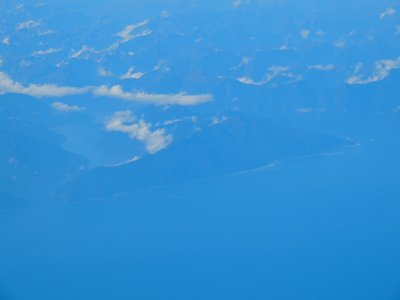 The flight, despite being a bit cramped, was overall nice and the lines at both airports were bearable.

After picking up our rental car, we soon started our journey on the Great Ocean Road. Along the road, unique species such as STRAW-NECKED IBIS, AUSTRALIAN BUSTARD (a very unique bird!), SPOTTED, BROWN CUCKOO- and PEACEFUL DOVES, BANDED and SPUR-WINGED LAPWINGS, LITTLE and AUSTRALIAN RAVENS, and raptors such as AUSTRALASIAN HARRIERS, SQUARE-TAILED and BLACK KITES, and BLACK FALCONS were seen, as well as a wealth of more common species, of course.

The first stop was at a nice beach, where I saw some good birds including the following:

This was a very interesting duck. Not only was it a hybrid Mallard X Grey Duck, but it was a leucistic (part albino) individual, also: 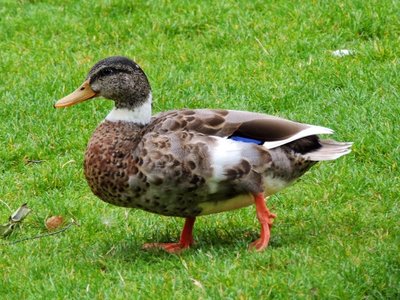 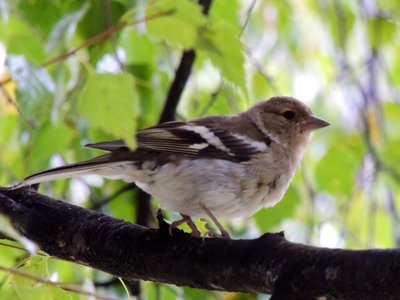 AUSTRALIAN MAGPIE. I noticed that the individuals in Australia have more white on their plumage than their darker cousins in New Zealand: 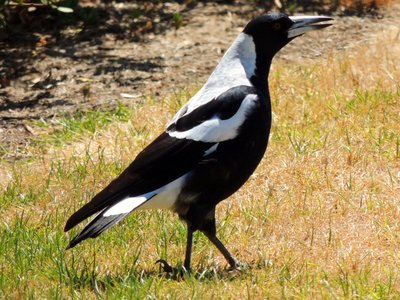 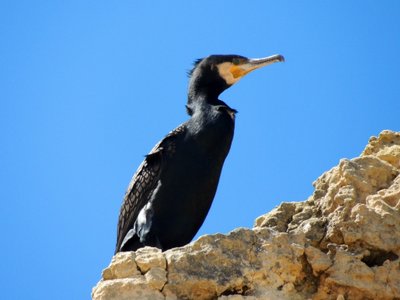 The last noteworthy avian species at that stop were these AUSTRALIAN WOOD DUCKS: 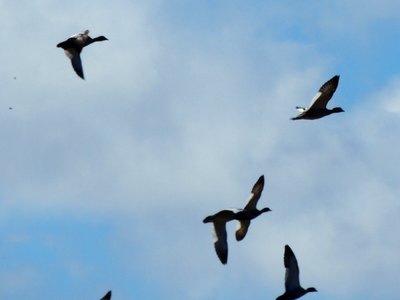 After about an hour of driving, we passed through a village and my mom hollered for my dad to pull over because she saw some large, white birds perched on a certain building and in the nearby trees. They turned out to be SULPHUR-CRESTED COCKATOOS: 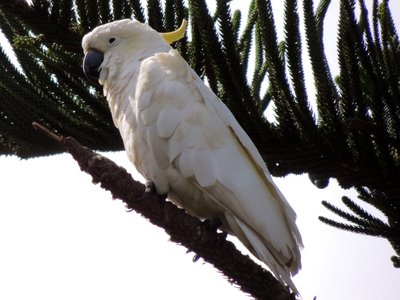 Then, we found this sign that warned not to feed them: 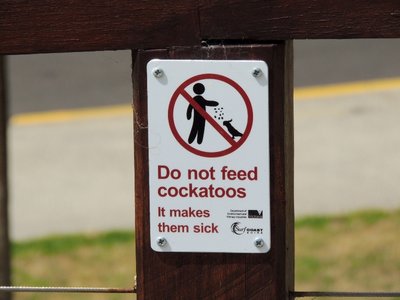 The remainder of the drive was beautiful because we were on the Great Ocean Road, of course, but the only noteworthy bird seen was a lone, unmistakable GANG-GANG COCKATOO. I was unable to obtain photos of it because we were on the highway, but I saw it clearly. It was a medium-sized, jet-black parakeet with a brilliantly scarlet head.

After we unpacked at our hotel for the night, I did some birding on premises, which included seeing these NEW HOLLAND HONEYCREEPERS: 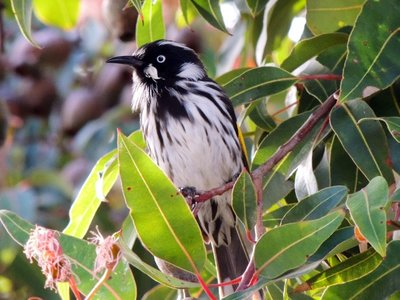 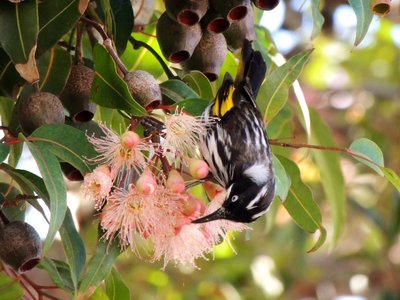 Before a delicious chicken dinner, I managed to slip in some birding while watching Pearl while she played at the playground. 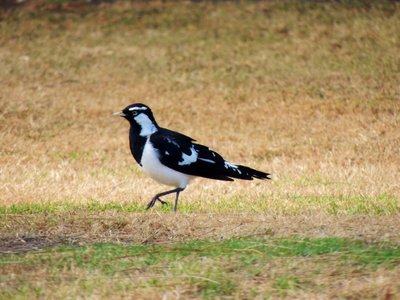 WILLIE WAGTAIL. The name of this bird sounds more like a cartoon character than the official name of an avian species. 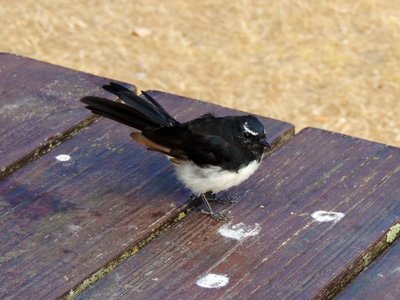 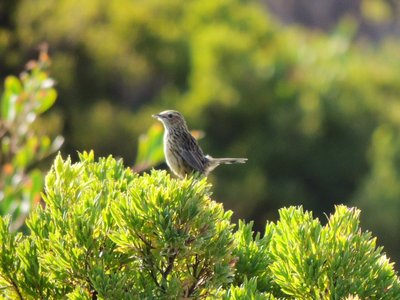 Bird-of-the-day to WILLIE WAGTAIL, a silly life bird as well as one that allowed to be photographed. Runners-up to these equally if not more magnificent life birds that I didn't manage to photograph: AUSTRALIAN BUSTARD, BLACK FALCON, and GANG-GANG COCKATOO. It was a very productive day of birding, and I am sure that it will just get better from here.

Touching back on New Zealand, I discovered that I gained 88 life birds in New Zealand and 15 so far in Australia today. It has been a wonderful trip so far. Stay tuned, because tomorrow we continue our tour of the Great Ocean Road on the southern coast of Australia. I have some great birding stops planned, including possibly seeing the endangered Rufous Bristle Bird!

Posted by skwclar 02:34 Archived in Australia

Your blog writing is really captivating the reader! Great way to get our attention with the cute story of Pearl and her toy!

Henry, your pictures are just gorgeous - wonderful closeups of the birds, which make me feel like I'm right there. I like your commentary as well. Thank you!