Today was my first full day in Australia. I birded a bit near the motel before we started our driving trip for the day. The only noteworthy avian species where two species of wattlebirds, which you can compare in the next two photos: 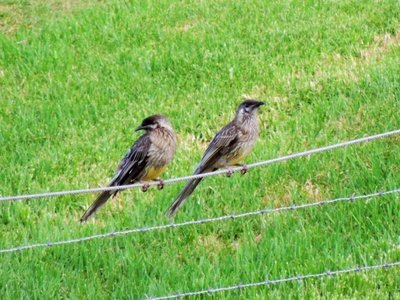 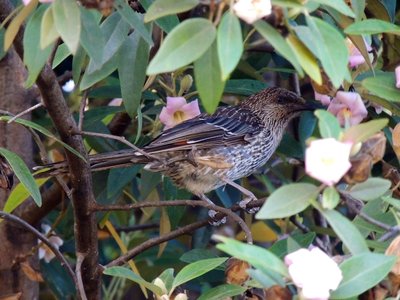 Just as we were starting our drive, I picked up two nice parakeet species: SULPHUR-CRESTED COCKATOO and GALAH. Other than those birds, our first leg of the drive was pretty bird-free. Our first stop was at a pleasant walk in the rainforest in Great Otway National Park. Even though GREY and RUFOUS FANTAILS as well as the rare BASSIAN THRUSH were relatively abundant throughout the walk, they didn't allow for photos. Only one bird, an EASTERN YELLOW ROBIN, did: 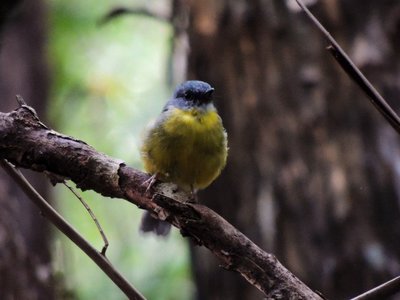 For the next leg of our driving journey, we followed directions given by our motel owners to a great road for spotting koalas. When we arrived on that road, my dad advised us to keep our eyes out for them. Then, less then a minute later, I hollered "I SEE ONE! KOALA!" My dad slammed on the brakes, we hopped out of the car, and sure enough, we saw the first of a whopping SIXTEEN koalas today! They were all insanely cute, fat, and adorable balls of fur. Here is a picture of one; I am not sure it is showcasing the first one, but it was the best photo I got today: 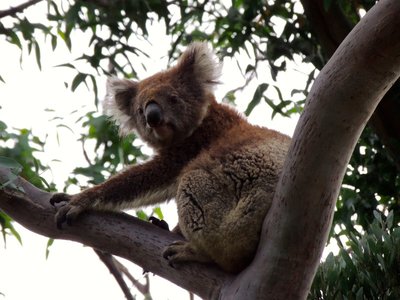 We continued driving and continued seeing koalas. The next stop was impromptu when I spotted a good place for birding. Here are a couple of photos of some nice Australian specialties I saw there: 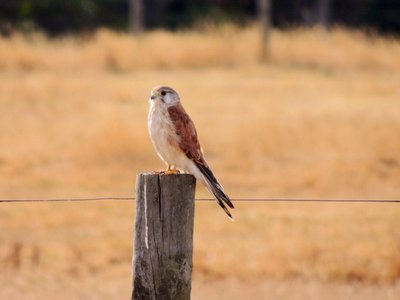 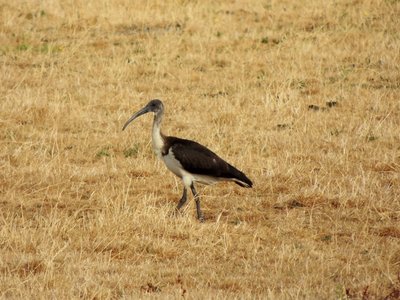 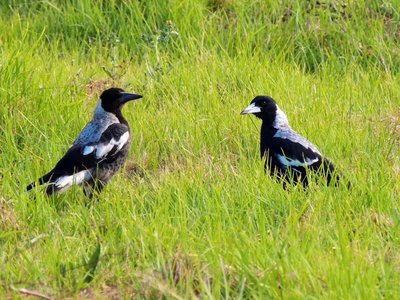 Also seen at that stop was a distant but remarkable WHITE-NECKED HERON.

The third wildlife stop of the day was at a place where we saw a wealth of koalas and parakeets. Some parakeet species seen were YELLOW-TAILED BLACK, GANG-GANG, and SULPHUR-CRESTED COCKATOOS, LITTLE CORELLA, and CRIMSON ROSELLA. With that last push of parakeet species, that made six parakeet species seen in less than twenty-four hours. Amazing! Here is a photo of a juvenile male GANG-GANG COCKATOO I saw: 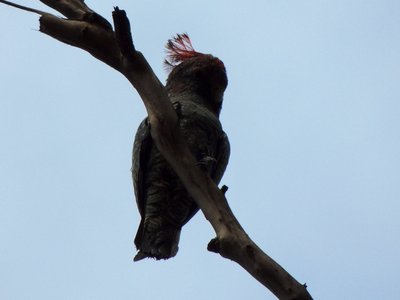 Sadly, after that stop, my camera ran out of power, but I thankfully had my sister's camera, which works well if the birds you are photographing are very close to you. At our fourth stop for an elevated walkway through the rainforest canopy, I saw this SUPERB FAIRY-WREN, which I managed to get a surprisingly good photo of, despite only having a pocket camera: 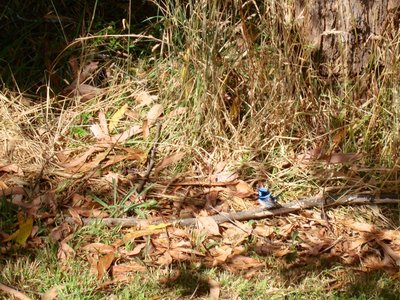 Also at that stop I heard but did not see my life bird LAUGHING KOOKABURRAS, an iconic Australian bird.

Our last few stops on the driving tour were to admire the famous Twelve Apostles, which are huge rocks that rise out of the water just off the coast. There are only actually 8 noteworthy rocks remaining; the other 4 fell into the sea in the last century due to erosion. Because of the lack of proper photographic equipment mentioned above, I chose not to take pictures of this with my sister's little pocket camera. They are quite amazing; you should really look them up on the internet and see what they look like.

Here is the list of birds seen today, with life birds indicated by **these:

The rest of the day was uneventful, and now we are settled in at our comfortable motel for the night. The bird-of-the-day award today will be shared by Nankeen Kestrel, Straw-necked Ibis, and Gang-gang Cockatoo. Runner-up to the seen but not photographed impressive White-necked Heron.

Stay tuned, because tomorrow we travel back to Melbourne.

Posted by skwclar 02:16 Archived in Australia

So glad you are getting to see some of Australia's amazing wildlife Henry!
Gabby