After over a month of deprivation from birding due to an extremely busy schedule, I finally got out today to find gulls and diving ducks along the Chiago lakefront.

It was blustery and a mere eleven degrees out, which made birding and especially photography...painful. Luckily (or, unluckily), there were nearly no interesting birds because Lake Michigan was iced over as far as the eye could see! After over an hour of walking south on the lakefront, I finally found an open puddle near the Adler Planitarium that held a moderate assortment of diving ducks. Sadly, none of them were rarities/life birds. Species included in this "raft" of ducks are REDHEAD, RING-NECKED DUCK, MALLARD, GREATER &LESSER SCAUP, COMMON & RED-BREASTED MERGANSER, and COMMON GOLDENEYE: 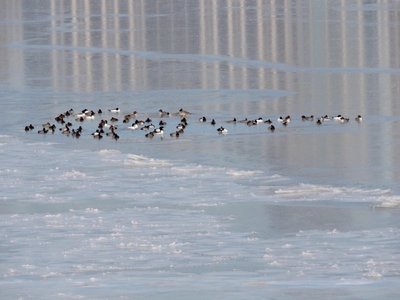 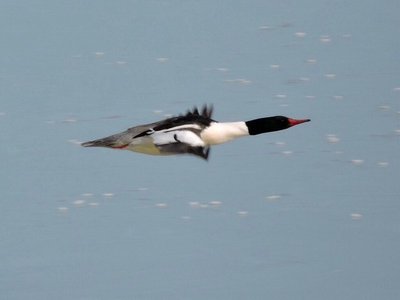 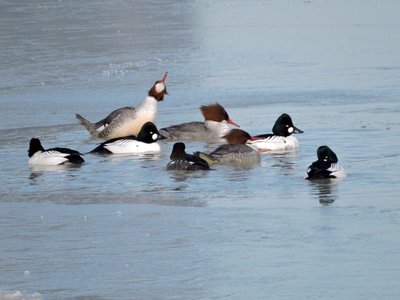 At least the skyline was pretty today. Note the ice in Lake Michigan. 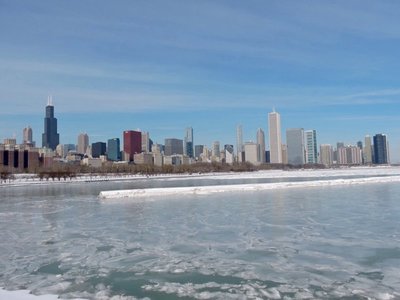 And now, we in Chicago have at least 10 more days of temperatures in the teens during the days and around zero at night. Normal February temperatures are daytime highs in the mid-thirties. Good times, good times.

Stay tuned: I am getting excited for my birding trip to southeast Arizona over spring break, the last week in March!